Crafting….yeeees right up my street. As any of my followers may know (mainly on Insta and Facebook), I love to create scrapbook pages for my daughter and preserve memories. So when I was approached by Viking Office Supplies to get all creative for the 400th Anniversary of Shakespeare’s death, I was keen. Now granted, the anniversary was in April and I am a tad late. This was due to moving house and all the upheaval!

Anyhow, I enjoyed my Shakespeare at school and really enjoyed Twelfth Night. I also enjoyed the film quite a lot too (ahem).

So back to the crating. The task I was set was to use the supplies sent to create something with a quote from Shakespeare as part of it.

I was set a few goodies, including a calligraphy set, some gold and pink paper, a little easel to create a design on and various pens; gold silver and black. You can see some of this in the picture below: 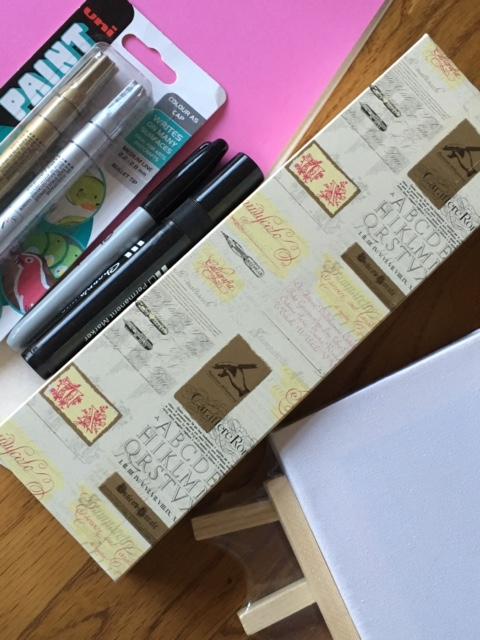 I decided to go with the calligraphy as had never tried this before, so used the quill and ink and the gold paper mainly. Of course had to be a scrapbook page. 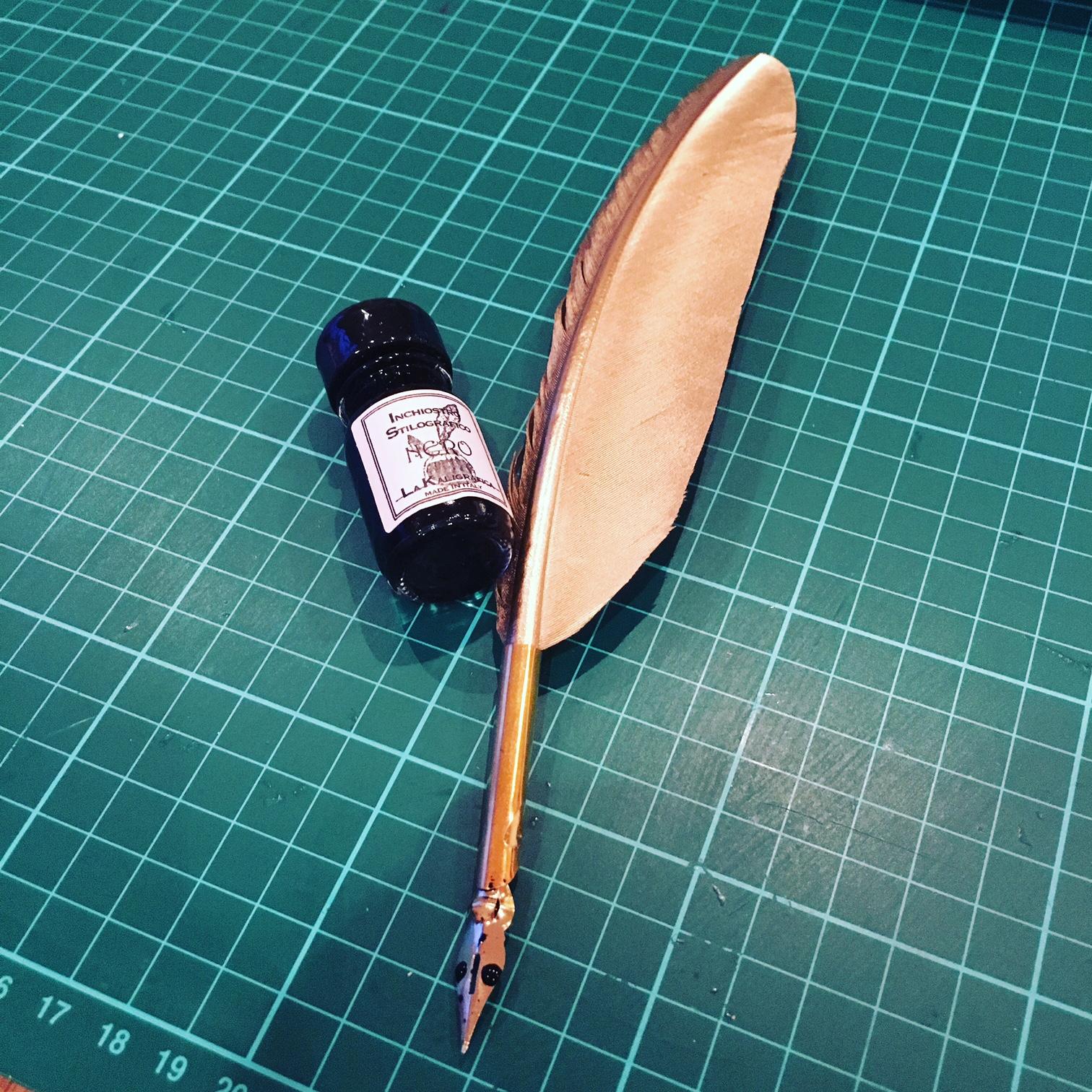 Ok peeps calligraphy is flipping hard! I realised the gold paper was the best for it, as all my white stuff was so porous and it was smudging all over. I had a look online for some fonts but decided my cursive writing I learnt in year 4 was quite nice! I went with that.

I picked a gorgeous shot of my girly fast asleep and wanted an innocent sort of quote so did some searching online. 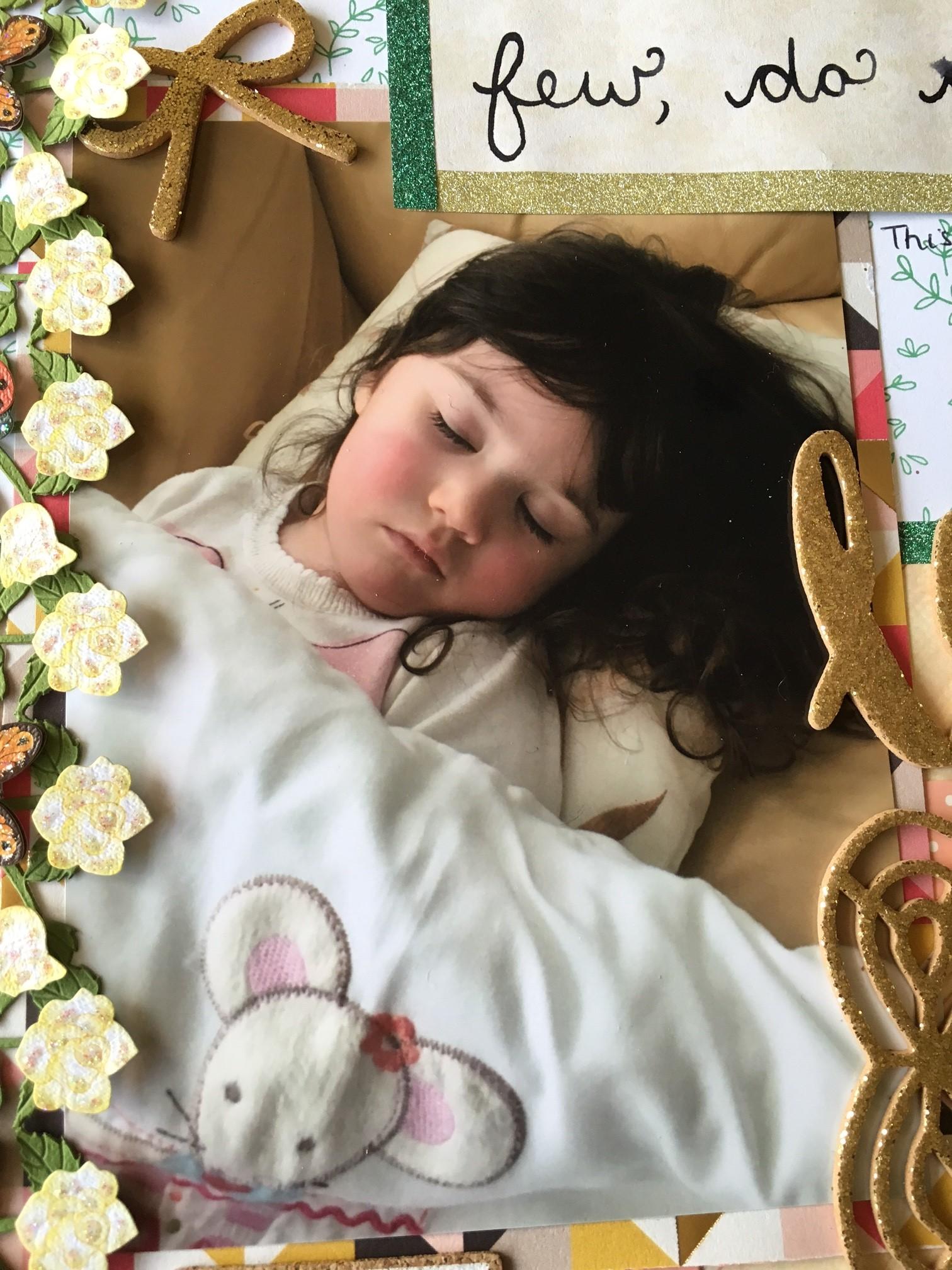 I found quite a simple one from All’s Well that Ends Well (one I had not heard of actually!). The quote was:

Love all, trust a few and do wrong to none

This is a lovely message for my girly and to us all for that matter.

I was pretty pleased with the effort and this was what I sent to my mate Helen at All the Beautiful Things before I went to bed (excuse the piccy – it was one for a quick message!): 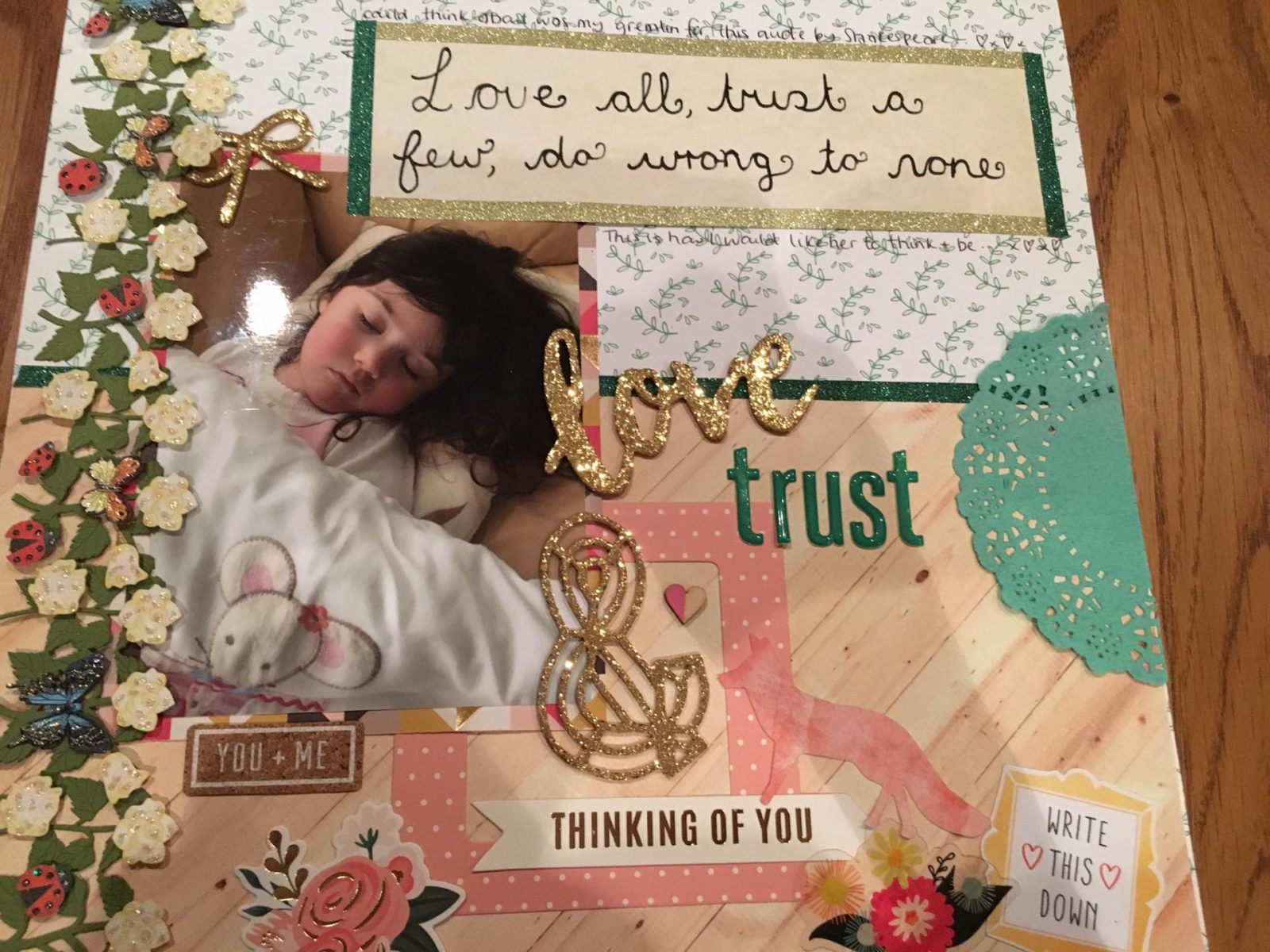 I then came down the next morning to see I must have dripped a drip of my bedtime water on the calligraphy as I went to bed…nooooooo!

Doesn’t look too bad but made me learn: ink SMUDGES. Daft mare. 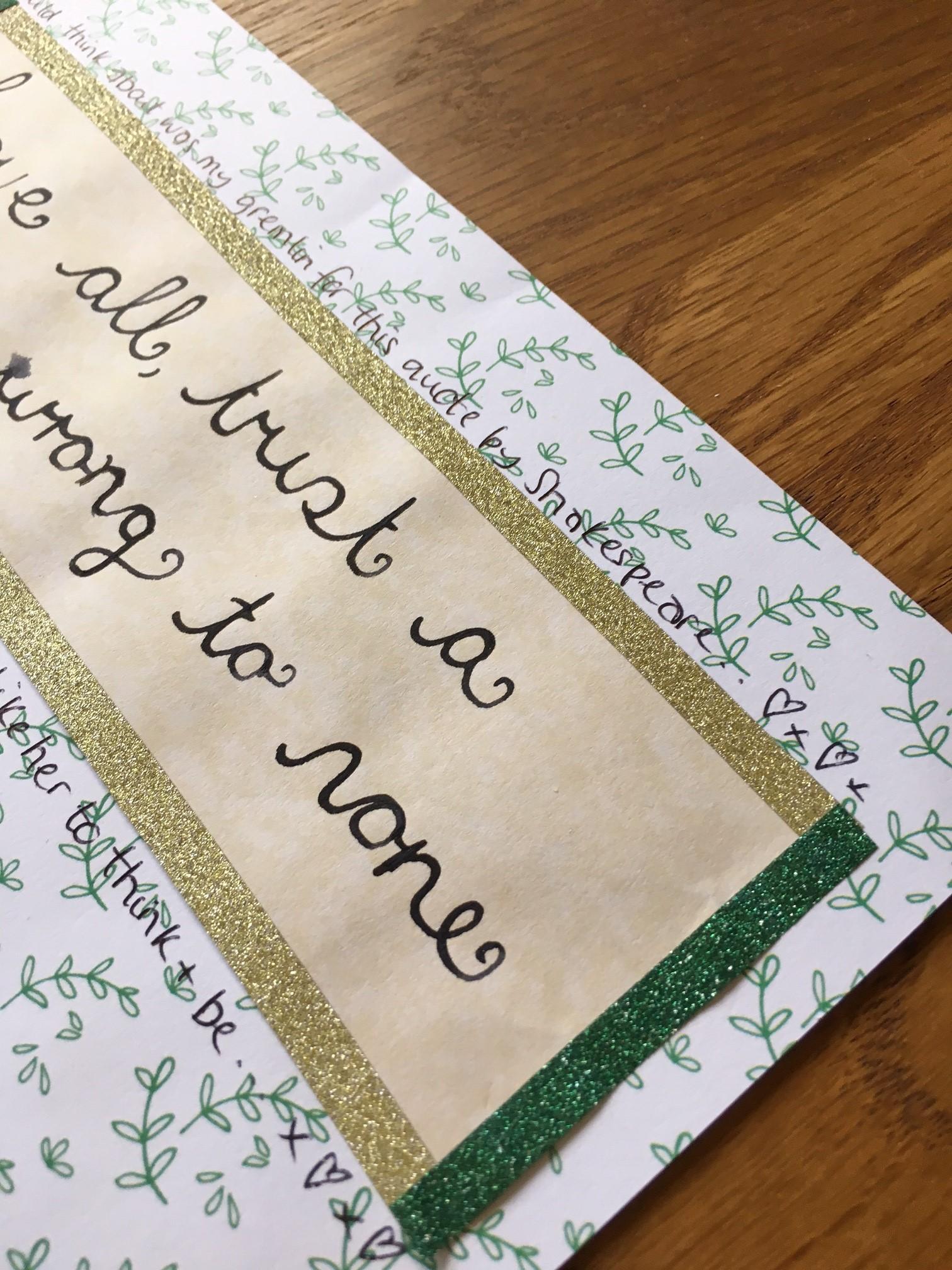 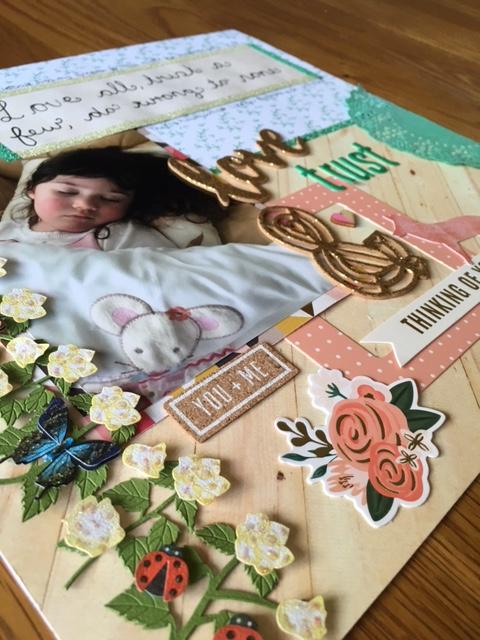 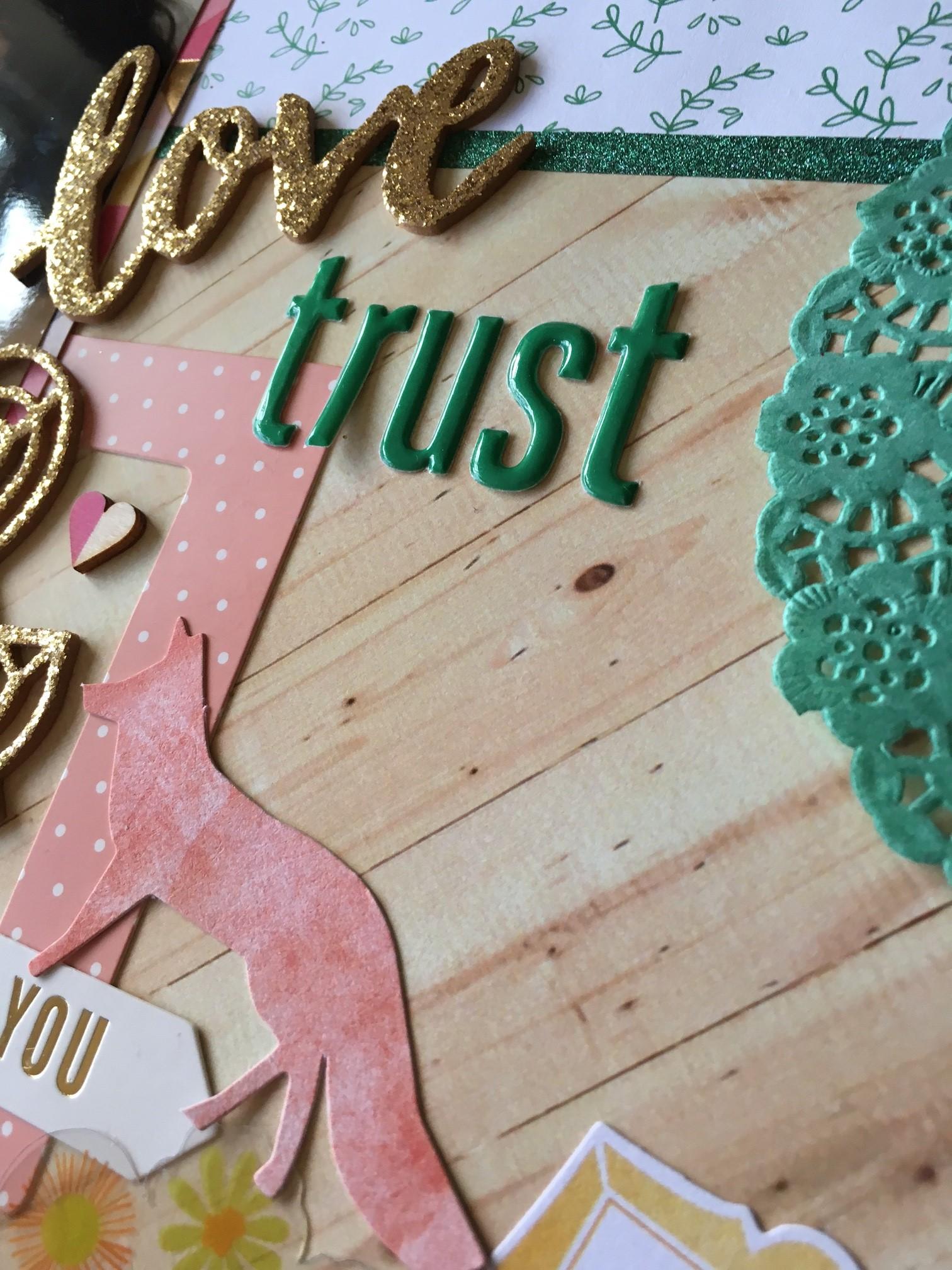 I’m still pleased with the finished article and may have a go at disguising it at some point.

Thanks Viking for the supplies and hope you like my creation! 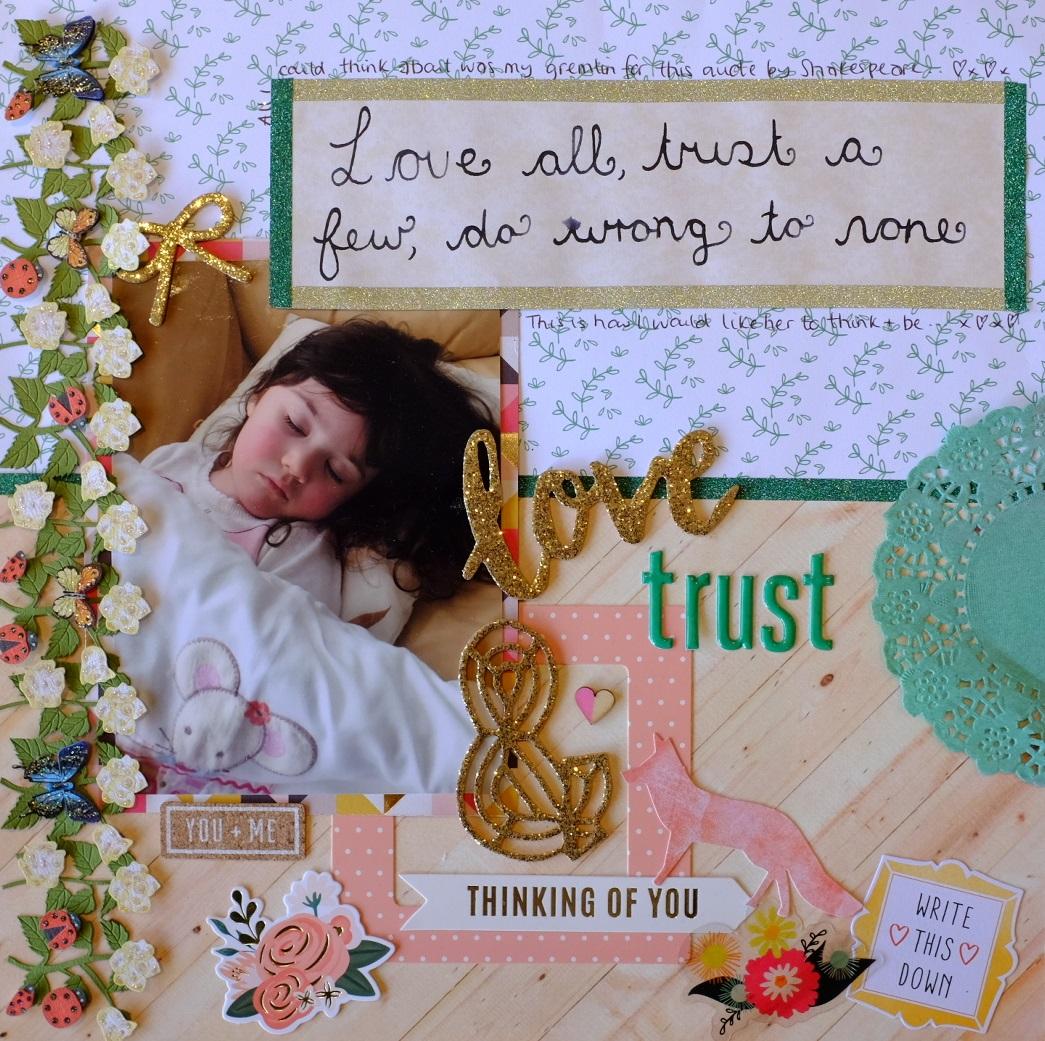