I was scrolling through my Instagram stories, like I do (ten times more since we have been on lockdown) and noticed one of the accounts was asking for tips to stop snapping at her partner. She was finding it a struggle being home with him, on lockdown and keeping her cool all the time. It’s a fair question.  I’m expecting a lot of people to be saying “My husband is driving me insane during lockdown!” Or Wife. Or a Partner is driving them mad! We are simply not used to it. Partners being home all the time. Kids being home all the time. Nowhere really to escape, apart from the garden or a walk! It’s going to get tough.

I’m quite lucky in the respect that my husband has been working from home since my eldest was born. This has always been a huge help and I often say I wouldn’t have had a third child, without all the support. I’ve also been on maternity leave for the last 14 months, so we are used to each other during the day. However, he is still doing my head in. He is obsessed about us having enough food in and he won’t be able to shop, which is crazy. The shops are pretty well stocked now and I know we have to limit our trips out of course but getting food and supplies is entirely possible now!!!

I knew I wouldn’t be alone in this so I asked a group of bloggers how they were fairing during this crazy lockdown period and these are some of the nuggets they gave me. Some don’t have this luxury like Jaymee, who is more worried about her husband having to go to work but a lot are working from home.

My Husband is Driving me Insane During Lockdown!

Can you relate to some of these?

“My husband is working from home which I thought would be lovely but I’m spending my days keeping the children away from him and dealing with him getting wound up when he’s got important calls to take! I’ve realised that I have to keep regular activities running to keep the kids interested and downstairs. I feel like I’m spinning a lot of plates right now!” Emma from Emma Reed.

“His “advice”!! I know he thinks he is helping but he has never had the kids for the whole day by himself not even before the lock down! So he has no idea what it’s like and his lovely suggestions of “just go for a walk” or why not just “do some worksheets” is not very helpful when you have two children who hate doing worksheets and who love to bicker all day long!” Jess from Tantrums to Smiles.

“That he has the capacity to live like an animal. Honestly. I have never been constantly tidying after anyone so much as the last week. Wish he’d go back to work so that I don’t need to clean so much!” Jo from A Rose Tinted World.

“”Working from home will be great”, he said. “I can be flexible with my work and help with the kids while you work”, he said. Does he fuck!! 😂 I’m on my own to juggle it all – during the week, anyway. Gotta admit, he did waaaay more this weekend than me (housework, looking after the kids, cooking… he did it all).” Kaiden from A Suffolk Dad.

“My husband works away during the week so having his home is CRAZY! His fondness for having wrestling matches with the kids JUST before they go to bed us already wearing thin…! I’m definitely the bad guy and he gets to be fun Dad, but I guess we all need some light hearted craziness during this time – just not right before bed!” Beth from Twinderelmo.

“We have 2 kids at home so I’ve created a rough schedule for childcare and we just fit everything else around that. This has helped me focus on the bigger picture as its amazing how many little things annoy me when he’s home all the time. Like I got some insight into exactly how many tea/coffee breaks he has eventhough he’s been claiming that he’s cutting down on caffeine. I really don’t get the hot drinks obsession!” Victoria from The Growing Mum.

“In normal times Oli would go on and on about how tidy the house would be if only he didn’t have to go to work. Now he’s been home for a week, he’s done barely anything around the house! Driving me mad. I wouldn’t care but he loves to say how tidy the house would be if he stayed home but he’s hardly lifted a finger! Ok, rant over. Can you tell quarantine is taking its toll?!” Wendy from Naptime Natter.

“He’s done so much work ( working from home ) he’s had no time for the thousands of jobs that need doing!” Emma from The Cheshire Wife.

“My husband can’t work from home (tree surgeon), but is off for 3 weeks as not essential. But he seems to think that means he can play on the PS4 or Ipad all day rather than taking a bit more interest in the children and their activities! I don’t get any extra time to myself as we have always home educated and it irritates me so much that he thinks it’s basically a holiday!” Jenny from Monkey and Mouse.

“Being at home all the time is making him really grumpy. When he gets grumpy, he has a shorter temper with our daughter and sometimes talks to me rudely. I called him out on it yesterday, so hopefully he’ll improve for a while, at least!” Laura from Autumn’s Mummy.

“His obsession with watching the news. I know its it’s important to keep up to date but sometimes it’s just too much. I need escapism!” Jennifer from Mighty Mama Bear.

“Does his breathing count?” Erica from The Incidental Parent.

“He has half an hour long poos. Enough said.” Jennifer from Rice Cakes and Raisins. 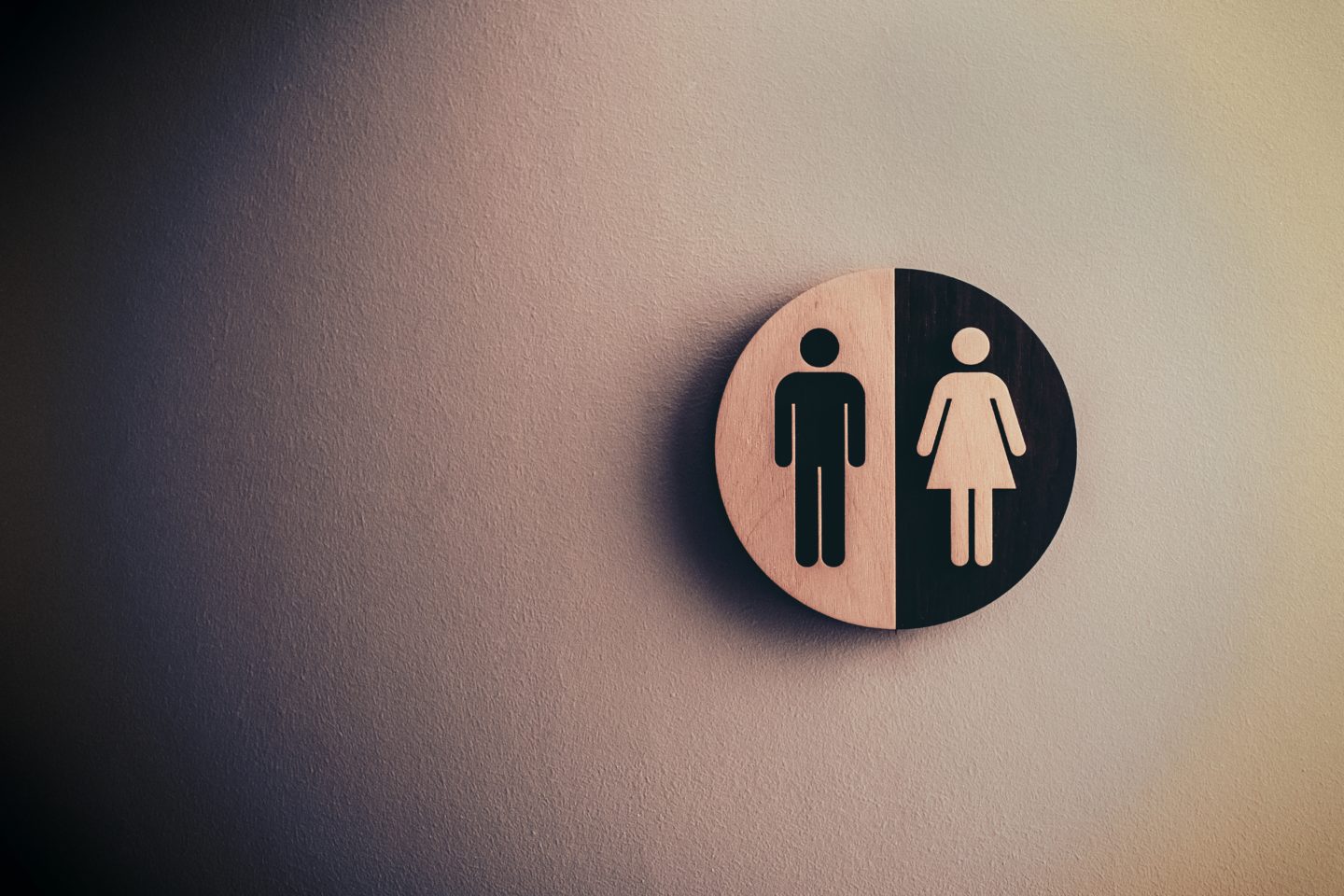 “The fact that when it suits him he can take a break and go for a run, but when I suggest that he leads a session with the four kids he says ‘I am working you know!’ grrrrrrr……. That and the fact that he keeps telling me how I should be stacking the dishwasher!!” Kirsty from Navigating Baby.

“He turns the telly on so early in the morning but as soon as I walk in, he says, “3-year-old wanted to watch.” Mate, if the wee one wanted to jump off a cliff, would you let him?” Jade from Live a Blissful Life.

No-one gave me any insights into how they are coping with their other half driving them crazy right now, which made me smile.

It’s going to be a LONG few months.

What about you? Are you crying out, “my husband is driving me insane!”. How are you coping? 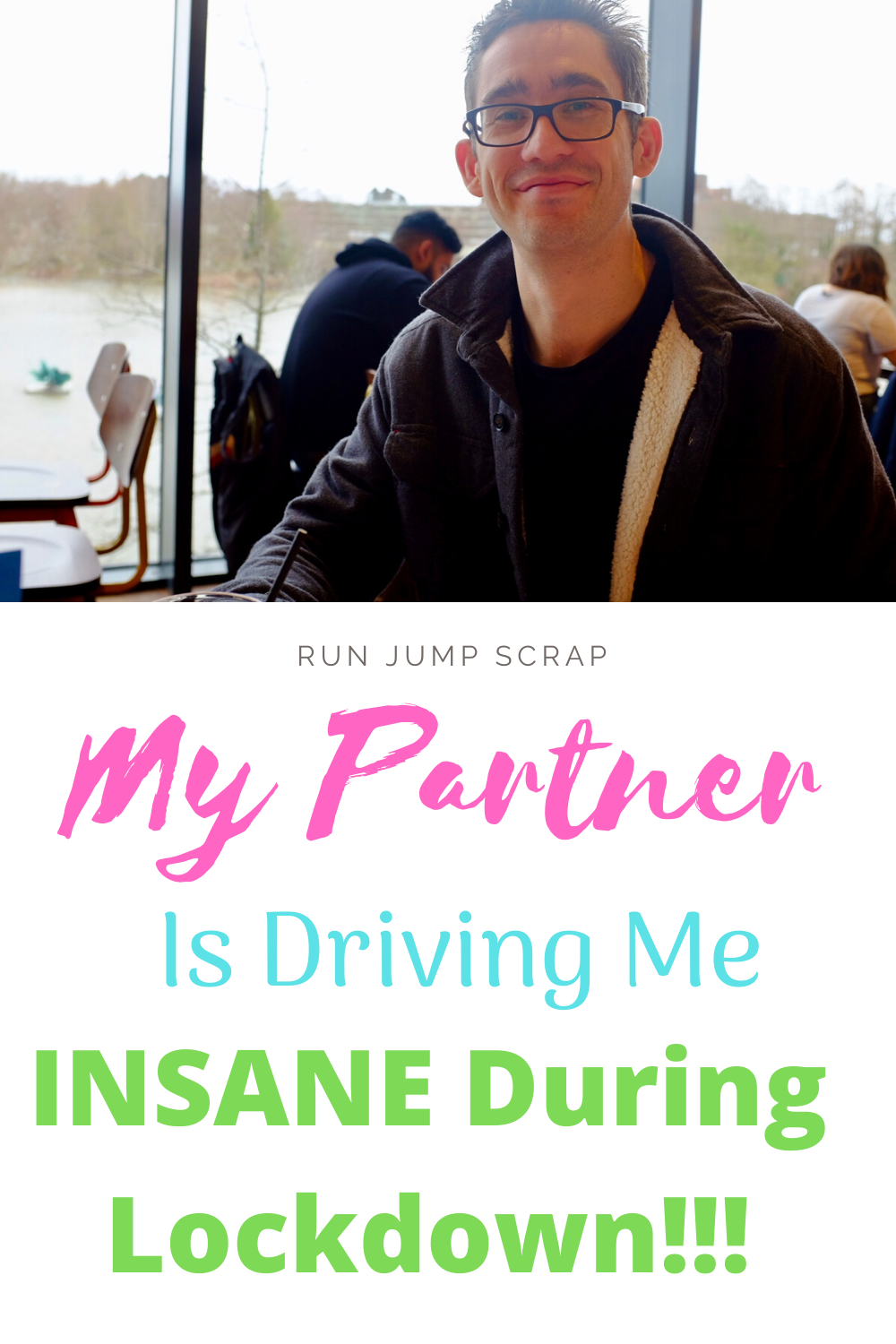