My word of the week is stroppy. My daughter is stroppy. This is probably a good thing as had a poorly girl last week and she is back to her usual self. I’m sure it’s totally normal. She’s hit 18 months old and she has me for a Mother; she’s probably stuffed really. 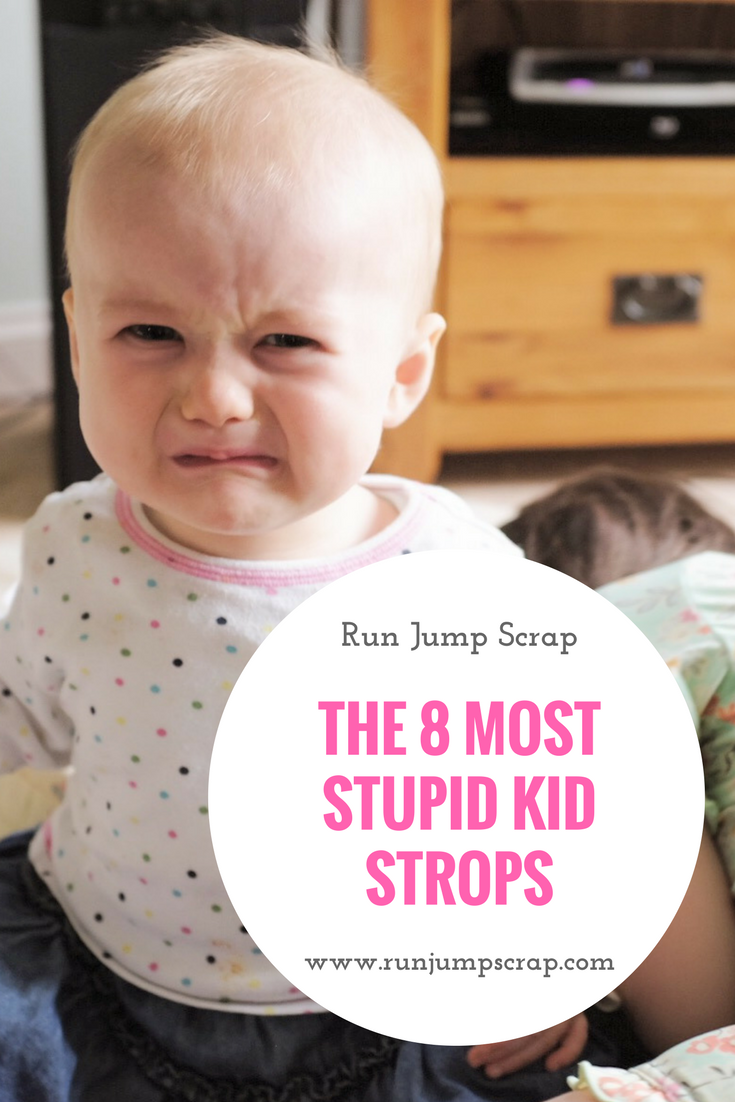 I can cope with most of the stops. In fact they are quite hilarious. I’m often stifling a snort which tends to get my gremlin even more grumpy. Some of her tantrums are over the most stupid things and this inspired me to write this post, The 8 most stupid strops:

So there you have it! The daftest strops ever. Gave me a giggle writing this, Anybody got any other funny strops to share? Would love to hear!!