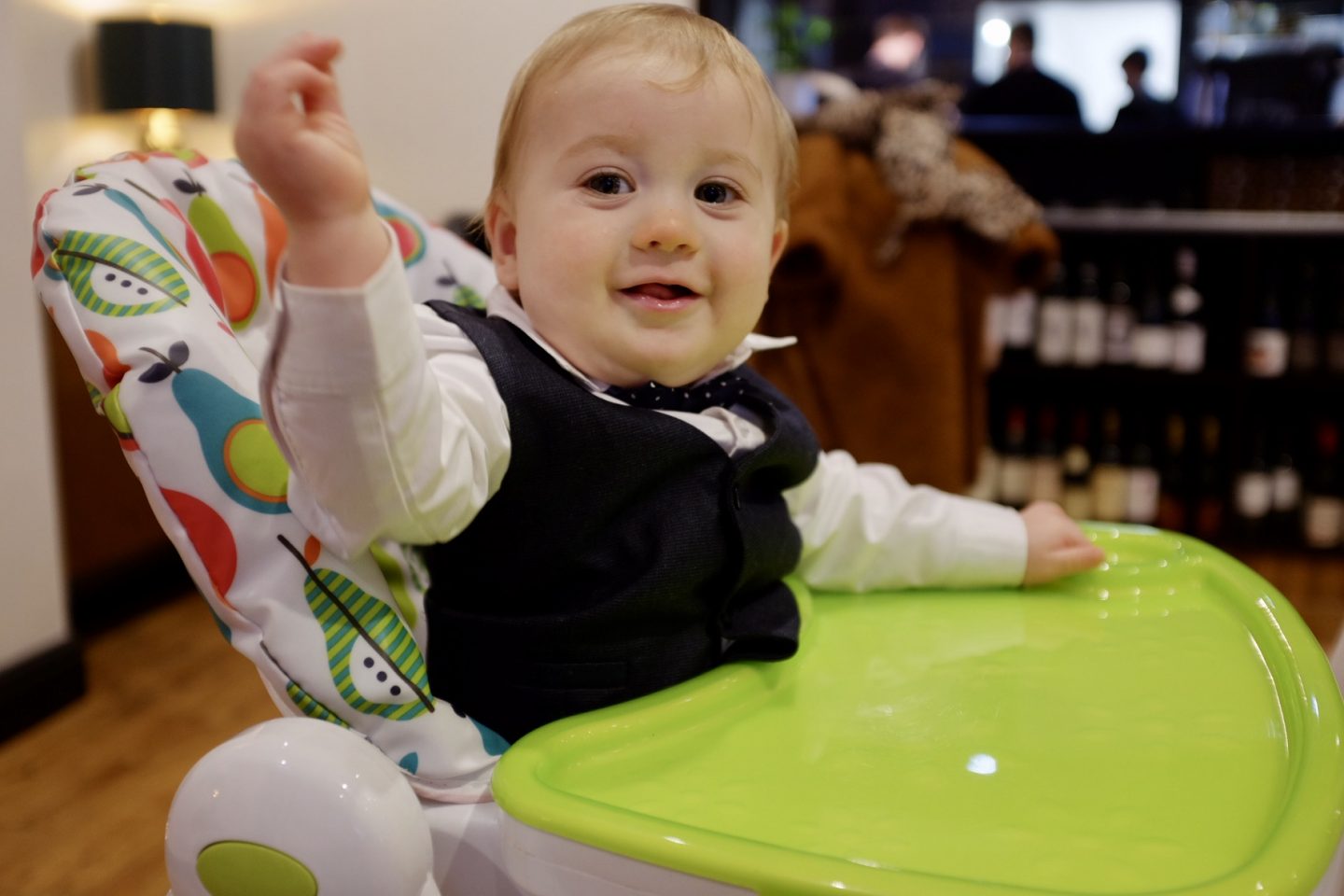 One of the worst things about being a parent is when my child won’t eat. In fact for me, it’s my worst thing. I can’t moan too much I guess, as when she’s unwell or teething it doesn’t seem to affect her sleep much. Instead she won’t eat. And some days we are talking nothing apart from milk. This isn’t just for a day. When we visited the States last November we were talking 10 days. Nightmare. I always know she’s unwell as she goes off her favourites: tuna pasta bake and casseroles. In fact when she’s on a serious roll hot meals are out of the question.

As dietitian this makes it worse as I knew no hot meals = pretty much no vegetables or a decent source of vitamins and minerals. I’d panic as I genuinely think, how is she surviving on so few calories? I can always tell she’s teething as she doesn’t want to chew. She has a few raisins with breakfast and she’ll chew them a bit and spit them out all soggy. Obviously it just hurts so why bother? She’s still under 2 years old and is still regulating her eating well. I suppose as adults when we are ill we don’t want to eat sometimes. But our common sense overrides this and we try and have something, even if small. We force ourselves, as know how important food is! For these little ones their gut instincts are strong and they won’t eat. They feel ill and don’t want to, so why would they? It’s natural but very hard to watch and not worry.

My eldest’s just come out of a bad 2 weeks; combination of teeth and a nasty cough virus. If milk, eggs, cheese, yoghurt, banana and bread didn’t exist she would have been stuffed as it’s all she ate. Bye bye hot meals, hello very full compost bin. In the end I stopped giving her hot meals; waste of time. I’m quite harsh in the respect that I won’t give her cakes, crisps or sweets when she is in one of these phases. Trying to make sure she learns she has to eat her hot meal first but it’s so hard as I know she would eat these things and at least have had something.

I’ve talked before how I’m not the most patient of people and it’s so difficult when she doesn’t even consider trying the food or throws it on the floor screaming for yoghurt. I constantly have to think “this too will pass” and try not to react. It always does when she is better and things go back to normal.

Since I wrote this post back in 2015 and have had two more children, the patterns are very similar. My middle child isn’t as bad for stopping eating but if she has a stomach bug, she is off food for a little while and my baby boy immediately refuses hot meals, if he is under the weather, wanting fruit, sandwiches and yoghurt only. Comfort food and of course I can’t blame him. 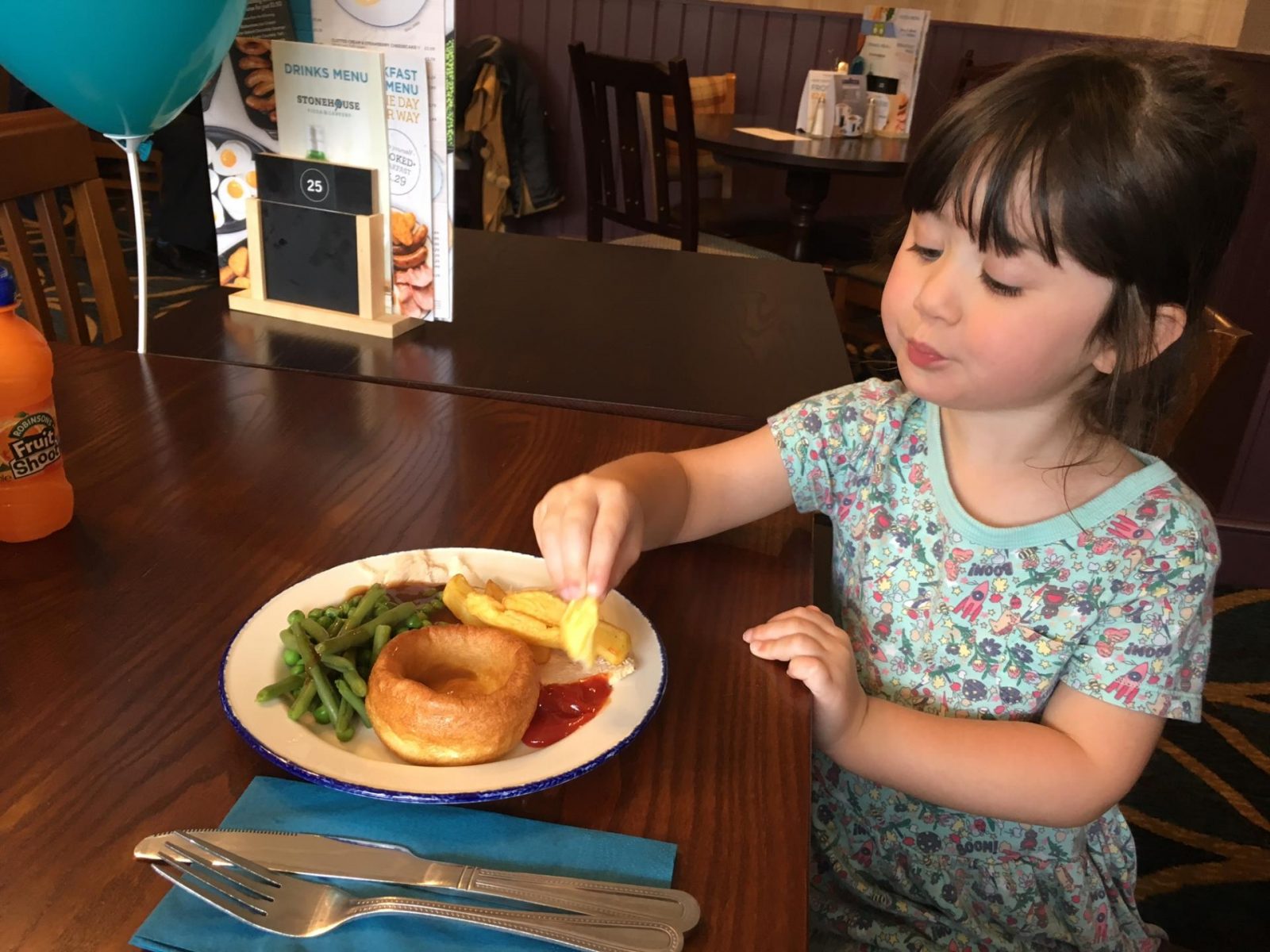 As this has happened a few times now I have come up with a few tips:
– First and foremost don’t panic and get stressed (easier said than done when you live in my head). My experience has shown my gremlin plays up more. Tantrums are more likely as is throwing food on the floor. Swap over with your partner or a family member if you have to. This happens frequently in my house!

– If they are ill, they will eat when they are ready. My middle child had a horrible tummy bug and she didn’t eat properly for 5 days apart from a bit of cereal and biscuits. She drank and she lost weight BUT we she recovered she really made up for it and ate loads. Offer them plenty of fluids and comfort foods, what they want. Chat with your GP if it last longer than a few days.

– Try not to watch your little one eat if you can. This of course depends on their age. My gremlin feeds herself a lot now but if we stare at her it can make things worse so I often just busy myself in the kitchen. 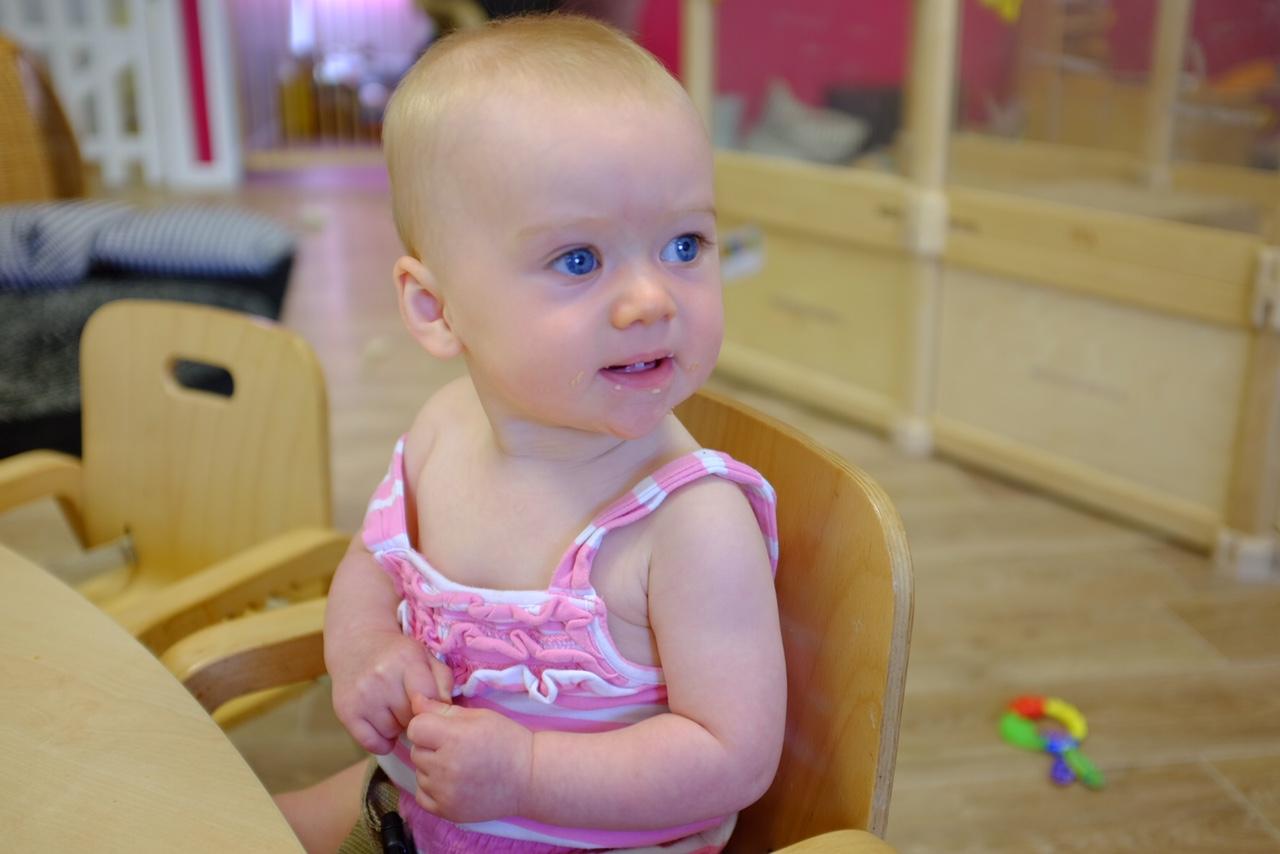 – Ultimately they will eat. They won’t starve, even if all they take is some milk. I have a rule: if my gremlin point blank refuses lunch and is getting quite stroppy about it, she gets down with nothing else but fruit and milk until her next meal. Usually she is gagging for a banana and eats her tea; even if just scrambled egg and toast. But this is better than nothing.

– Offer snacks little and often. Try fruit, dried fruit, cheese cubes, toast, crackers, little fromage frais. Sometimes my gremlin just grazes on these days. She may pick at bits of our food but we don’t mind too much as long as she is eating.

– Focus on foods that are a good source of protein if you can – cheese, eggs, yoghurt, milk and meat. Soft foods are good for teething mouths.

– Repeat the same foods if you have to. If scrambled egg, toast and yoghurt is all they want for three days it doesn’t matter. Eggs and yoghurt are a fabulous source of protein. Eggs contain other important vitamins, yoghurt is fab for calcium and bread is their source of carbohydrate.

-Try and disguise some foods. We put mashed banana and raisins in her Weetabix. Sometimes we blend vegetables and put them into a sauce.

– Try to make the food they eat as nutritional is possible. My gremlin likes peanut butter on toast – some protein and good fats. Better than just putting jam on the toast. We use full fat Greek yoghurt and fromage frais a lot when eating is poor! Lots of calcium and very cold and soft.

So there we are, just a few pointers that I try and follow when the hunger strikes begin and my child won’t eat. I think as parents you want more than anything for your child to be healthy and happy with a full tummy. My little gremlin’s appetite is always hit hard when she’s not right but I’m getting more and more chilled with it as the time passes. I have to; can’t force her to eat and ultimately the little monster always gets her appetite back and is ready and waiting for her little treat after her hot meal and yoghurt. 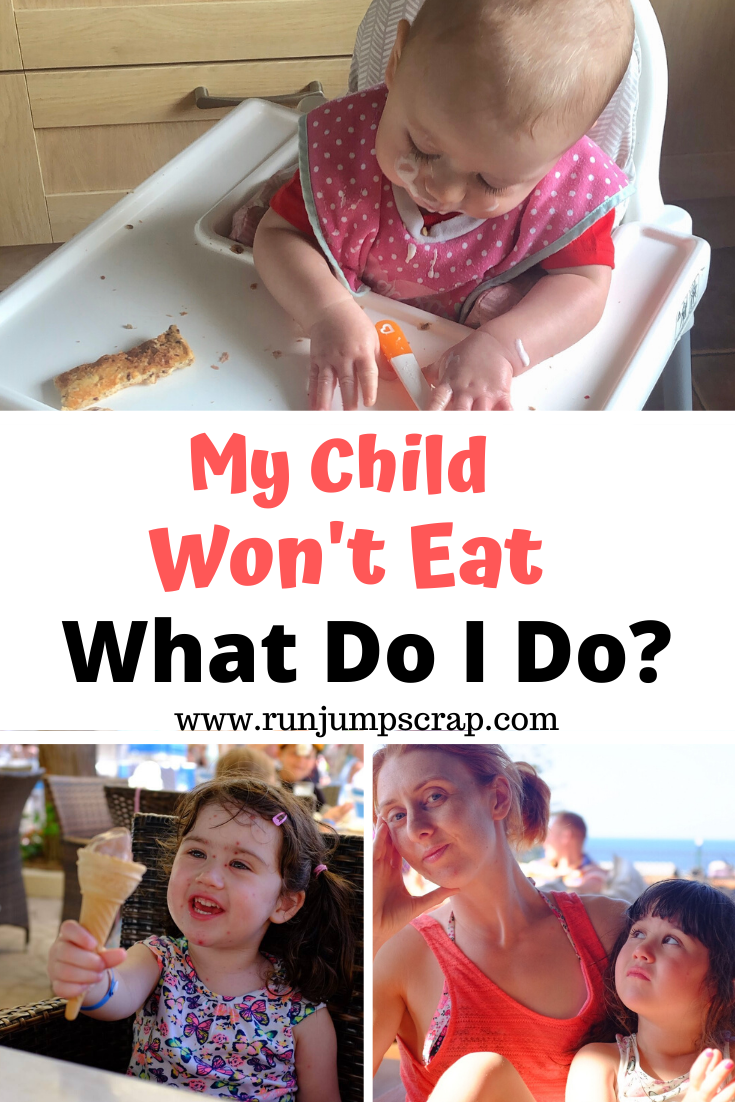