I shared a story on my social media the other day; an article about the possible need for Mothercare to change it’s name because it excludes half of parents based on their gender. Somehow the name may make children believe their mothers are the only ones that care. I expected more people to agree with the article but there were very few that did. 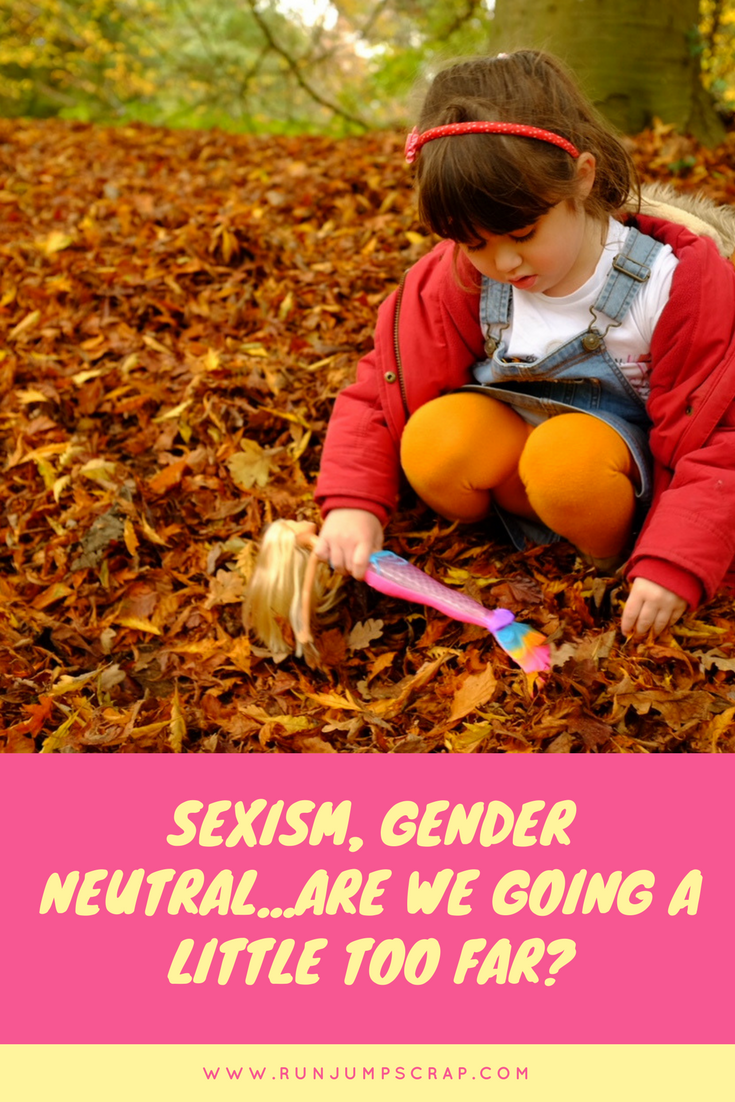 Many believed it was going too far.

Gender Neutral – are we Going Too Far?

Do we worry about Daddies Sauce or even Mr Muscle as a cleaning agent. Do these products assume women can’t eat chips or that men are the only ones with muscle?

I have to admit the people of social media had good points. 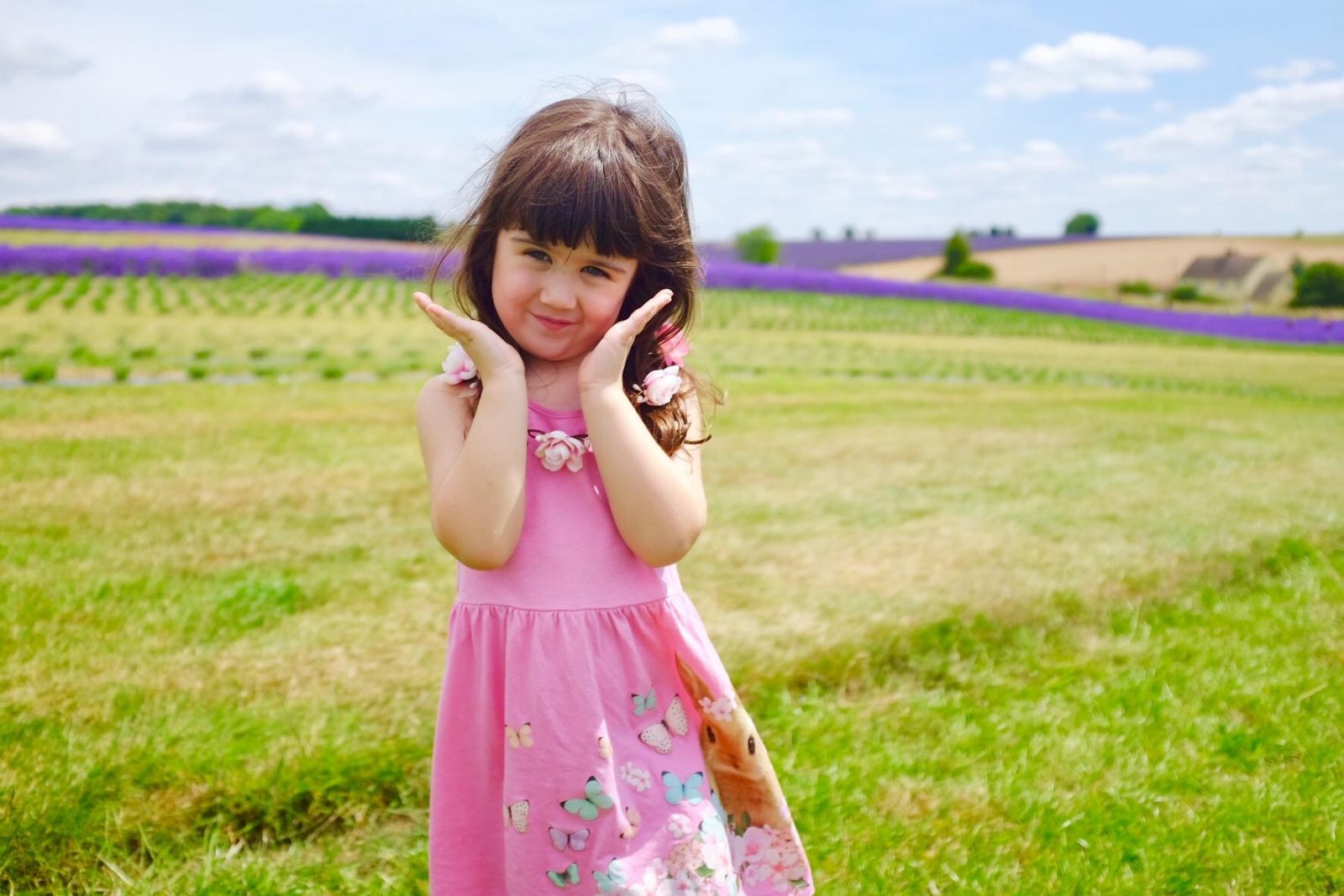 Another hot story flying around social media is suggesting Clarks shoes are sexist. They produce feminine looking school shoes that are not as hard wearing as the supposed “boys versions”. This one I have to say I can’t really comment on 100% as I haven’t had the experience of my daughter being at school and observing how long her shoes last. Of course I can understand if the more feminine looking shoes don’t last as long and replacements are costing lots of money, this is not acceptable but Clarks do produce a variety of shoes.  Other options were picked out and showcased on social media that were suitable. The article did irritate me as people can shop elsewhere or not choose those styles. I am however glad Clarks did take down the names of the shoes, Dolly Babe for girls vs. Leader for boys?  Not good.

Clarks are not all stupid. They have a marketing team and a design team. They will have done their research and the shoes on offer will be the shoes that sell. I can also tell you now, if I showed my eldest two pairs of shoes; one slightly prettier and another maybe more “boyish” looking, I know which she will pick 10 times over. In fact when hubby took her for trainers her choice was based on the fact one pair had “glitter”!! 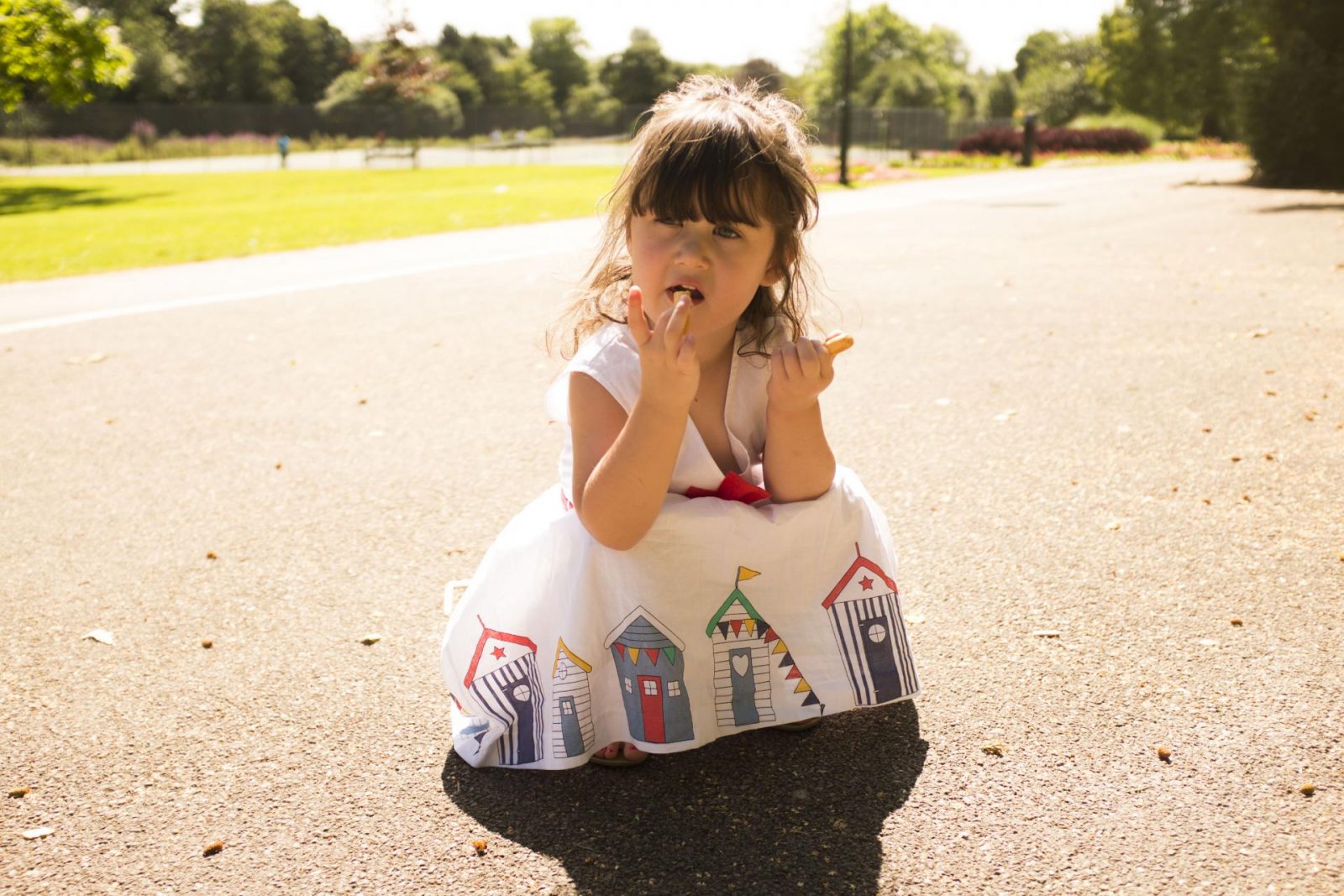 There is the argument of course that her decisions are based on the subliminal messages she receives daily. Her peers, television, YouTube, the shops themselves. They will be influencing her choices. Perhaps. I am not an expert. I haven’t studied sociology and I don’t have all the answers to this, so cannot pretend to know.

When my gremlin was born I knew I didn’t particularly want a girly girl if I’m being honest. Why you may ask? I wasn’t into Princesses as a child and I guess I wanted her to be like me. I liked action figures and action cartoons. I enjoyed role play games but not typical Princess toys, Barbies and dollies all the time.

We bought the gremlin a car mat and cars for her first birthday. I dressed her in jeans and leggings, similar to my style. Nope, she was not a girly baby. Did she play with the car mat? Not a chance. When she started to make choices with her clothes, what did she want? Dresses, dresses and more dresses. I couldn’t stop that and I didn’t want to. 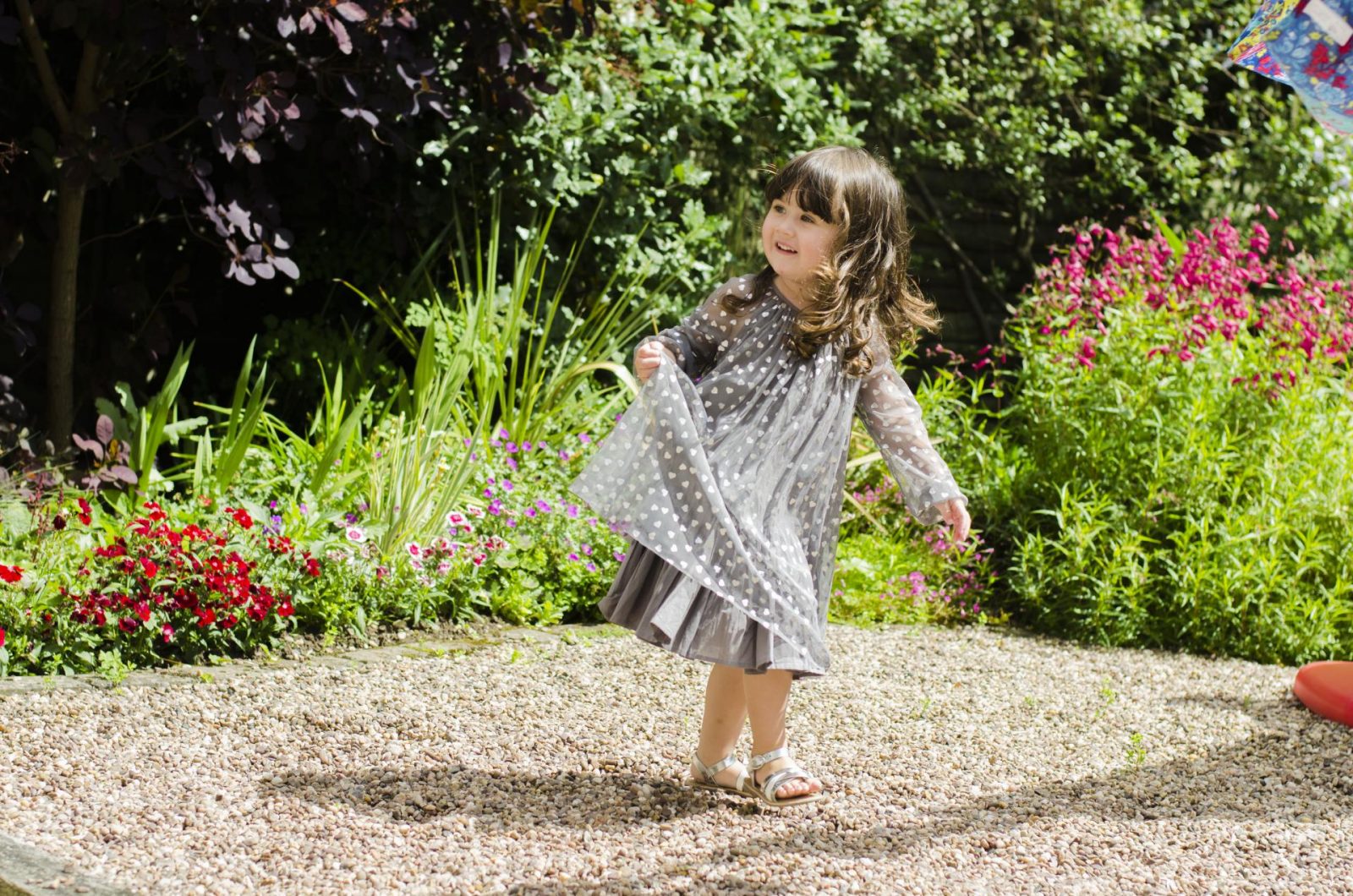 She wants to play with her dolls, teddies and role play. Has this come from the subconscious messages she receives or is it simply her biology? Her nature? She’s a girl and why am I slightly bothered that she may act like one? Do I think her wanting to be a princess at 3 years old will affect her future career or journey into possible motherhood. No! Hannah from Budding Smiles wrote a fab post on the problems with the gender debate and it highlights that point perfectly.

A Dad blogger, Nigel from DIY Daddy has slightly different thoughts and written some excellent posts on gender neutrality when shopping. Having twins who are very different in their styles; it comes down to choice. He would prefer if there was less segregation between girls and boys sections and to some extents I do agree. No way do I think that girls should have to feel awkward shopping in the “boys section”. He argues should there even be a boys section? I definitely agree clothes should not have slogans that suggests girls are into beauty and boys into science. That is complete crap. It’s all about children having the freedom and choice to do, play and wear what they want and feel comfortable with it.

I just feel like we are almost scared to let our kids fit into a gender stereotype now. It’s almost going full circle. I hear of parents really pushing the gender neutral toys, as if it is something to ashamed of to want to play with cars as a boy and paint your nails as a girl. There needs to be a balance between giving children the right messages, avoiding the gender stereotyping but still allowing them to be who they are. Fiercely into Princesses, cars, dolls, trains or a bit of everything! That doesn’t matter. 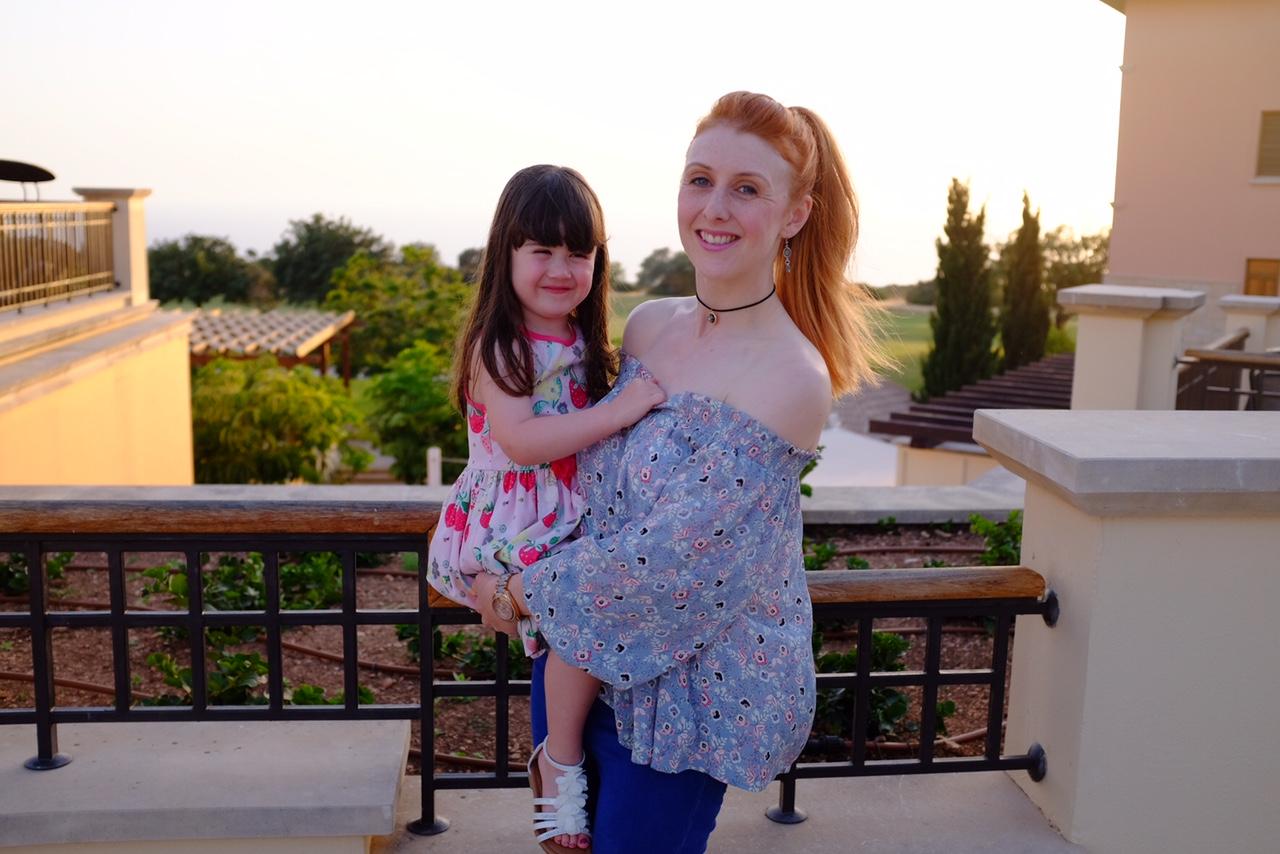 Social media seems to have become this crazy forum for people to slate brands, accuse them of sexism and in a way shame people. I’m not going to lie when I saw the Clarks saga I felt a little bad. I knew my gremlin would want those “pretty, impractical” shoes. Was I a monster for letting her fit that mould and wear them??? How ridiculous is that? Feeling bad for giving my 4 year old a choice?

I’m well aware there is a very strong nature vs nurture debate and kids now are bombarded with messages, some we have zero control over but sometimes we have to let those chromosomes do their work. Let our children be typical and stop worrying.

Biology is a strong force and if my daughter’s Princess urges make her happy as a child, I don’t really care about gender stereotypes or being gender neutral.

My daughter is content and comfortable being her and that’s all that matters for now.