Everyone says your second baby is easier. They are more chilled. You are more relaxed and therefore you have a bit of an easier life. This to an extent is definitely true. My second born is very easy going. She accepts new people after a little bit of initial shyness. She is quite independent and will entertain herself for a while and she is generally a very happy, little bean. But I can already see the glimmer of tantrums. The fear is setting in. 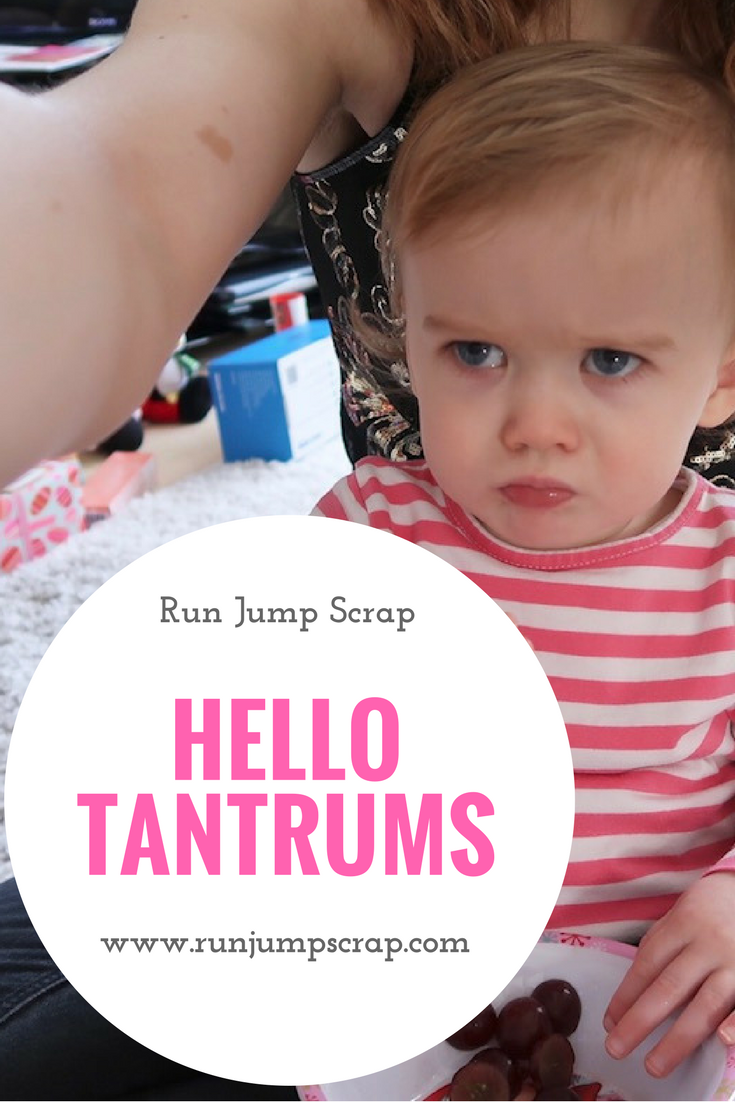 Something always told me though that she was going to be fiesty. I couldn’t really put my finger on it, as she was usually so easy going. I guess you just know your child. It’s like an innate sixth sense; you just KNOW. I knew underneath that calm exterior, was going to be a little nut job. She’s not a redhead like me, but the spice is definitely present. 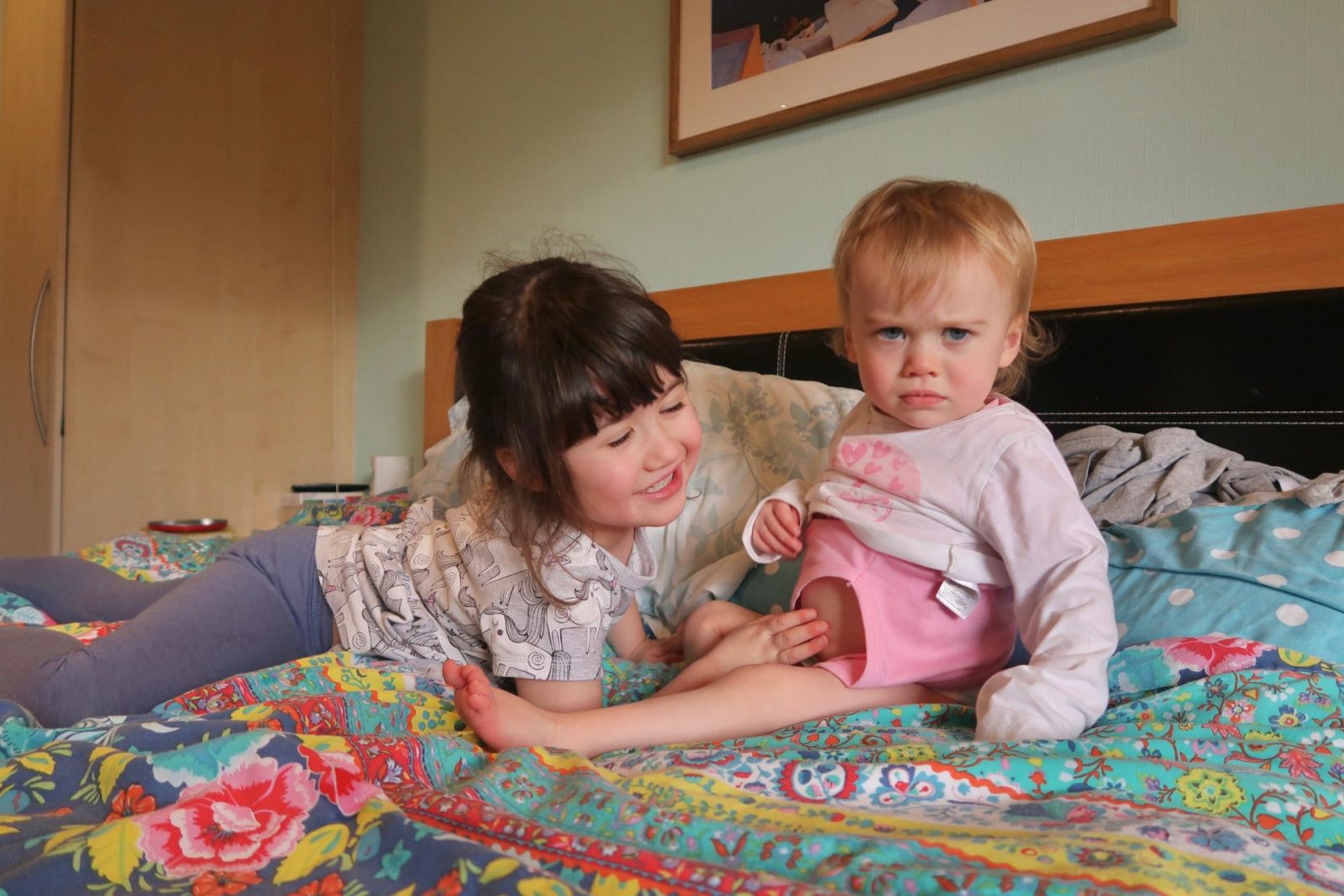 So much seems to be going on insider that little head of hers and other people have commented she seems to know EXACTLY what she is doing.

I don’t remember the gremlin getting so stroppy and angry at 14-15 months, so I guess I wasn’t expecting little Piglet to be such a firecracker at such an early age but yes, she really is. Anger, the rage, strops, you name it, she’s doing it.

It’s tough for a one year old to release you can’t always have what you want and often the easiest reaction for these little ones, as well as crying is to lash out. It doesn’t necessarily matter what at, it’s just therapeutic to whack things. In Piglet’s case, she tends to slap us, her toys or over the festive season, the Christmas tree.

She had a little face like thunder, there are minimal tears but she is just so cross with us. It’s really difficult as I don’t know whether to calmly remove her to one side and tell her no or roll about on the floor laughing. She is so serious with her anger but yet it really is quite funny. 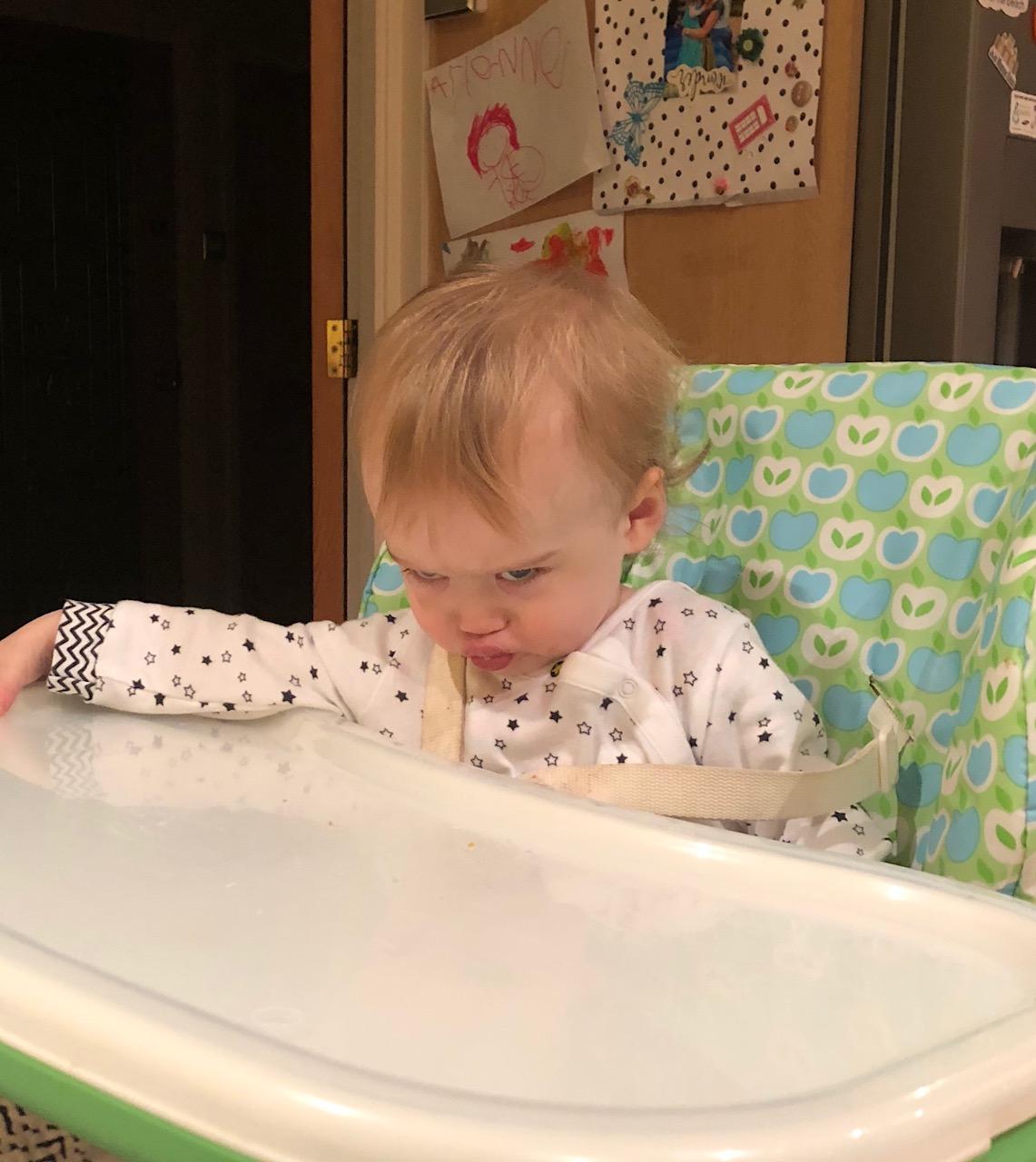 What slightly worries me is she is so young! This can surely only get worse? The gremlin has never been a tantrummer as such. We have had crying fits, a few “lying done on the floor in John Lewis” moments but nothing I haven’t been able to handle. I have an extremely short fuse and any “looks” from ongoing passers by was something I hoped I wouldn’t have to deal with too often for few of letting my sharp gob loose on them!

All I know is my little calm girl is a thing of the past. I am having issues keeping her in her high chair for longer than she feels like, I have already had to wedge her in the buggy with hubby outside Nandos and I fear she will be attending anger management if the slapping doesn’t stop. She’s fiesty, she’s funny and I have a feeling the next 12-18 months are going to be very interesting.