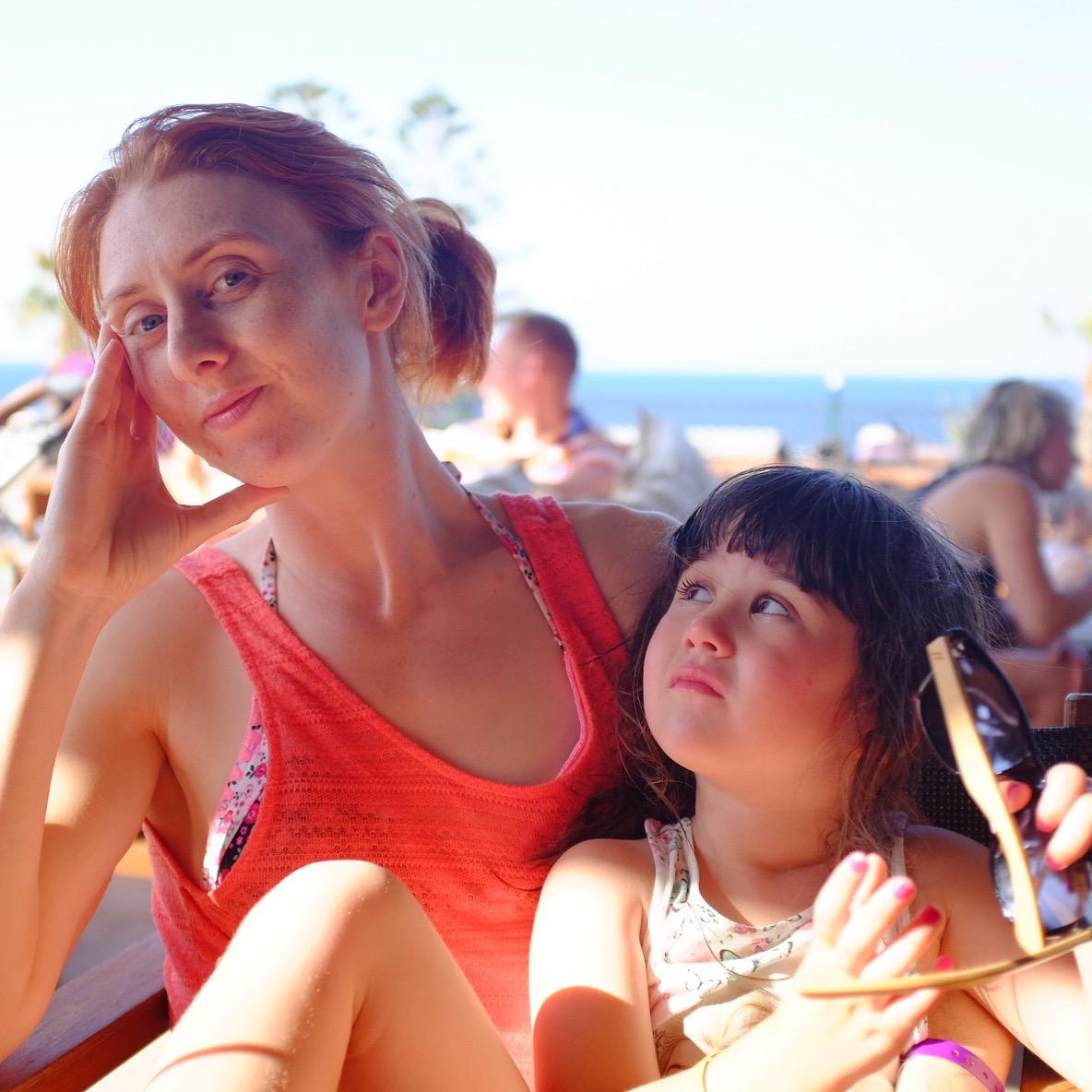 I said I wasn’t going to blog on my recent holiday and to some extent this was true but my eldest has been such an ungrateful child, I had to write it down.

We all expected this holiday to be harder and it is but not for any of the reasons I thought. Little Piglet is almost 21 months and at that delightful age of wanting to leg it all the time; hurtling at stairs, slopes and any other danger you can think of! This of course is fun and games but certainly not unmanageable. In all other aspects she adapted well. The heat, sleeping somewhere else and her eating?? I had never seen anything like it. Devouring everything and anything with a monster appetite. 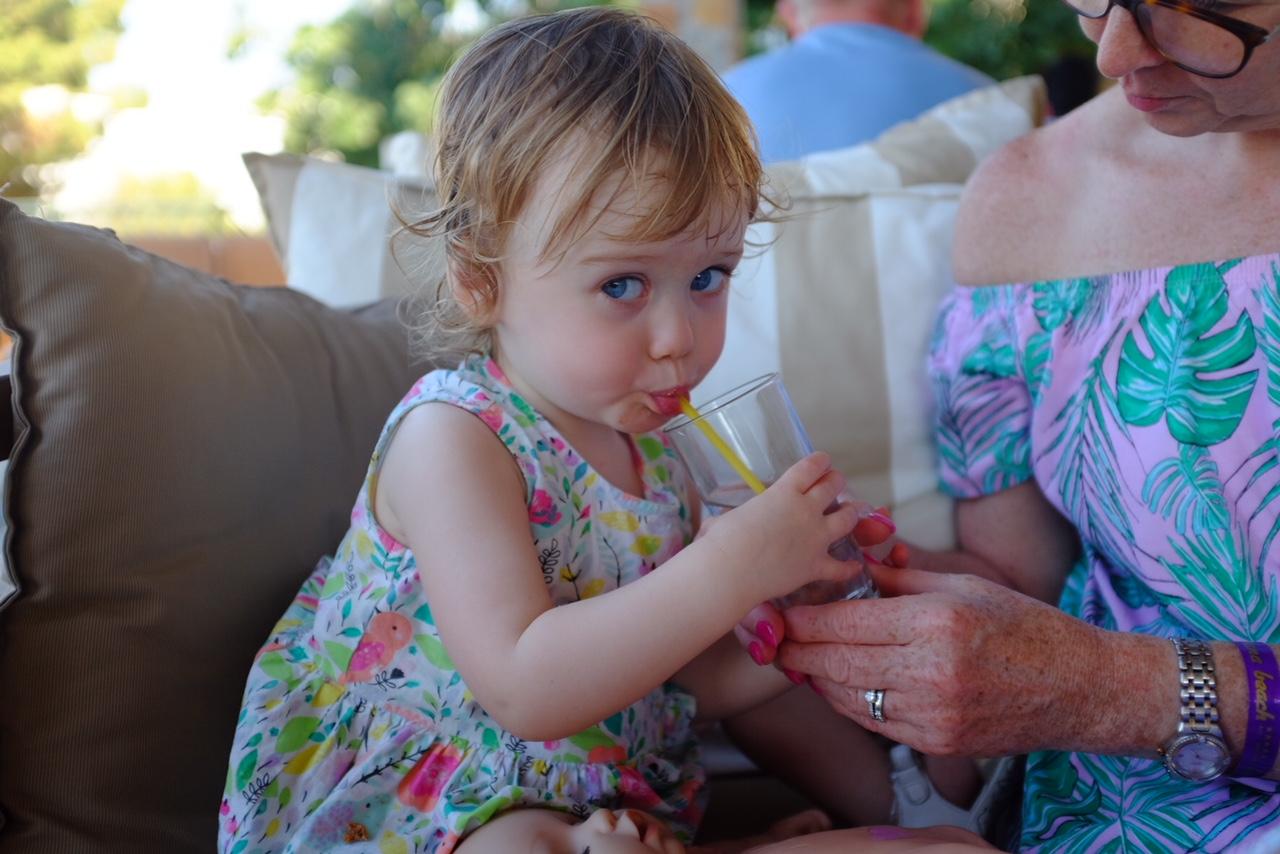 Her sister I expected to be easier. She’s four. Older and more independent. She’s been fine over the last two years; gaining confidence in the water and taking holidays in her stride.

She was the most difficult in ages. Hot, tired, moaning and worst of all, being such an ungrateful child. Something I hate and something I never really wanted to experience.

I kept my patience for a good few days. Gave her the benefit of the doubt. It was hot; hitting 30 degrees. She was tired. Later nights and being disturbed a little by Piglet waking up in the morning. She may have been a little homesick. 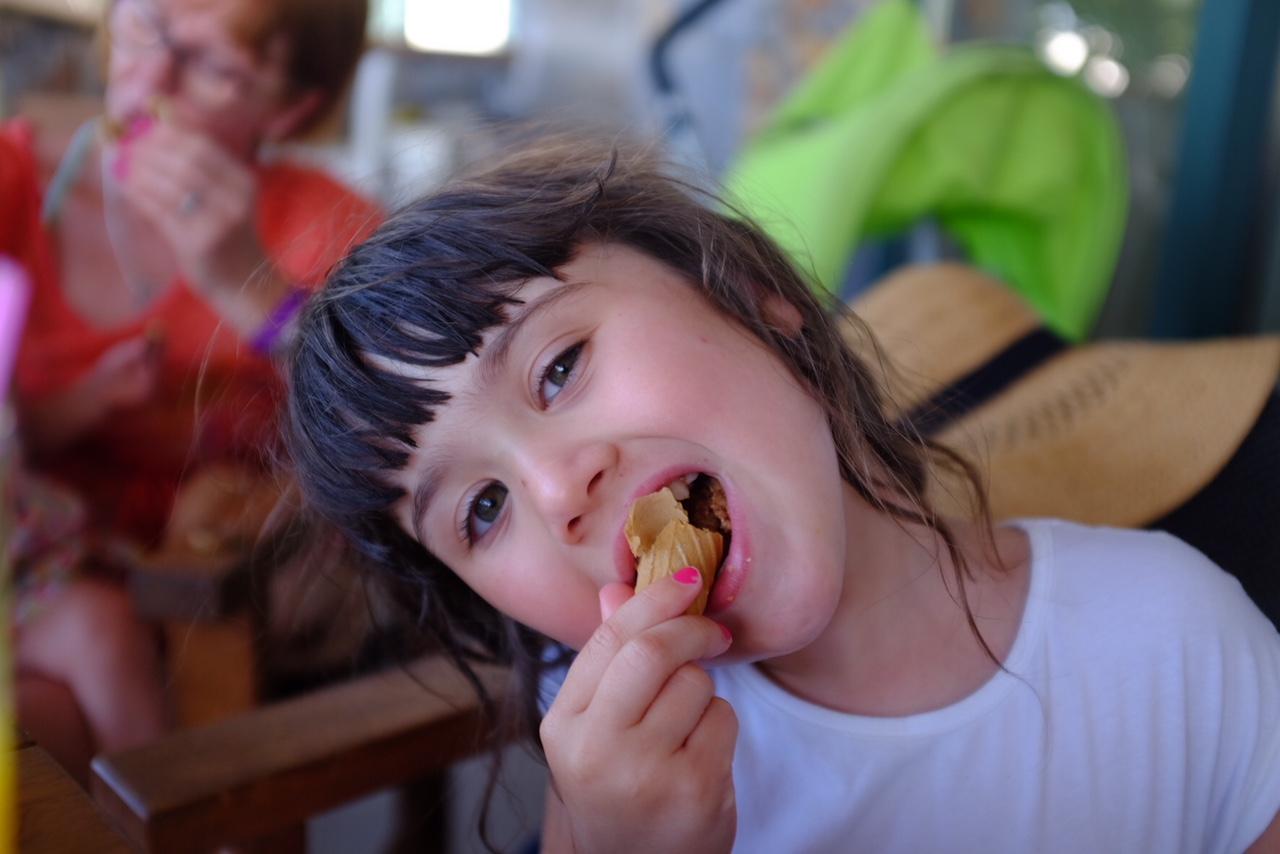 But I guess there was only so much I could take and on day 5 of the holiday it was enough. My Mum and step dad had gone away for the day together and we had all gone for a browse in the local town. To be fair it hadn’t been a bad morning apart from all the moaning from my eldest. On return to the hotel, I blew. First time in ages. I said things I shouldn’t. Called her ungrateful. Even called her a brat. Said she was so lucky to come away. Said flying was something I had never done until I was 16. I don’t lose my temper with her often but when I do, she remembers it.

I read somewhere you shouldn’t make kids feel guilty for what they have and I to some extent I agree. She didn’t ask to be born who she is, where she is and into our family but she was and at the same time it doesn’t excuse taking everything for granted.

I let her sleep and when she woke we had a chat. I always apologise for shouting and upsetting her but never for the reasons why. I explained to her why I was so cross; she was taking her holiday for granted and she did need to realise she needed to be grateful for what she is bought and what she has.

I’m not sure it has sunk in. It’s a hard lesson to learn and it’s hard to deal with as a parent. It makes me uncomfortable when she is so rude and ungrateful. I know she’s four; she’s got a lot to learn but if anyone has dealt with this too would love to hear your thoughts! 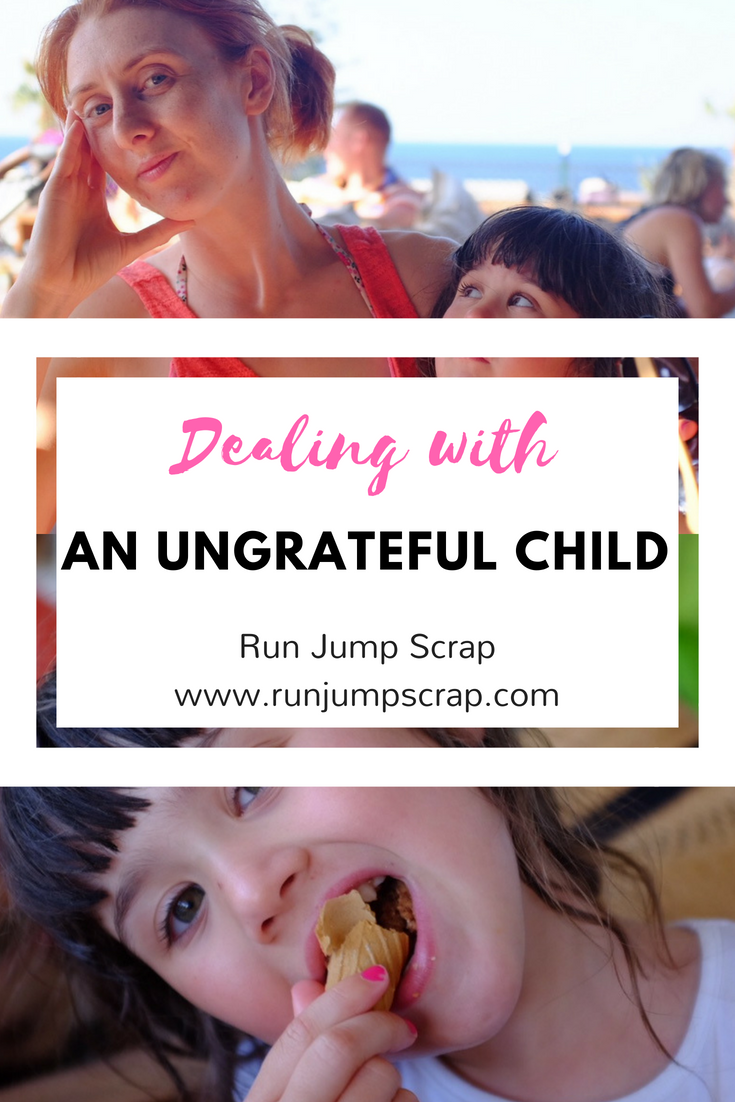