When I was a kid, Paddington Bear was one of the first shows my Dad every showed me. I used to love how he liked Marmalade Sandwiches, though I never really liked them!

Fast forward to now and we have a whole new generation of little ones who love Paddington Bear, two new films and these two fabulous games from University Games, which you could be in with a chance of winning! 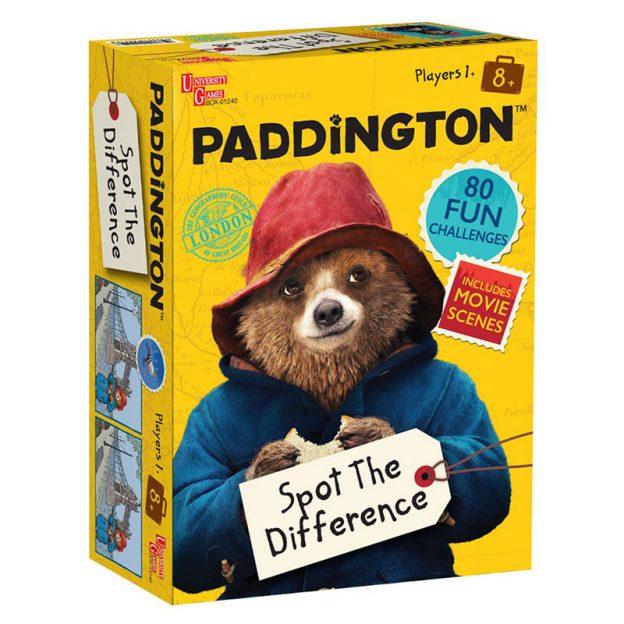 Aimed at children 8 year old plus and is aimed at one or more players, so your little ones can embark on a Paddington Bear Adventure alone!

The game is as described: “Follow the adventures of Paddington, in two seemingly identical images. But just like his adventures all is not what it seems. Can you find the 5 or 10 differences and beat your opponent to find the ‘pot of …marmalade!”

It can be purchased from John Lewis, Amazon and Hamleys.

Aimed at children 6 years and older and for 2-4 players, this game can be played in a group and would be a fun party game for dare I say, Christmas!

As described online, “Paddington is on his way back home to 32 Windsor Gardens and wants to visit some famous London landmarks to take selfies for his scrapbook. Be the first to collect 4 selfies and get Paddington back home in time for tea. There will be fantastic fun along the way, but watch out…not all your sightseeing adventures will quite go to plan, after all Paddington is rather prone to mishaps which land him in sticky situations!”

It can be purchased in John Lewis, Argos and Amazon.

Would you Like to Win One of These Games?

If so, please enter via Rafflecopter below.