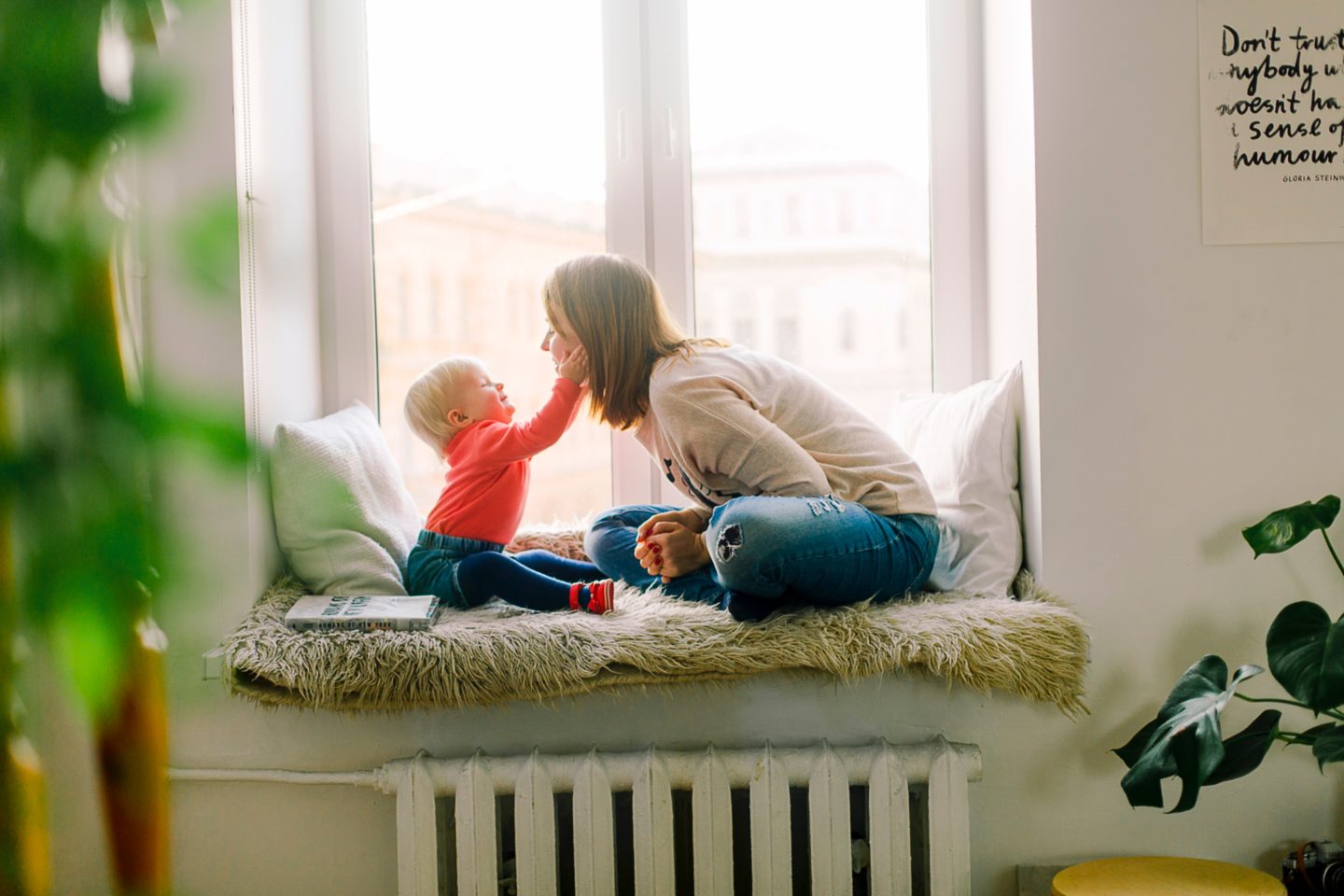 We’re learning more and more about what children need in order to become grounded, happy adults. Stability, education, and all the basics of life – such as enough food and so on – are essential, and then there’s the matter of happiness, another key ingredient. Children learn the art of happiness from what they experience in their immediate surroundings, and children who grow up in an unhappy home often experience troubles later in life. But what are the things that contribute to an unhappy home? We take a look at some examples below.

There are some things that have a disproportionate impact on happiness and stress levels, such as money. Indeed, it’s not only the number one cause of arguments in relationships, but also feeds into the overall vibe of the family home. Most families go through financial difficulties from time to time; it’s how you handle those tough times that count. It’s well worth learning the art of managing financially related stress (and all stress) so that it doesn’t bleed into the atmosphere of the house.

There’s much to love about having a large family, but they can present some issues — chiefly, that space seems to come at a premium, especially since the more people there are living in the house, the more objects you’re going to need to keep stored. If you’re not regularly purging your belongings, then you’ll run into the issue of a cluttered existence, which in itself can compromise the happiness levels of your home. It’s much easier to get into that cheerful groove if you have a minimalist space where everyone can relax in peace. If it’s been some time since you’ve had a clear out, then get to work. Go through the home and throw out (or donate to a charity store) anything that you’ve not touched in the past six months. It’s a cathartic experience!

Conflict in the Air

Ah, siblings. Sometimes it feels like they were born to fight with one another. While there’s little harm in the occasional disagreement, if it’s becoming a regular, nightly occurrence, then sooner or later the home will begin to have bad energy. In some cases, it might be best to just keep them apart from one another, especially during times that seem to be the trigger for an argument (such as, say, when they’re playing video games). They’ll grow out of it eventually! 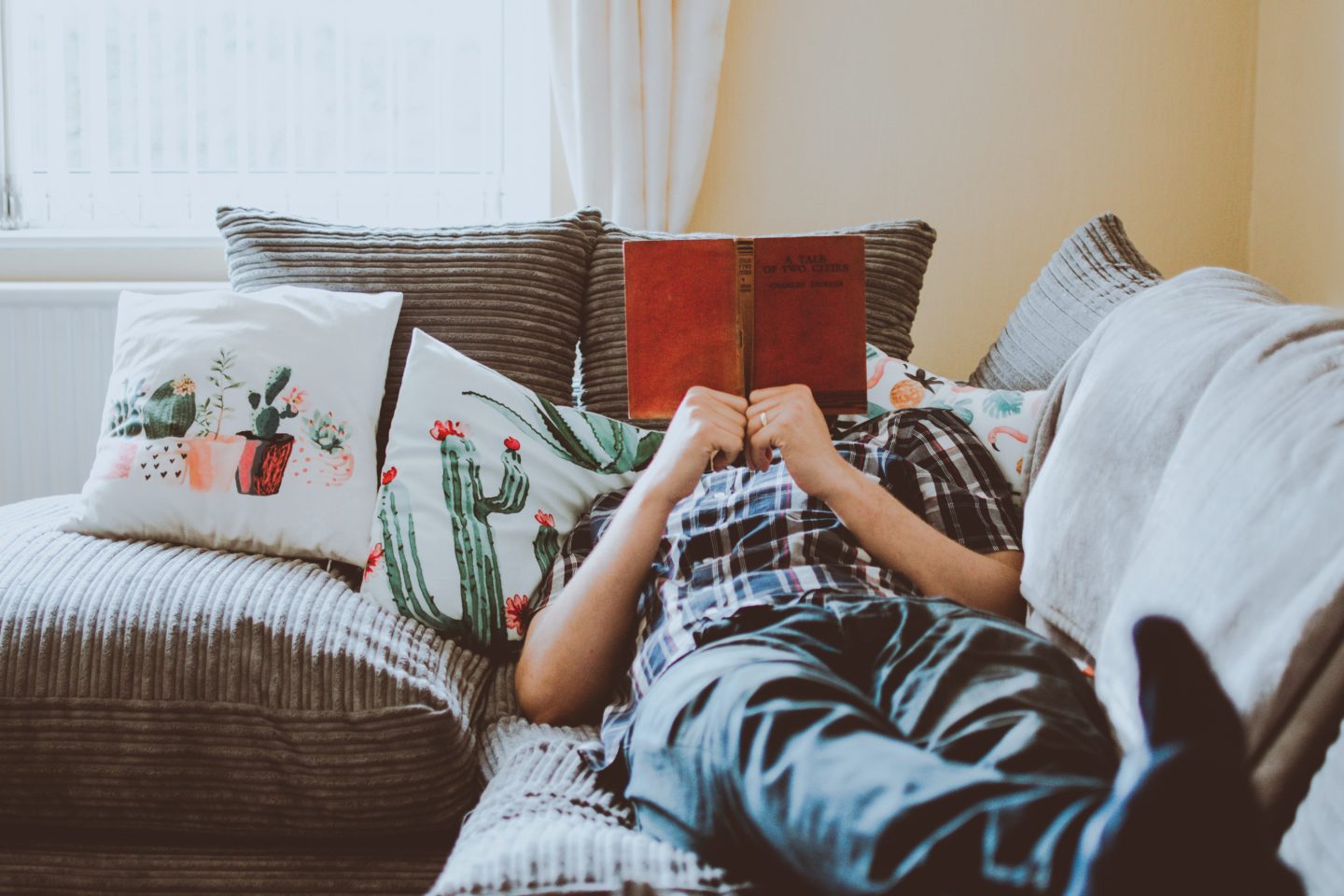 After the Love Has Gone

Of course, in many cases, it’s not the children who are causing tension in the home. It’s the parents. While all relationships are tough to manage, it’s worth remembering that parent’s arguments don’t just exist in the moment; the effects linger on, and follow the children through to adulthood. While it’s not always nice to think about, sometimes it is best to speak to family law lawyers, and seek a divorce. Studies have shown that it’s better for the children (and the couple) if the parents separate rather than “stay together for the kids.” It’s much better to have two happy parents who are separated rather than two miserable parents who are still together.

It’s tough out there in the real world. Costs are rising all the time, and people are working longer than ever before just to make ends meet. Alas, the consequences of these long hours are damaging, since it means there’s less time for parents to spend with their children. By the time they get home, the parents are too tired to play or spend quality time with the kids. The world is slowly shifting to a different workforce, however, one that allows employees to work from home and more flexible hours. If it feels like your work/life balance is out of sync, then speak to your boss. If you’re a valued employee, they’ll likely be willing to find an arrangement that better suits your family’s needs.

Not everything that happens in the home is because of household conflict and pressures; it’s because of personal issues that stem from outside of the home. For instance, if a child is getting bullied, or if there are troubles with an extended family member. The good news is that these issues, handled properly, can resolve themselves, but they do leave a black cloud lingering over the family home while they’re taking place. If it’s not you who has the personal issue, then make an effort to bring some light and happiness into the home — it’ll be much appreciated by all. Sometimes it just needs someone to bring some good energy into the home to remind people that their temporary troubles aren’t the only thing in the world.

Sometimes, you can do all that you can to create a happy, loving home, and still have problems. An example of this is when you have bad neighbours, which is one of those things that is, essentially, out of your control. If they’re loud or rude or otherwise seem to put a blight on the street, then there’ll be a small edge taken off the quality of your house. You can do things, however — such as soundproofing your house, or talking to them, if it seems like they’ll listen. Sometimes, it might be a matter of getting the police involved.

A few years ago there was an interesting television show called Back In Time For Dinner, which recreated the home and lifestyle of previous decades, and had a modern family live as if they were living during the time. What they found was that while families traditionally used to spend time together, once technology was introduced into the home, people were much more likely to spend time alone in their room. If there’s too much independence in the house, then you won’t be able to foster those communal bonds, which is essential for collective and individual happiness. This is a tough one to manage, but if you’re aware of it, then you may be able to gently nudge more time spent together rather than everyone on their own.

An unhappy home isn’t solely the effect of inter-family dynamics. In some cases, the house itself – as in the four walls and the roof – can breed unhappiness. For example, one thing that has a big impact on your family’s happiness levels is how much natural light the home gets. If all the rooms are dark, then you can’t be surprised if the family’s mood is a bit dark, too. Look at making the space feel brighter and more roomy by adding windows, mirrors to the wall, and avoiding putting anything that might block some of the light making it through to the room.

One of the best family activities is having a cosy family night in, doing things such as watching a film together, or playing games. These things are really important when it comes to establishing a bond between family members, but they won’t just happen – you need to dedicate time to spending time together. Kids are pretty flexible, they’ll be happy no matter what’s on the cards. Plus, you should enjoy it while you can — sooner or later, they’ll want to be off spending time with their friends.

If there’s one thing that you should make part of your schedule, it’s everyone eating at the same time. It’s one of those simple things, yet it allows families to talk through their day and other conversations in a relaxed setting. While it might not always be possible – especially on Fridays and Saturdays when people usually have plans – for the most part, it should just be part of the daily schedule. Try and make dinner at the same time every day, so people know where they need to be a specific time, always. If lifestyles dictate that it’s not always possible to get together to eat, then make it part of the schedule whenever possible. Sundays are usually pretty open — make a big dinner, and make an event of it.

Now, of course, everyone wants to have privacy, and it’s understandable that your home shouldn’t be a revolving door of guests. However, there’s much to be said for having a generally open policy, and allowing family members and friends of your children to visit. For starters, it’ll mean that there’s more love in your home, which is always good! And second, it’ll keep the family dynamic going for more years. There’ll come the point when your children want to spend time with their friends — and they’re going to do it in your house or somewhere else. Allowing friends to visit will keep the youthful atmosphere in the house for longer (plus you’ll be able to keep your eye on the kids, too!).

Finally, take steps to ensure that everyone has what they need to be happy and fulfilled. Sometimes it’s good to write every cheerful and bad experience in Memoir prompts. If everyone in the family is in a good place, then it’s more likely that there’ll be good vibes in the household!