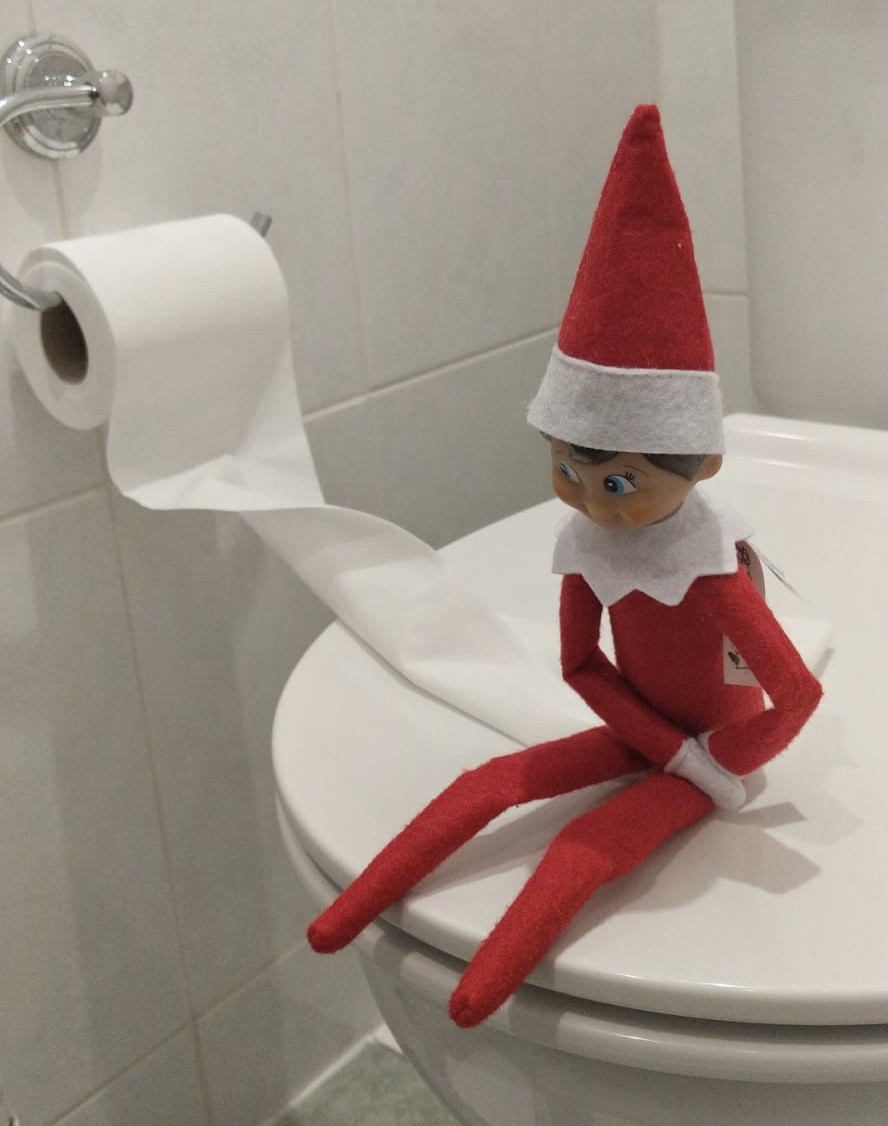 Elf on the Shelf. I mean where did it even come from? I can’t actually even remember if it was a thing before I had my eldest but when I look back, it has actually been around since 2004! I was 20, so obviously missed out on that one as a child. Not sure I missed out on much! I’ll be honest, before kids and even when eldest was teeny, I hated Elf on the Shelf (sorry!). It used to just do my head in. I used to see pictures of these random elves on Facebook and think just why?

It was probably one of those things I used to think was a total waste of energy and time; just something else to worry and stress about before Christmas! Since I have become a parent and now a mum of 3, I realise how much hard work Christmas is and was for my Mum. You totally appreciate your childhood don’t you sometimes and what your parents did for you?

I Hated Elf on the Shelf

My eldest was probably a baby around the time I really noticed Elf on the Shelf.  I always said to hubby it wasn’t something I would EVER do and I don’t think he listened to me! However when my eldest was in reception, I got my hands on an Elf and some crazy part of me thought, why not? You mellow don’t you with your kids. Say you want a lovely date night with your hubby and end up having a flipping sleepover with your kids in the lounge. I hate back tracking but it’s a regular habit now.

The eldest had a class Elf in reception so she did have some idea of what happened. She knew he moved and you weren’t allowed to touch him. So after I rushed back from a work conference on Friday 31st November back in 2017, we got him out and the lovely book he came with, and sat him on the mantelpiece. 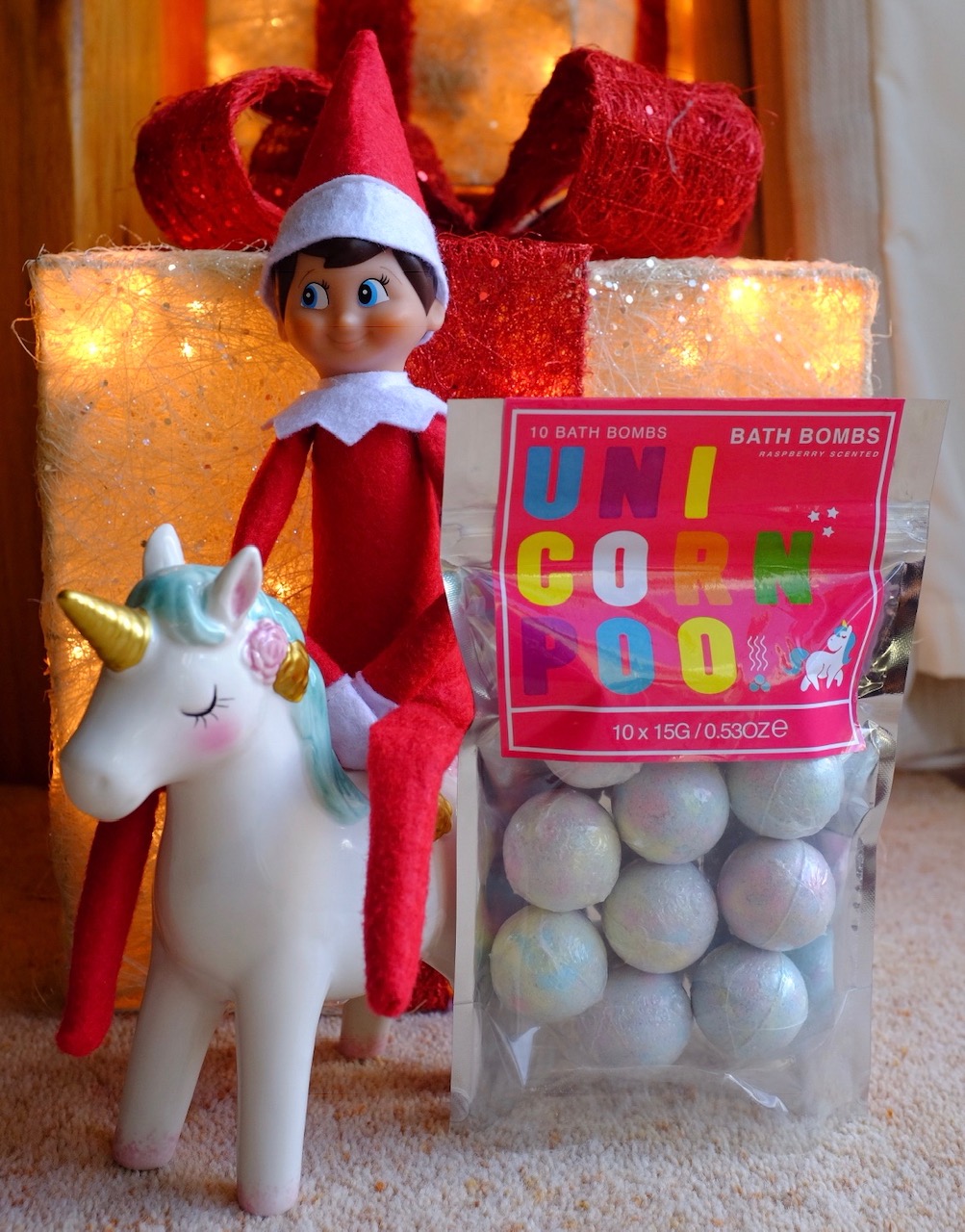 We never looked back! My eldest was enraptured since that December 1st. Once she was introduced to him and yes, her inquisitive mind did question if he was real, she was so excited. She did tend to want to make one of us get up immediately with her to find the little thing (not fun at 6am!) but it was so lovely to see her excitement and her strong belief. She never touched him at all either.

I have to admit I got quite into it. In that first year we only almost forgot once or twice but always sorted him in time. We were never that crazy or imaginative as some people I have seen on social media and Pinterest but we had a giggle hanging him upside down, head in cereal and getting lost in the Christmas tree!

But like anything there is no need to get that crazy and social media can always be useful but at the same time, a comparison minefield. But I must say, I’ve not cared with the Elf! As long as he moves, my eldest has loved him! It made December so much more magical and exciting and not just about chocolate. 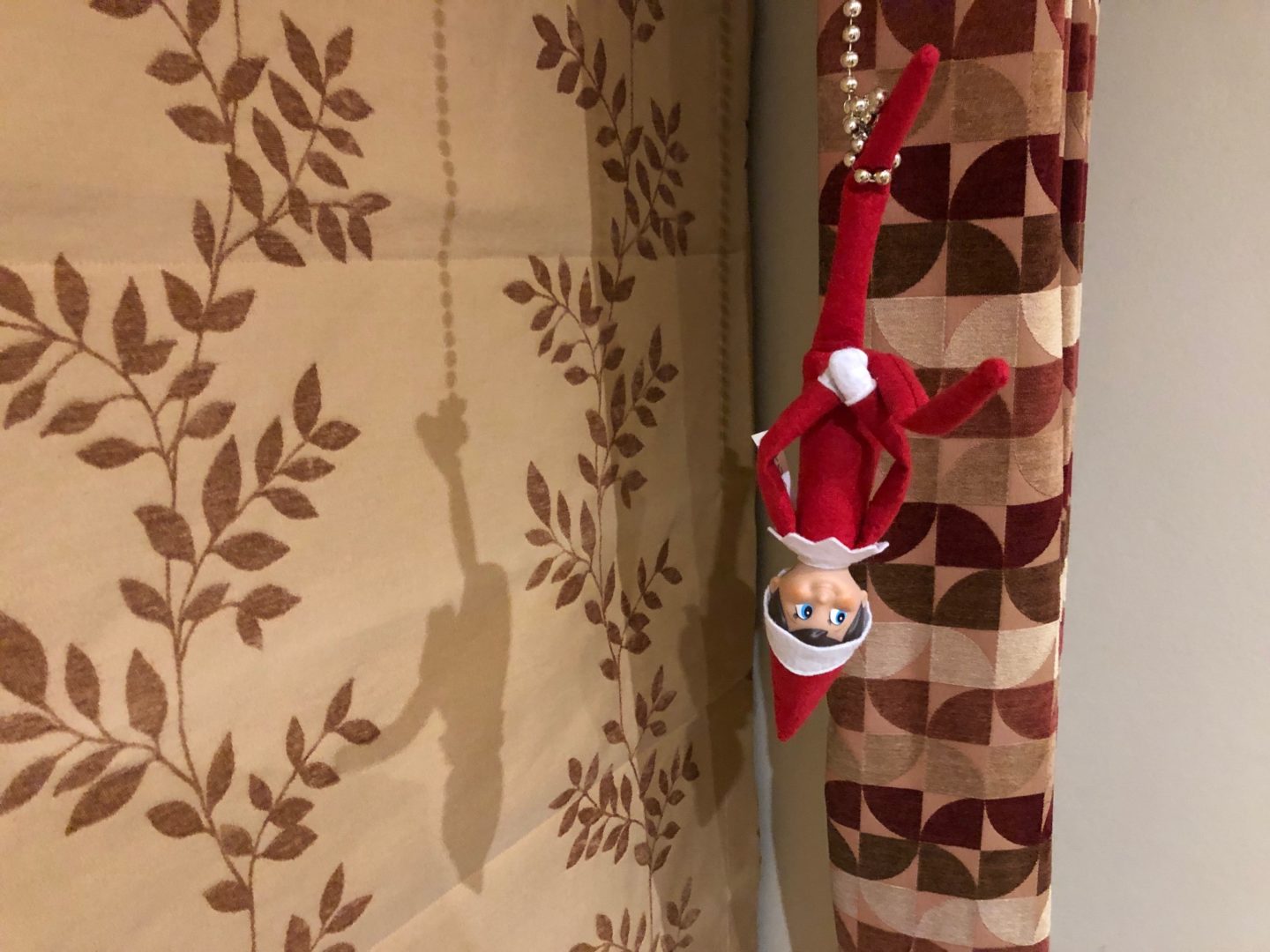 She’s not a massively naughty girl, just absolutely ridiculous and very head strong sometimes. I never really threatened her at all with no Santa or the Elf telling Santa about her behaviour. It’s not that I’m against it but I don’t want her thinking she’s being watched all the time!! That was one of the things I didn’t like about the Elf on the Shelf concept; I didn’t want her to feel worried or anxious if she misbehaved, as of course she would do. My girls are bonkers for the whole of December.

So our Elf was here to stay and I know we will continue to have some fun times with him over the years.

Yes it is extra work.

Yes you have to remember everyday.

BUT NO, you don’t have to be very extreme and compete with some of the crazy ideas. As long as that little Elf moves somewhere everyday, your little ones will be enraptured!

I hated ELF On the Shelf (Ba Humbug!) but my mind has been changed! 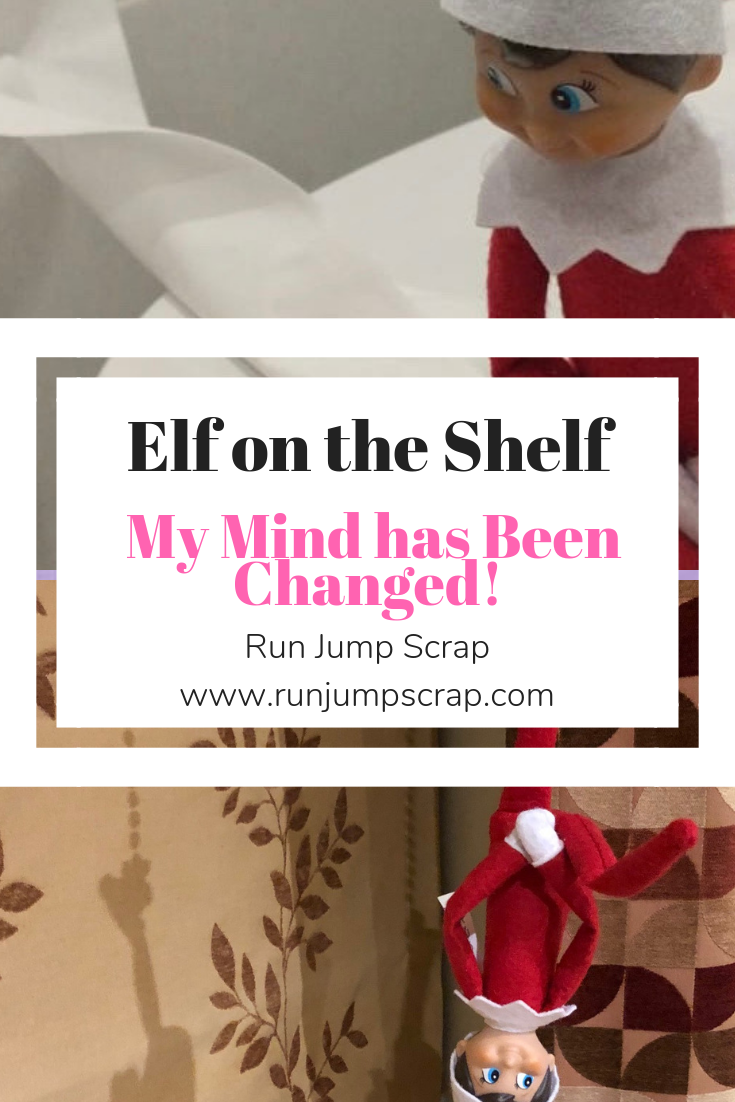