This week’s word is Bloggerlodge!

A while back, I remember a spreadsheet popping up on Facebook asking people if they wanted the chance to stay in a local Travelodge for free, in exchange for a review and post. I bunged my details in for Birmingham and thought not much more until I was contacted to do it!!

Hubby and I were going to see Years and Years in Birmingham and thought we could coincide the stay and have a weekend away. We were going to get music, food, drink, shopping and 2 night’s sleep. Bliss. Thank you Grandma and Grandad who looked after the little gremlin.

We stayed in the Birmingham Central Moor Street Hotel. This, as it sounds was close to Moor Street Station and really close to the Bull Ring. It was also away from the party side of Birmingham, which was fab as we wanted to sleep without drunkards outside our window!

We were not expecting luxury but the room had everything we needed. Clean, reasonable size, tea and coffee making facilities,  a  shower and a plug by the mirror! The views were cool and it was quiet. 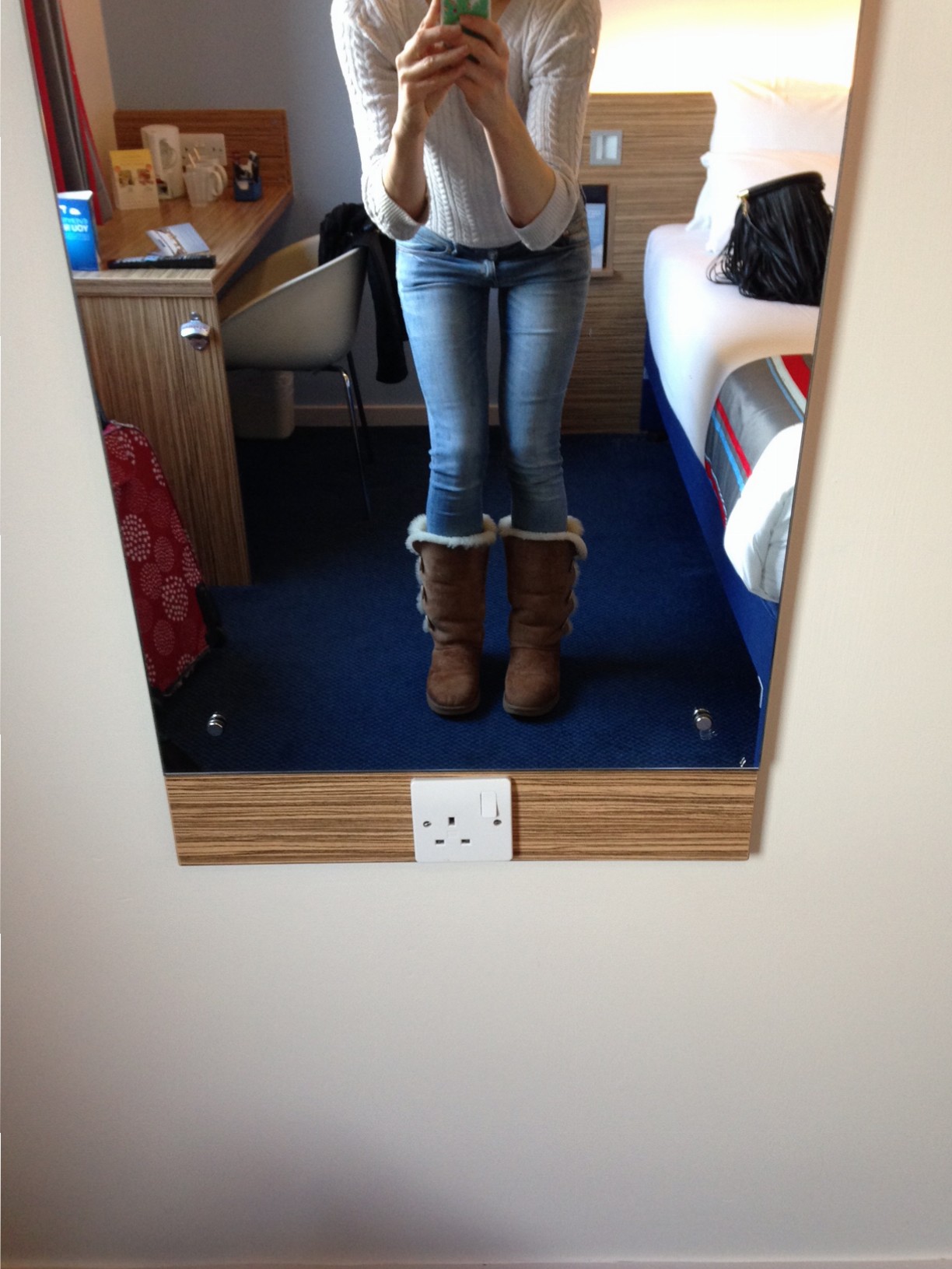 The mirror has a plug!! Always a plus! 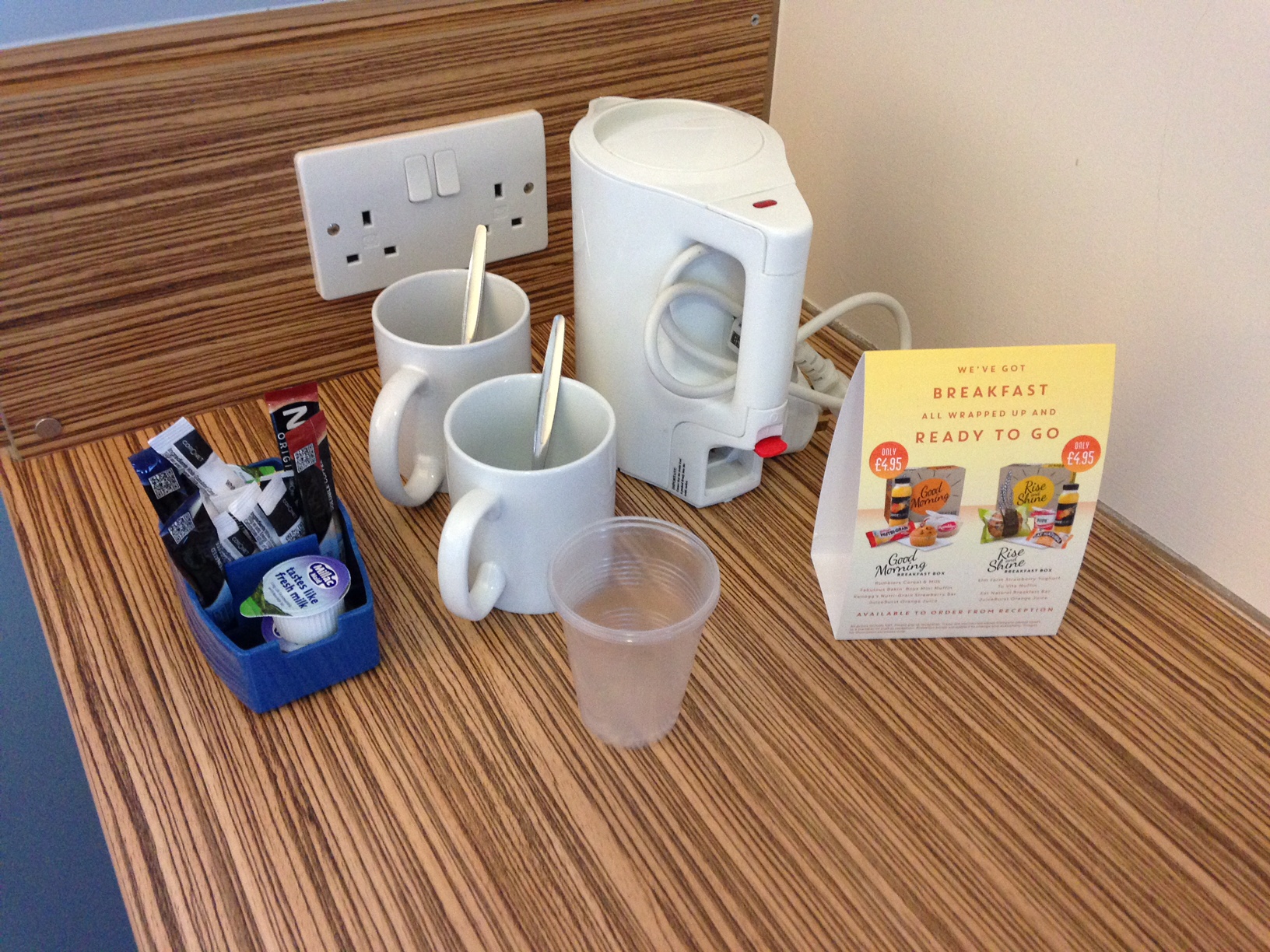 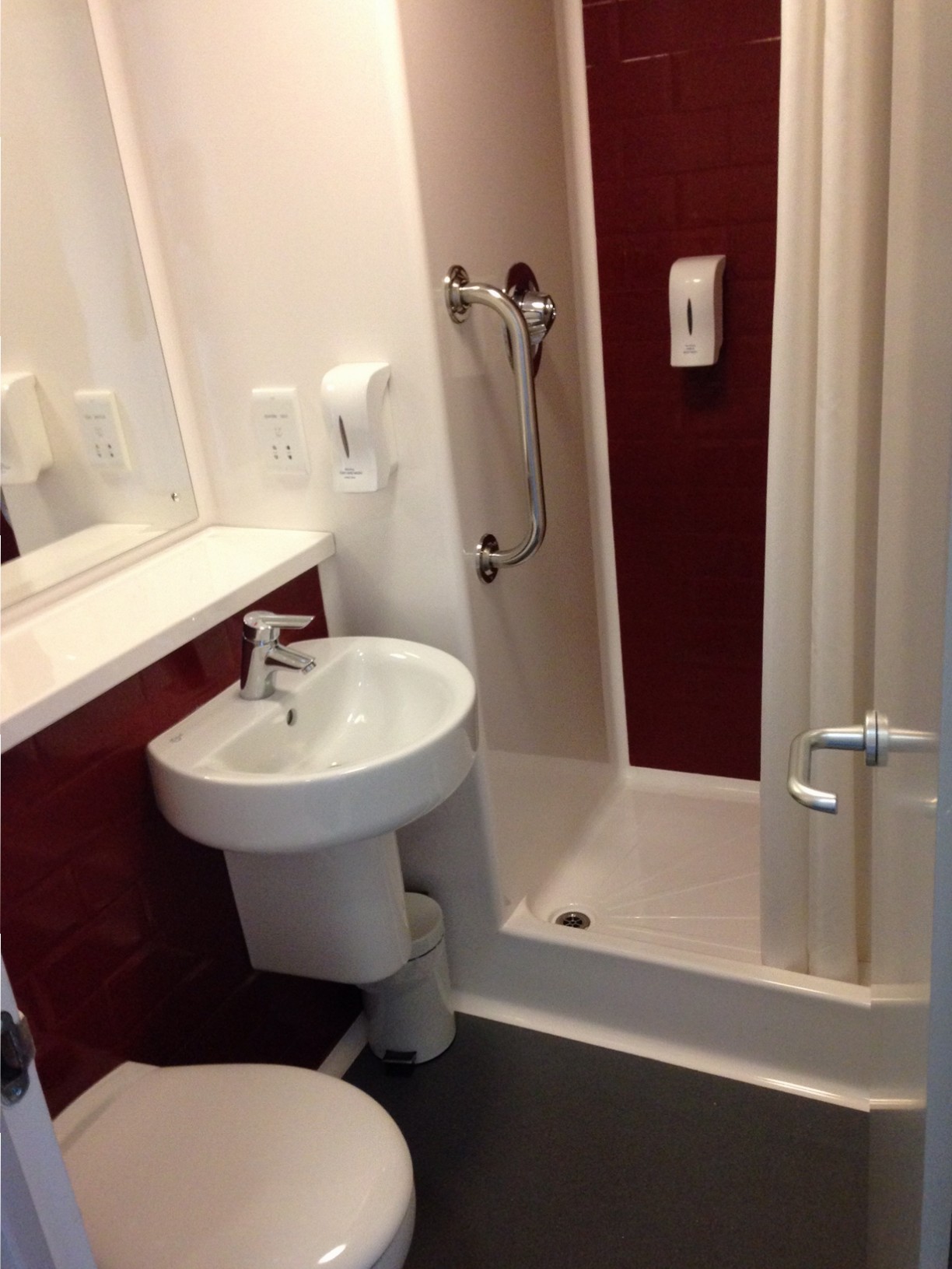 We were in a bit of a rush. I had to leave my car at the hospital and train in and hubby met me. We legged it over to the AMAZING new Grand Central station and had a quick burger each and grabbed some healthier snacks from M&S. 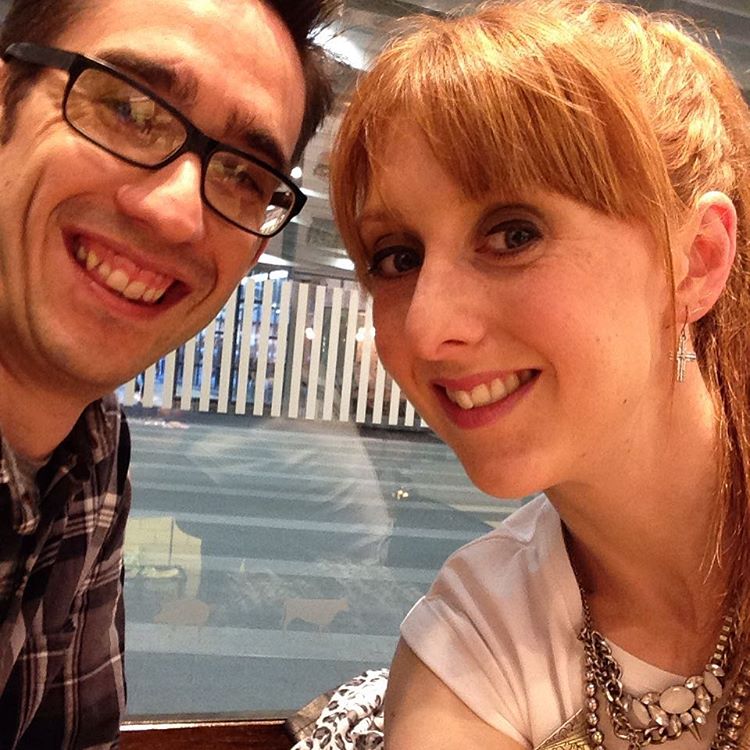 There was already a queue forming at the O2 Academy as doors opened at 6pm. We hadn’t got a reserved seat so we went early and managed to get good view. A pint of cider initiated some ridiculousness and made the 2 hours we waited for Years and Years to actually come on, go a tad quicker! The majority of you reading this probably won’t of heard of them (no one has who is 30 plus apparently) but they were amazing and we had a blast. 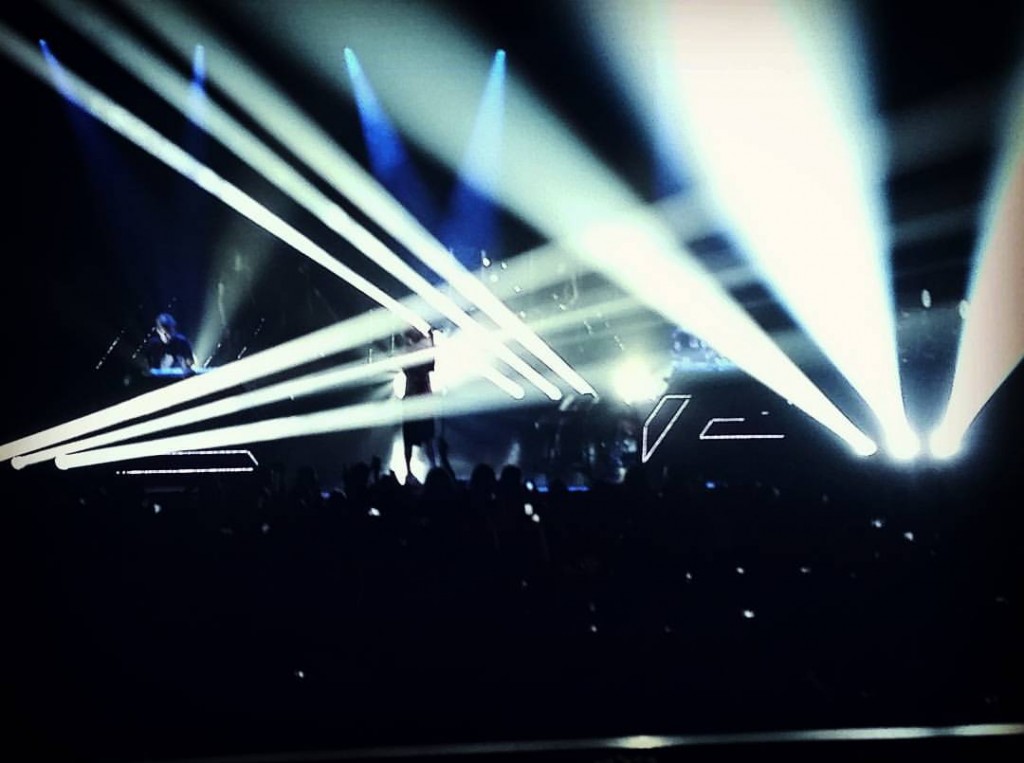 It was amazing to come back to hotel and know we weren’t going to get woken up! We managed to sleep until 7.30am which was heaven in gremlin terms and we lazed about in no rush to get out. The hotel did provide a breakfast box for us but in true, annoying, Sarah, dietitian style, I wasn’t going to eat it. Waaaaaay too much sugar and I was missing my eggs. 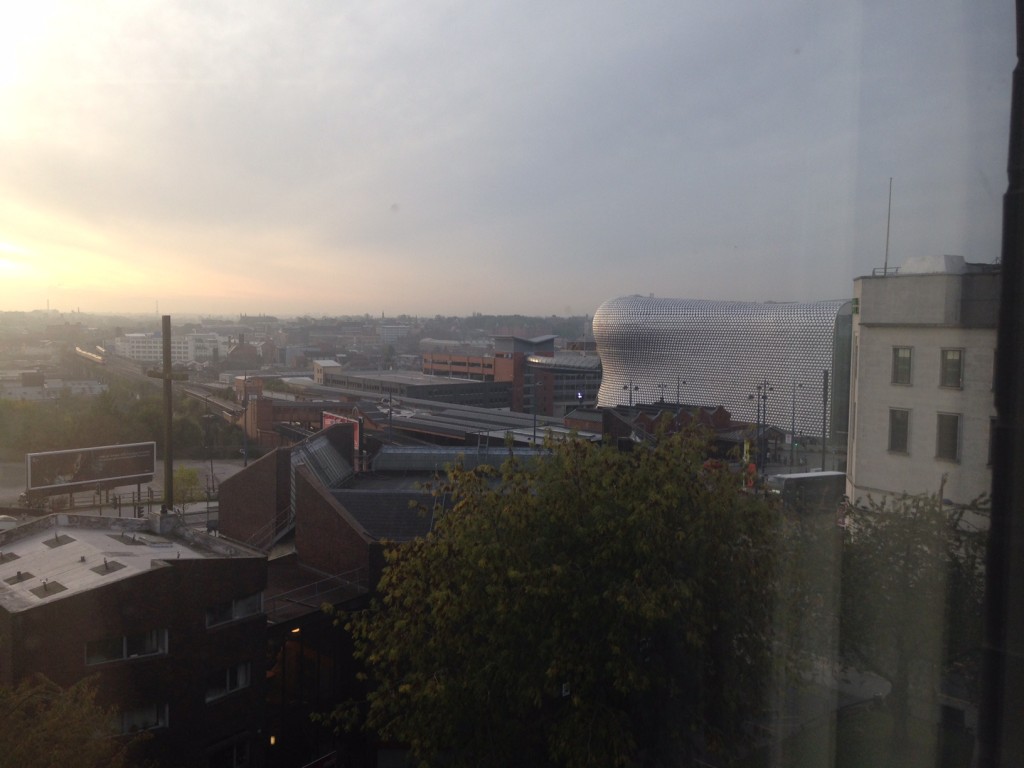 Can see the Bullring 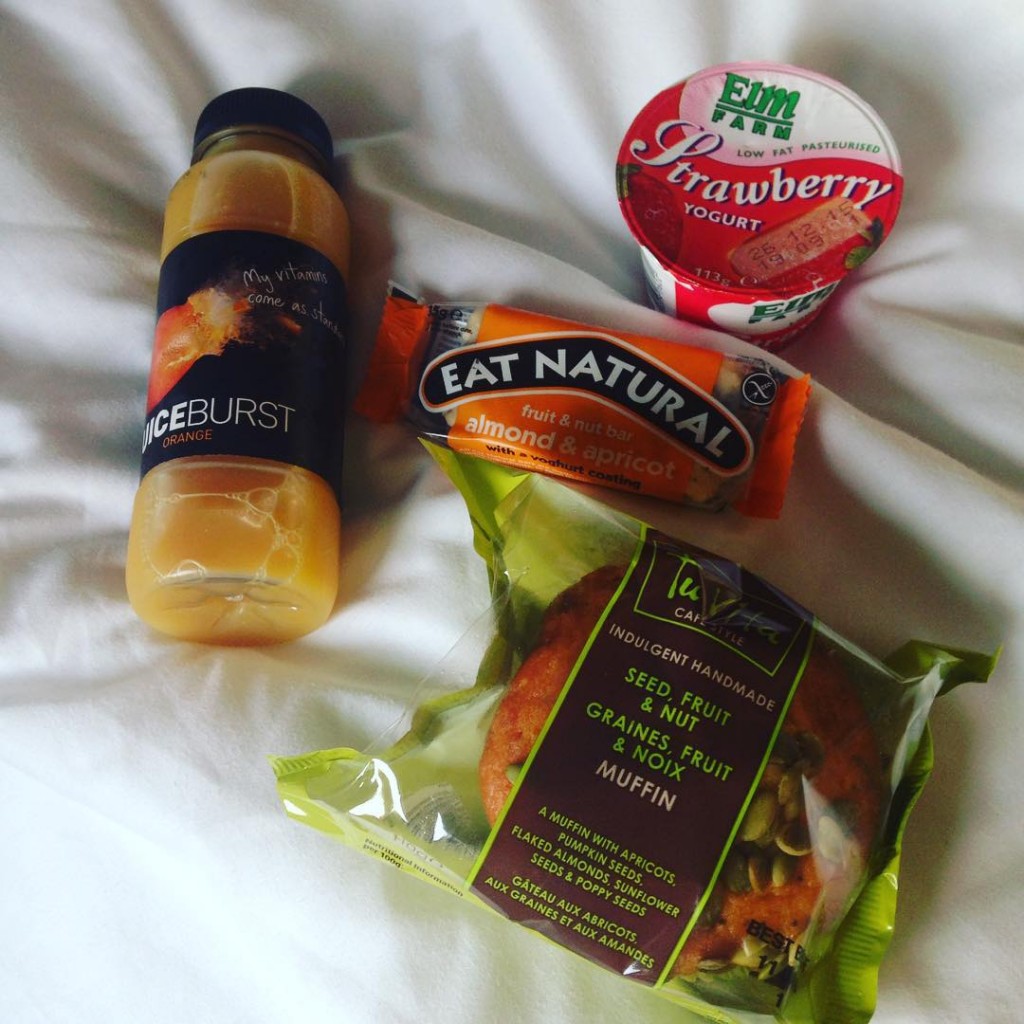 We decided to head over to the local Spooners (Weatherspoons) where it tickled me people were on the razz at 9.30am. We had some eggs at a decent price. 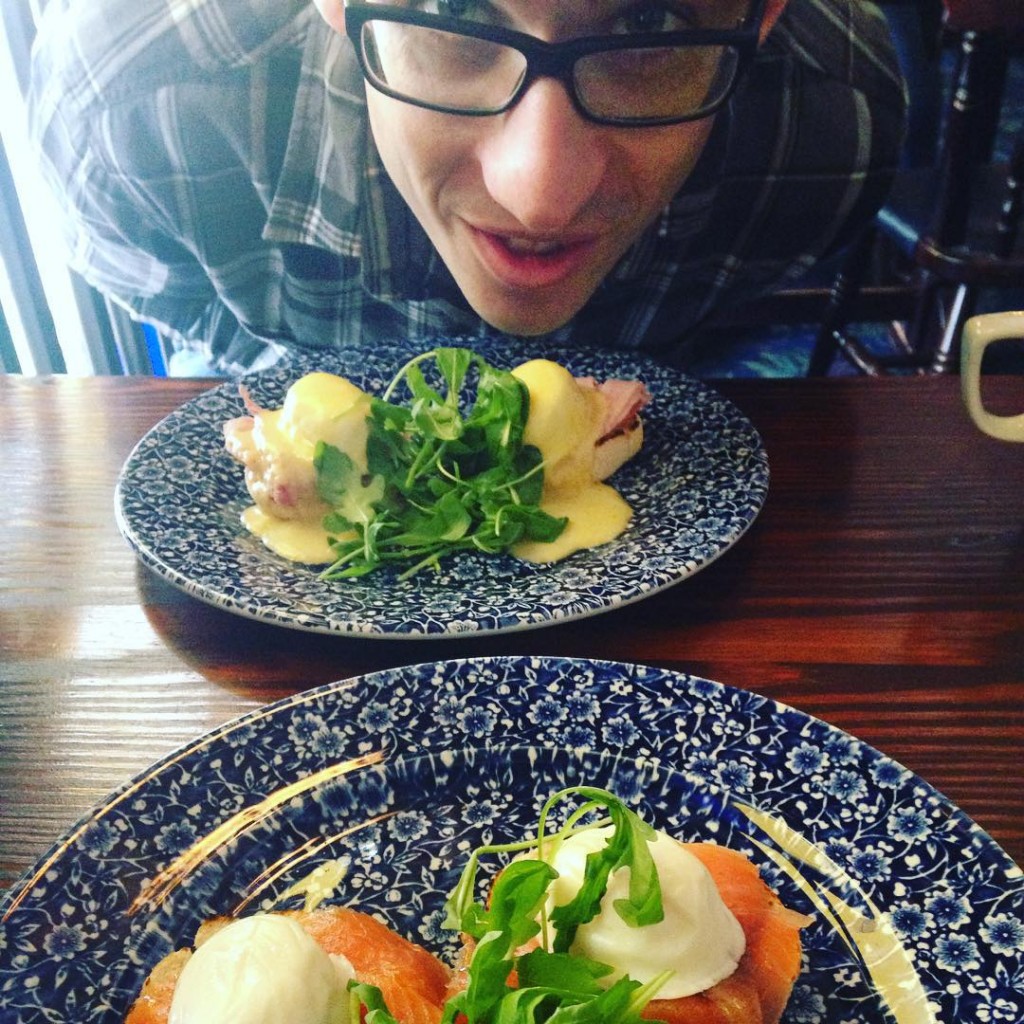 It was then shopping time! Hubster was starting to feel a bit unwell which was rubbish but he let me drag him around New Look and then spend 90 minutes in the Carphone Warehouse as on the “off chance” I went to look at the iPhone 6s and ended up getting conned into getting one 4 months early.

We were in a massive rush (again) as we had booked into the National Trust Back to Back Houses at 1pm. This was such a shift. Hustle bustle, people and technology one minute, to being thrown back in time and learning how hard some people in Brum really had it. I didn’t manage to get any piccys as had no phone at this point but it was brilliant and really added a different spin to the day.

We were starving after this so a cuppa and scone was next, followed by picking up my phone and a bit more shopping. I then wanted to go back to the hotel room and chill so we did.

We decided to get ready and try out a Syrian and Lebanese restaurant called Syrianas. It wasn’t in the best part of town but the reviews were ace and I love that style of food. It was great to get glammed up a bit and we found some parts of town on the way that we had not seen before. 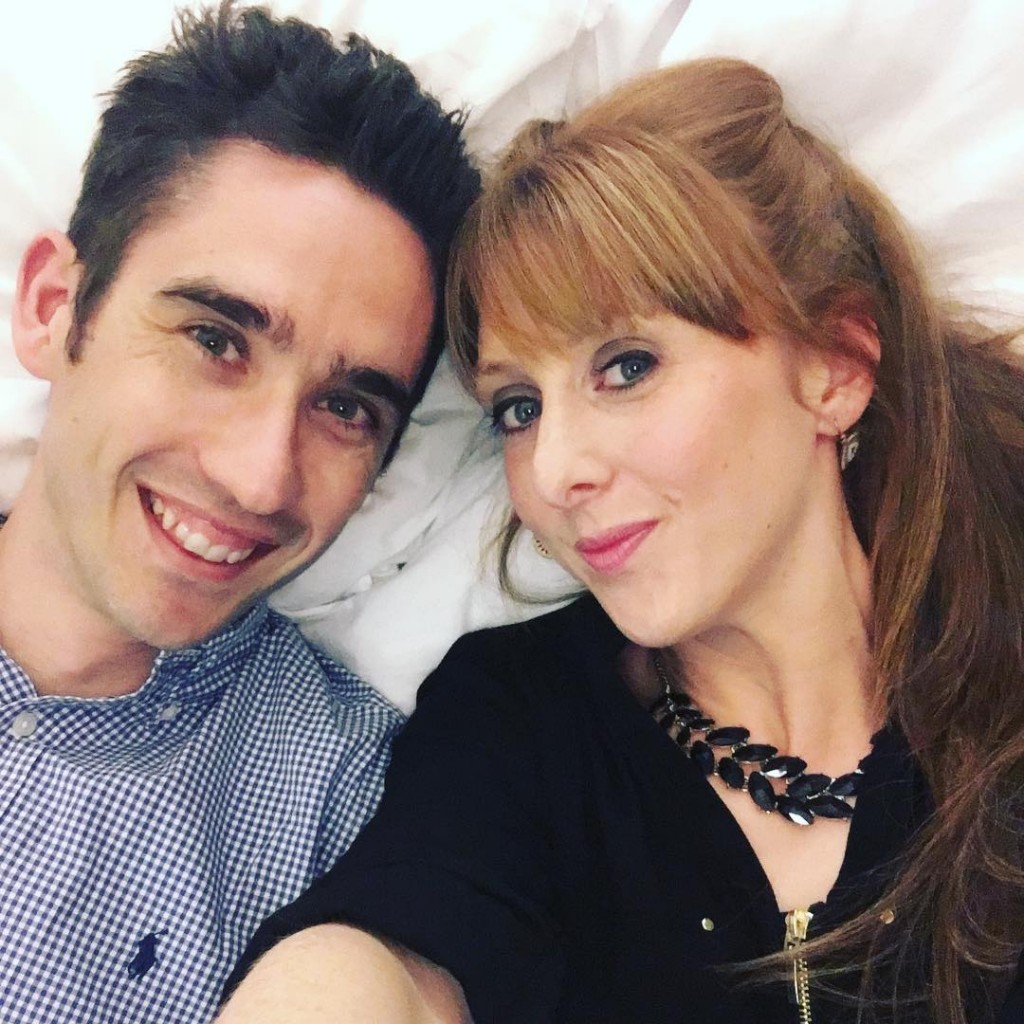 Me and the hubster 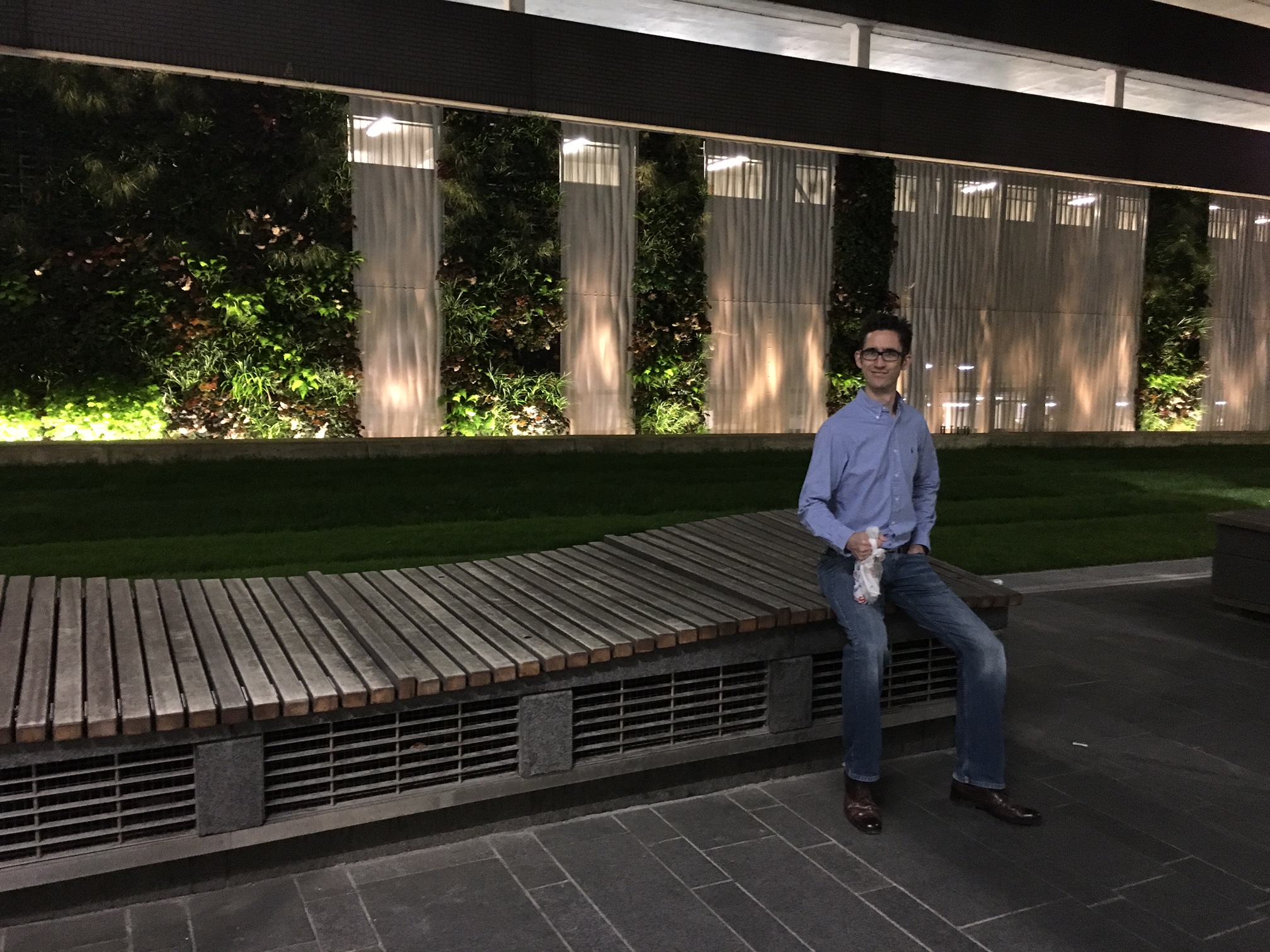 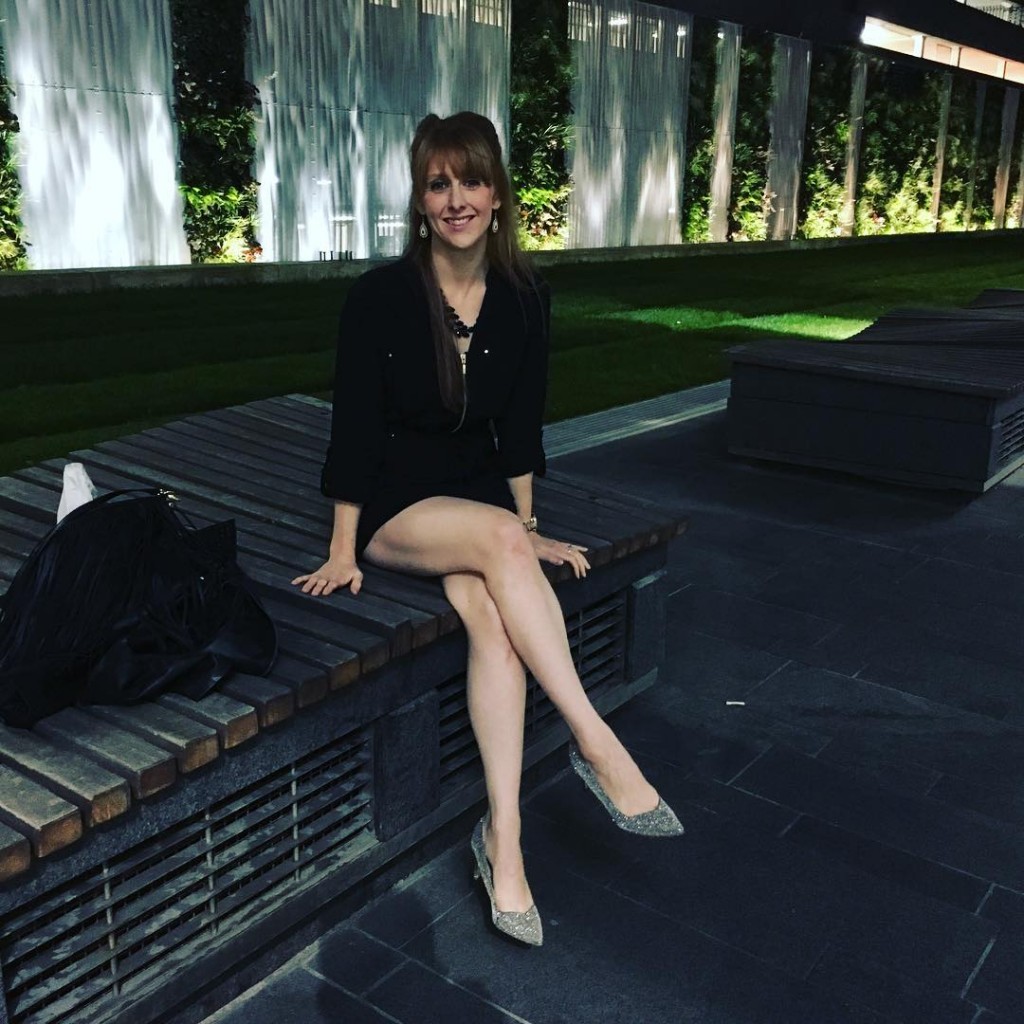 The food was just fab at the restaurant. We had bread, hummus, salad and halloumi to start. I had sea bass and hubby has chicken for mains. We could bring a bottle so we took some wine to share. Delicious and I just felt so happy to have some time with the hubster and chat.  The service was great and it was really reasonable in price. We will be going back. 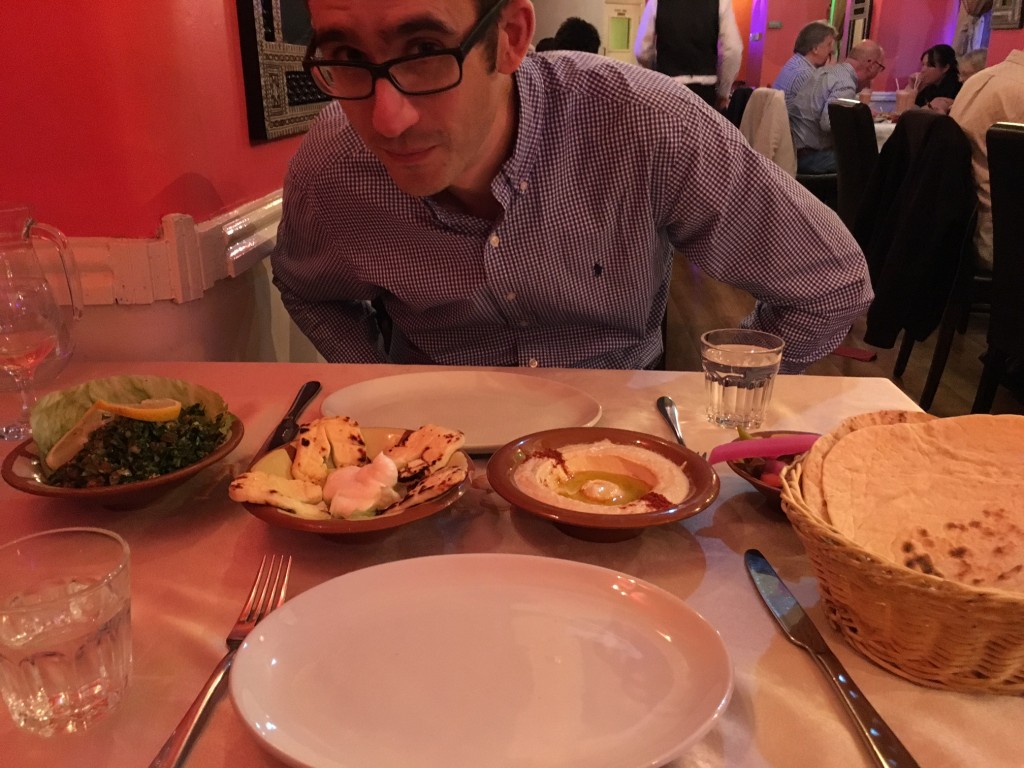 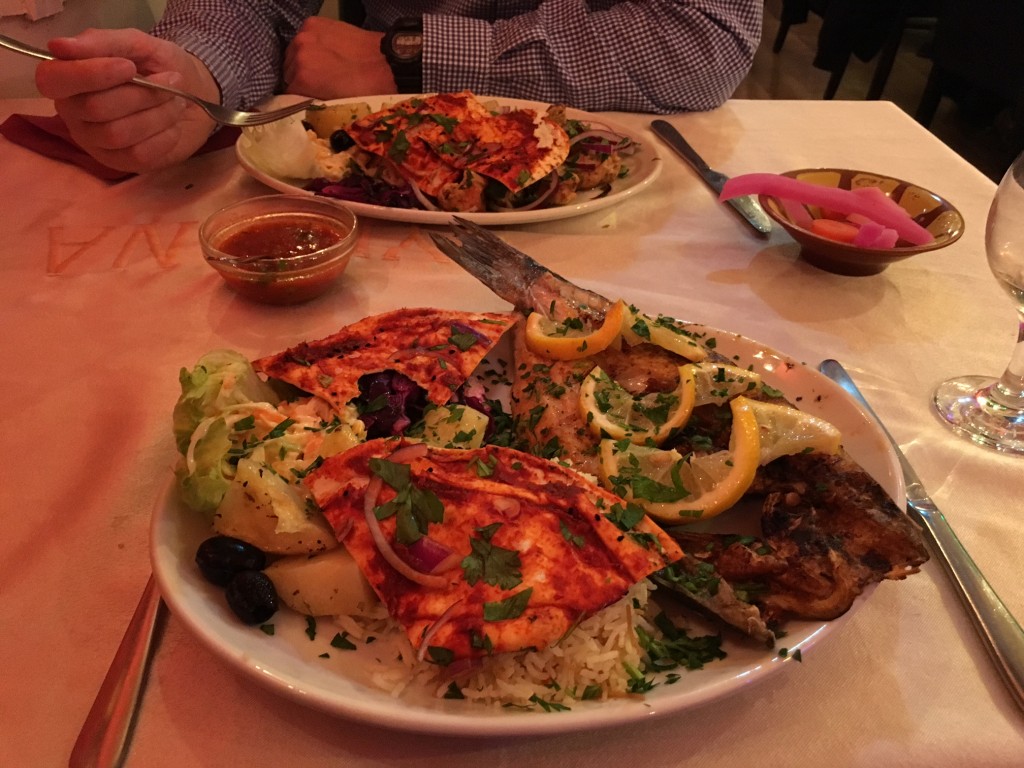 Hubby was unfortunately starting to feel a tad naff by this point so at 9.30pm we decided to go back to the room so he could rest a bit. I bought a small cheeky bottle of wine from the Tesco on the way back and in true classy style, drank half out of a plastic cup in bed and had a tinker with my new phone.  Lights out by 11pm and we enjoyed another good sleep.

The next morning we had to pick up my car from my work but we decided to go for a breakfast at All Bar One in Grand Central Station. This was amazing. The bar was beautiful and food great. It was double the price of Weatherspoons but I guess sometimes you do get what you pay for and the experience comes with this. 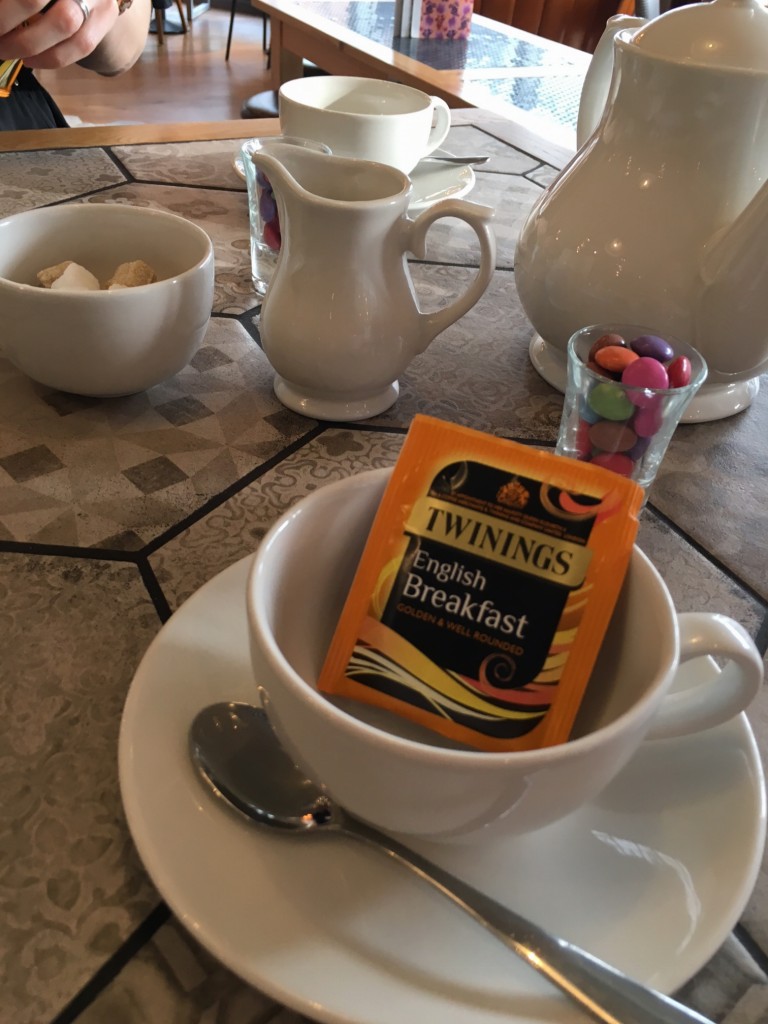 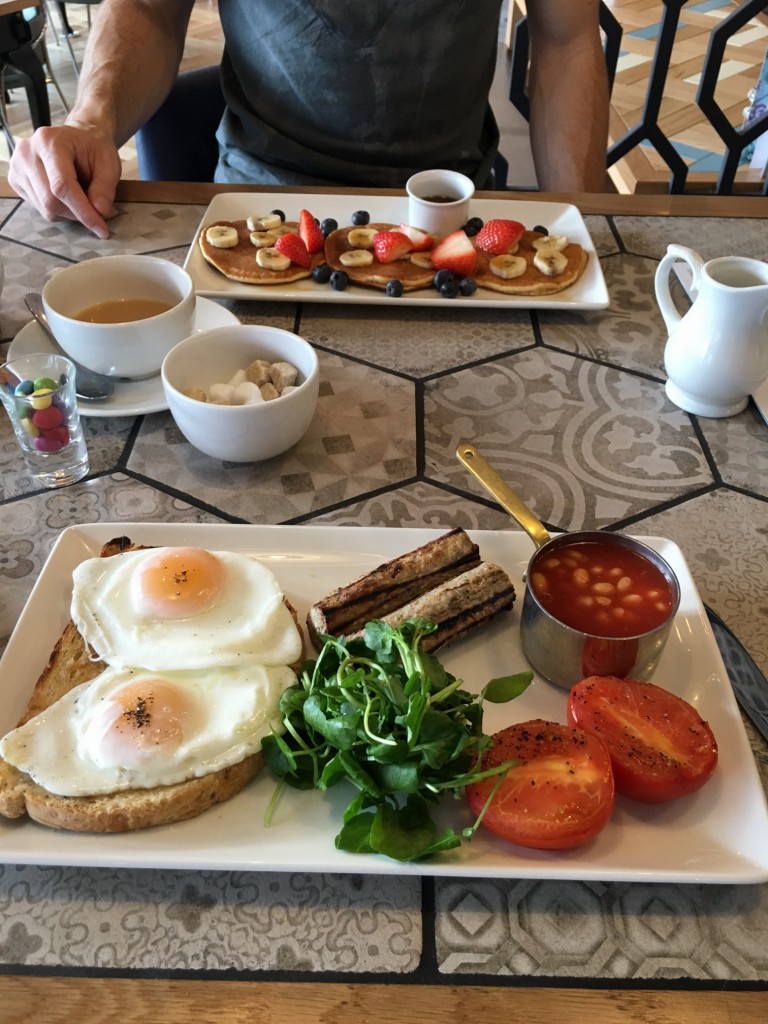 We had such a lovely weekend. I forget what Birmingham has to offer sometimes. There are so many places to shop, eat, see history and your favourite bands. The Travelodge was perfect for a weekend break. A comfortable base, close to everything you would need for a great weekend.

What are you waiting for?