Miracles..I think they do happen sometimes.

I smashed a jar of curry  paste on the floor on Monday. I was particularly devastated as it had been ages since I had a curry (3 days) and it was madras, one of my favourites.

Hubby kindly cleaned it up whilst I was still unpacking shopping but I was fuming and worse still I shouted “shit” very loudly and the gremlin repeated it, after running in to see the commotion.

However, this course of events led to what I would class as a small miracle. I haven’t raised a hamster from the dead or anything! Just something I never thought would happen in a million years.

Let’s go back a bit.

My lovely Grandma passed away last November. I was so lucky to find her engagement ring, sat in a vase in her room and wore it most days I could. It is over 70 years old and my Grandad had to ask his mother in law to be to help him pay for it, after lots of saving.

Any regular readers will know we have just come back from a fab holiday in Rhodes. On the flight there, I looked casually down at my right hand to notice the diamond has vanished. Pretty gutted but I try to be rationale always; I knew finding that would be like looking for a needle in a haystack. Hubby put his phone light on and we looked around the seats. My step-dad even went and had a good look in the loo; nothing. After a sad few minutes passed, I decided to check my hand luggage, in case when I had reached in, the diamond had been wrenched out. Sure enough there was the diamond!! Sat at the bottom of the big bag. Kissing the sky, as I was sure my Grandma had helped me out somehow, I wrapped it up in a sweet wrapper, with the ring and put it inside a spare sock of the gremlin’s.

Phew! I could take the ring to a jewellers when I was home.

Fast forward 11 days and we were home. I put the sock by my bed, with my other jewellery and planned to sort it out soon.

A couple of weeks passed and my Mum was staying over. She had been messing with the gremlin in the lounge and came in to me, asking why a ring was on my lounge rug. I was confused. Why was Grandma’s ring on the rug?

Horrible realisation hit me. Our cleaner had put the sock in the wash!!! Big fat SHIT. My Grandma was probably going insane wherever she may be and I could just hear my Grandad’s northern accent loud and clear, “bloody hell”! As he always used to say.

That was it. Lightening was not going to strike twice. Hubby checked the hoover and the hoover dust. The gremlin had worn the socks that day for nursery. I found the sweet wrapper in the hall, all empty. I checked the rug and lounge. Big fat nothing. I had to just get over it. These things happen. I couldn’t blame my cleaner. Maybe I should have put the sock in a better place.

Almost a week passed. I smashed my jar of curry and hubby was hoovering the kitchen. He bent down near the table and came up asking “what’s this”. “No way!” He showed me the tiny stone in his hand. It was the DIAMOND! I was stunned, after only hoovering the floor the night before.

How the heck had it got there? How?! We were all so happy. Hubby had been keeping an eye out and he said he had a feeling he would find it. 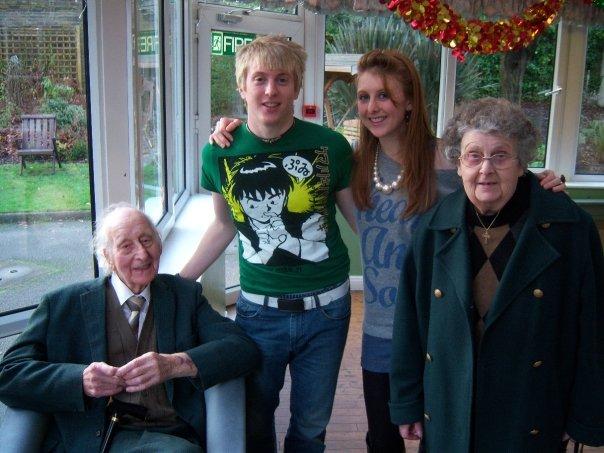 I’m not really sure. Luck? Coincidence? Or somehow or somewhere my Grandma is keeping a very keen eye on us and there is no chance her precious ring off her precious Ernest is ever getting lost.