I’d never heard of the restaurant Turtle Bay before so when one was opening in Solihull earlier on in the year I was quite intrigued.  I was asked to go to the opening night but could not make it due to work. I wrote a post in anticipation of the launch and was very excited to be offered a review.

We all went last weekend.

For any of you that don’t know Turtle Bay is a Caribbean-style restaurant; it serves your traditional curries, jerk chicken and rice and beans AND cocktails (not that I could have any!).

We had a Sunday reservation as was taking the gremlin and knew a busy evening would not be ideal. It was lovely and quiet and we had chance to soak in the atmosphere. The decor was brilliant, very Caribbean; lots of colour, lights and graffiti on the walls. 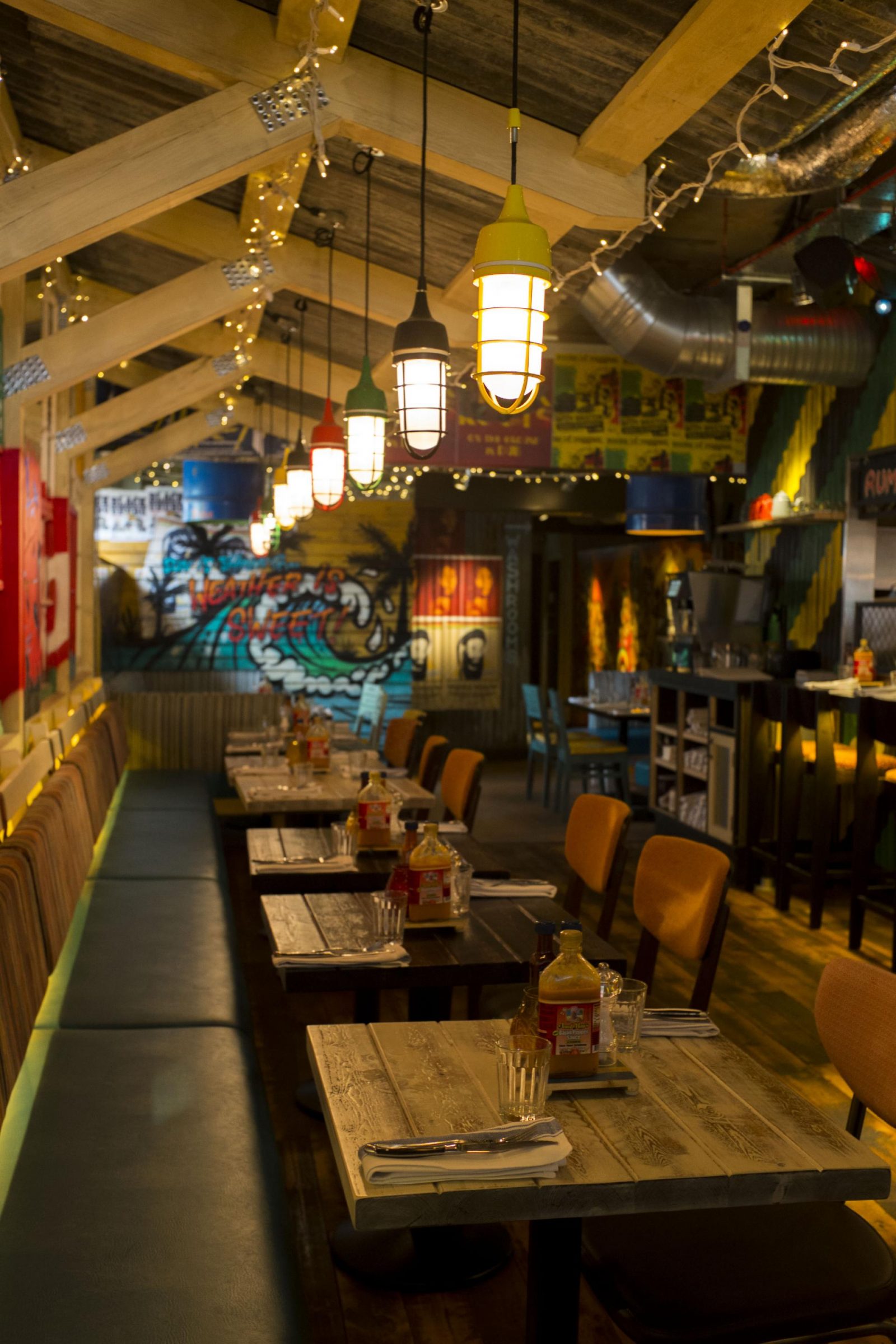 The staff in the Solihull branch were lovely; very friendly and made conversation as we ordered. They brought the gremlin a children’s menu and some colouring to do, which kept her busy. I took a few piccys for this review (always a blogger) and had a good look at the menu. 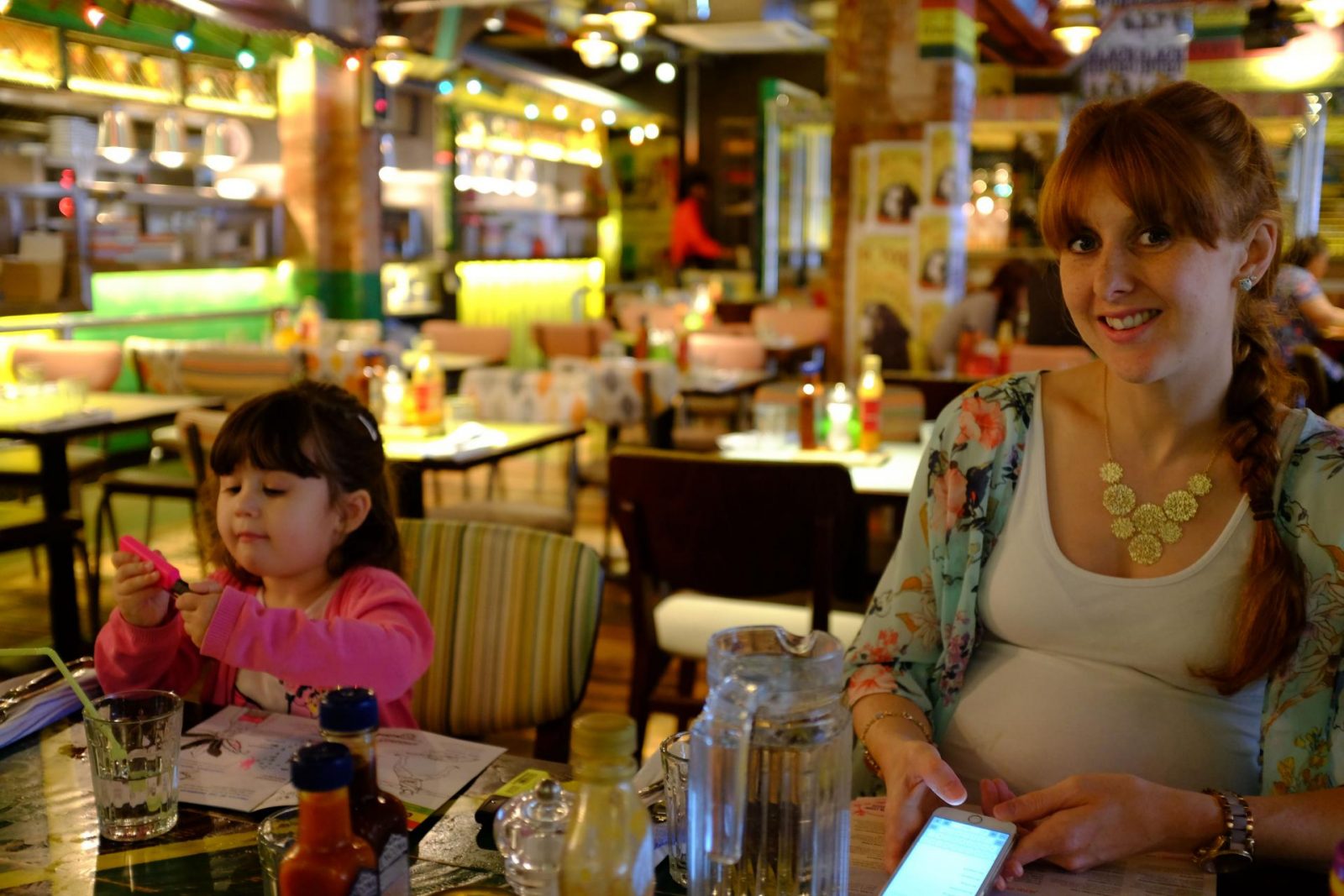 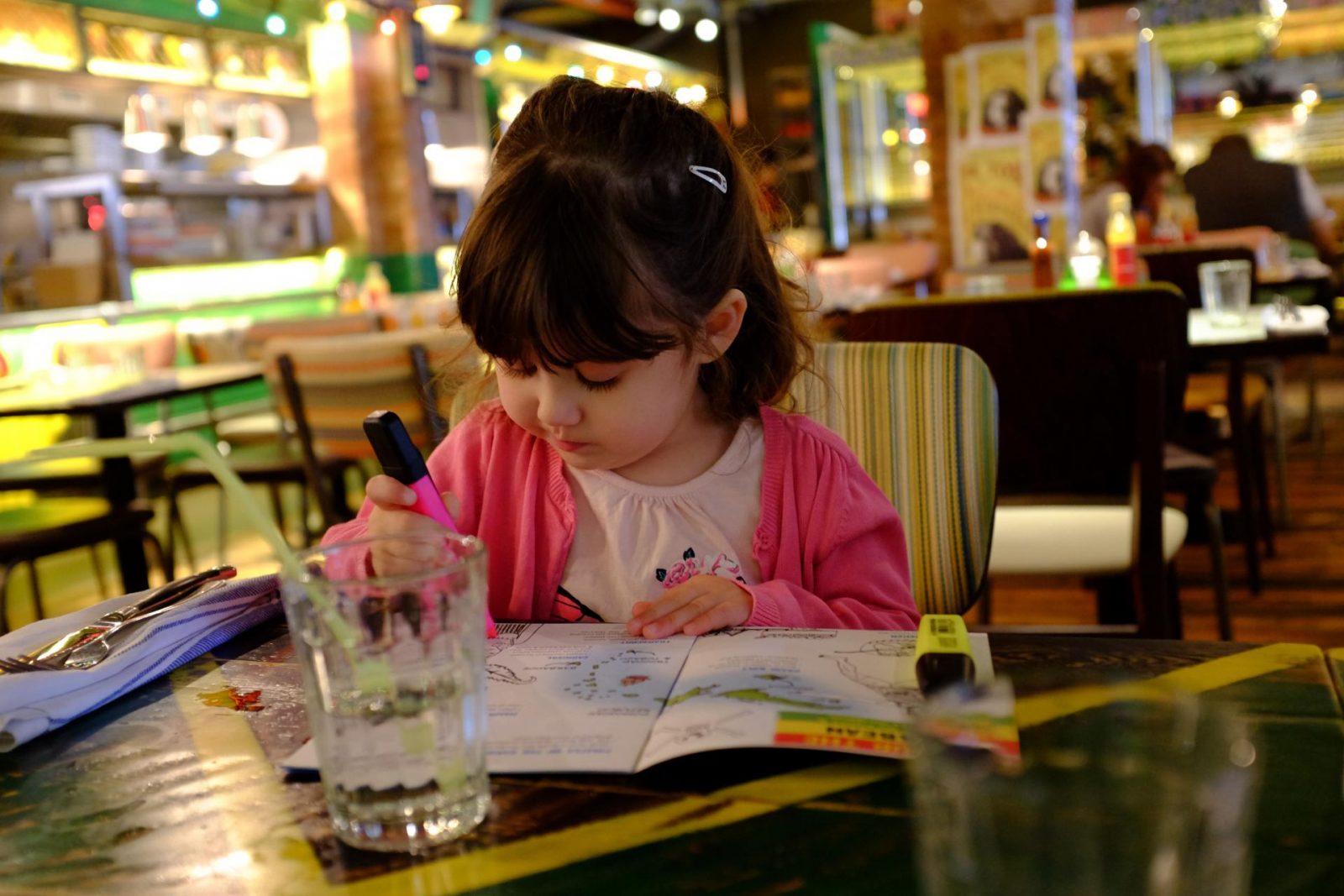 As starters, mains and a dessert and 2 drinks were included in the review, hubby was going to fill his boots.

We both ordered virgin mojitos to start with, which were lovely and really refreshing. I went with chilli squid to start and hubby with a chickpea and bread dish in curry spices called Bridgetown Doubles. I hoped the gremlin may pick at ours but she wasn’t too keen. Our dishes were great! the squid itself wasn’t spicy but the sauce on it. Hubby’s starter was quite filling but delicious. 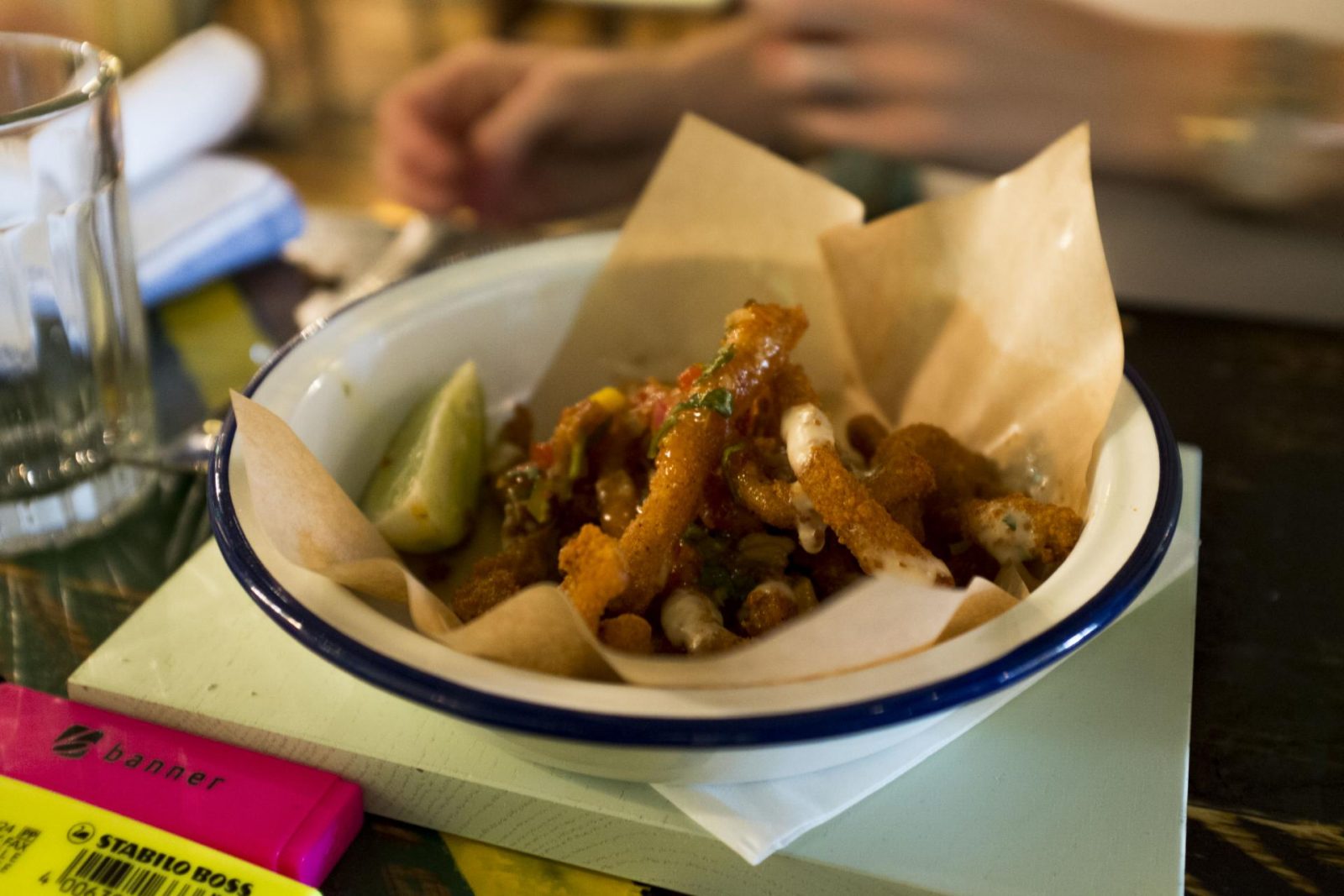 I also think hubby enjoyed his as we have no photo! Must have gone down quick. 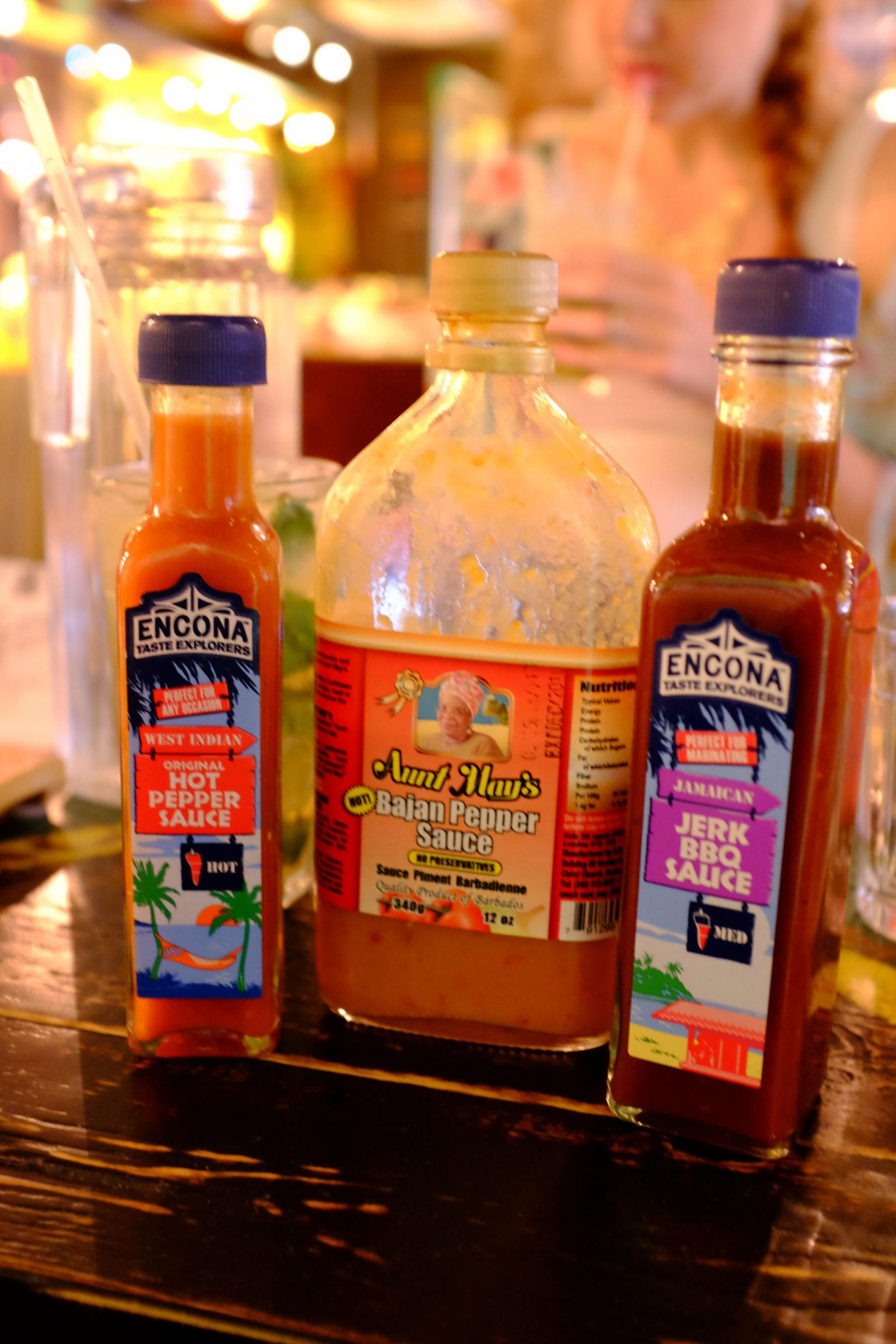 For mains the gremlin went with a chicken and cheese flatbread with some rice and peas. I ordered jerk salmon and hubby went with one of the curries (which I wish I had done!!) called Trinidad curried chicken. 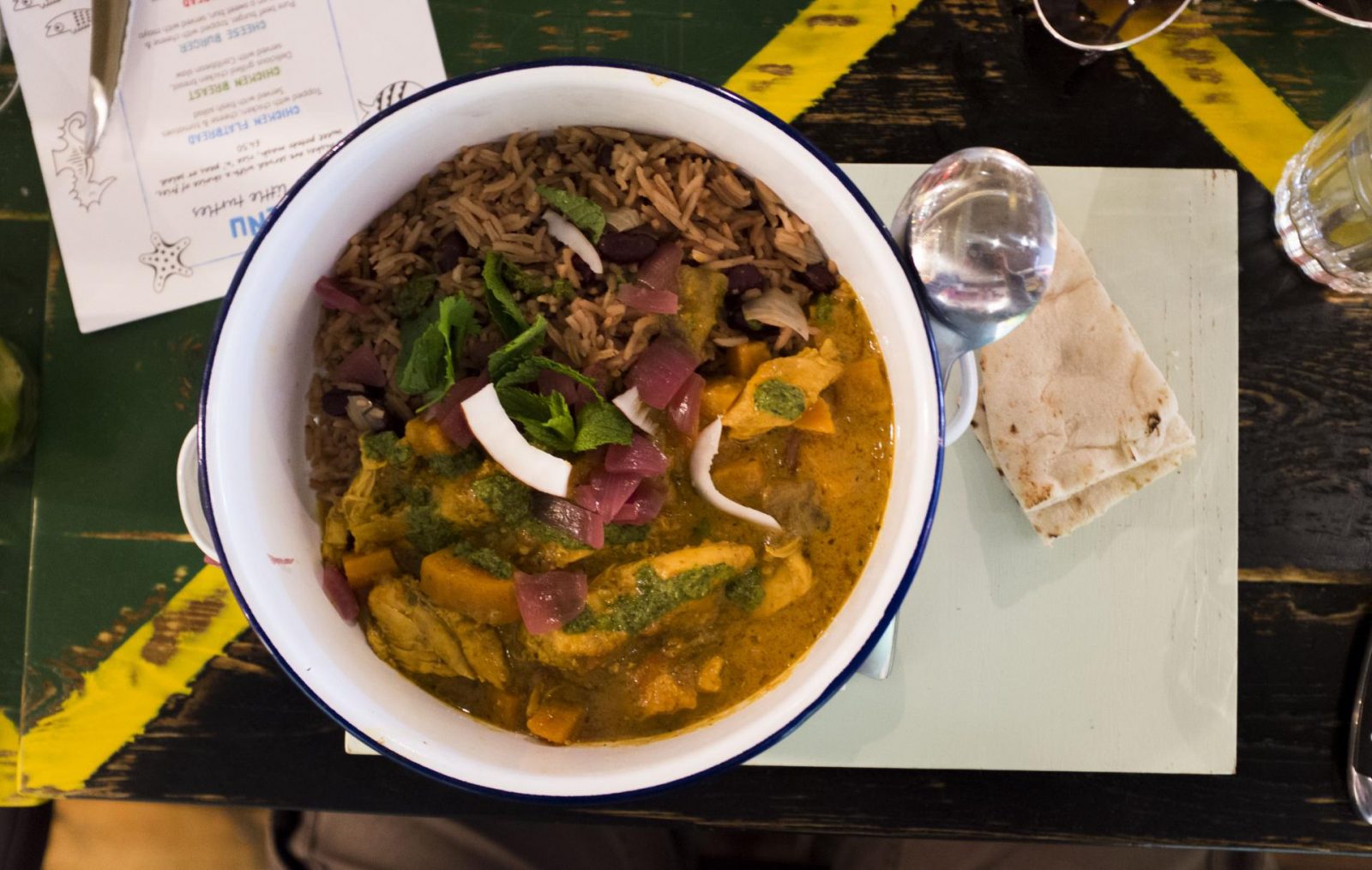 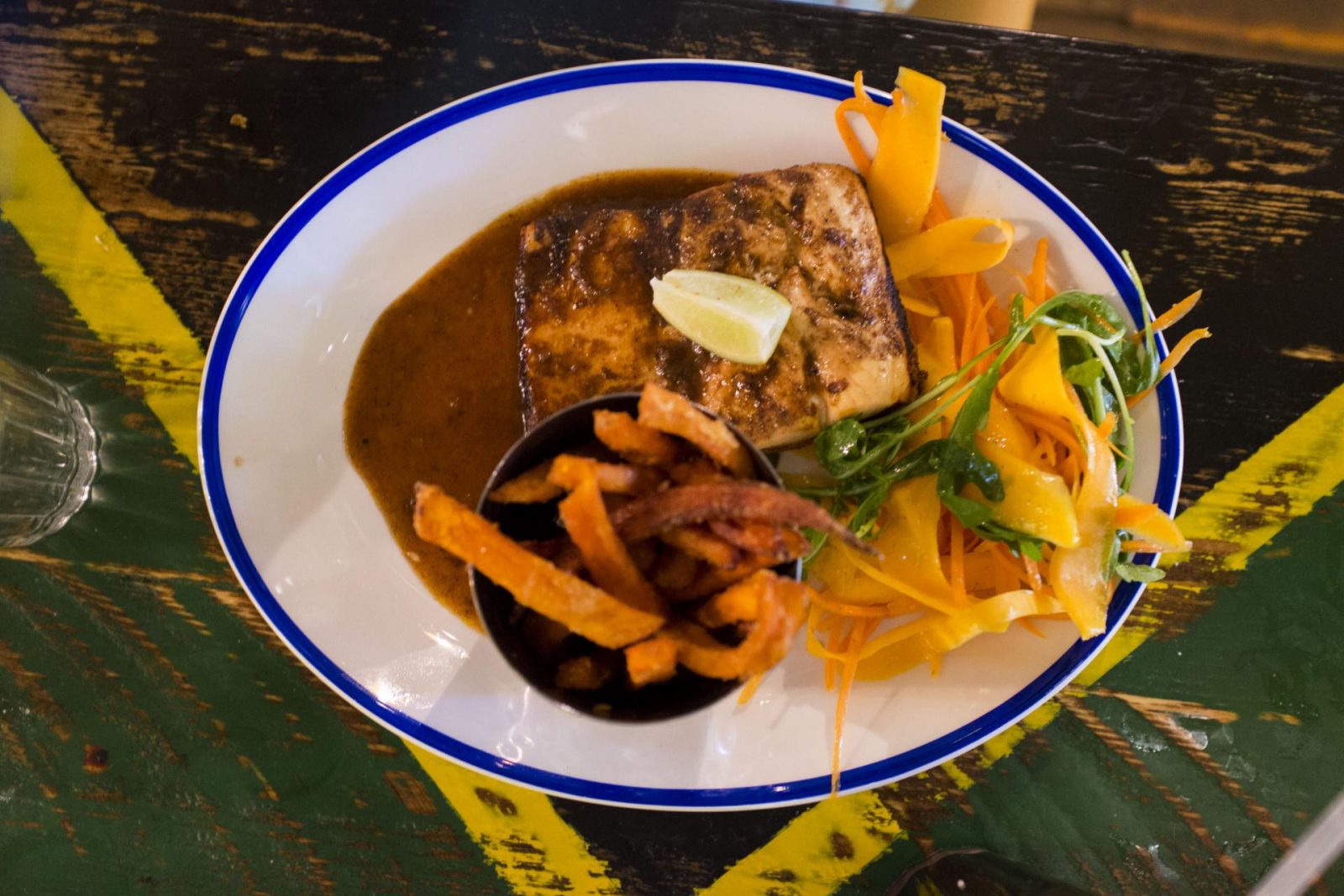 The gremlin I have to be honest, was not keen. She didn’t touch her rice and we struggled to get her to eat much of the cheesy bread. Even the pull of pudding did not tempt her. The children’s menu is ok but if your littlies don’t like chicken or burgers you are limited. I probably would not bring her along next time. Bear in mind she is not 3 yet and if I had asked for some chips, she would have eaten them!! 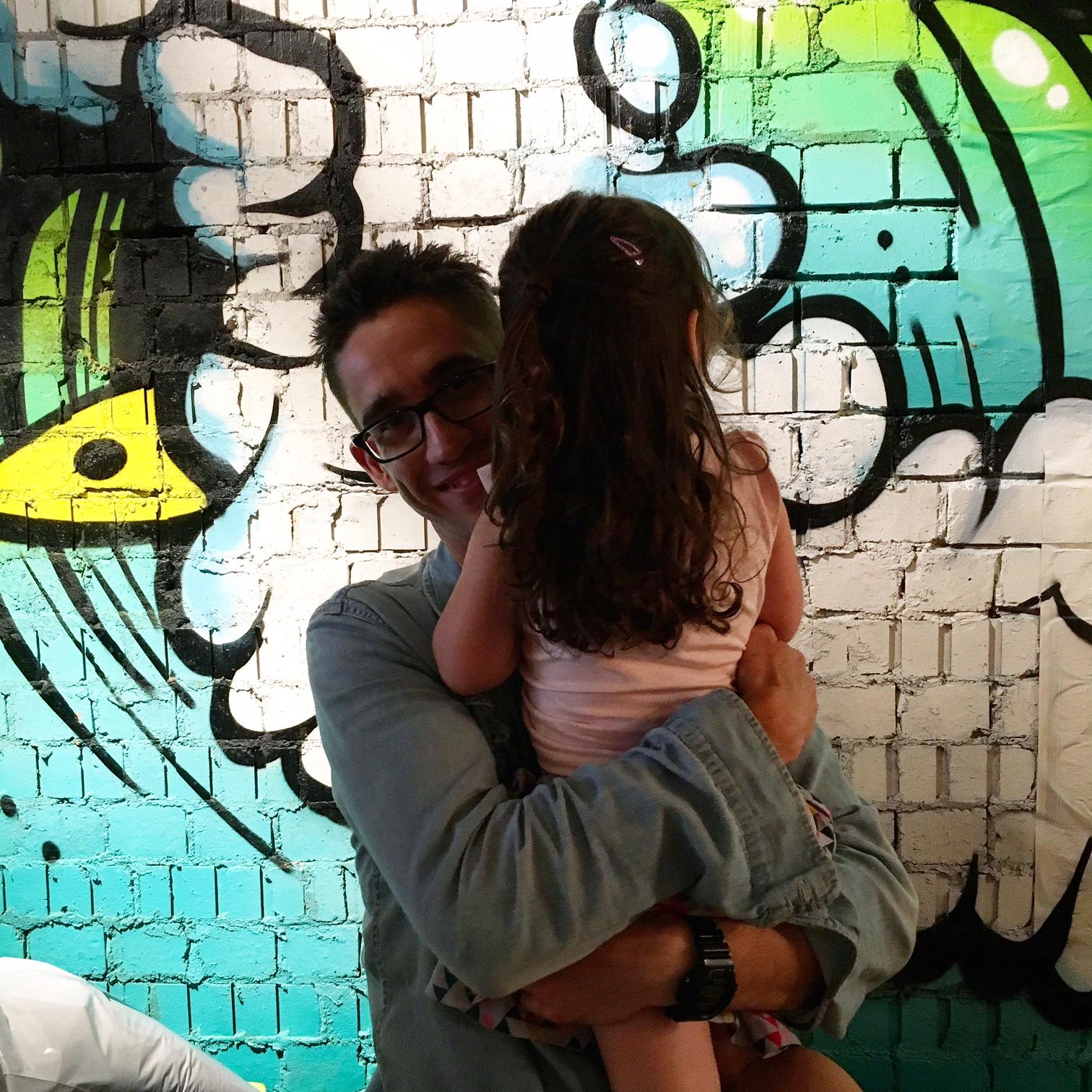 My salmon was tasty and the sweet potato fries were the best, however hubby’s was delicious and looked more traditional! I know if I come next time I will go for one of the curries and be less “safe”. The food was hot and very well presented and service was quick.

We were offered a second round of drinks and we both had Diet Cokes this time.

Hubby wanted pudding. I was too full (after picking after some of the gremlin’s!). As she had not eaten well really, we did not offer her one. Hubby went with Zesty lemon and lime tart. I had a little bite and it was tangy and light, so fab to finish with after a hot curry!

Overall we enjoyed ourselves. I would like to to come again without my little stinker. We all know you have one eye on them and have to nag them to eat for most of the meal, or to sit still! To be fair she was reasonably behaved and thank goodness for the staff bringing him some colouring.

There was a brilliant atmosphere; the music is traditional and it has be designed really well to fit in with the type of restaurant it is. Even the toilets had a good vibe, with the sinks being made from tyres! The food was really good and different. Sometimes high street chains can get a bit samey but Turtle Bay offered really unique dishes! 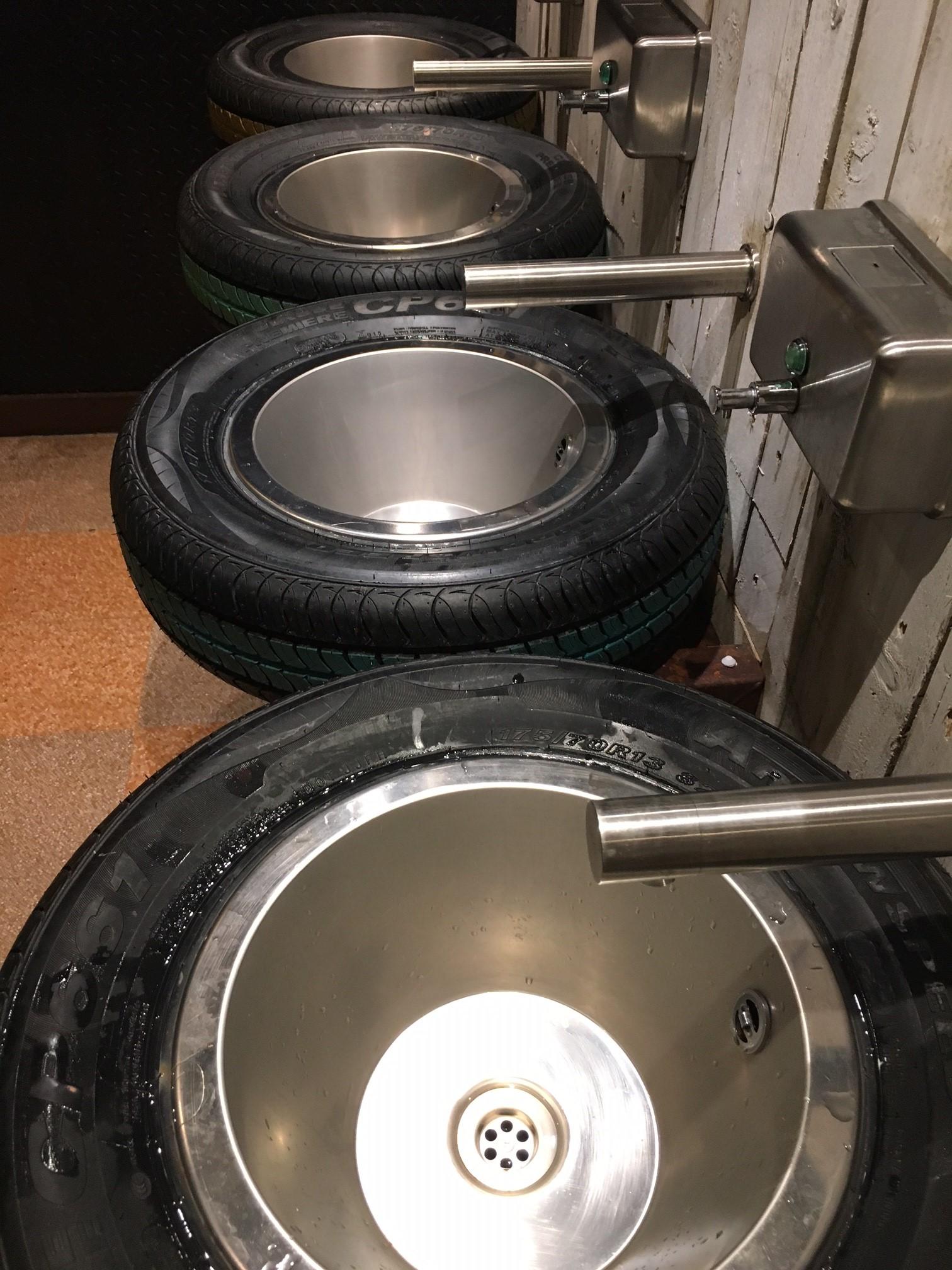 Definitely worth a visit but hit it with mates or as a couple and definitely have a cocktail!

Disclosure – were were provided with a meal free of charge. All thoughts and opinions are my own.