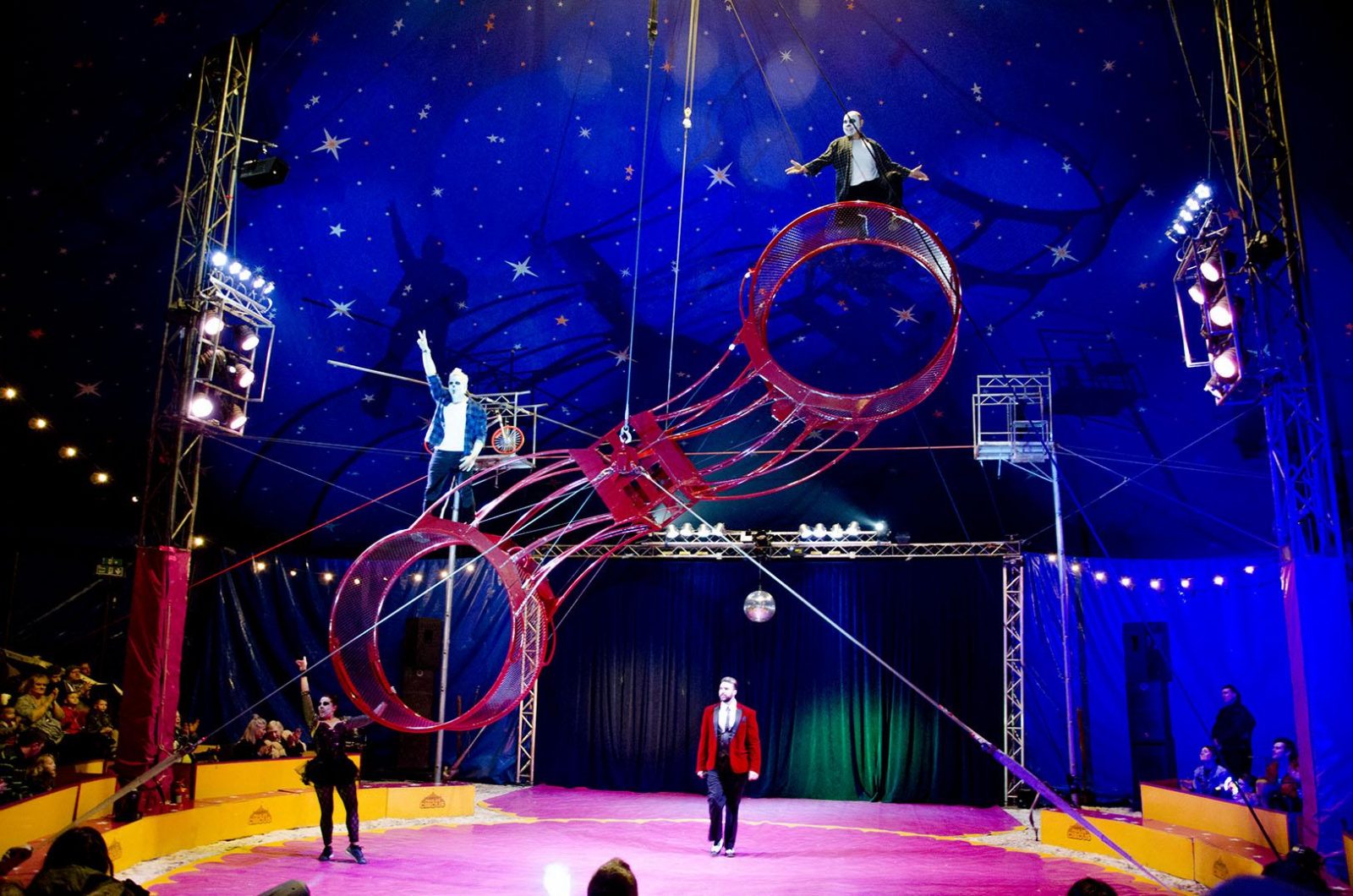 I haven’t been to the circus in years! I remember going previously and loving the acrobatics, juggling and tricks I would just never be able to do! When I was given the opportunity to visit The Paulos Circus who currently are touring in Birmingham at Melbicks Garden Centre and Roko Health Club in York I was really keen!!

The Paulos Circus describe their 2018 tour:

“From breath taking stunts, laugh out loud comedy to beautiful artistry, the Paulos family have created a show to give you and your family ever lasting memories.” 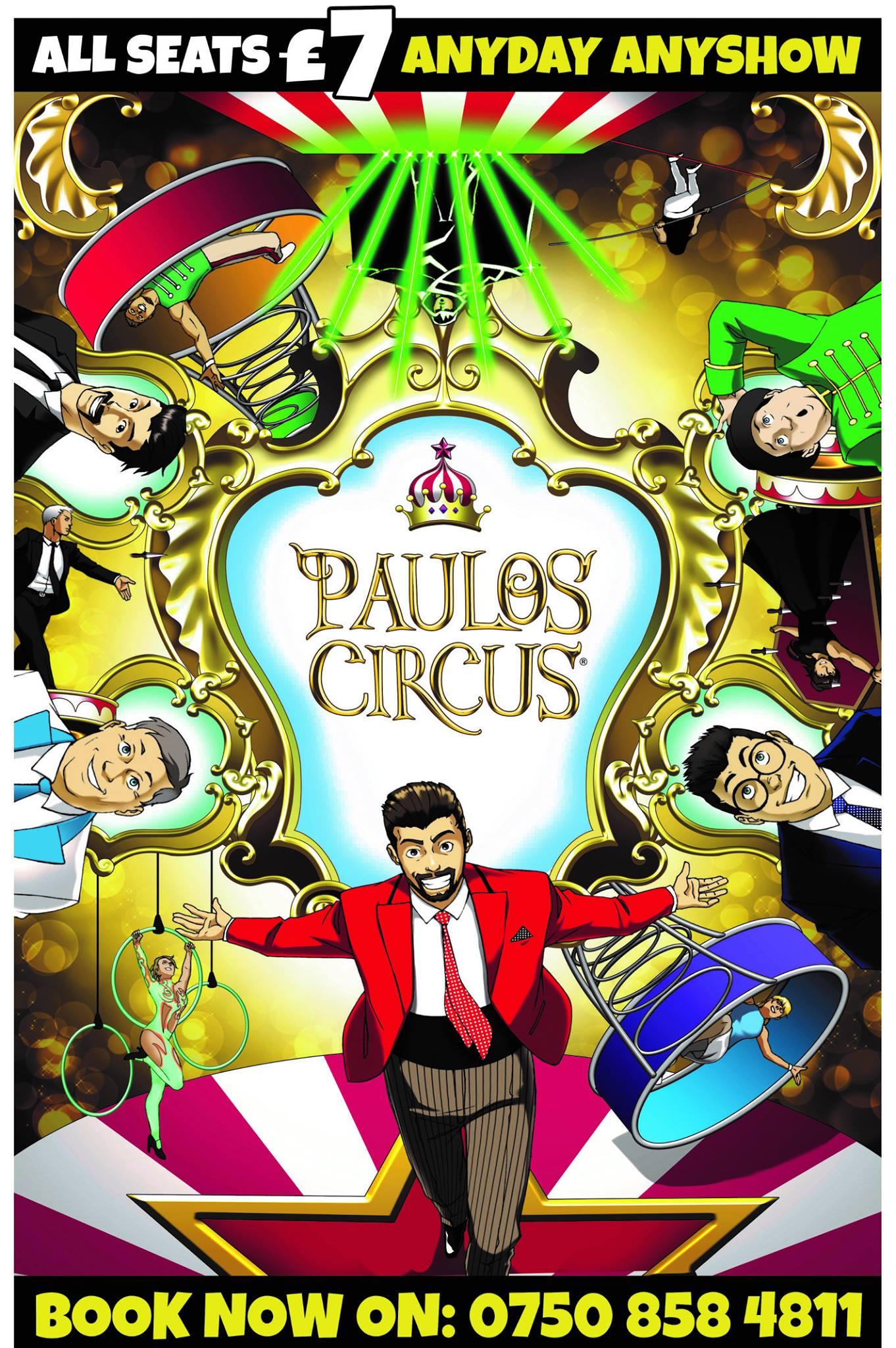 I was really keen to go!

The Birmingham dates are from 22nd March until the 2nd April. The York dates are the 5th of April until the 29th. All tickets are £7 and you can book on the number above! You can also pay at the time at the ticket office, assuming the show hasn’t sold out.

I obviously am going to give a bit away here, so scroll down if you only want my thoughts on the show! 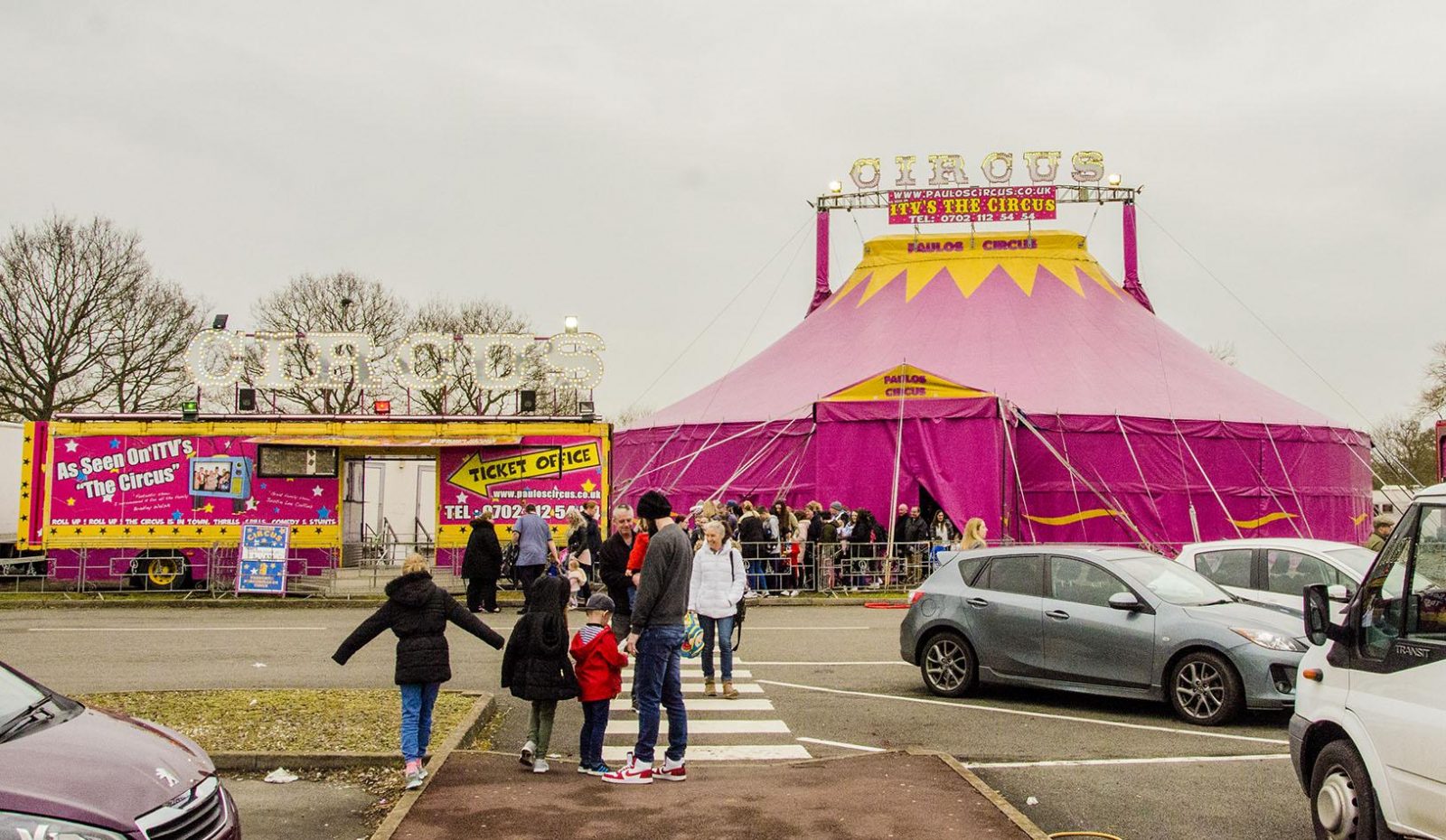 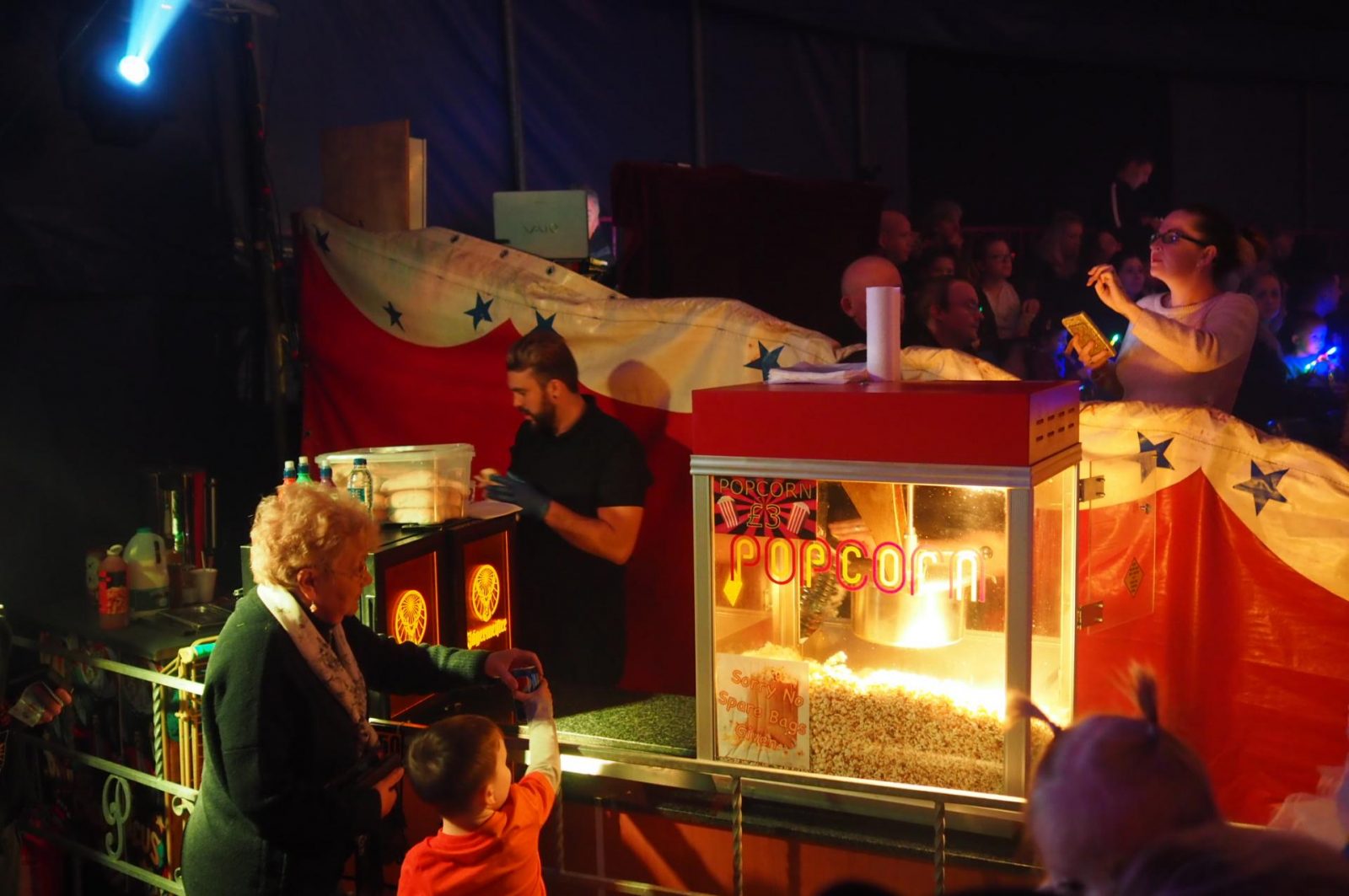 The show started with a giant double hamster wheel and three very talented performers literally climbed all over is as it span. They ran inside the wheels, balanced on the wheels as they span and even did it blindfolded. It was insane and breathtaking to watch!

Between each there was a comedic compere who entertained us, with dancing, miming and chatting to the audience. There was some audience participation too, so you may get called on.

There was a talented couple who performed a knife throwing act. This was pretty cool, as I was sure the model would get stabbed at some point, especially when she was put on a spinning wheel!! 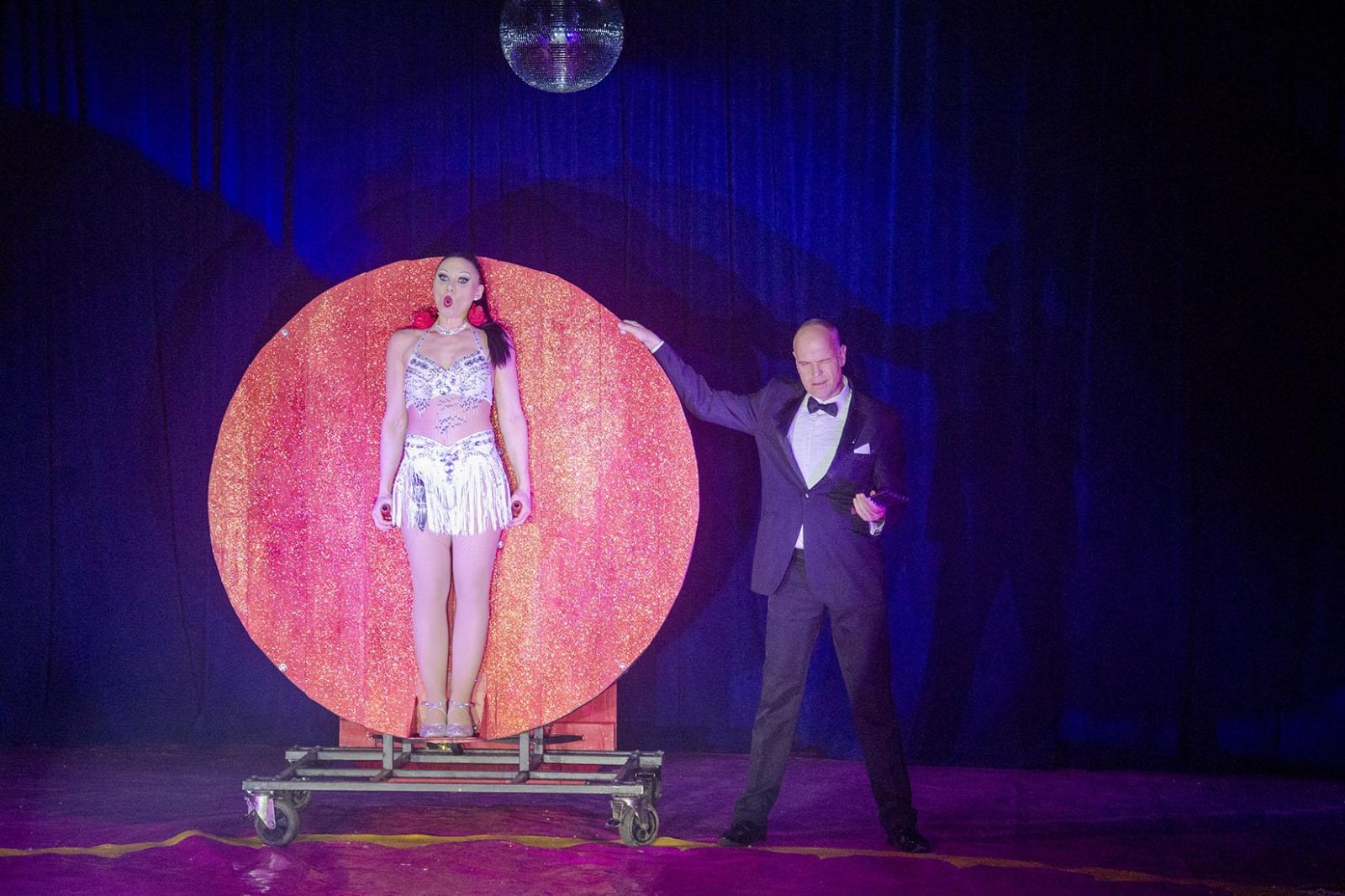 The next act was a brilliant laser show, which may daughter and husband loved. She kept trying to “catch” the light and it was a really original act. A “feast for the eyes” as my husband has just told me!! 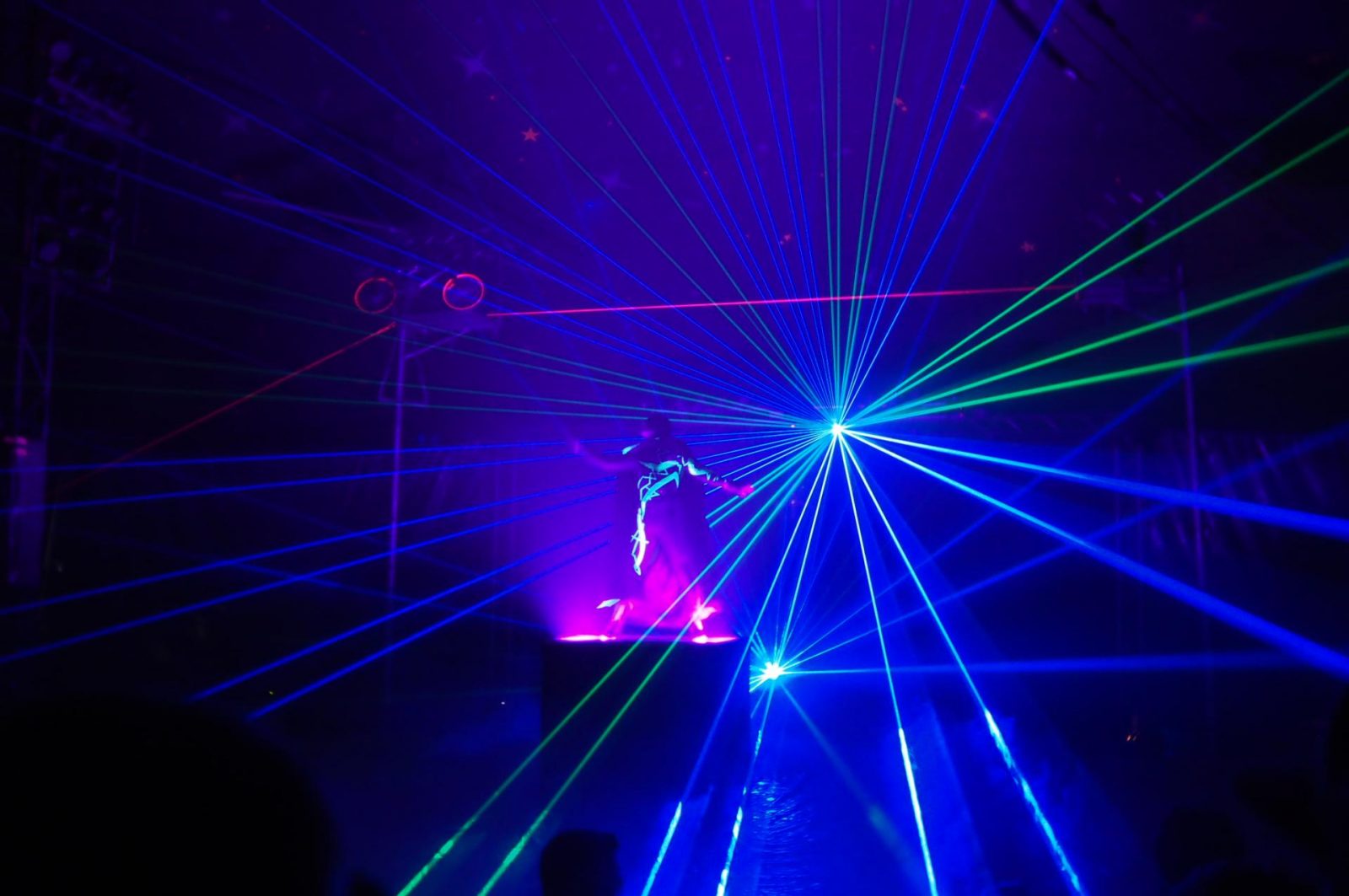 I saw a hoop coming down from the upper scaffolds and was really excited as knew there was going to be an acrobat. This was breathtaking as she hung on the ring in various poses, using hands, her feet and her body. Amazing strength and choreography. 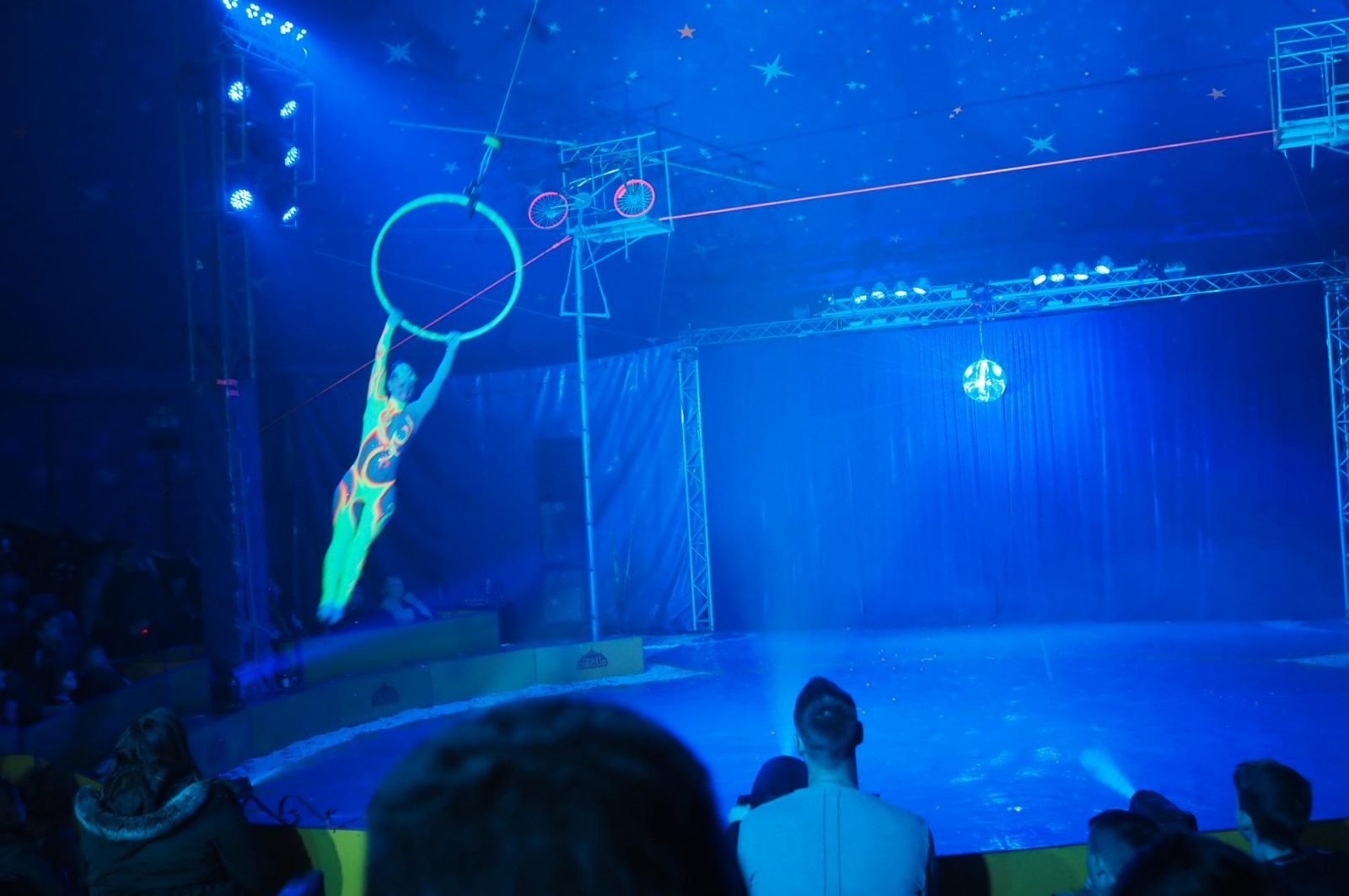 Juggling followed next which I am always impressed by, as I can barely juggle with two. The talented performer managed to use 6 balls and did some impressive handling of a larger ball, using his face and head! I enjoyed this. 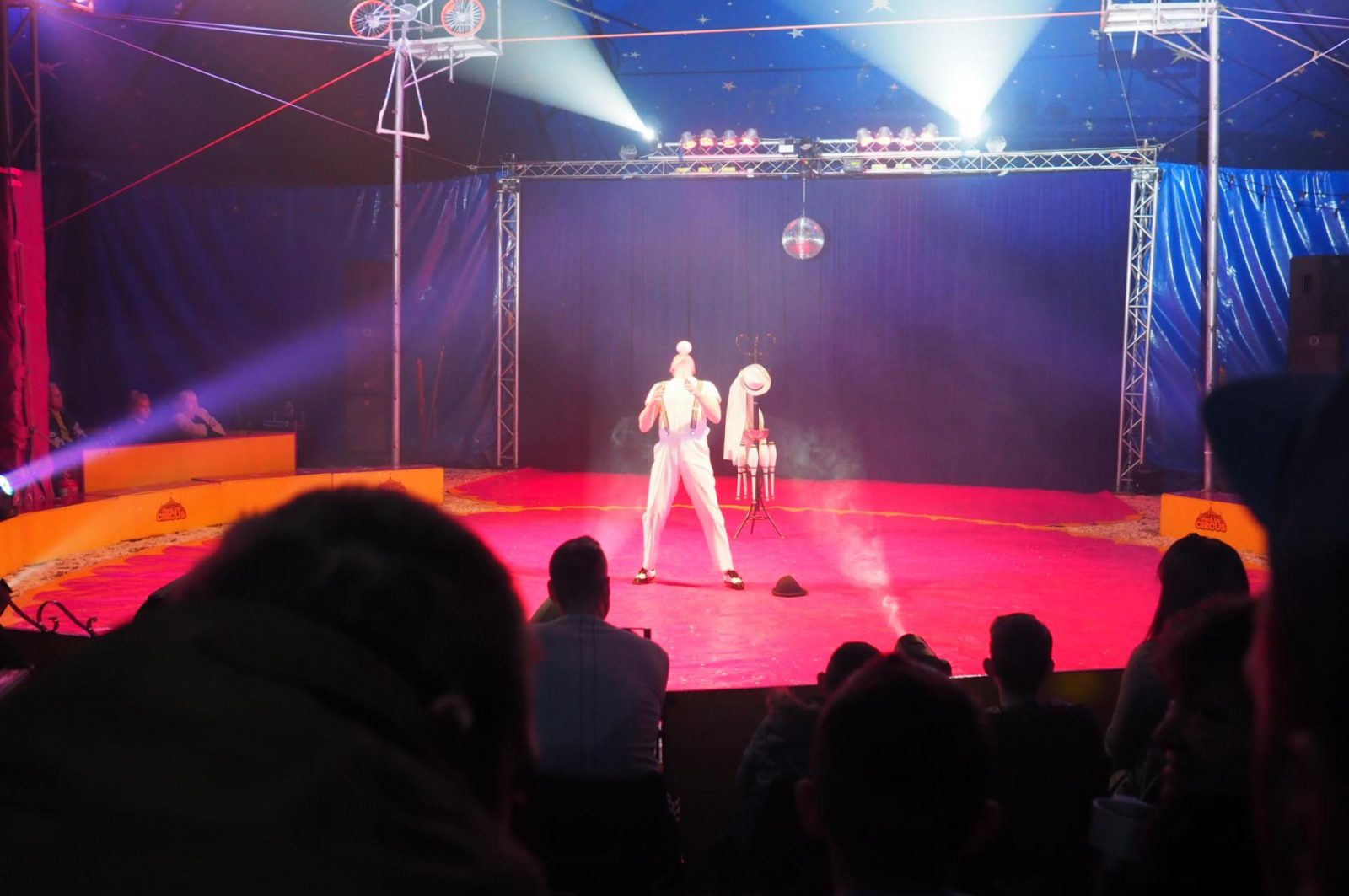 The final and really impressive act was tightrope walking. This was both forwards and backwards, on a bike and even using a chair. Definite heart in mouth moments a few times. 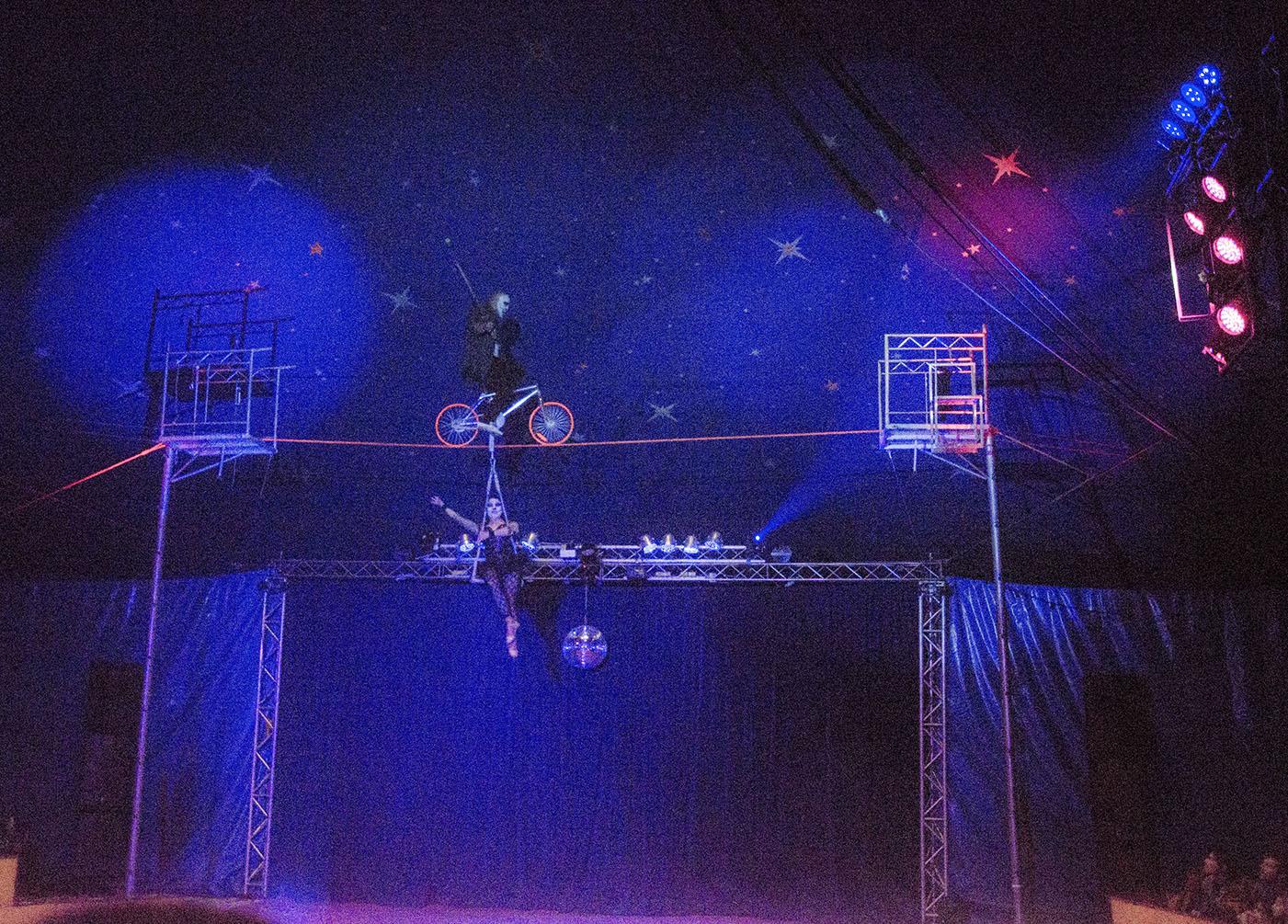 We really enjoyed ourselves! We didn’t take our 18 month old and took one of the gremlin’s friend instead and they seemed to really have a good time too. Well for some acts they barely moved, which is always a winner.

There was so much variety and talent. You were always wondering what was going to happen next and what would be the next trick.

I thought the length of the show was perfect; 1 hour and 10 minutes. There was no interval but the time was just right, as the girls managed and were not getting too fidgety. 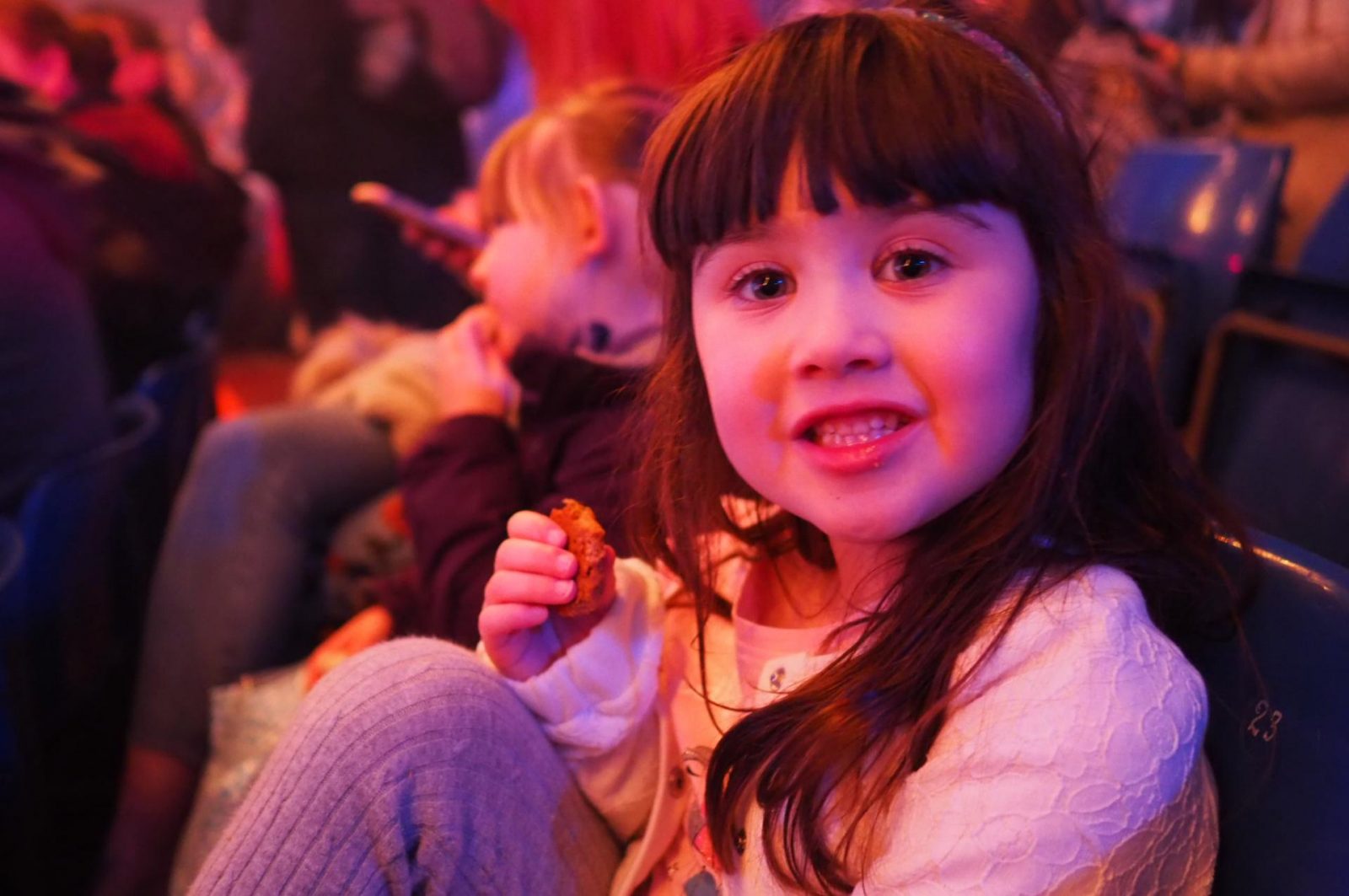 The only one negative thing I could say is there was some audience participation using a young girl, where there was some innuendo. This was fine for us and all would pass over a young child’s head but for some who get upset with female stereotyping, this may make them feel slightly uncomfortable.

If this isn’t an issue, then you would probably find it funny! I would say this was just a minor thing though!

The price of the tickets at £7 is really reasonable and for an afternoon out with amazing entertainment, totally worth it.

Overall we have a great time and thumbs up!!!

Disclosure – we were provided with free tickets in exchange for an honest review. All thoughts and opinions are my own.