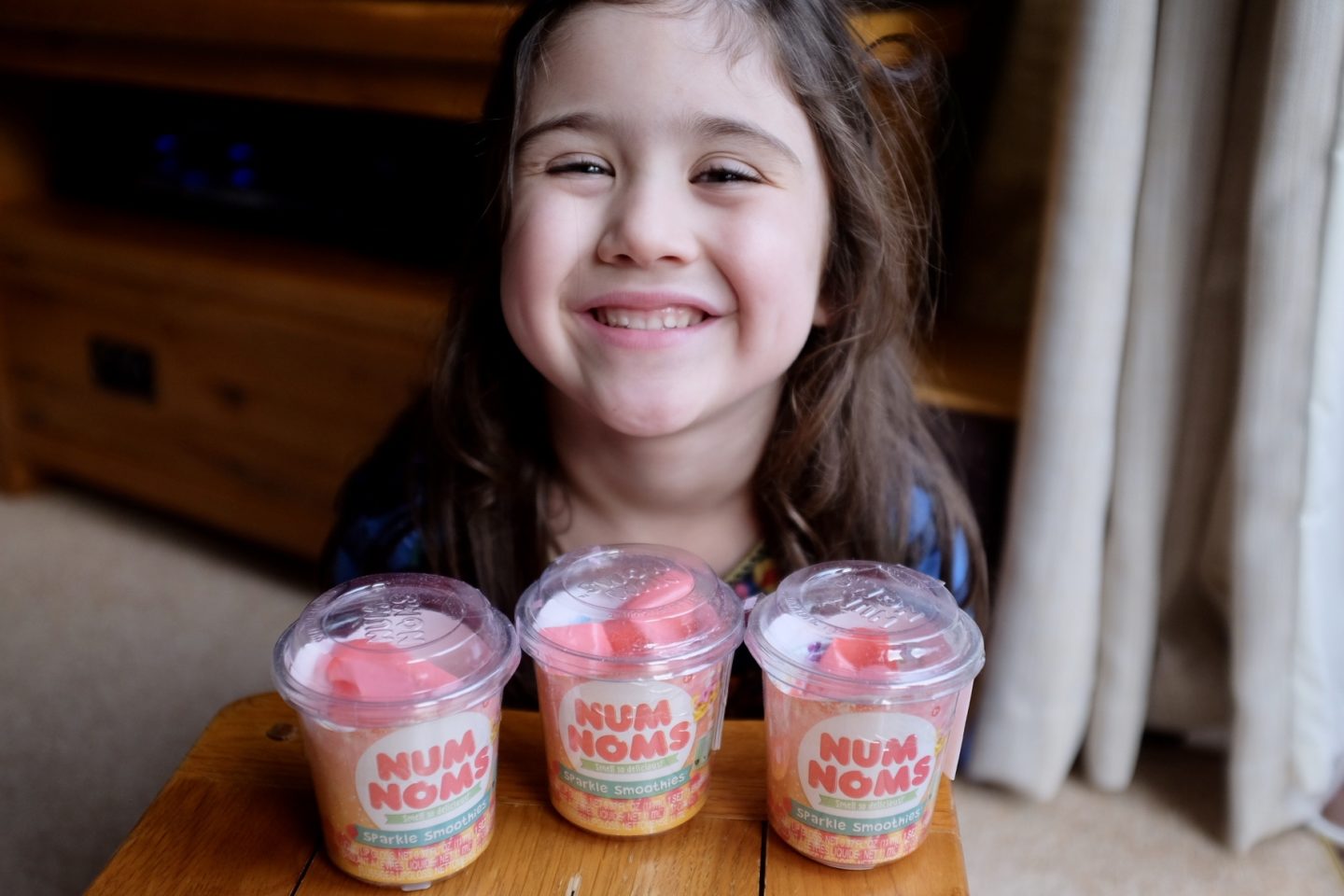 AD – The gremlin loves Num Noms. I quite like them too. They smell really delicious and are quite good fun to open and see which one you will get. We have reviewed Num Noms series 5 in the past. My gremlin quite often gets them out to play with, so they are a hit.

We were asked to check out the Num Noms Sparkle Smoothies range and of course we were keen to see what they were all about.

These new Num Noms Sparkle Smoothies are scented lips glosses. They come in a smoothie shape, with a scented Nom topping. My gremlin loves lip gloss, so I knew she would like these!

There is a twist off top to reveal a gloss wand applicator and there are so many new characters to collect. 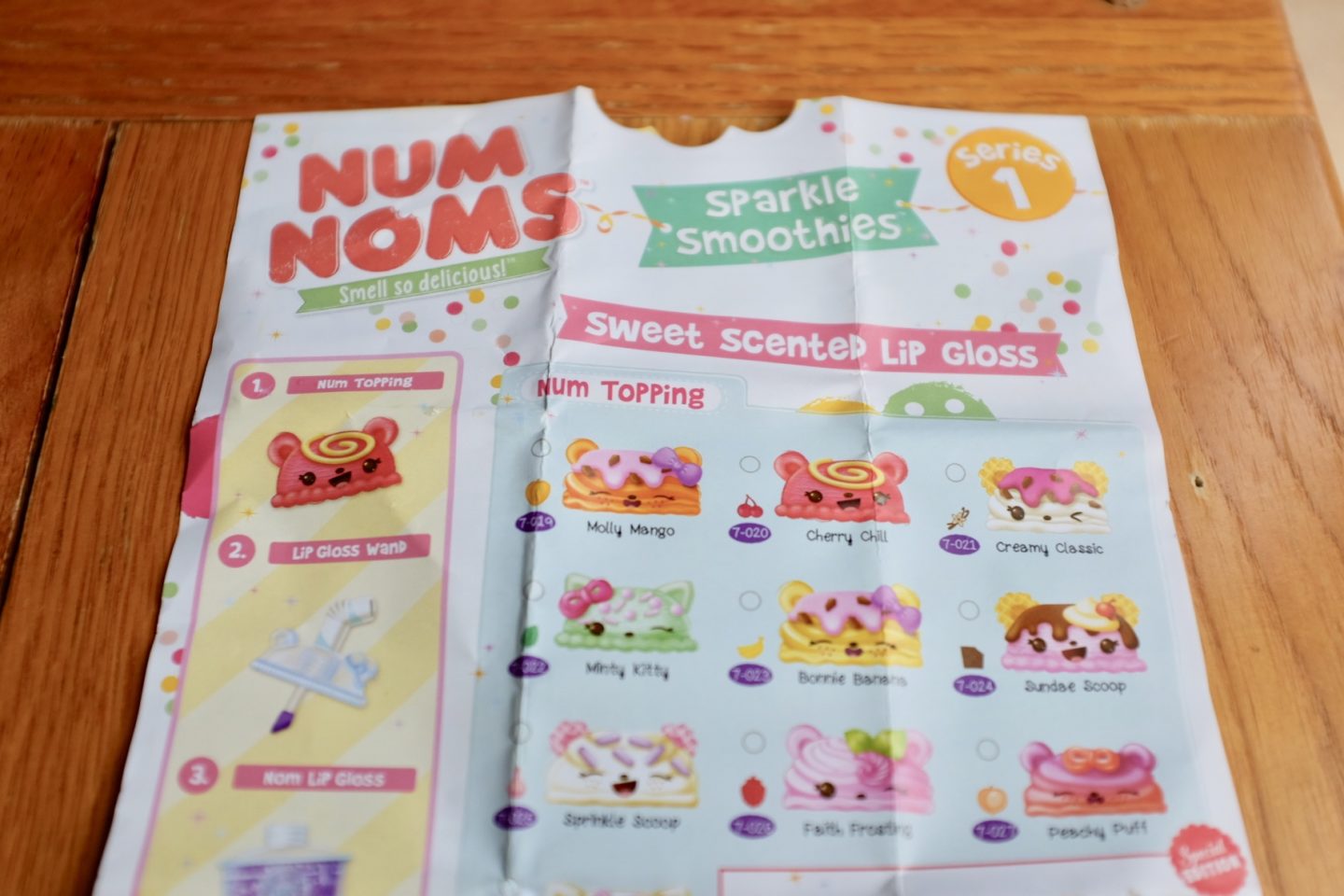 These RRP at £4.99 and are available at Smyth’s Toys and The Entertainer. They are suitable for children aged 3 years and up.

My eldest sat down with me after school to open two of three we were sent. We revealed her first Num Nom Sparkle Smoothie. 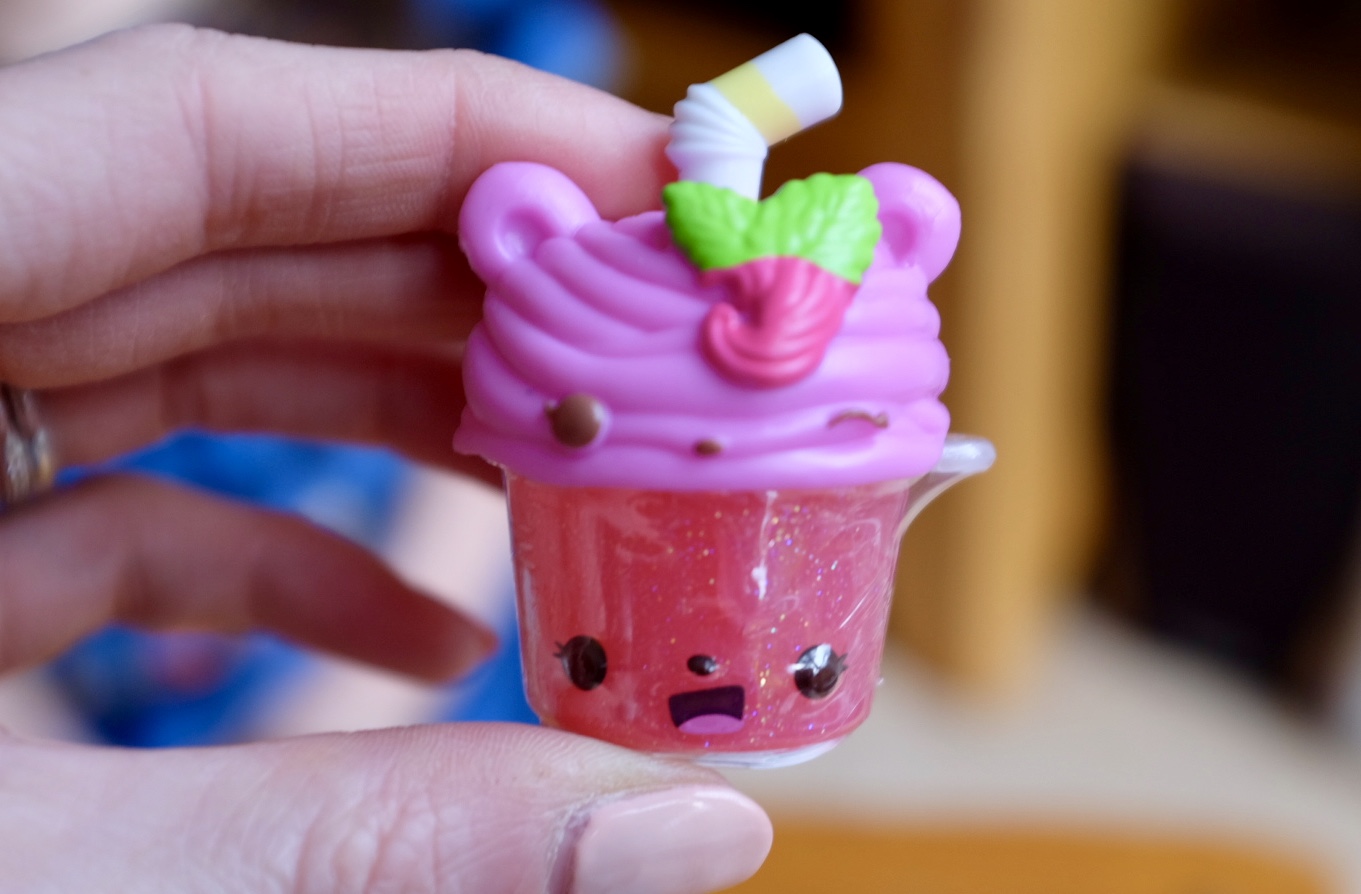 The topper smelled lovely and my gremlin enjoyed seeing what flavour lip gloss she had and testing it out. She did need a bit of help opening the wrapper, as it was pretty tight! 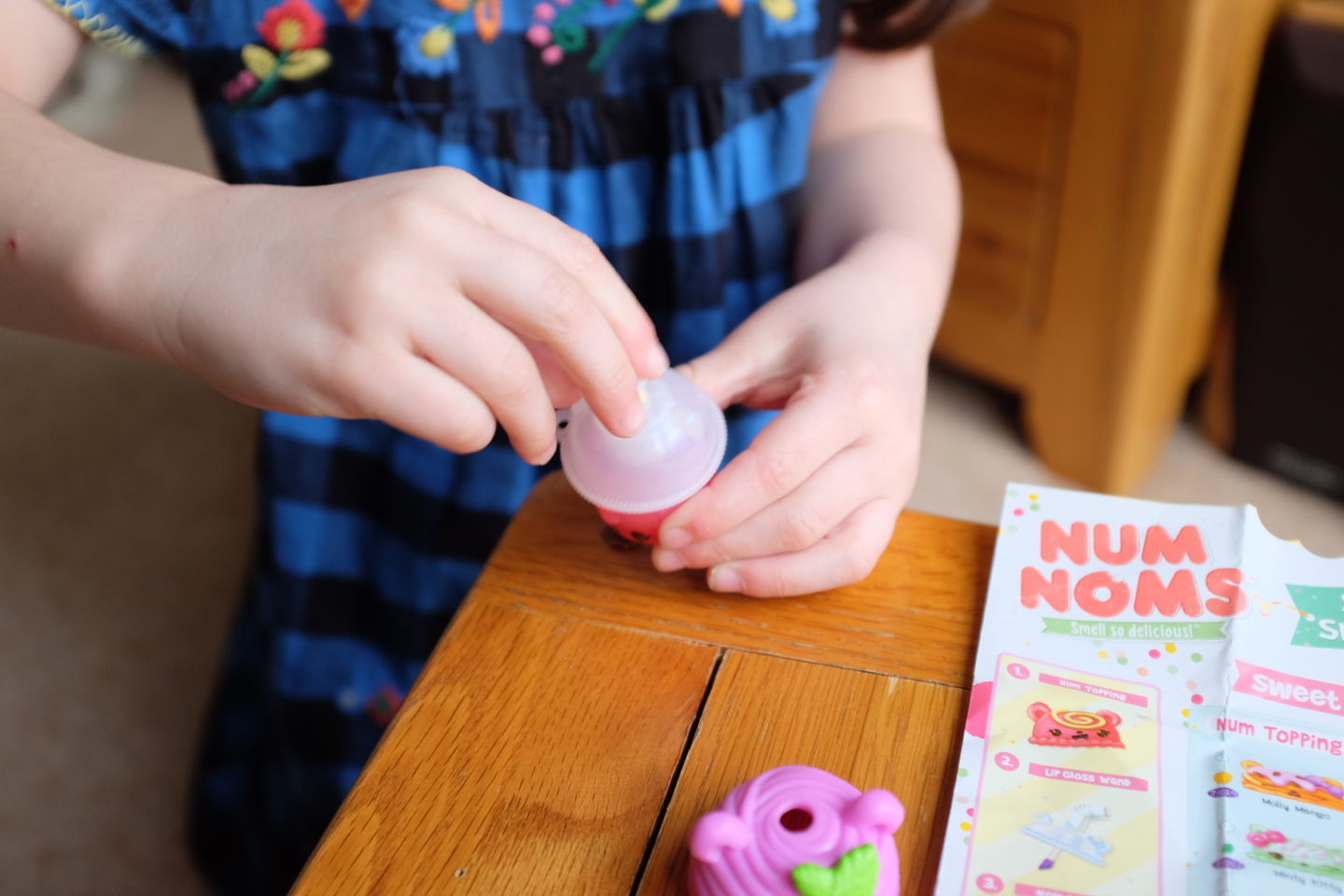 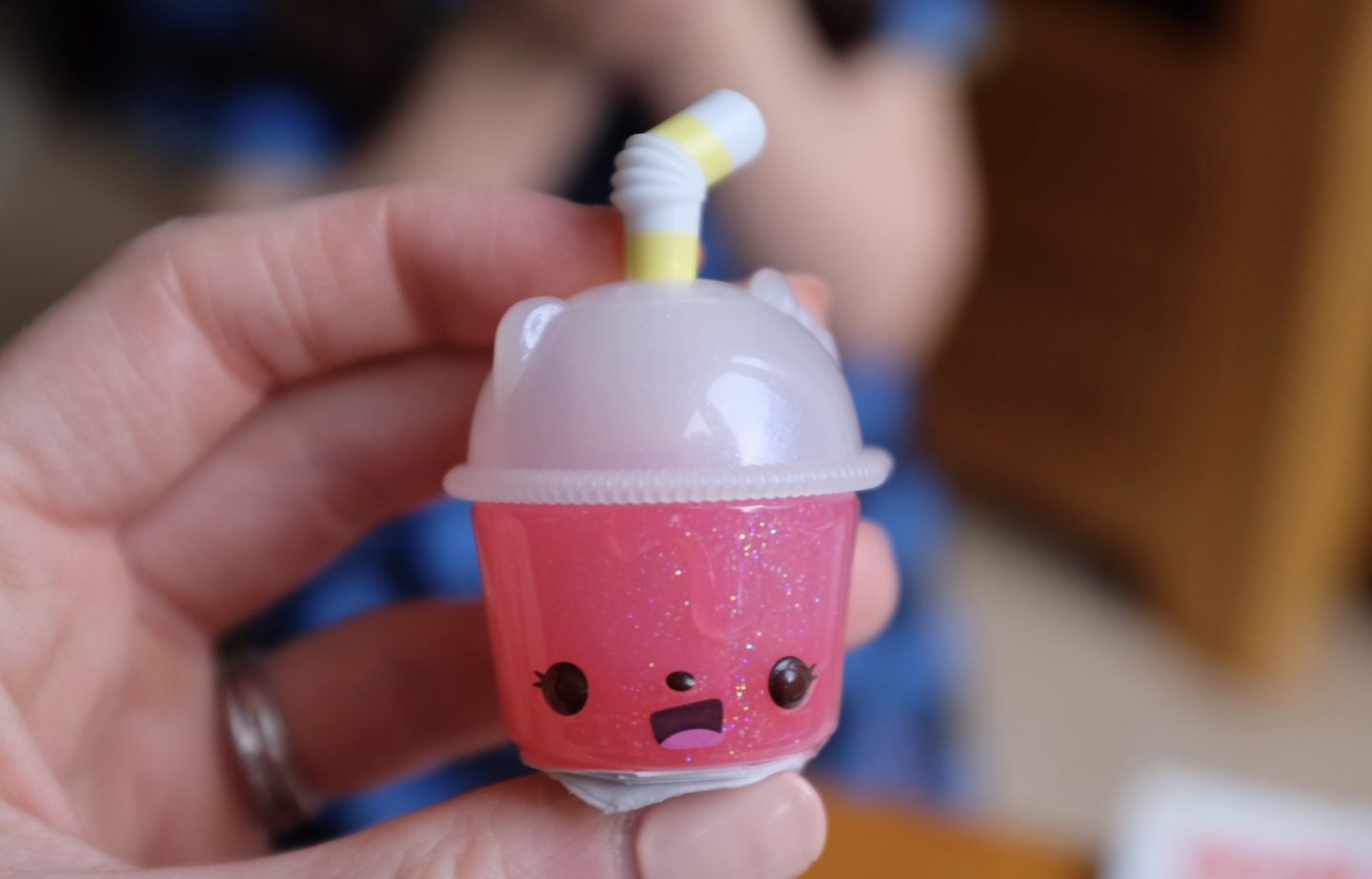 She of course wanted to test out the lip gloss! 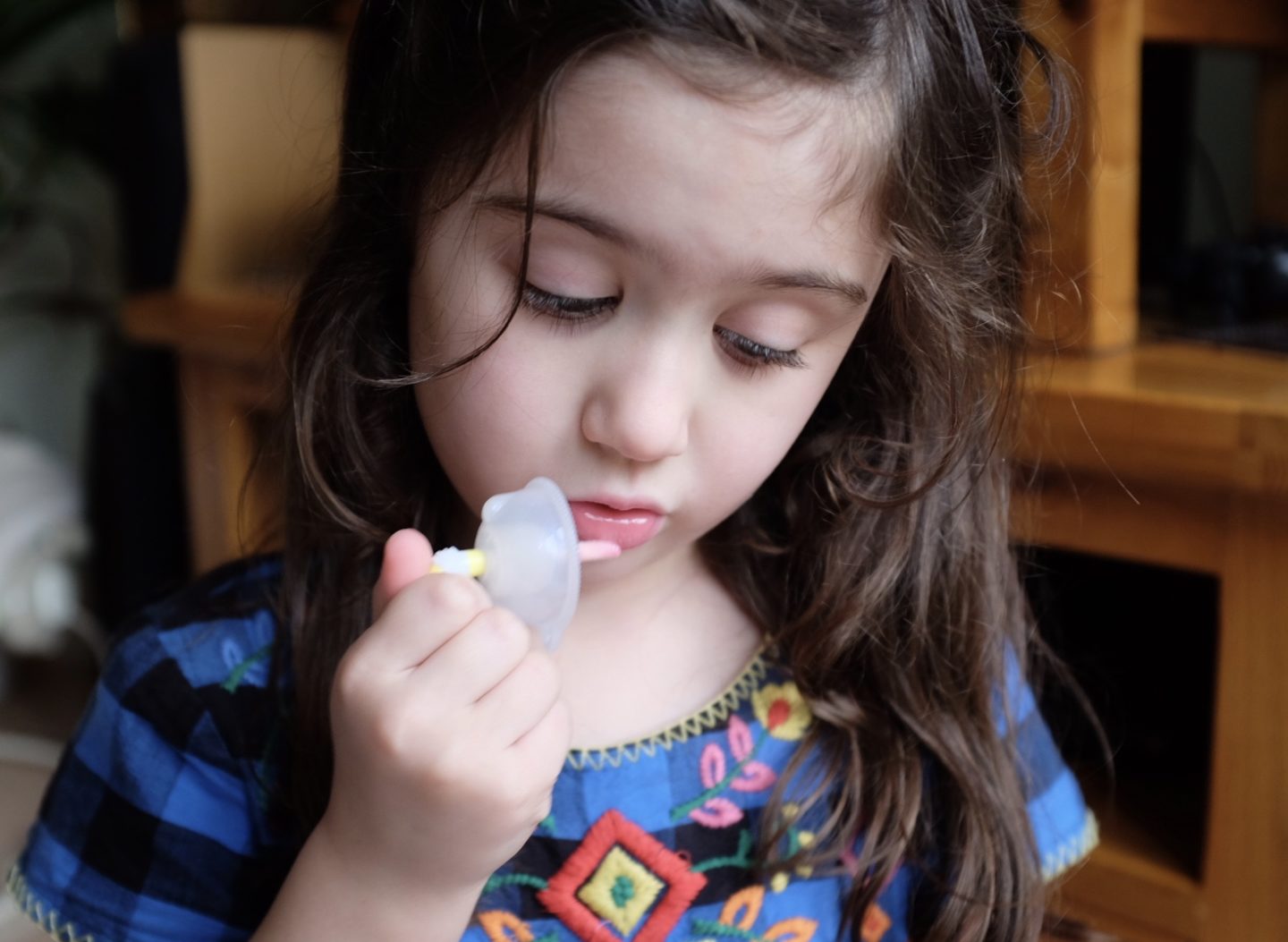 The grem then opened another Num Noms Sparkle Smoothies. This was the second she opened. 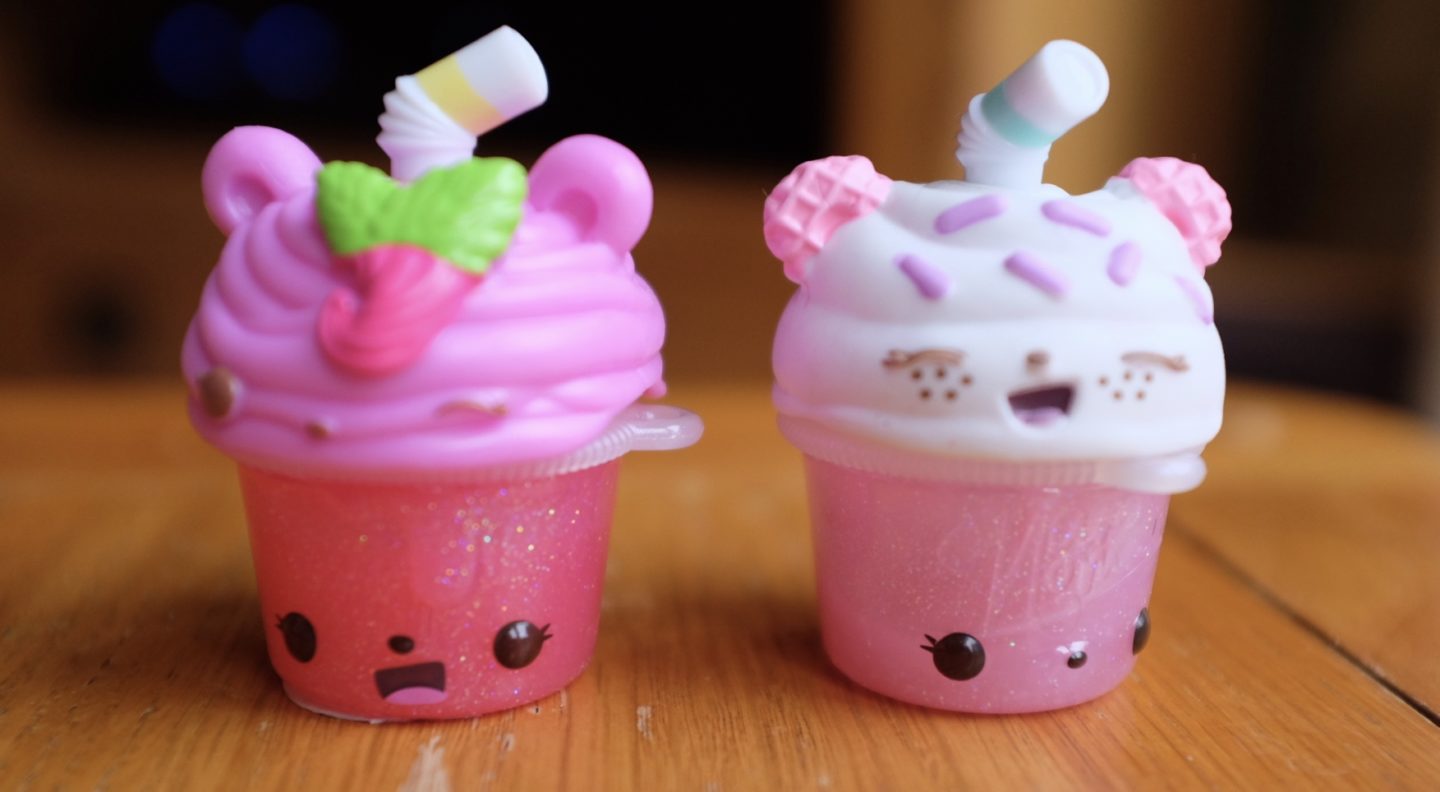 What Did We Think of the Num Noms Sparkle Smoothies?

As with most things we there is the element of surprise the gremlin loved opening the Num Noms Sparkle Smoothies and seeing what toppers she had and identifying them on the included sheet. She also loved smelling the lip glosses and testing them out.

Price-wise they are £5 a throw which isn’t cheap for a lip gloss but you are paying for the reveal and the Nom topper too, which my eldest loves to hoard and does get out to play with. I often find them strewn all over her room!

I think they will be a hit with Num Nom fans but I wonder if people will collect them for the lip gloss or the toppers? Younger ones may need a little help opening them, bear this in mind.

Overall they went down well with my eldest. Thumbs up!

Making Our Own Smoothie!

We were also sent some smoothie recipes and a bottle for the grem. I’m not going to lie; my fruit dodger daughter is not a fan of fruit so I made one for myself with raspberries! 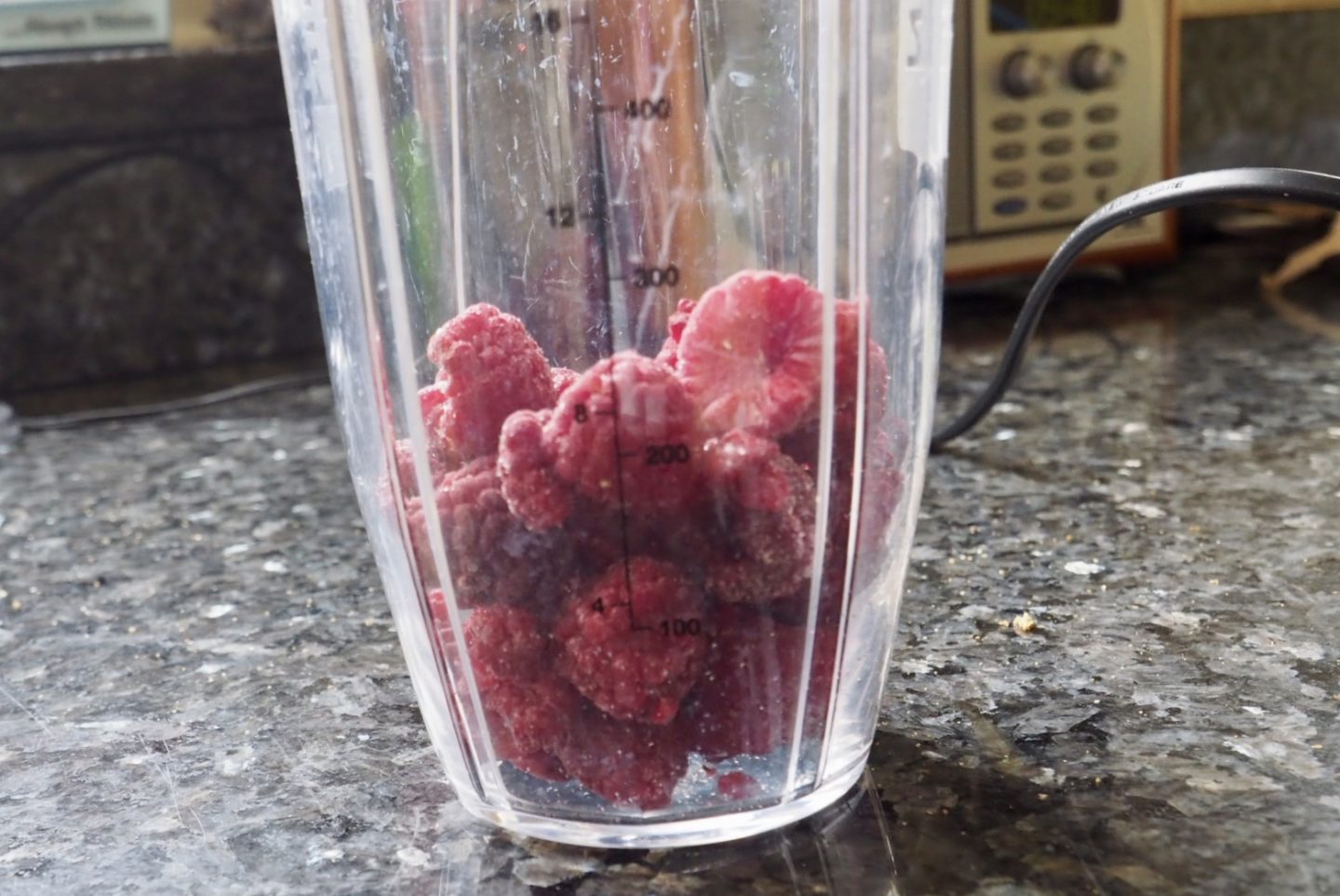 I even used the sent glitter but I couldn’t see it! I loved my smoothie though. 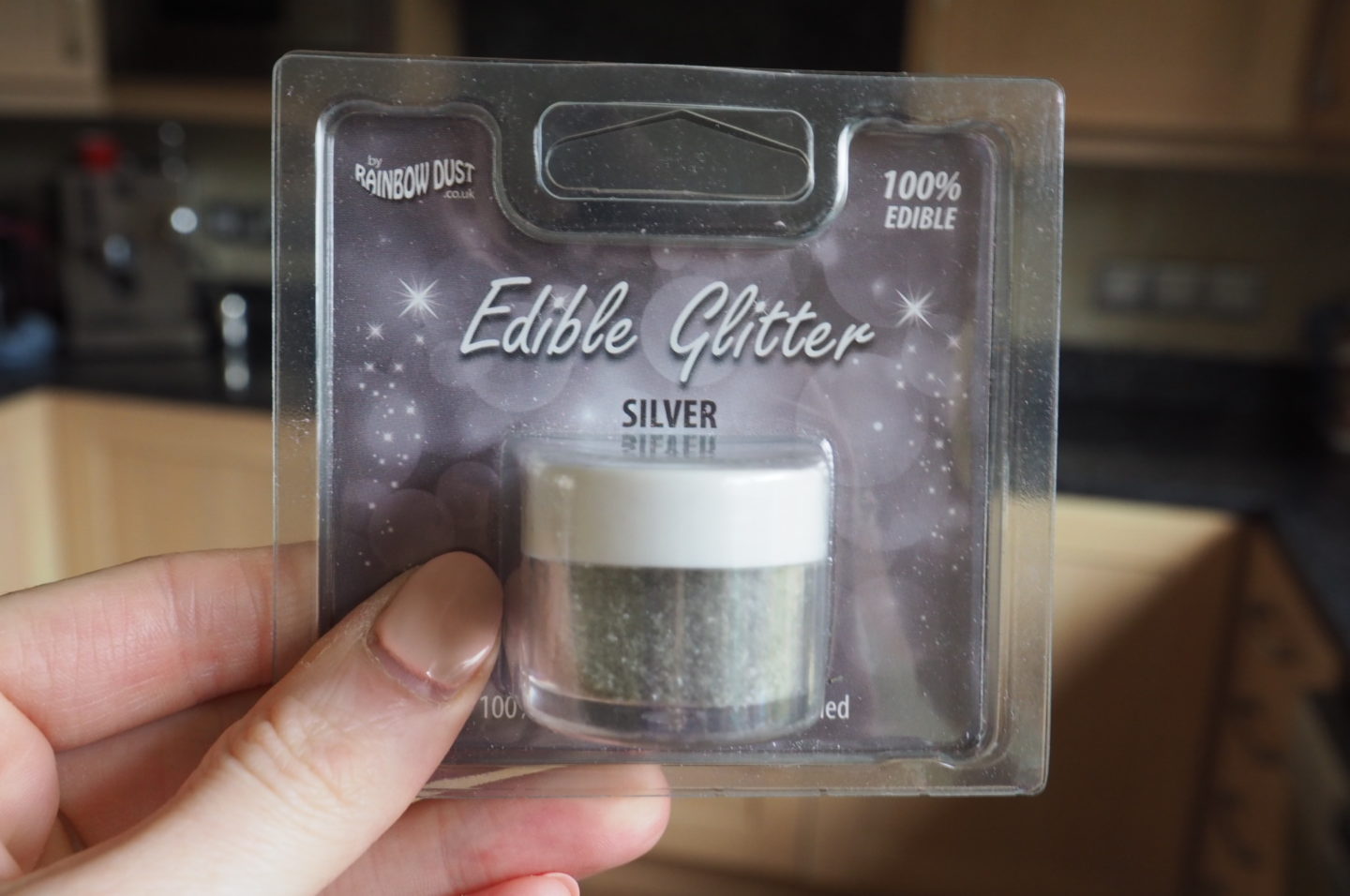 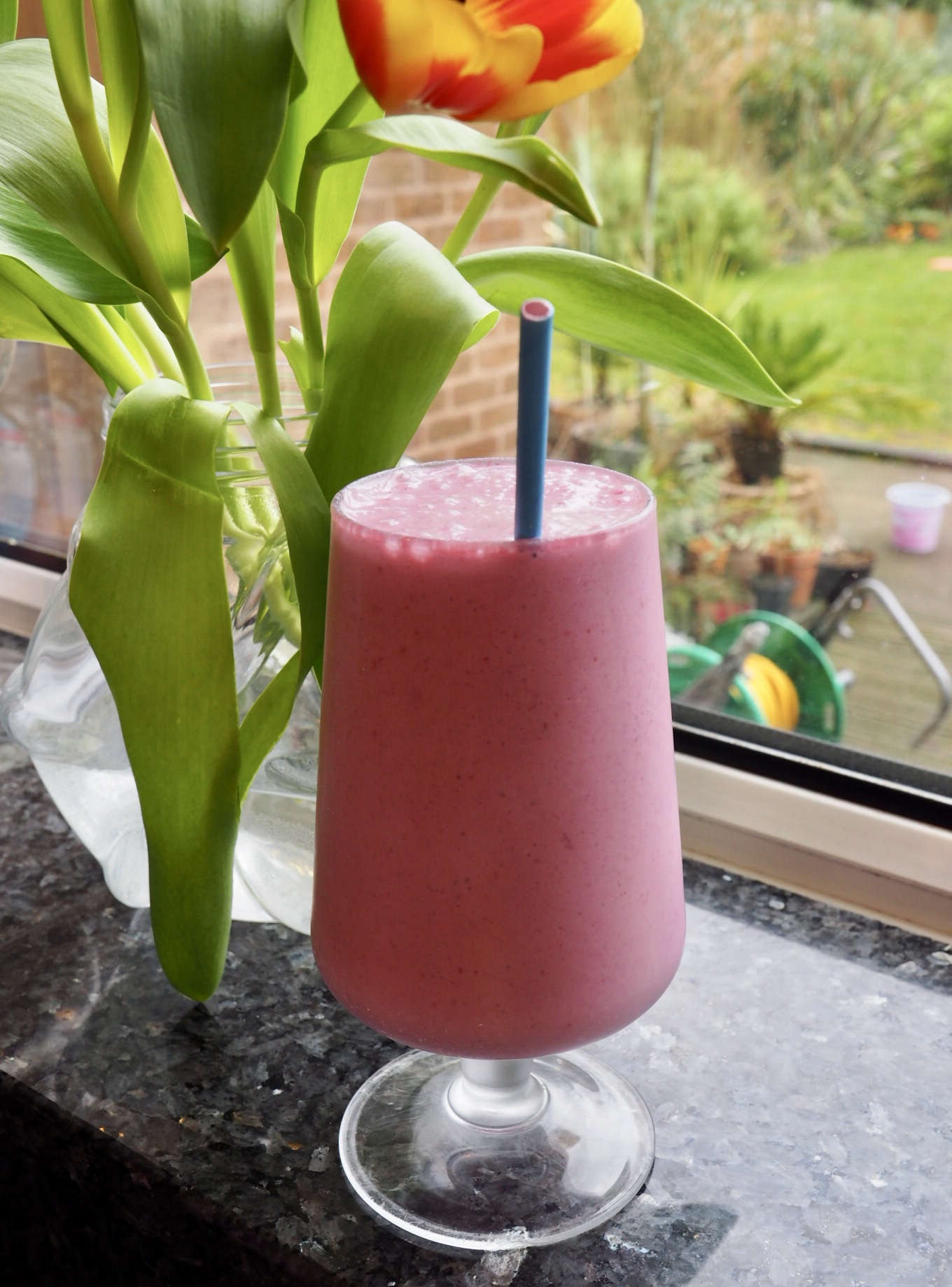 Disclosure – we were sent these Num Noms Sparkle Smoothies in exchange for an honest review. All thoughts and opinions are our own.