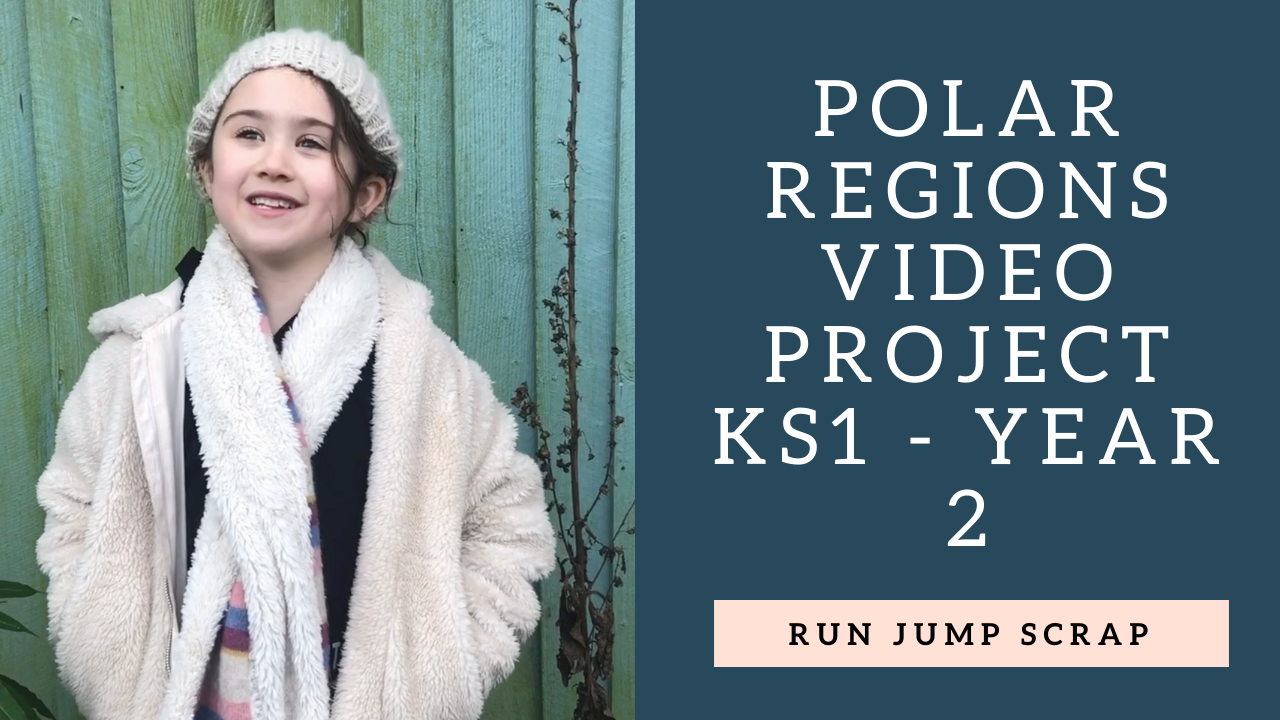 I have a slight love/hate relationship when my eldest brings home a project from school. The element of school stress hits again! Last term it was all about The Great Fire of London and together we designed a scrapbook page together. This showcased the Great Fire of London and my eldest got to write some facts about it too. It actually was quite fun and we both enjoyed it. This term she is studying the polar regions – the Artic and Antarctica and the polar animals and wildlife too. We decided this time to do a Polar Regions Video Project.

I was quite excited! I love a bit of YouTube (when I have time!!!) Since I was pregnant with my little dude, videos have been on the back burner. My eldest has gone on and on about being on YouTube but this was the perfect time for her to practice in front of the camera, boost her confidence and learn about The Polar Regions at the same time.

Here is her video and a little about what we did for ideas!

I knew we didn’t want a really long video, as one she had to chatter away and two it would be likely a bunch of 6-7 year olds would be watching this and would need to focus.

With my video head on I had an idea for the introduction and for her to wrap herself up warm, ready to explore. The rest was up to her.

My hubby thought it would be a good idea to film in the backyard. There wasn’t any snow so we made do with a blueish fence. My eldest had really listened at school and she set the scene of her in the North Pole, during the warmer summer months (a temperature of zero regardless) and sunny. Of course it is light all day during the summer, as the sun never rises! She explained all this. 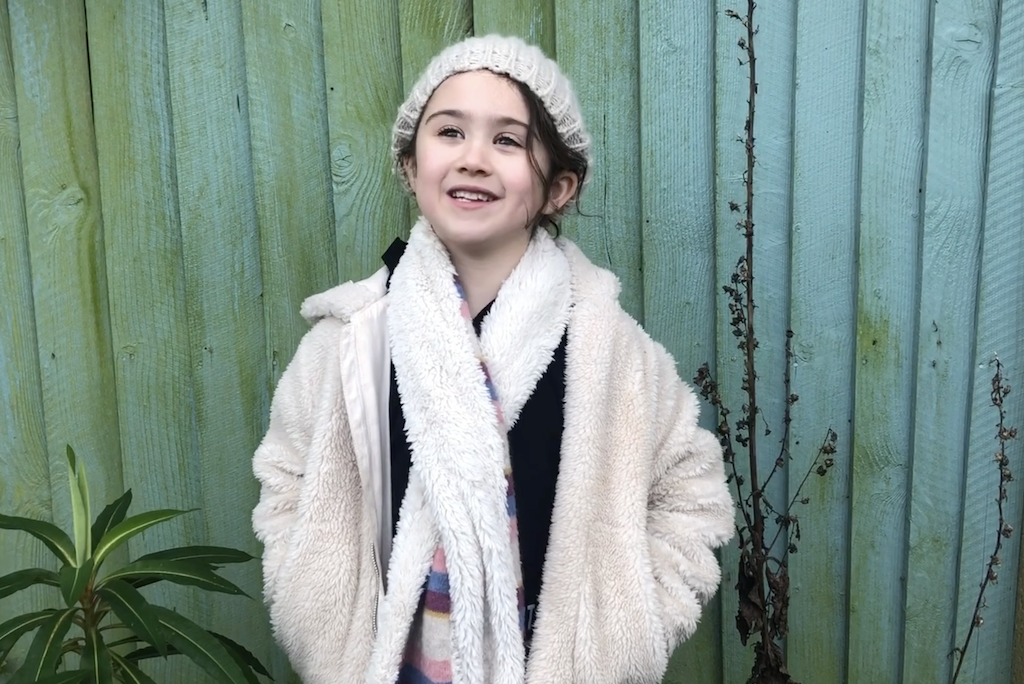 Scene 2 – Wildlife in the North Pole

We had to do a little research and we realised there are no penguins in the North Pole. We would save those for a later scene. Polar bears however yes!

We found out a few interesting facts about polar bears and my eldest used one of her white teddies, as a prop. Simple and effective and she really remembered her facts in one take, after we chatted through what she could talk about. 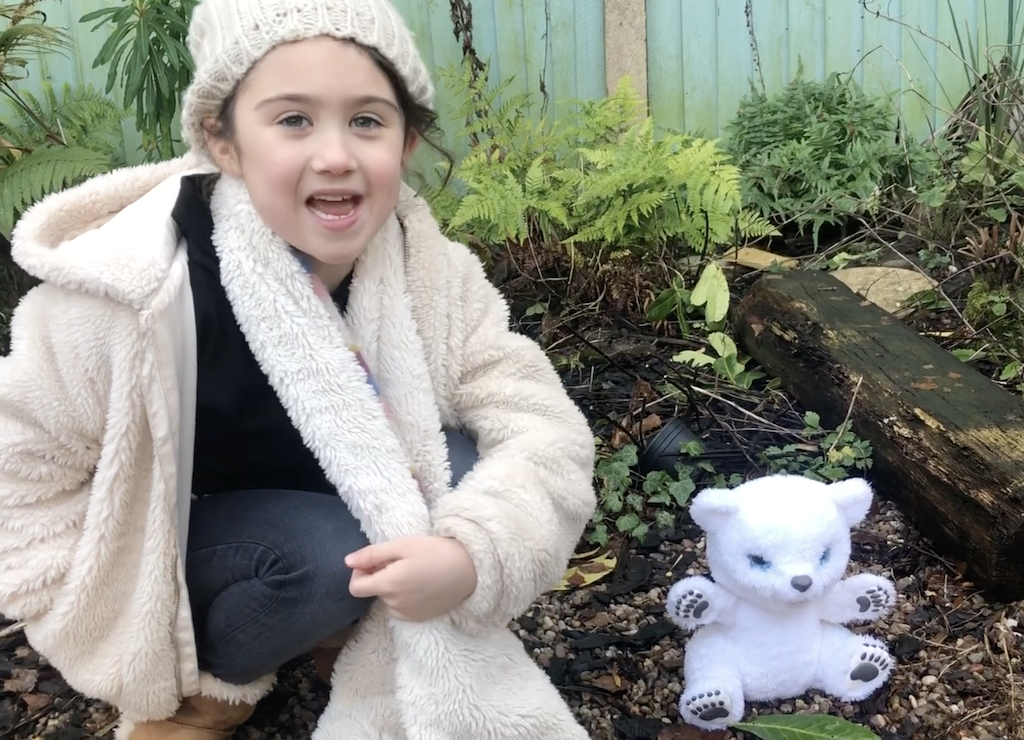 Scene 3 – Wildlife in the South Pole

Penguin time now! I let my eldest set the scene in our bathroom with her toy penguin, a lunch box, some bath water and some ice from the freezer!

She really remembered the facts her teacher told her about Penguins; how the female lay the eggs and go on the hunt for food, whilst her males warm the eggs and huddle together in bad weather.

She explained all this again in one take and was happy with her creativity too. 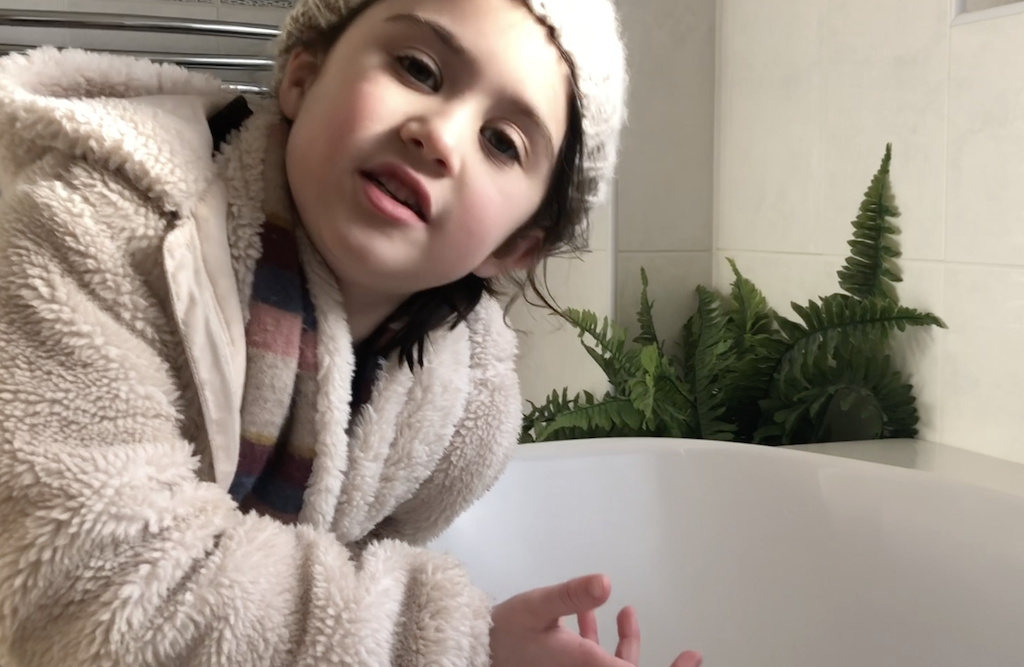 We finished the video with her thanking the audience for watching and saying Bye!

I could tell she was really pleased with her video and I was so proud of her confidence and creativity in front of the camera. It was also lovely to see she had listened and she told me she was repeating a lot of what her teacher explained to them.

If you are looking for a fun Polar Regions Video Project, I hope we have given you some ideas about what you could do too. 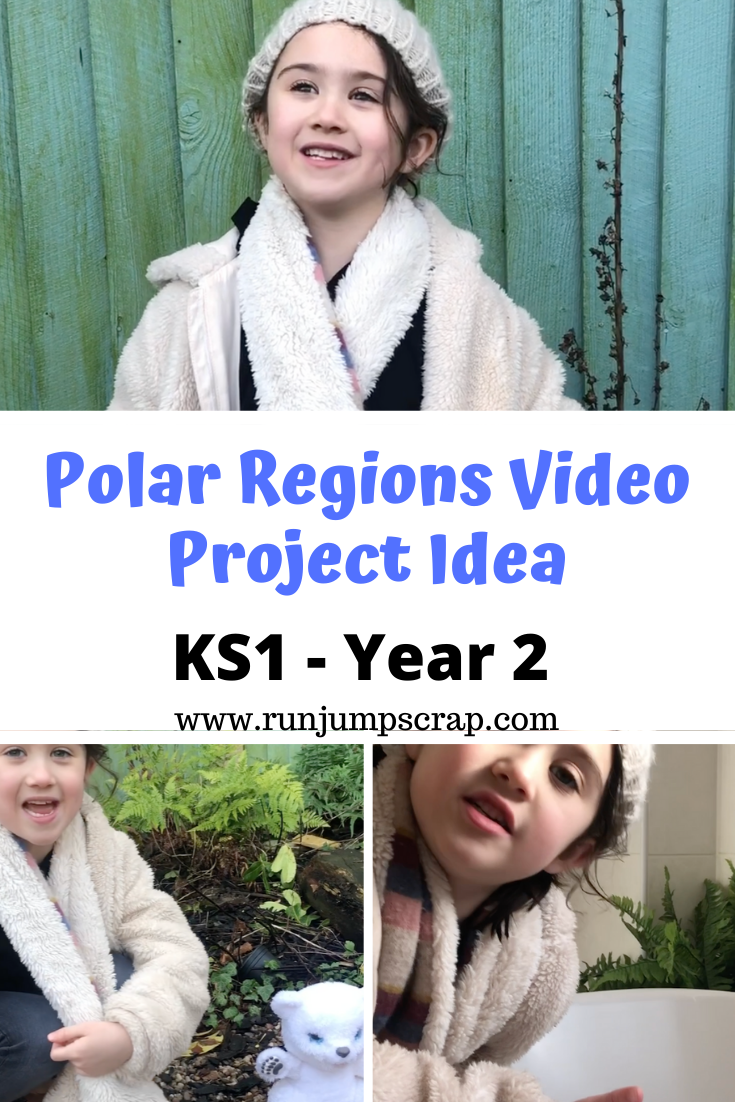