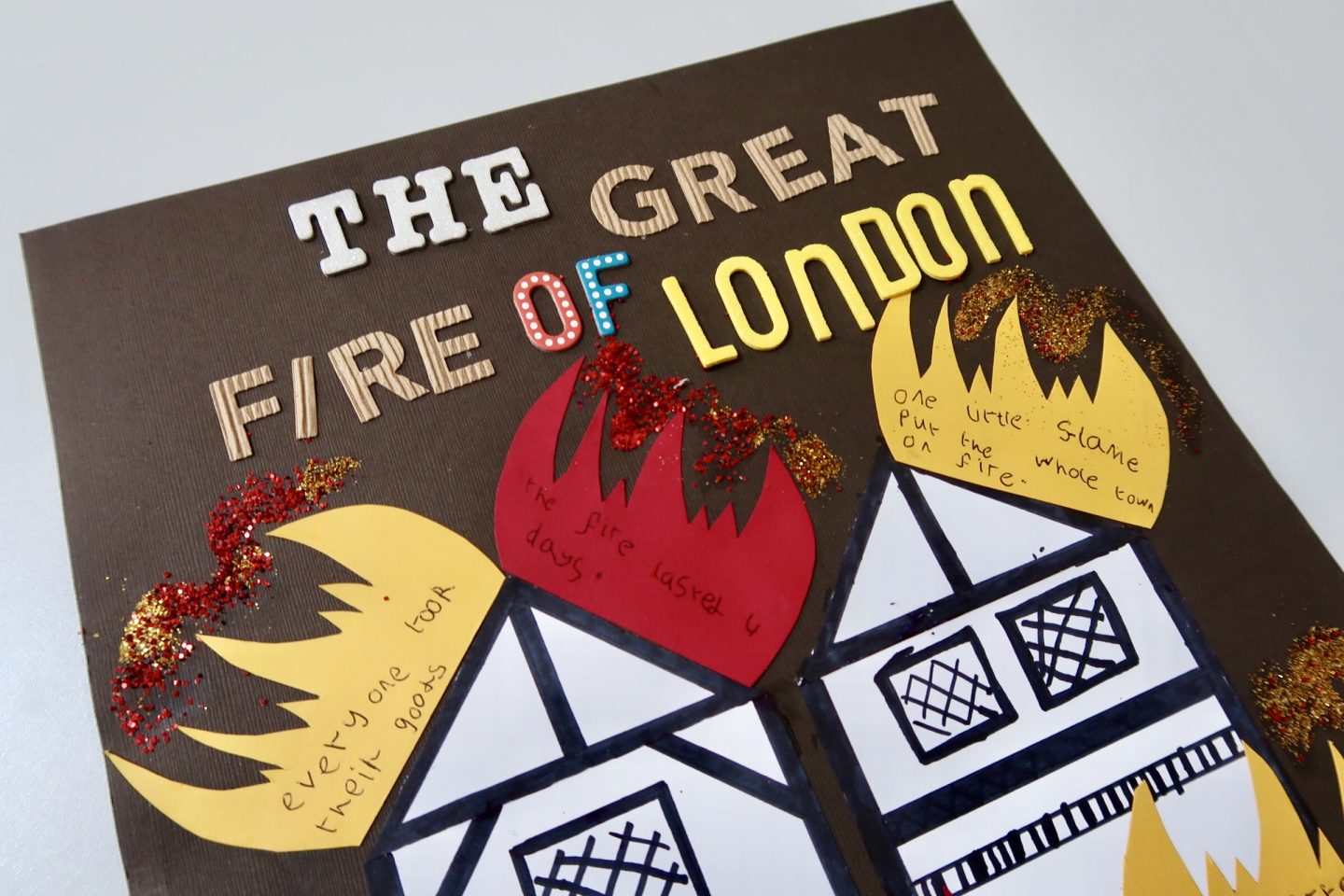 The gremlin has gone into Year 2 with a bang and enjoying herself. There is always that element of school stress for us parents with the amount of homework that they bring home. Homework, reading, spellings and now a project. She is studying the Great Fire of London for kids this term, as many other Year 2 kids are. As part of this she has a piece of work to complete before half term. We were given a list of things to do and many involved The Great Fire of London crafts but other suggestions included being a newsreader or even baking bread.

I was keen on making her talk about the Great Fire of London and me filming her, as my eldest is quite articulate but she didn’t want to. Initially she wanted to make a model house, as many of her friends were doing that but I managed to convince her to make a scrapbook page, with pictures, lettering and some text.

As as keen scrapbooker, I had the materials, so knew it would be easy. Plus I would LOVE an excuse to get crafty. I’ve had zero time since her baby sister was born back in 2016! I’ve always wanted to get my eldest into scrapbooking a bit more but it’s having the time and it is quite a messy activity! Paper and glue can go everywhere and we still have a crazy baby boy running all over the place. One day I hope or we just cope with the mess a little more.

This is what we did one Saturday afternoon, whilst I convinced my hubby to keep an eye on the baby: 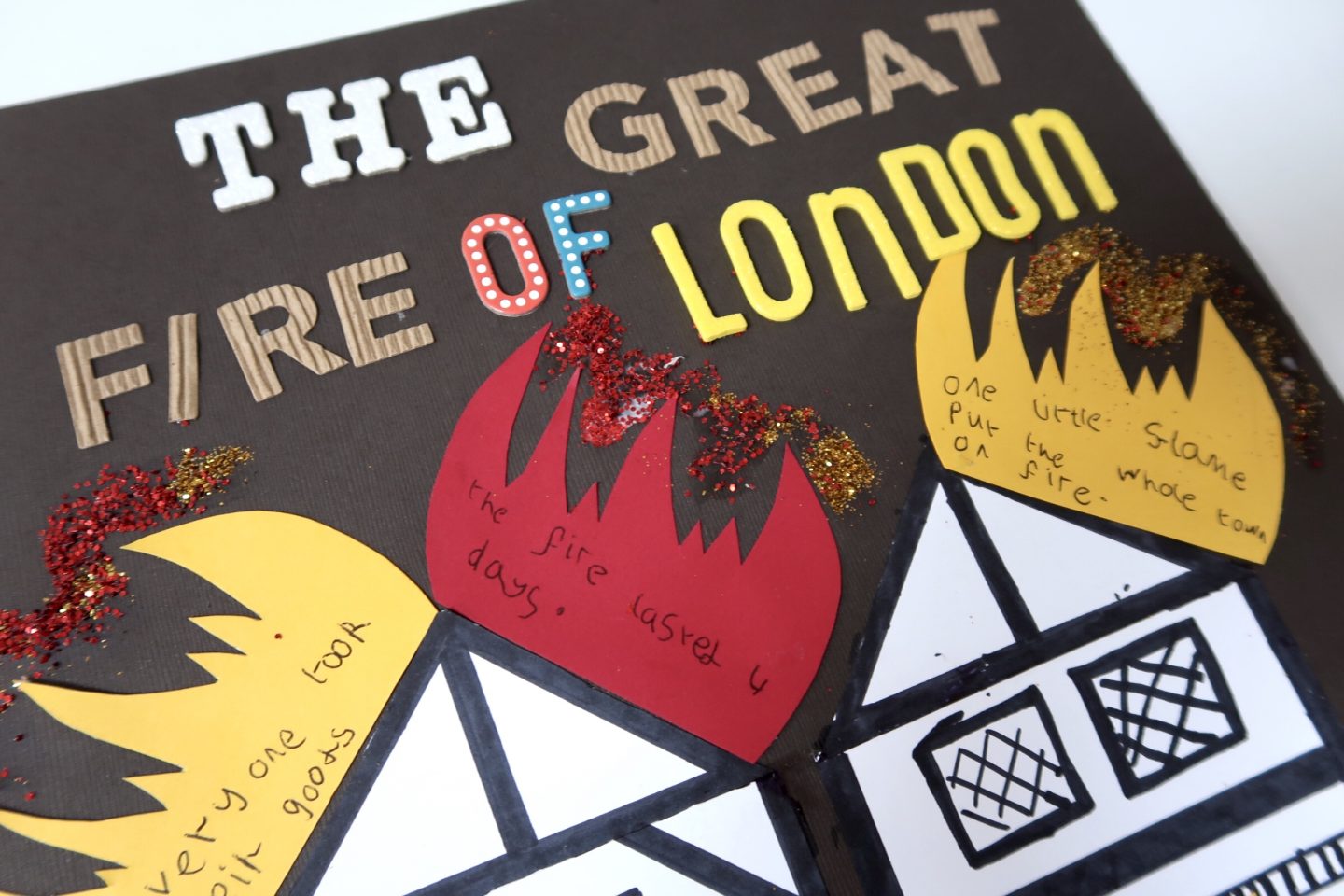 The Great Fire of London for Kids – a Scrapbook Page

I had the idea of creating a scene from the Great Fire of London, with a couple of houses on fire, using the flames as a base to write some facts about it. We watched a little video on YouTube to help us with information.

It took us a good hour or so to complete and I did need to help her a little with the cutting and sizing up the houses.

– Colouring pencils and a pencil.

– Glue – PVA or a pritstick

– To start with choose your cardstock. We went for a black piece for the layout and chose a 12 x 12 piece, the same size as my scrapbooks. 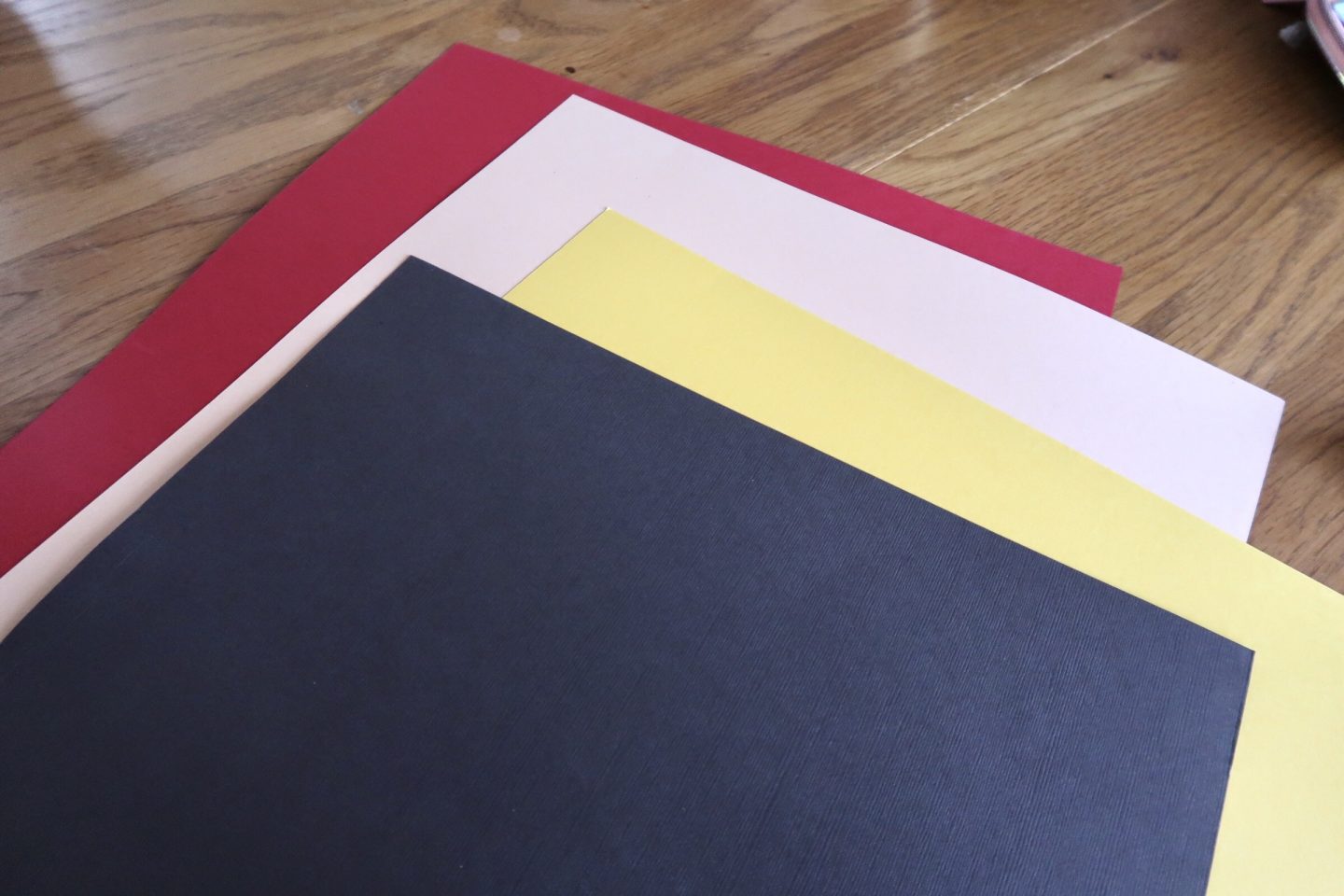 – Start by making your houses. I am not that accurate and I didn’t want something to look perfect as my gremlin was in the driver’s seat technically. We were making 2, so I took my white cardstock and placed it on the black piece to estimate where I would like the houses and the size. Then I marked this with a pencil and used the guillotine to cut the house bodies out. 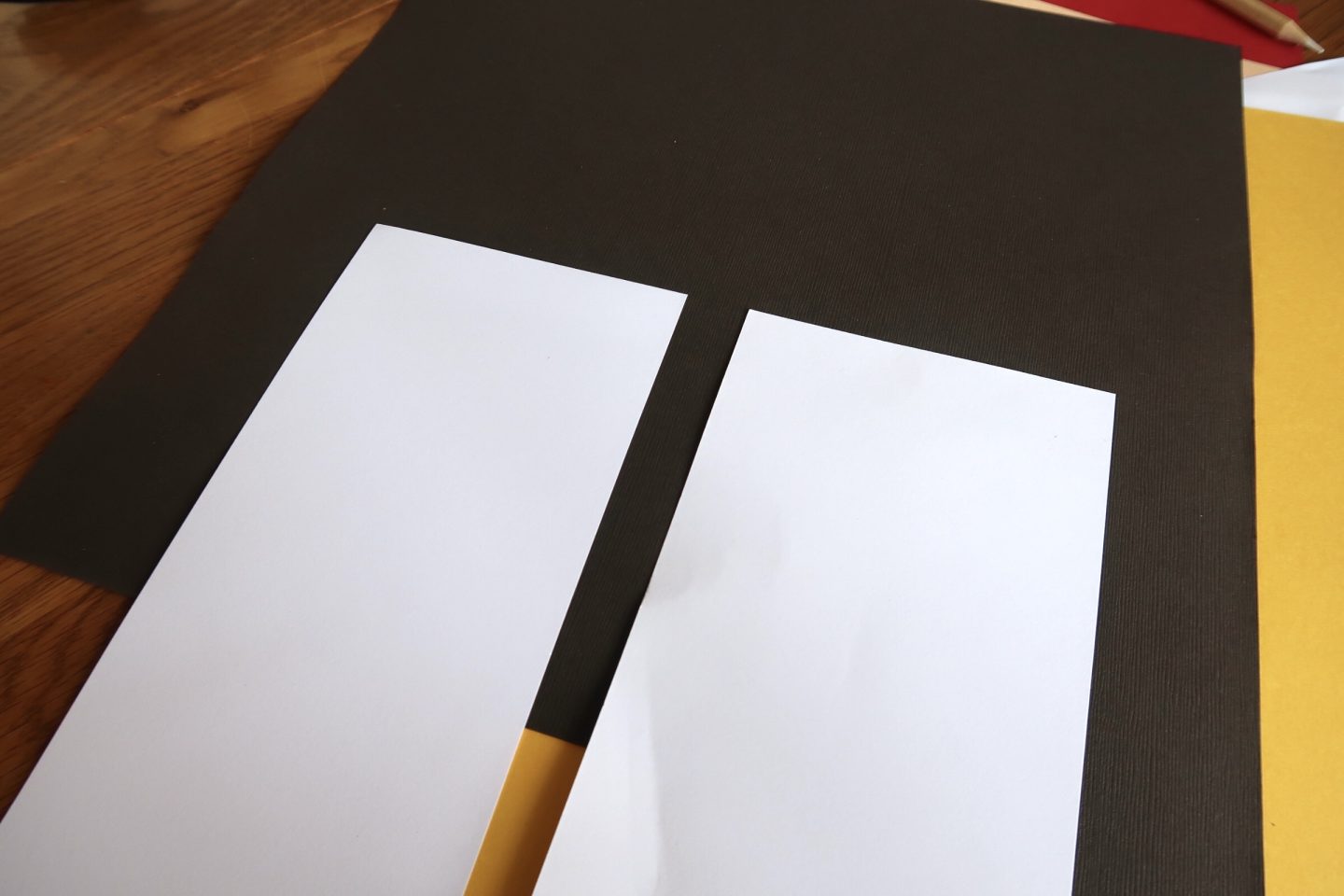 – I was left with two slim rectangles and my eldest glued these with PVA glue to the black cardstock.

– I then helped her make two triangle roofs using my ruler. I placed some more white card at the top of the house and measured half-way along the top of the house to get the mid-point. I then made a small dot and drew out a triangle. My gremlin then cut these out and glued on the top of each house. 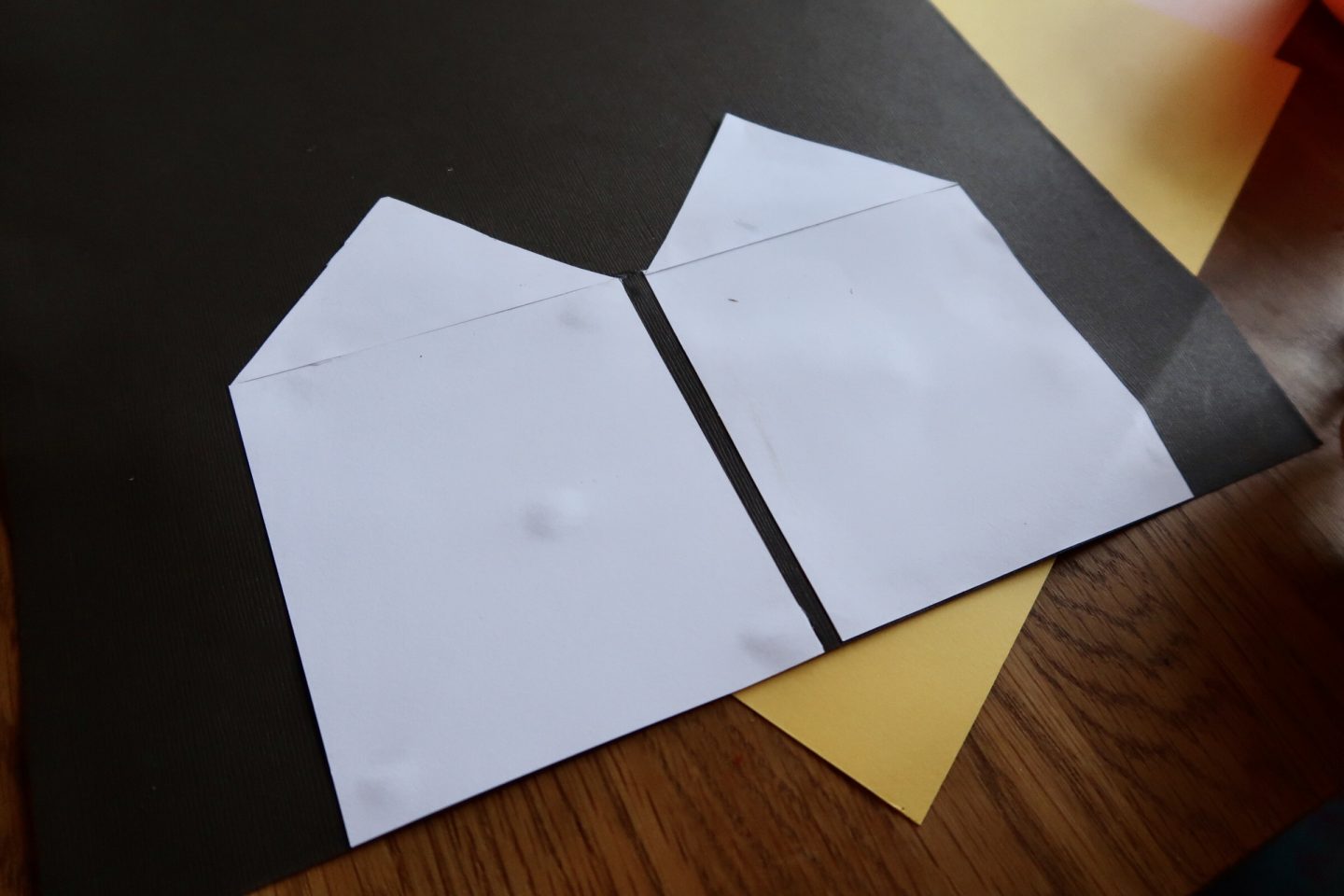 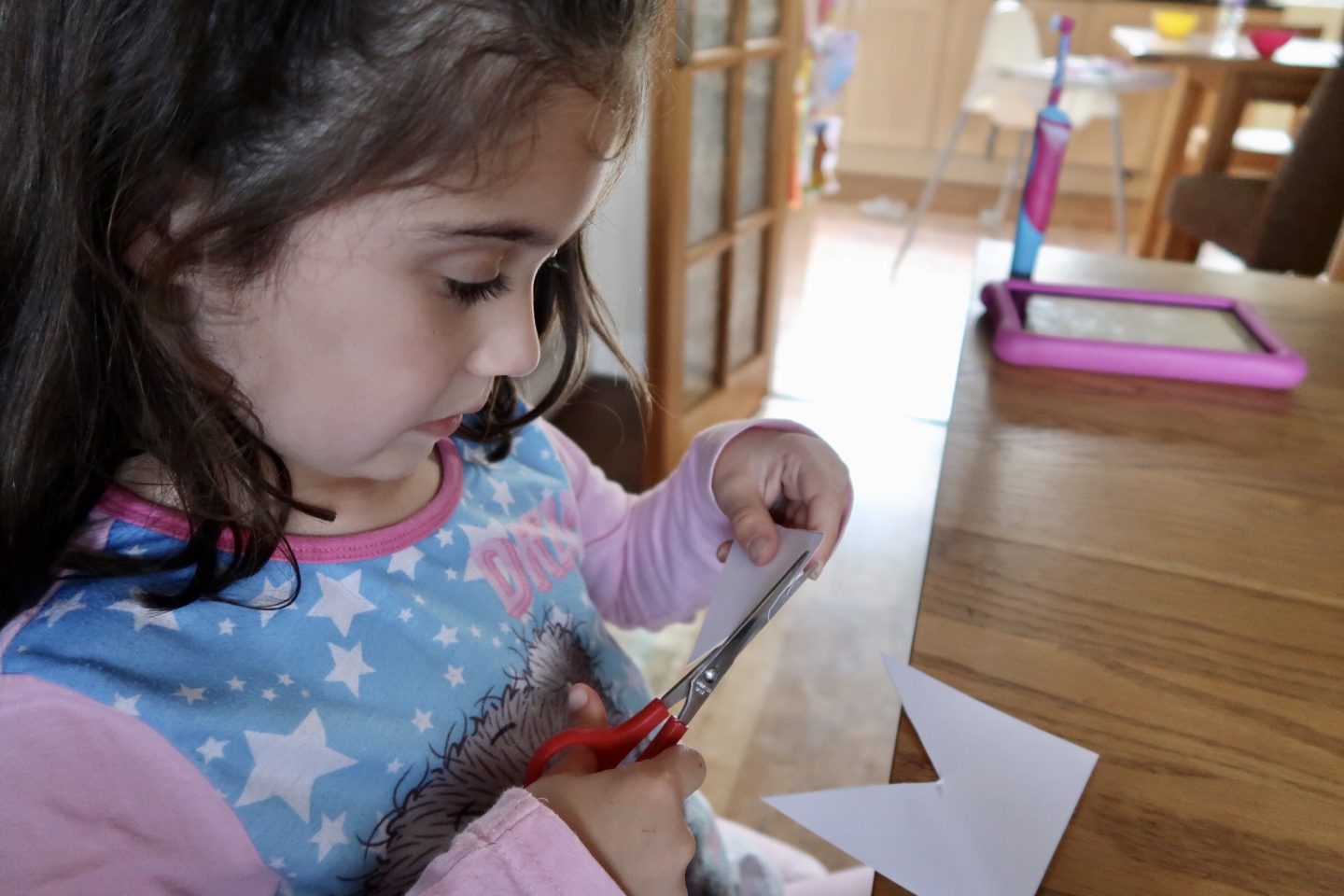 – I then drew some authentic black markings on the house and my eldest coloured them in, using the black felt-tip pen and ruler. 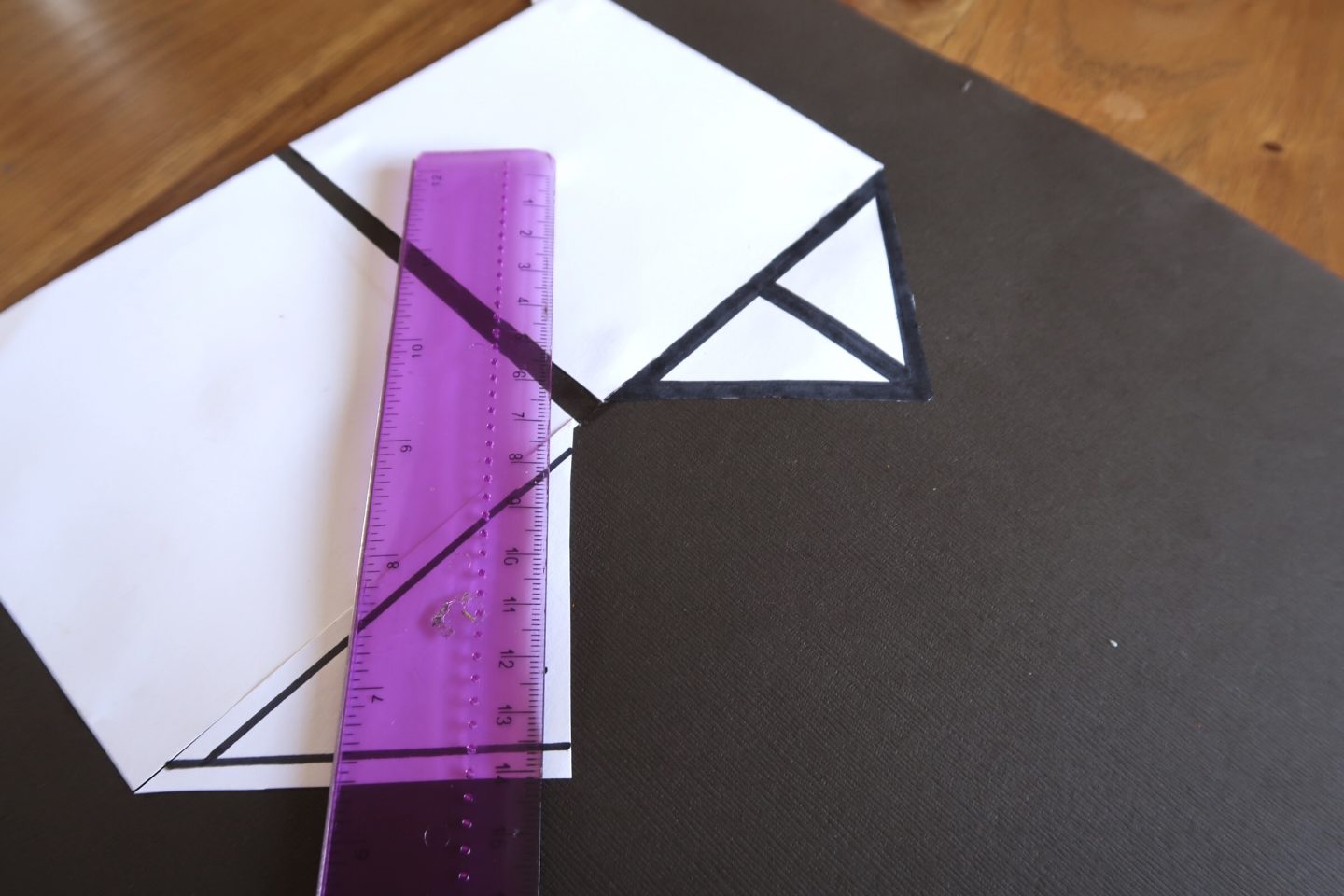 – I then drew some flame shapes on the yellow card and cut them out. I used this as my template for the other flames on both the yellow and red card. 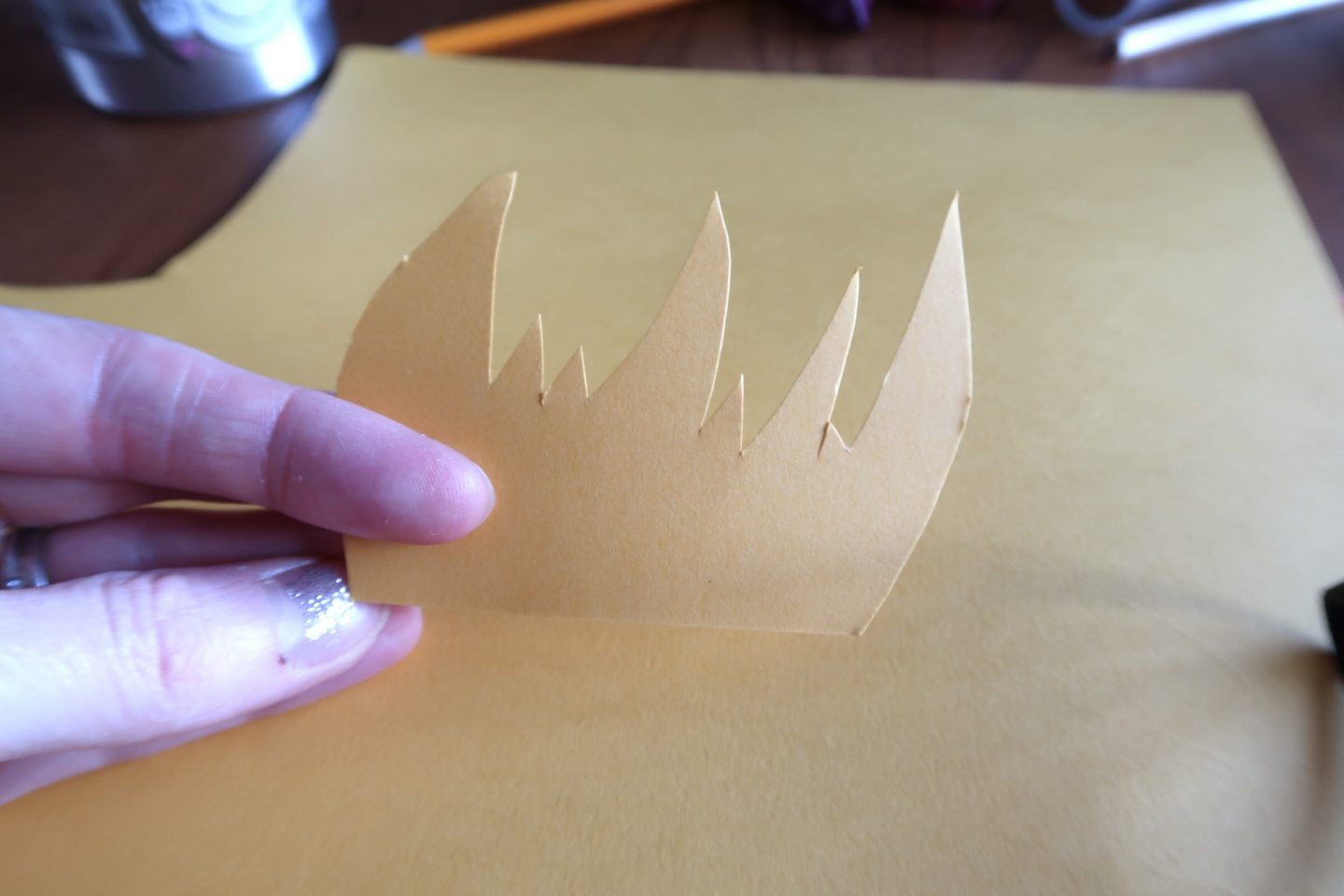 – My gremlin glued them onto the houses and she drew on some windows and doors. 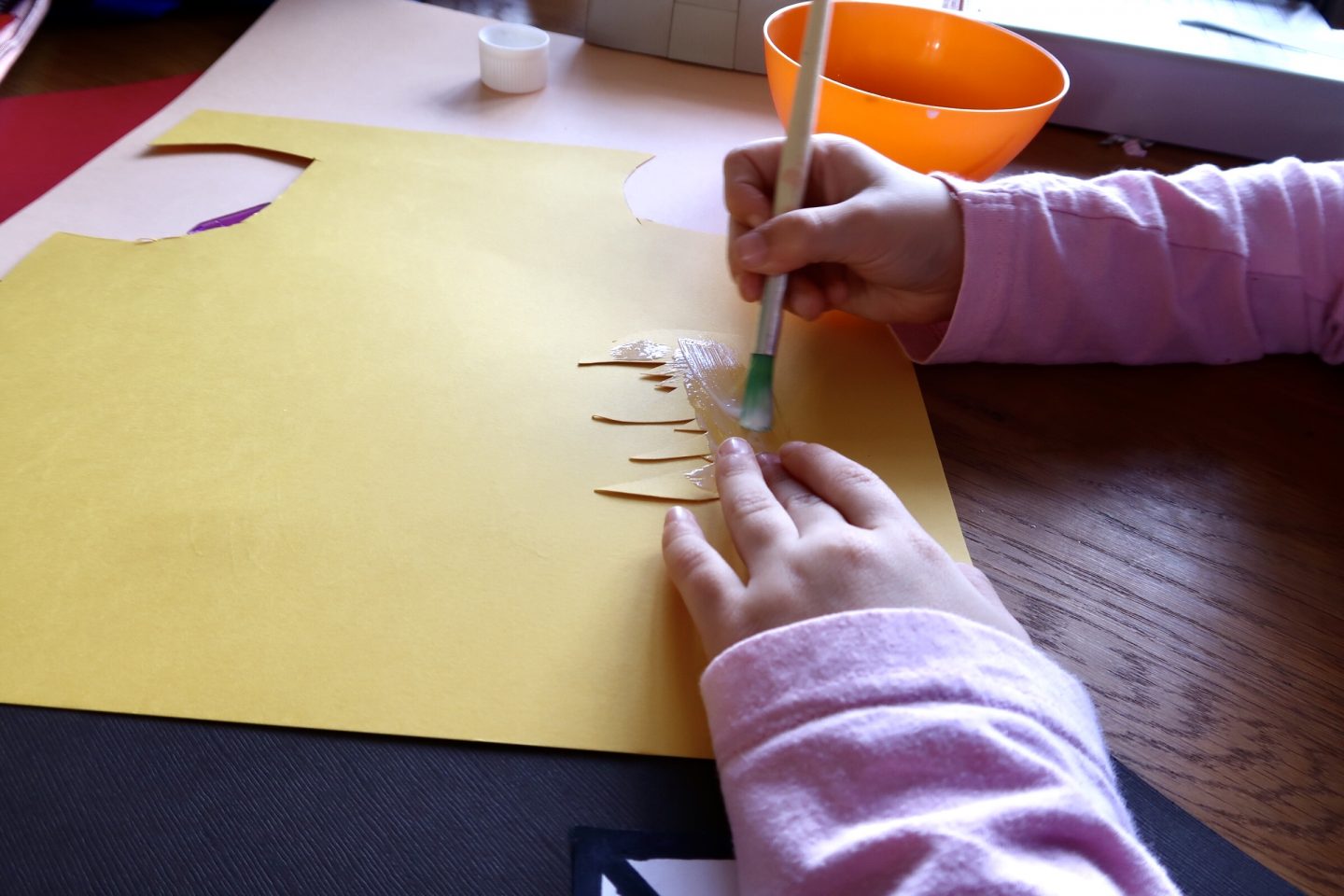 – After watching a video on YouTube, my eldest then decided what facts she wanted to write on the flames. She did have a practice first and wrote using a black pen. 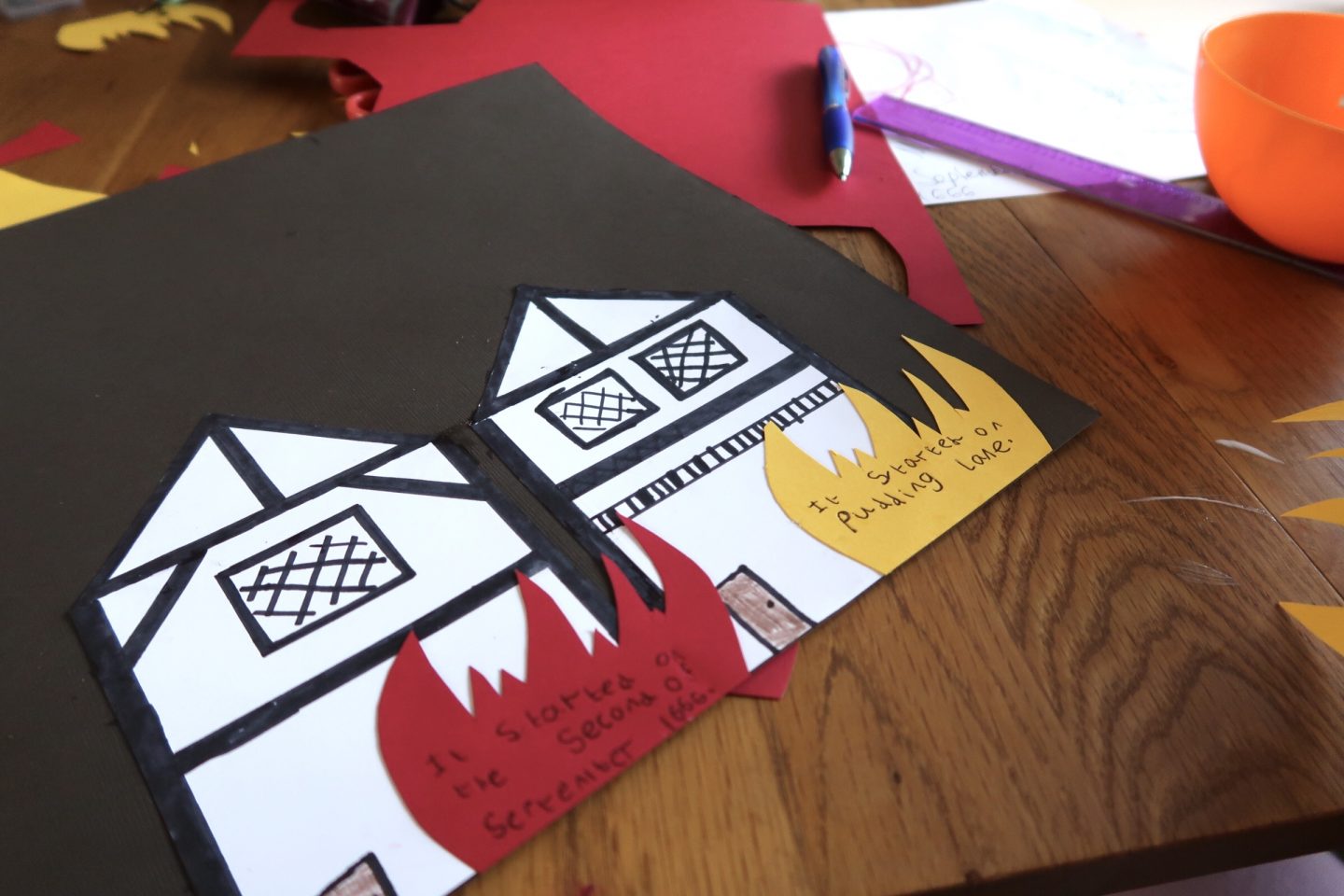 – We finished the other flames on the top of the house and my eldest chose what lettering she was going to use for the title of her scrapbook page.

– Finally we put a little glue above the flames and sprinkled glitter above them for effect! 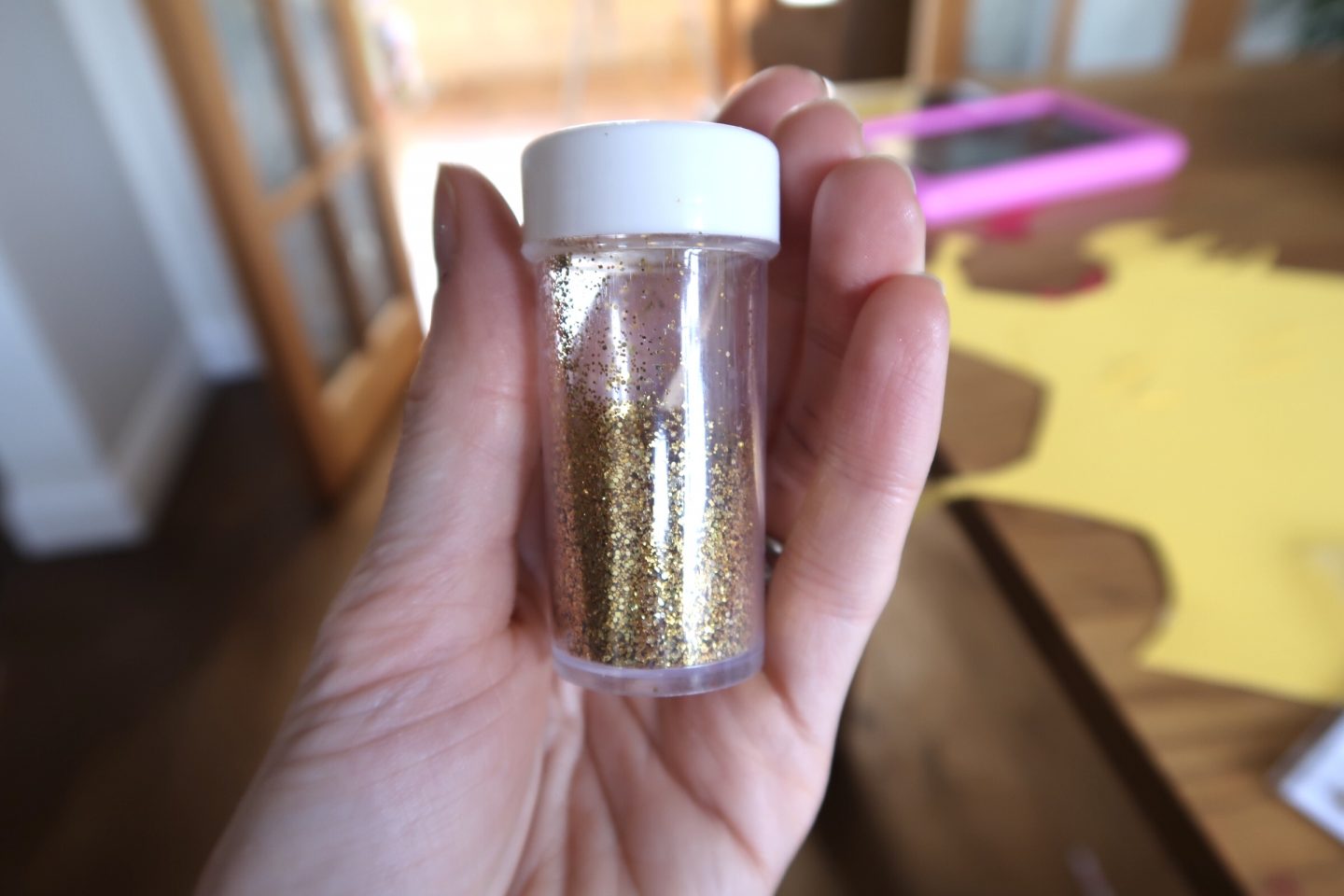 This was the result.

It was exactly what I had in my head when I suggested it to her and I think it has turned out really well. It was lovely to sit down with her and have some quality time, as been ages. Hubby took care of the others.

If you are after some easy Great Fire of London for kids crafts, this scrapbook page maybe a good one to try. You don’t need that many materials and it is quite straight forward!

Let me know in the comments if you have a go!

You may also like our Poles Video Post when my eldest was learning about The North and South Pole. 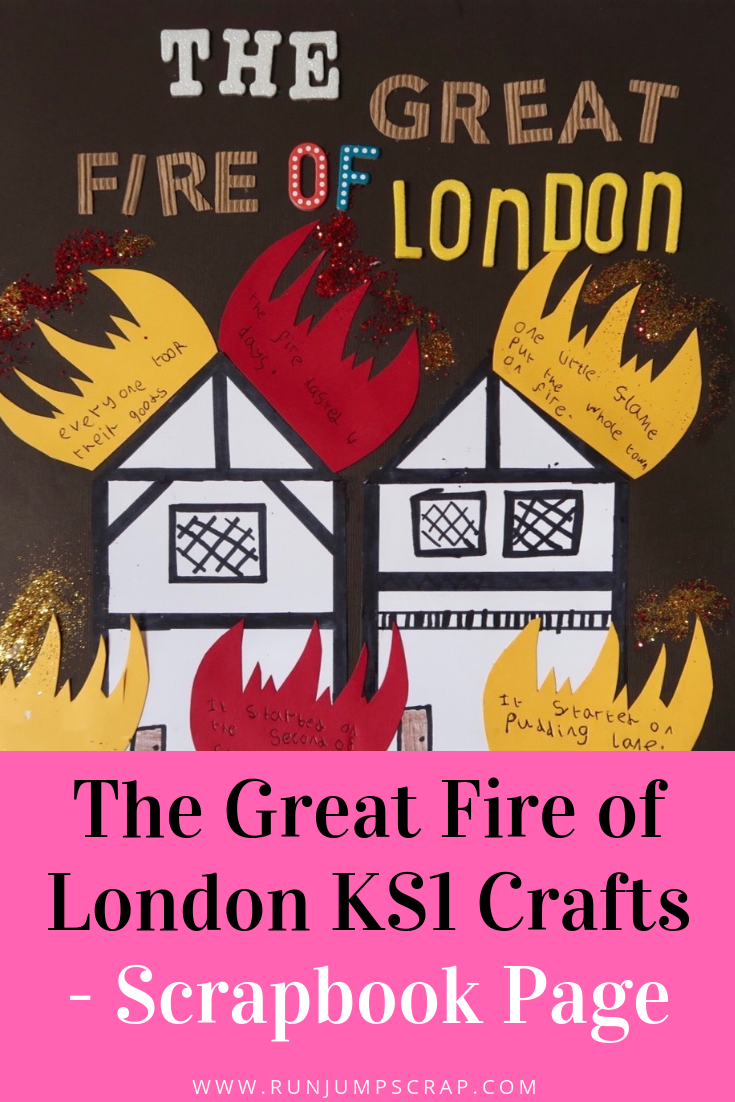