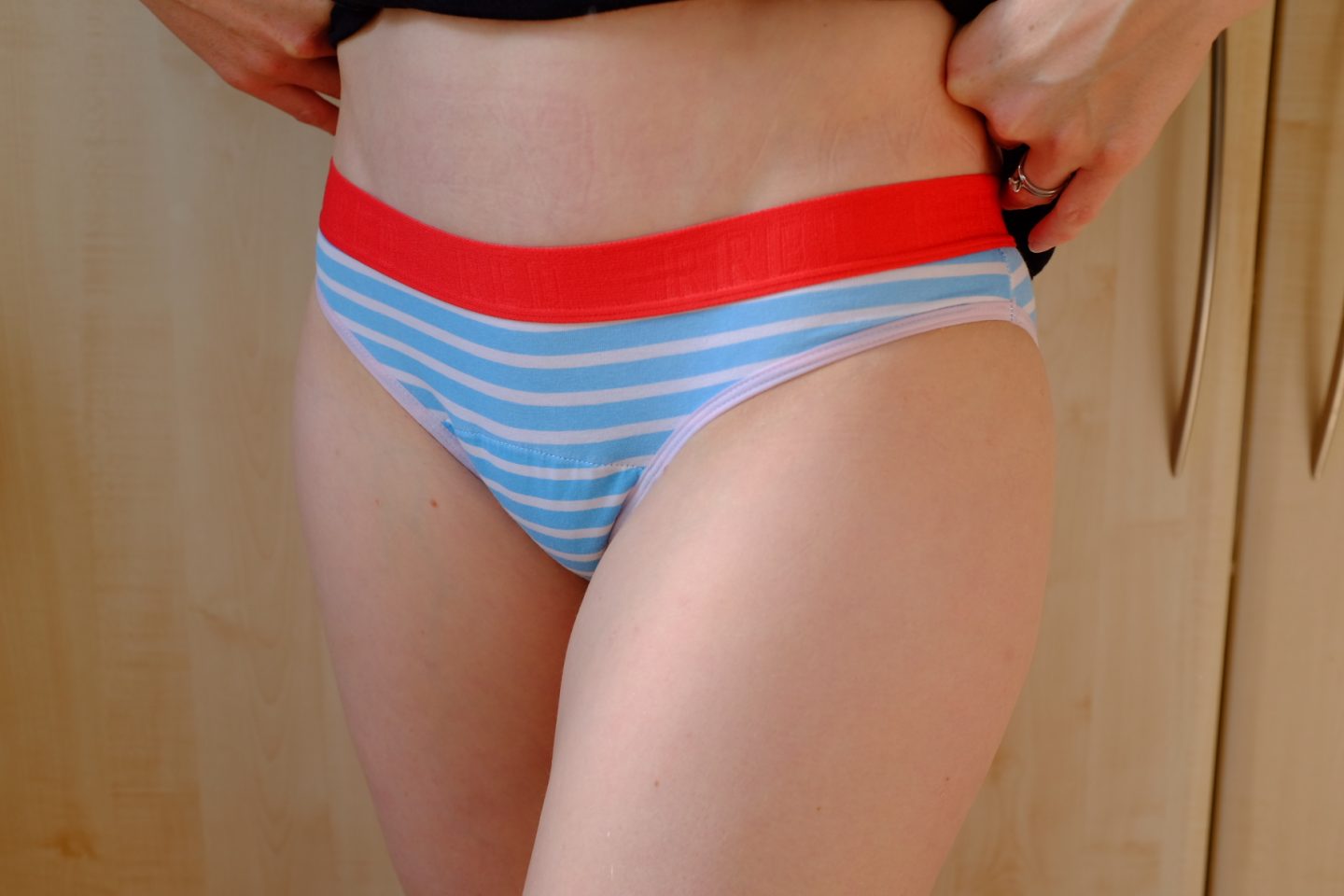 I’ve never been a huge fan of using anything else for periods other than pads or tampons and that isn’t something that sits well with me. I know they are not the best for the environment; they are messy and they can be expensive. So for me to recently try period pants is a bit of a leap of faith!

I’m going to talk frankly about periods in this post, as I feel we should be able to. Talking about something that happens to every second person in the world quite a long period during their lifetimes should be able to be spoken about freely, without disgust and embarrassment. It’s something I feel strongly about and have never shied away from talking to my daughters early about periods and what to expect.

I was a very late bloomer. I didn’t start my period until I was 15. I was ready for them but it still was a shock. I didn’t want to use tampons at all, so started with pads and used those until I was in my early 20s. Then I got braver and started with tampons. I hated the applicator ones and used to combine them with pads and pant liners. They did the job just about. 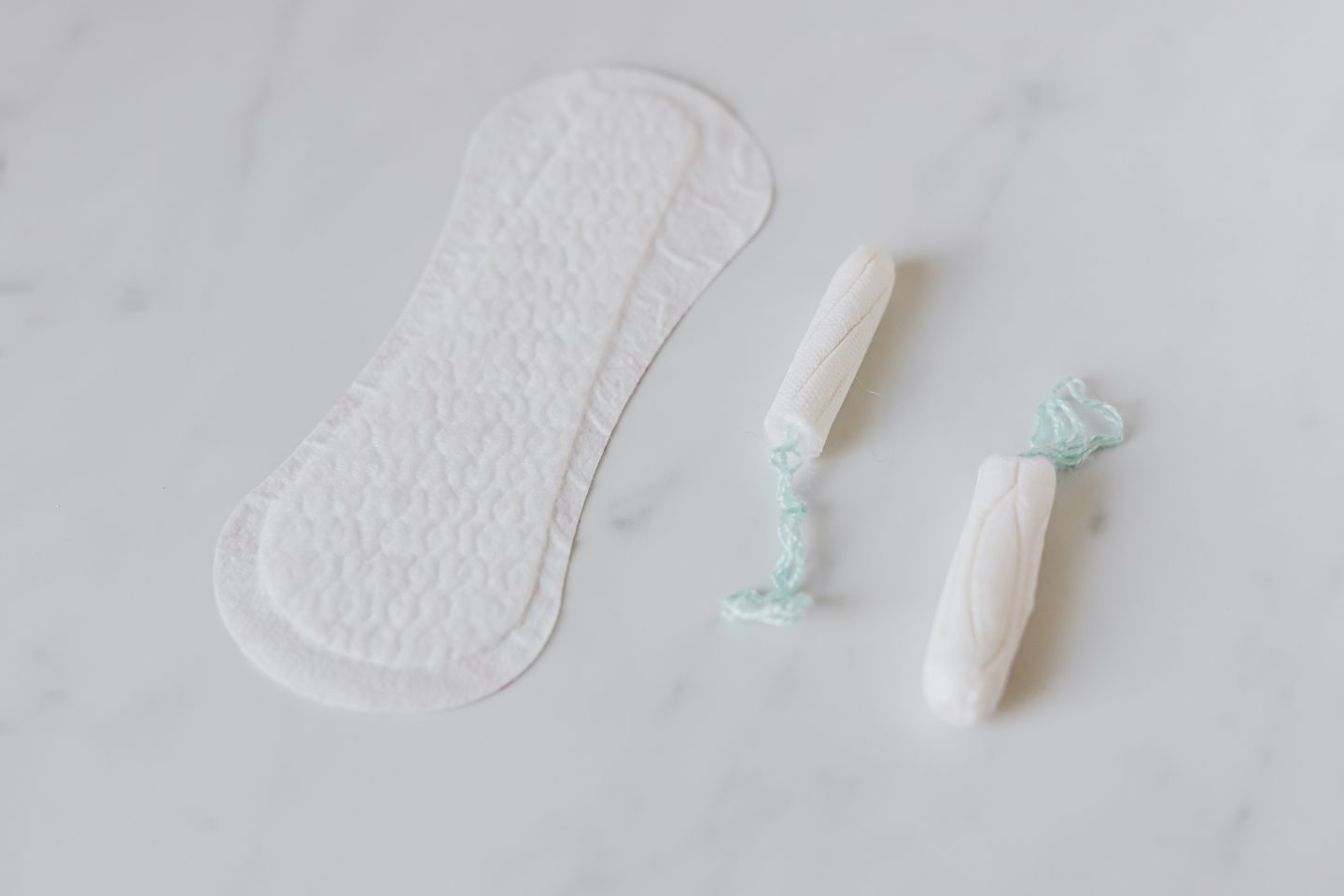 I was on the contraceptive pill at 17, only coming off after getting married at 27. Periods were heavier off the pill and a bit of a surprise but of course, I didn’t have long until I fell pregnant with my eldest. I’d only just started to get used to them naturally again!

Eighteen months later my periods returned and the fitting of the mirena coil meant no periods again until we started to try for our second little girl. After falling pregnant within a month, I had another lovely 18 months off again and you do get used to it. Baby number 3 wasn’t a complete shock but he was a bit surprise, after a bit of a few lazy holiday moments. I’d only had just over 6 months of periods before I fell with him and I knew afterwards, I wasn’t going to bother with some form of contraception that stopped periods. I was going to have to deal with them!

And I have been doing so! But not too well really. It’s almost like I have forgotten how to!

Like many women days 2 and 3 are heavy. Tampons, even super, last only a couple of hours and I always seem be be at work when my period falls. So I forget to disappear and change them. I’ve even had to buy new pants from our hospital shop when I’ve left it too long!! My colleagues and I had a giggle, that’s for sure. With a couple of months  of also waking in the night with a leak and a 6am shower, I decided I needed a re-think. It was either huge pads or I tried something new.

And for me it was period pants.

Period Pants – What Are They?

The lovely Kate from Counting to Ten has written a really fab post on period pants and other options for your period. I’m not going to re-invent the wheel. Have a read for more details.

Period pants are exactly what they sound like. Pants that soak up the blood when you are on your period. They come in different styles and to cope with different blood flows. If you read Kate’s post all your questions are answered about how many pairs you may need to cope with your period and if they need changing.

Weirdly I had two pairs already in my drawer. I had been sent them for previous gift guides. I’d looked at them but never tried them. So I decided to. I knew they were for lighter to medium flow, so I used them after the heavy 2 days and was frankly so happy with them. So happy that alongside my two pairs from Modibodi, I recently just purchased another pair to cope with a heavier flow. These weren’t the cheapest at £22 and I have seen them cheaper advertised but can’t comment on the quality. 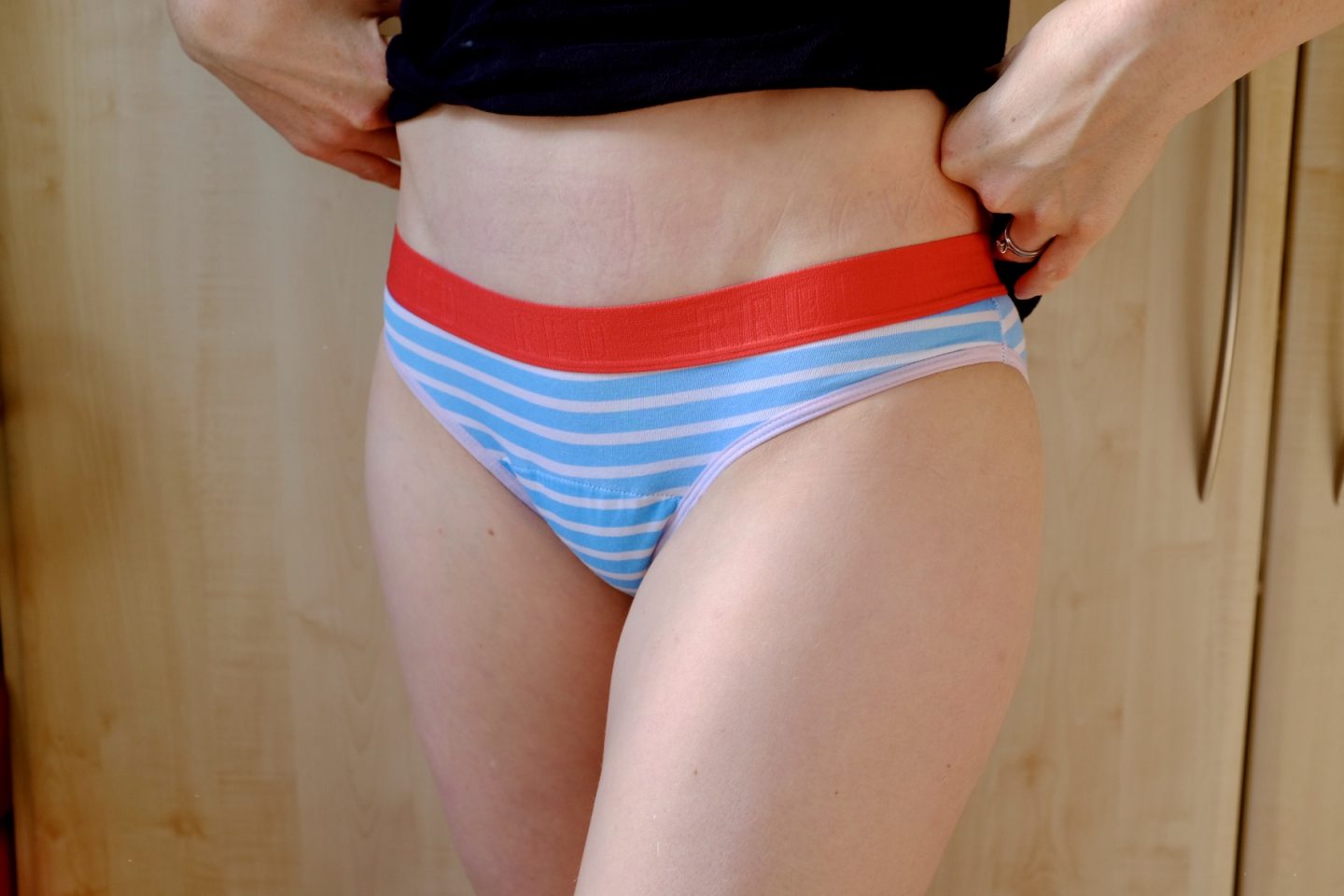 I do feel you maybe spending more than on sanitary products or a moon cup but it’s better for the environment, less messy and all depends on your personal preference.

My first experience with period pants was a couple of days into my period. I was a bit nervous, as I still think I’m going to end up leaking everywhere but I didn’t. It wasn’t my heaviest day, so will need to try out the heavier flow pads. These are designed to take 4 tampons worth and for me, that’s enough to get me through the day at work. I’m going to see, as may need a change at some point.

I tried my light-to medium flow pants over night on around Day 3-4 and I was really happy. There was no leaking and I decided to try in the day too. Again there was no leaking. The gusset is black, so you can’t see anything and I couldn’t smell anything for most of the day but by the end slightly. Nothing like wearing pads though.

The pants are meant to be rinsed with cold water and washed on a cooler wash and left to air dry. I didn’t realise this at first and didn’t rinse but they washed fine. If you are not doing a wash that day, you are advised to zip into an airtight bag and when you do.

We luckily had washing loads the day after and both pairs were clean and ready to go again. I think unless you are doing lots of washing you will need a pair for at least every day and possibly more on heavier days. I’m going to buy a new pair each month and mix with pads and tampons, until I have enough. This will spread the cost a little. 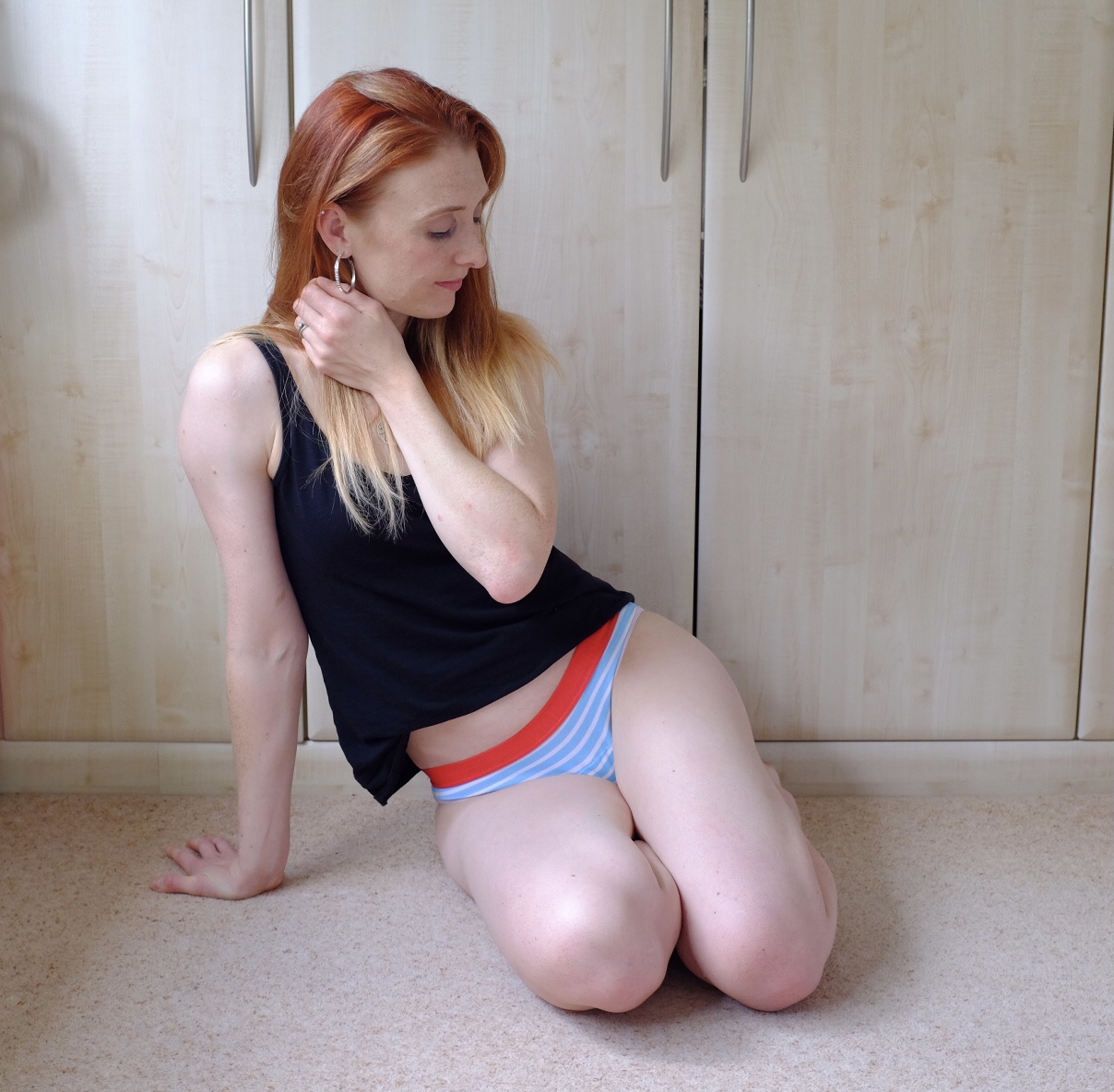 Would I Recommend Period Pants?

Absolutely. I have to admit I was one of those people who swore wouldn’t veer from what I knew and to some extent I haven’t. I don’t want to try a Mooncup, they are just not for me. However, I have a few friends who swear by them!

Period pants allow me to feel comfortable. I’m scatty and I can forget my supplies sometimes. I don’t want to be panicking about leaks and getting to the loo in time. I certainly don’t want to be heading to the hospital shop to buy pants again.  I’m going to try my new pair on a heavier day and will update the post. I imagine I may need 2 pairs but that will be fine.

They are a bit of an investment but it may be worth shopping around. I feel it’s about time I used something I little more environmentally friendly.

My periods are likely to be around for a few more years yet!

Have you tried period pants? Let me know in the comments. 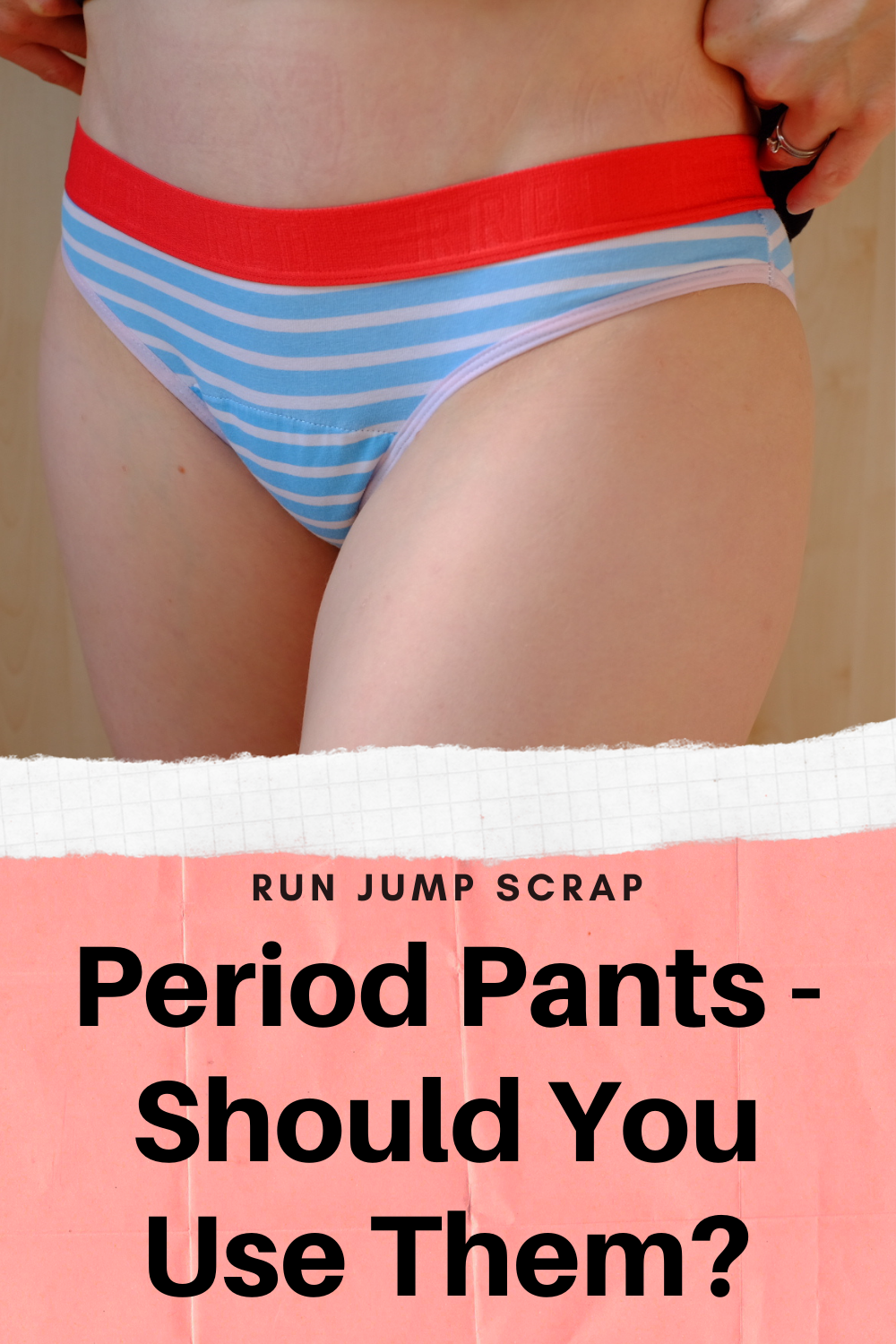