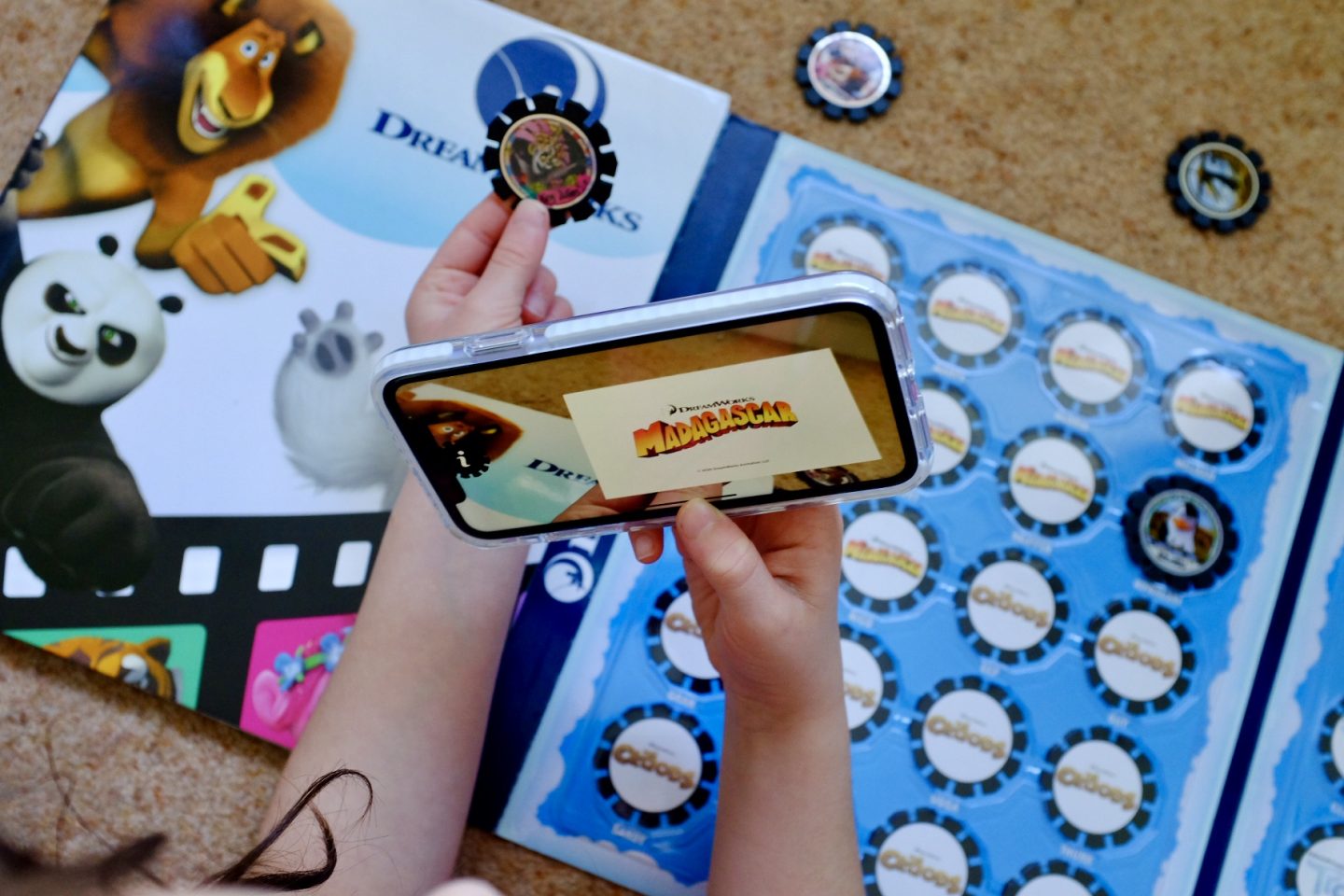 I used to love collecting things when I was a kid. When I was at school it was Tazos and Pogs. Can you remember these? Tazos in particular, I collected them all. I used to swap them at school and I remember the Tazmanian Devil only came in Dorito bags and I hated them! Of course kids still collect things now; football cards and collectable toys like L.O.L. Surprise! are very popular but I was pretty blown away when I was introduced to a new collectable for kids now Augmented Reality Discs or AR Discs for DreamWorks which bring DreamWorks characters to life!

When I accepted this blog review I have to admit, they sounded great but I actually didn’t know what they were. As soon as the parcel arrived and I showed it to my husband, he of course knew what they were and took great delight in telling me all about AR discs!

What Are AR Discs or Augmented Reality Discs?

AR Discs are collectible augmented reality discs. They come to life using a corresponding app you can easily download on your smartphone. They share an experience with kids that merges elements of physical and virtual play. Kids can see their favourite DreamWorks characters come to life. Think Shrek, How To Train Your Dragon and Kung Fu Panda.

Even after I read this, I didn’t get it! I needed to see it live and happening.

There are 80 DreamWorks AR Discs to collect—and this includes a pair of gold limited editions. You simply hold the disc and hover your phone or device over it! Watch it then come to life!

The AR Discs can be collected in an album and traded with friends. However, the interlocking AR Discs can also be used to create 3D models and amazing displays! Virtual and physical play: 2 in 1!

We were kindly sent 20 AR Discs and an album to hold and collect them all.

AR Discs are sold in a Starter Pack containing a colourful Collector Folder and two Discs (RRP £8.99) and Single Packs (RRP £1.99), are suitable for ages 6+ and are available from all good newsagents. 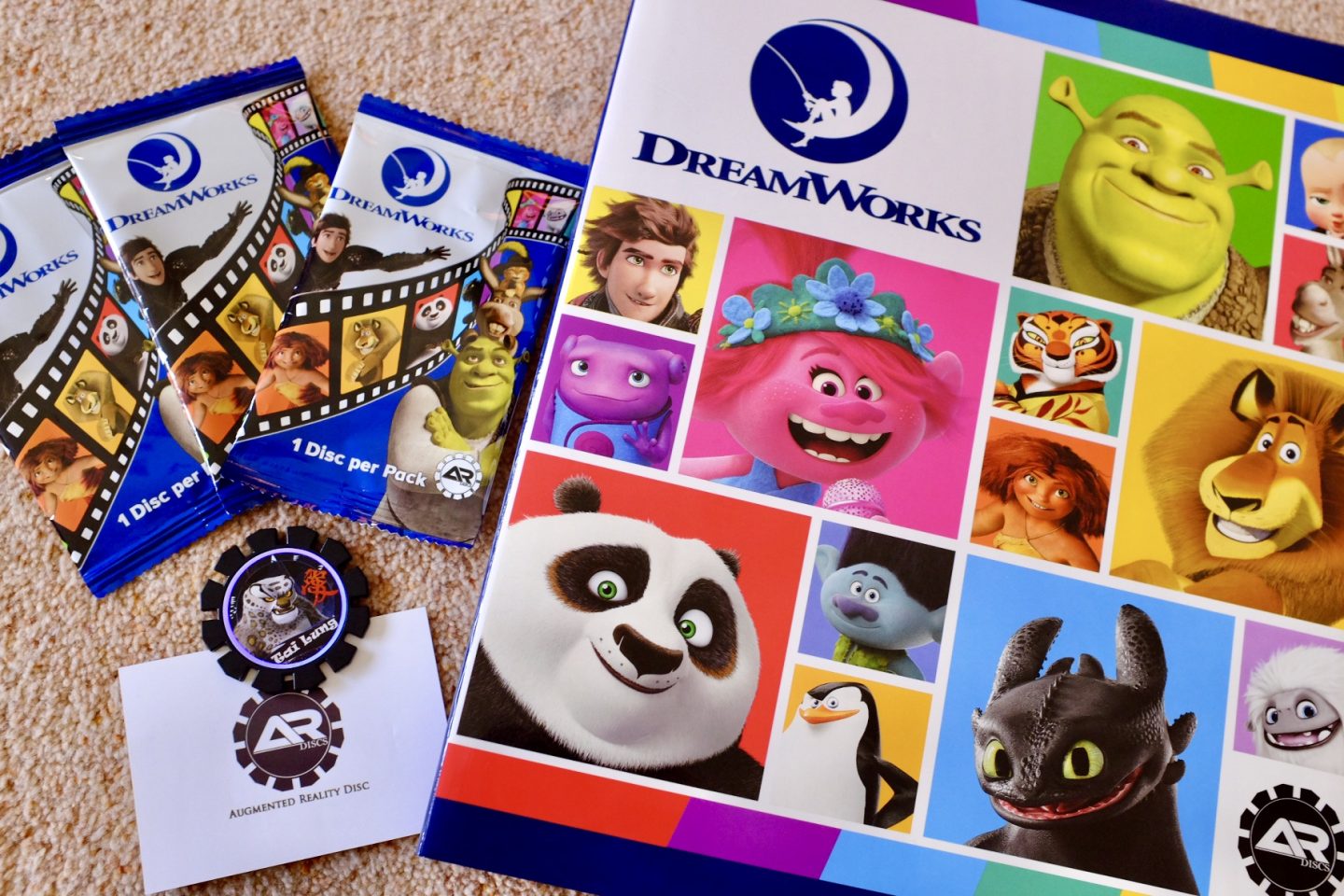 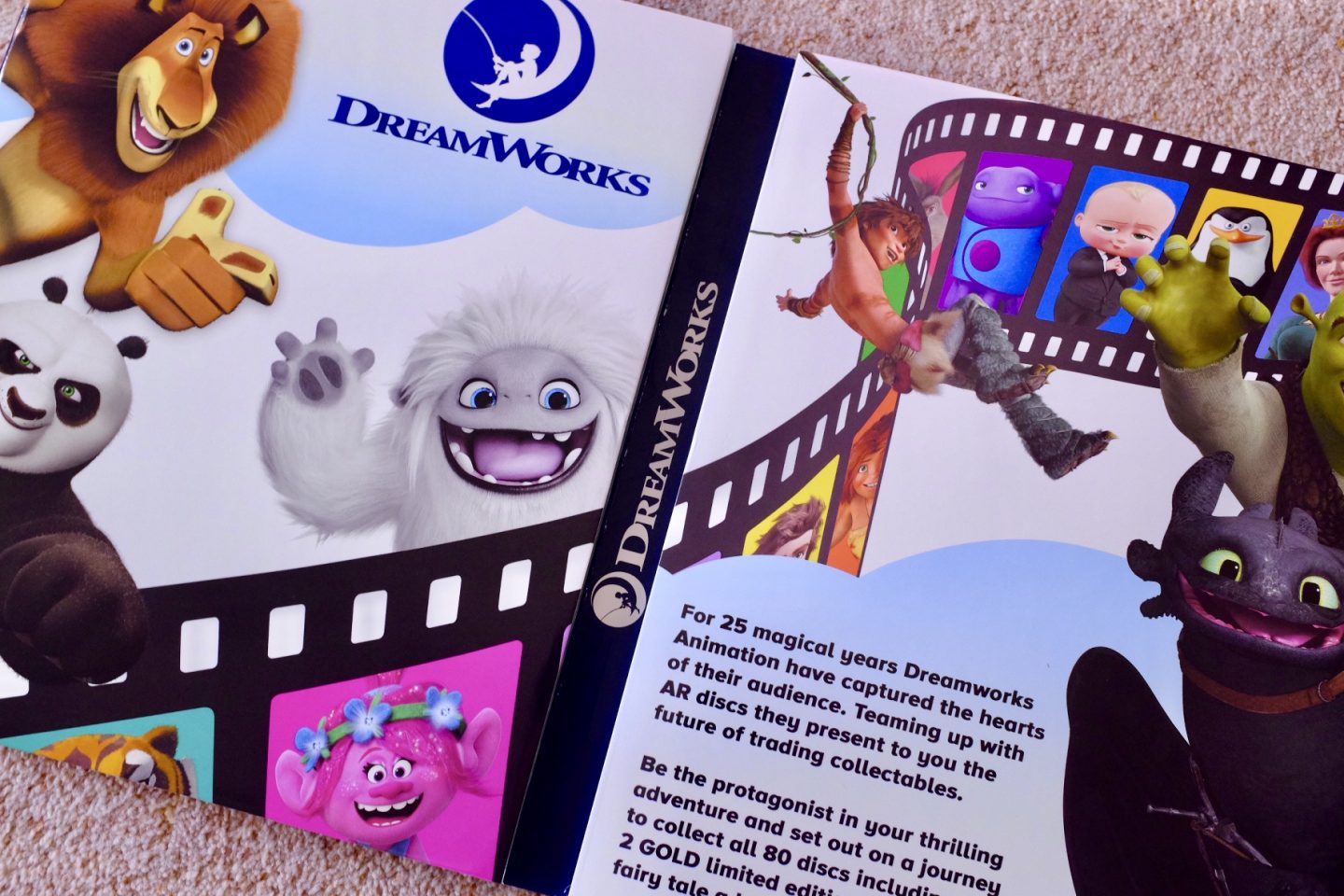 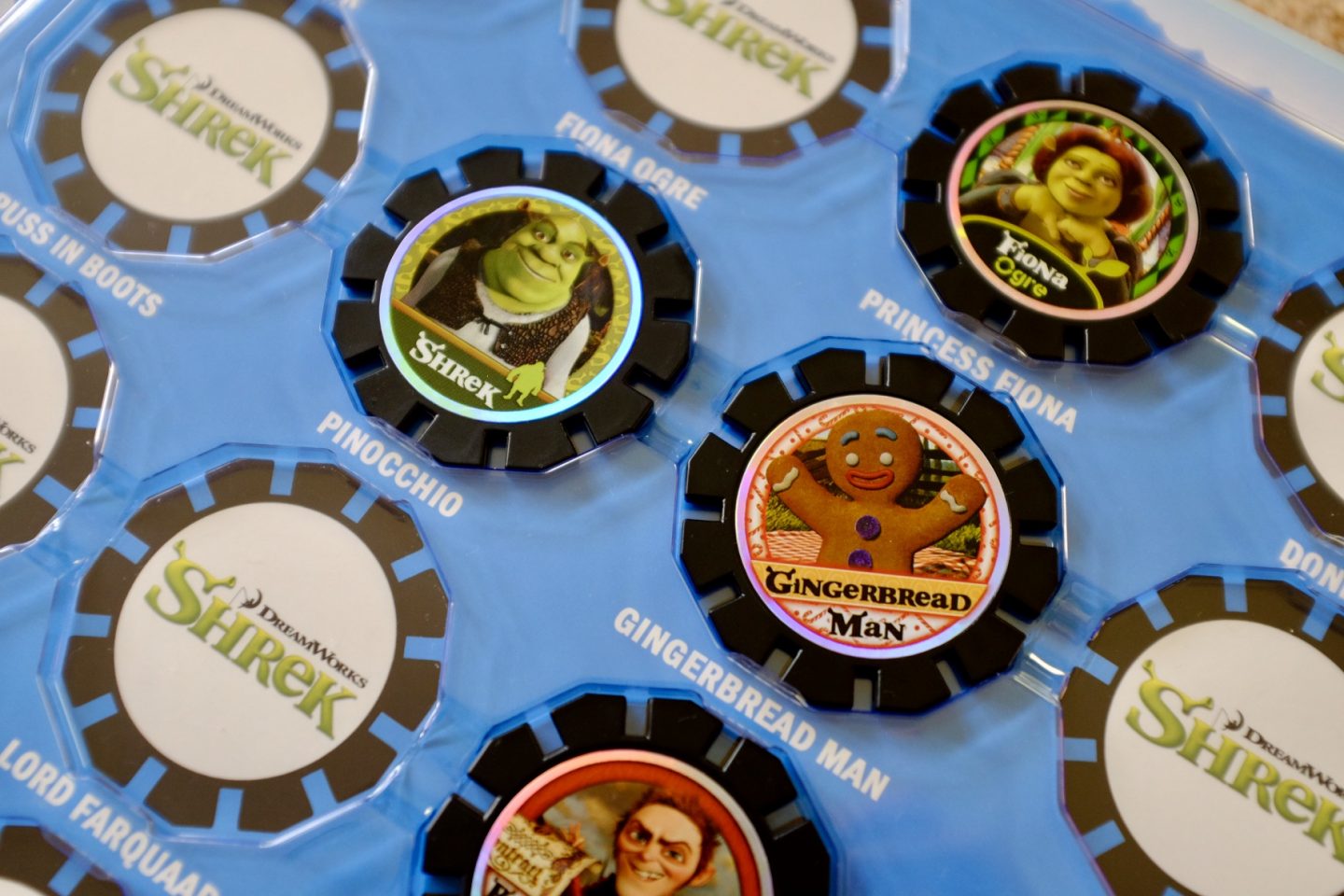 The process was really easy. First we downloaded an app on our phone. My daughter uses an old phone of mine, so we downloaded it on hers too. This is called AR Discs, as you can see below. That’s it! 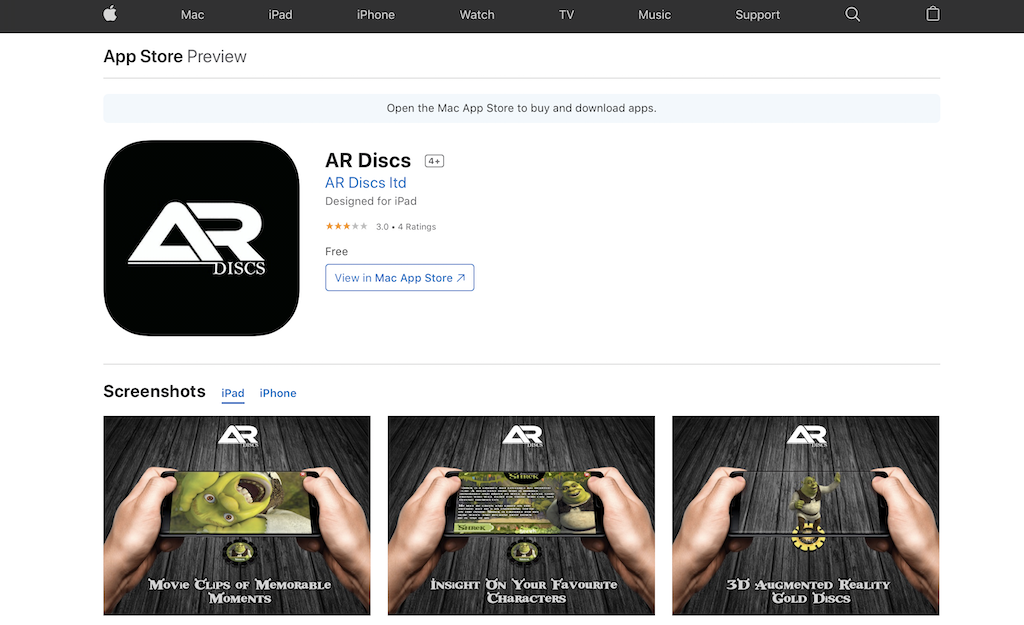 Testing Out the Augmented Reality Discs

The discs come in little packs and they did remind me of when I was a kid buying cards from the local shop. You don’t know which one you will get. 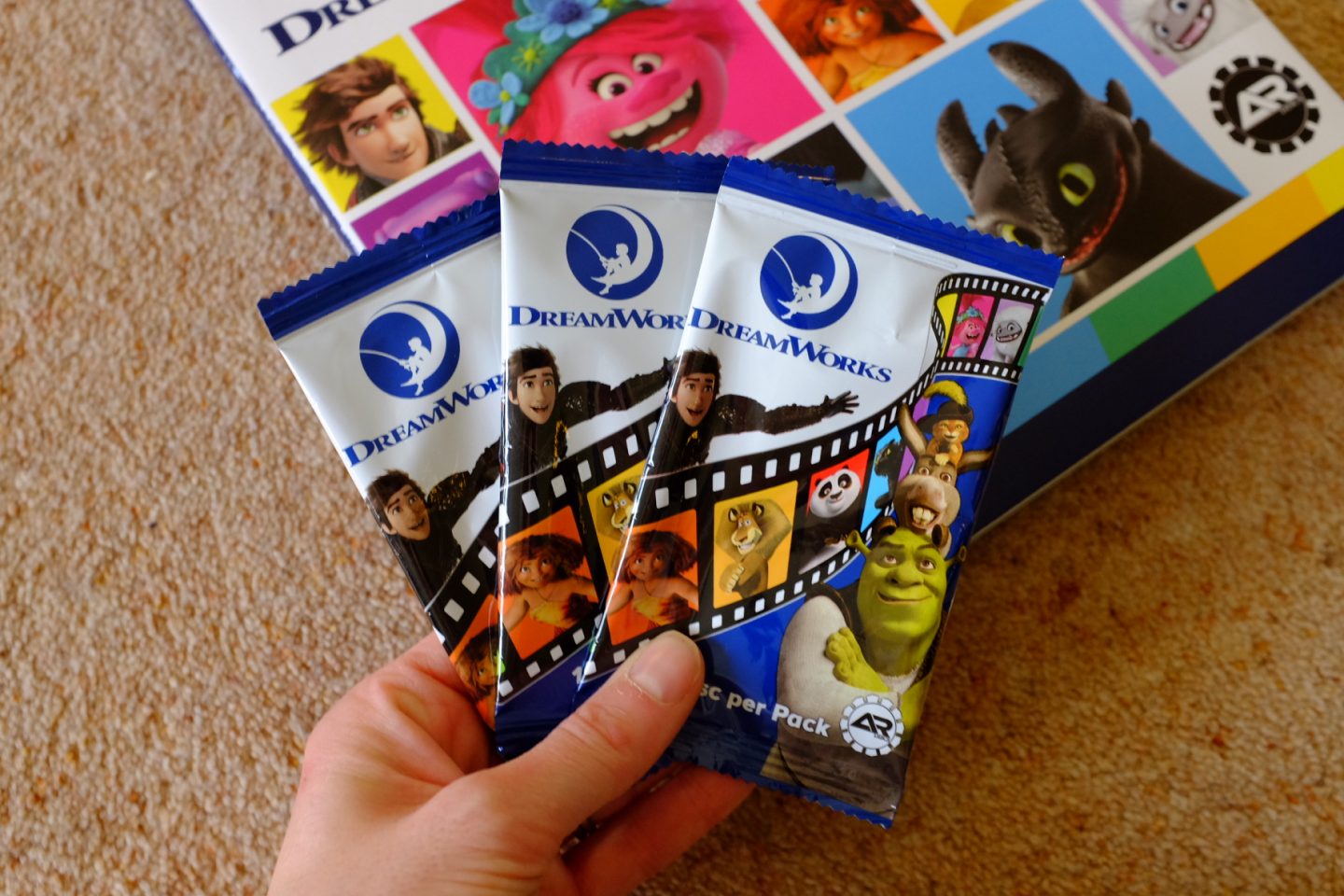 It was really easy. You open up the App and hold the disc under it. A little like the images above. They the disc transforms into a Movie clip with the character AR disc you are using or some insight into the character.

My eldest was fascinated! 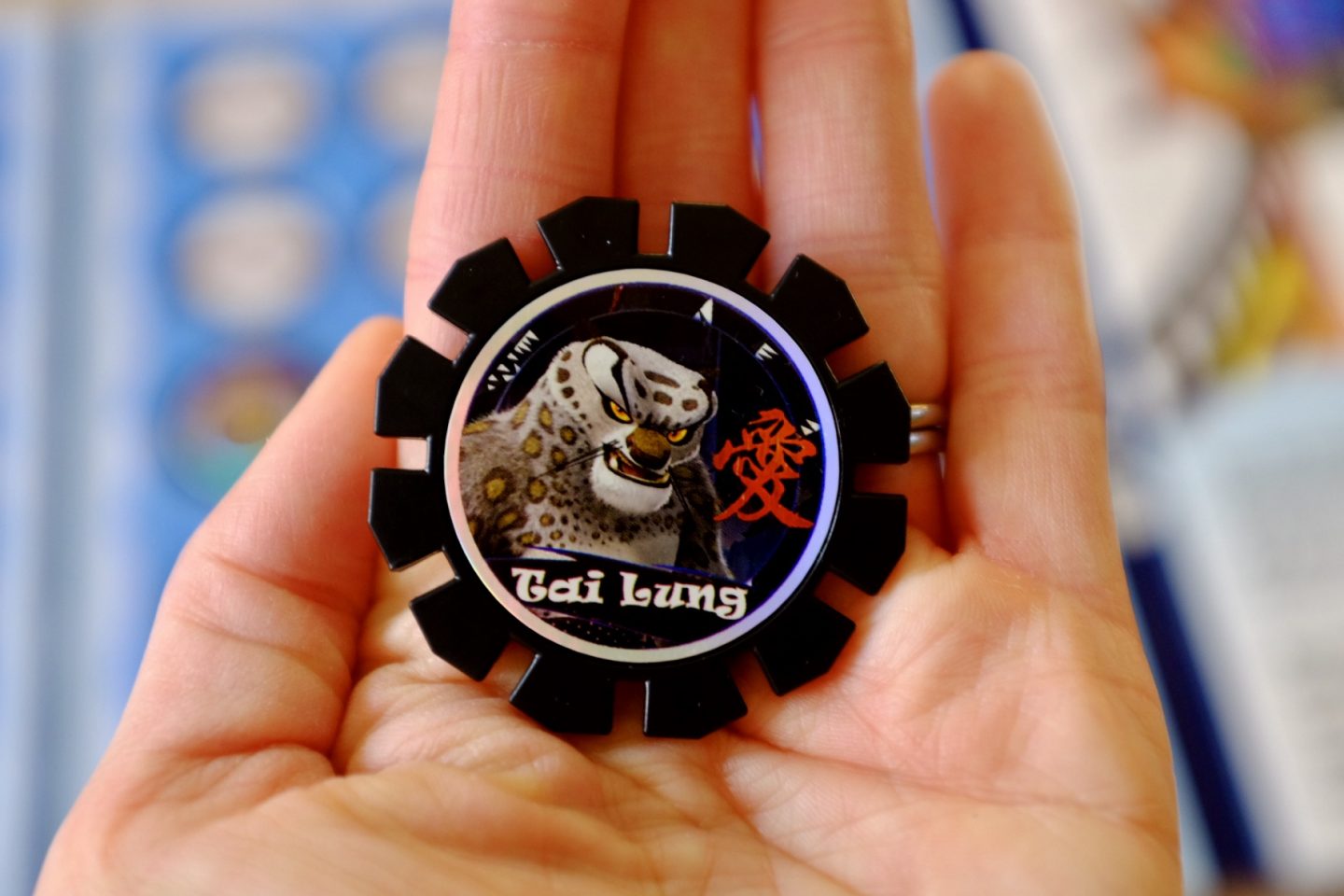 The closer you hold the disc to your phone, the bigger the video clip. So you can see below, the disc loading fills the phone screen, as the disc is pretty close to the phone. 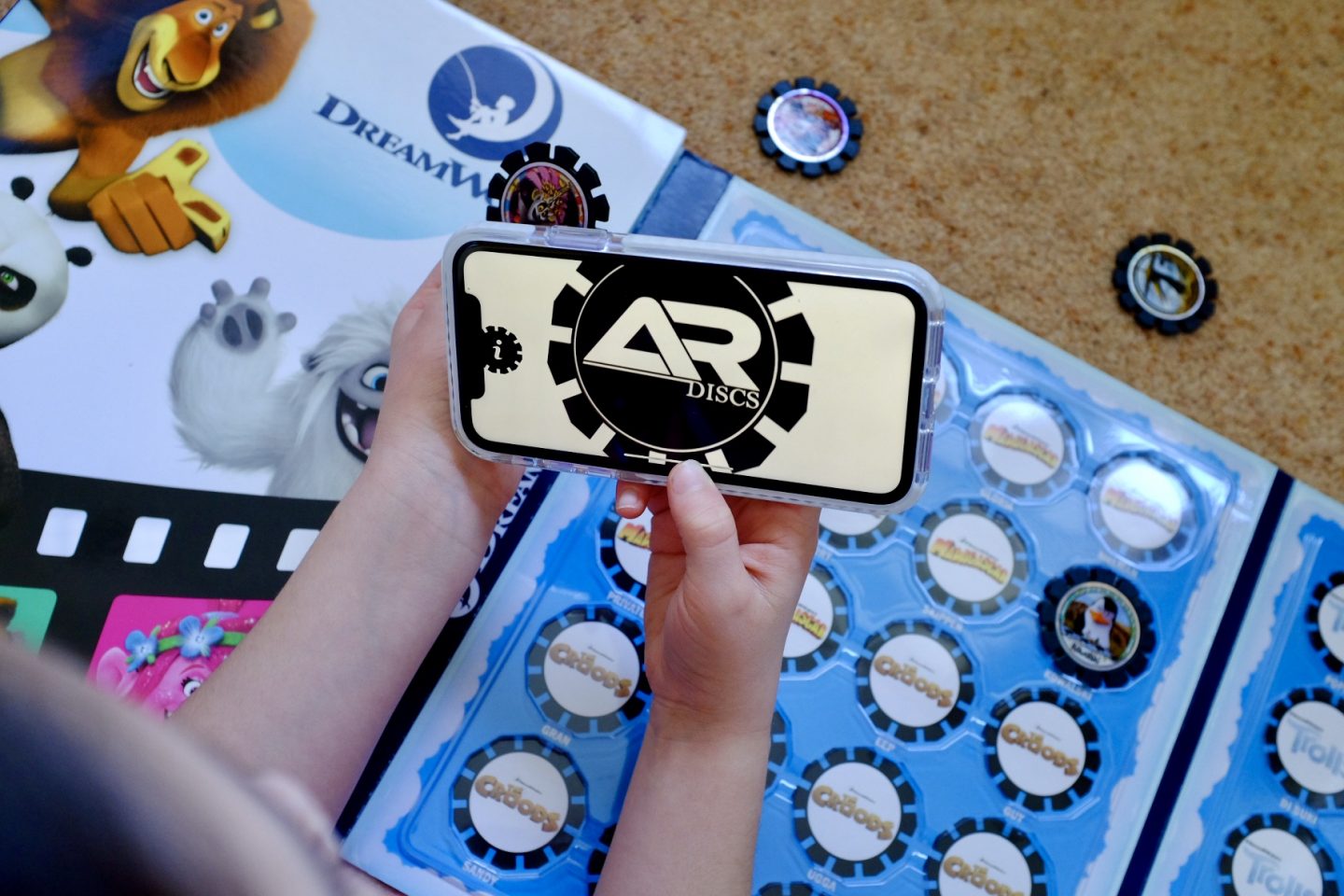 You can see below, as the disc is further away, the clip is smaller. 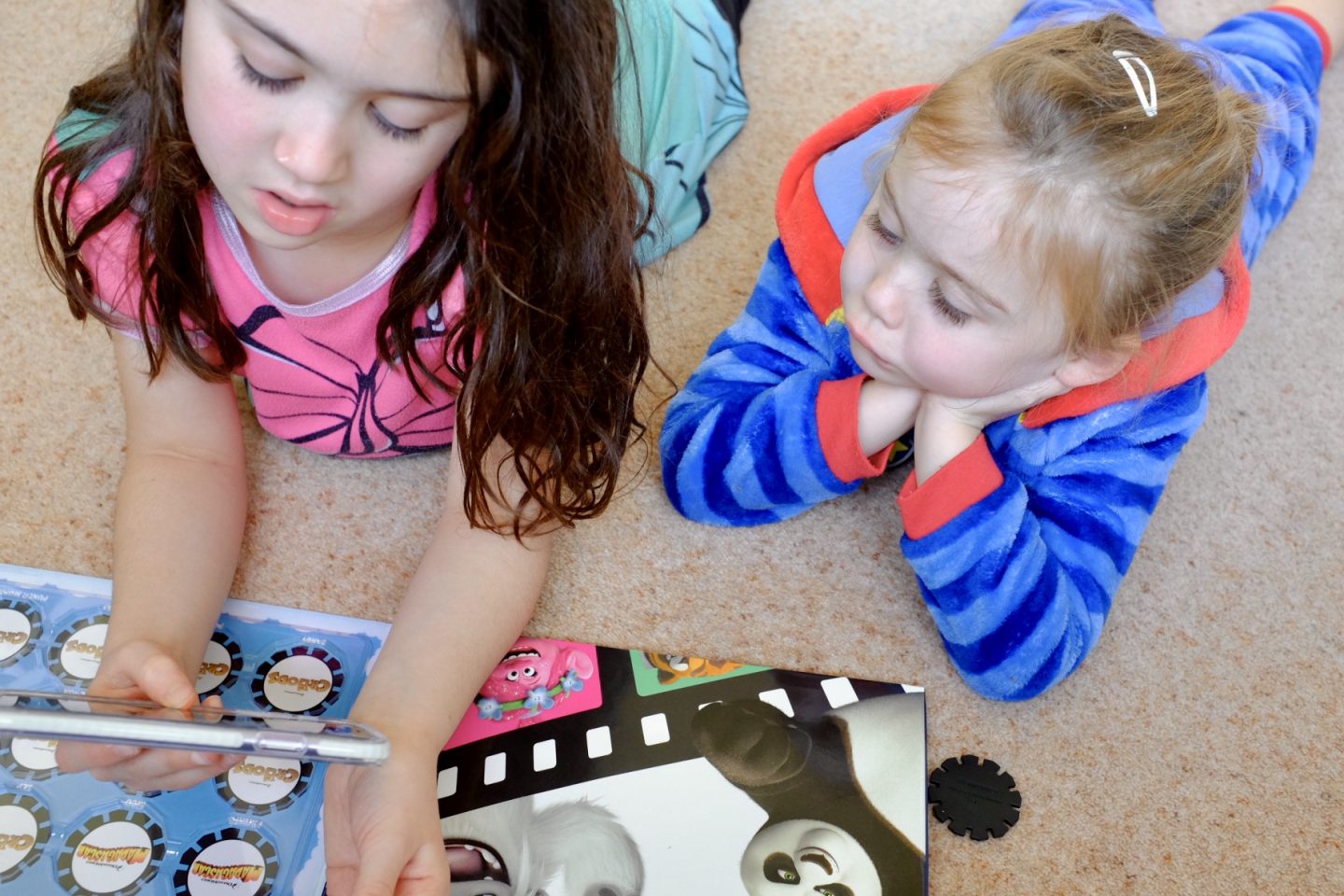 You can also use the discs to build cool constructions! You would of course need to have collected a good few to make a bigger design!!

I thought the AR discs were pretty cool! I like the way the combine both physical and virtual play. You have the almost “old fashioned” way of collecting and displaying the discs. I used to love trading with friends at school and the excitement of opening a pack to see what one I would get!! With AR Discs you have all this fun WITH the added bonus of the virtual element!

My girls have enjoyed them too, though I do keep finding the AR Discs all over the house!!

The AR Discs are very easy to work. I downloaded the app easily and you are ready to go immediately. There are no complicated instructions or problems that we ran into. The discs are aimed are children aged 6 years and over but my 4 year old could use the AR Disc app easily.

I loved watching the discs come to life on our phones. It’s like the mini videos all the kids watch on YouTube and really good fun. It brings a new, modern twist to kid’s collectables.

I would say the packs are not the cheapest, it’s £1.99 for one AR Disc and once you have a lot and are trying to get the final few, it could be a pricey experience!! Hopefully other children will be collecting these, allowing them to swap their doubles. Also once you have watched the clip once, that is it and it is quite short.

However, this is only a minor thing, as the collectable element of the AR Discs take over. Kids love to collect, swap and talk about collecting with their friends!

Overall, I was pretty impressed and I hope another collection comes out over time too! We knew a few of the DreamWorks films/shows but not all.

These little packs would make perfect little stocking fillers this year for Christmas too.

Thumbs up from us.

Disclosure – We were provided with this product, in exchange for an honest review. All thoughts and opinions are our own.