This is one of those posts I originally wrote more for myself. I didn’t think it would ever be something I publish but it was something I felt l I kind of needed to just write about. Writing is quite cathartic for me and although I don’t want this post to seem moany or negative, supporting a friend with cancer can be worrying at times. I’d never said anything. Probably not to anyone, apart from now in this blog post!

However, I sent this post to my friend who told me to post it, so it’s out there and I hope it helps anyone else who is or has been me for the last few months.

Supporting a Friend with Cancer

My friend was diagnosed with breast cancer over 6 months ago. I wasn’t told at the start; it was about a month or so later but the weirdest thing was I knew. I knew weeks before I was told. I remember pottering over to the house to drop something off and was met with two faces I will never forget. It was like a bolt from the blue but I knew something wasn’t right and for some reason I knew it was cancer. As the weeks passed, the amount of times my hand hovered over my phone to send a message was ridiculous. However, I didn’t. It was a bit later on, as I wandered into town with my little man, that I bumped into my friend. I saw her approaching me and still remember thinking, right, are you going to give me some bullshit small talk or tell me you have cancer? She did tell me I remember just feeling like, what? How? Even though I already knew.

I don’t know why that conversation hit me so hard but it really did. I guess your mind goes mad and you start imaging the worst and what you would do if it was you? I remember not being able to get my friend out of my mind and dreaming about her that night. I felt like I wanted to do something but I didn’t have a clue what. I’m a blogger. I spend a lot of time on social media. Perhaps the answer would be there? I remember googling what to say with someone with cancer. What help to offer. What to do. The issue is (for me anyways) is I panic a lot about saying the wrong thing. Social anxiety plays a huge part here but I do tend to open my mouth before I even think! There have been a good few times when I have been like what did I just say? Oh no! Usually to be met with what are you on about and don’t worry. This was usually over anything to do with hair or my appearance!

I had a really strong feeling, as well as knowing, that I wanted to help, almost I HAD to help. When I think back, I don’t feel like I did a lot. It was mainly childcare, checking in a lot and I guess just being a friend. I think that was enough but you always want to do more. Always. 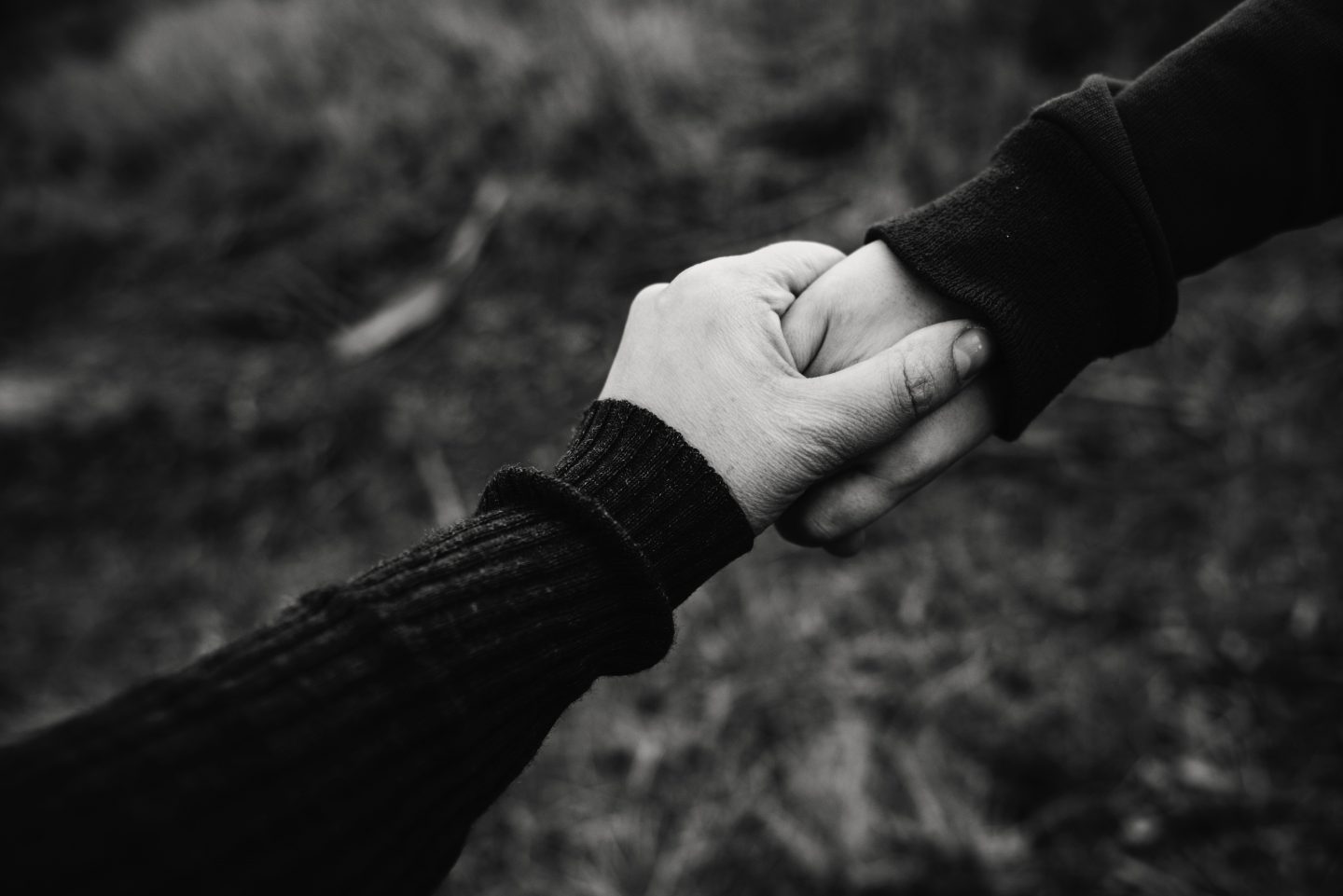 My friend and I were just that before all this. Friends who chatted about work and their kids now and then. Friends who were mega busy with life and crazy children. Friends not close friends, I would say. This has really changed over the last 6 months and it’s gone from two people who went weeks without speaking to now where I actually feel weird if we go a day without. Cancer definitely brings you closer together and I always wish this had happened in happier circumstances. However, getting closer, well for me, brings a lot more worry. I’m naturally a worrier. I naturally have anxiety and I think means sometimes you put yourself in someone’s shoes even more. I worried loads about my friend over the weeks. How the heck was she coping with all that treatment and side effects? Being at home during Covid. Working through it all. Looking after kids. Coping with the worry herself.

The thing was though, she wasn’t struggling massively. Ever, apart from a period towards the end of chemotherapy, I remember. My friend is a total machine and I genuinely know nobody stronger than her. I was completely blown away for the entire 6 months and started to realise, most of the time there was no need to worry (but I simply couldn’t stop). She was on my mind a lot and although I was told off for this and for getting upset on one occasion, that worry lingered a lot. She worked all the way through it, continued to be an amazing Mum, was a great friend to me and even shamed me by cooking us the most amazing food. I know everyone copes differently with cancer and any situation in life but I have never seen anyone cope so well, with something so tough, ever.

This means you learn quickly that everyone is so different. My friend always said to me you’ve no idea how cancer will affect you. I know I’d fall apart and I know so would many others but not everyone. I soon realised my friend wasn’t falling apart (or if she was, I never knew it).

I remember my friend texting me to tell me she needed chemotherapy, as she wasn’t initially sure and my heart totally sinking for her. I felt scared at the thought and it wasn’t even me who was going to have to go through it!

She was like a warrior though and highly amusing on steroids. I’ll never forget the day before each cycle, with tonnes of stupid selfies, food photos and so much silly banter, as the steroids not only boosted her appetite but gave her hilarious verbal diarrhoea! There isn’t a huge amount I felt I could do during those chemotherapy cycles though. You can’t fix it. You can’t take away feeling like shit for a week or so. Like I said, you want to do more but can’t. I just checked in, as often as I could, attempted to be entertaining sometimes(!) and offered to take care of her children.

I also learnt very quickly during this time that not all help will be accepted. I felt I went blue in the face offering childcare and support sometimes but I also soon learnt that what is needed will be taken and back off. Though, this is also hard when you could help daily if needs be. But it’s not about you.

It felt like 6 months did go ridiculously fast. Her treatment started in January and ended in June. Some of this was lockdown, where we were all stuck in not doing a lot but we were released and the time flew even more. I just continued to sit back and watch in awe as she ploughed through her radiotherapy, working, seeing me most weeks and just wanting it all to finish.

I remember only talking about death and dying once with my friend. This can make me feel uncomfortable. She brought it up. I remember having a lump in my throat but at the same time thinking again, it’s not about me. It’s about her and what she wants to talk about. I found a huge part of the last 6 months involved listening and more listening. So I knew at the time, just suck up my discomfort and let her talk. I actually afterwards was quite glad we did, as it gets rid of a huge elephant in the room that you feel you want to talk about but don’t at the same time.

I try not to think about it now. I’m not actually that worried. I guess that bad feeling I had 6 months ago, has gone. Maybe crazy to trust that but I always trust my gut.

I’ve found the hardest part now is stopping worrying about her now that it is all over. She is desperate to get back to normal and forget it all and I still have this crazy urge to be constantly checking in to see if she is ok. I know I need to back off and have literally made a conscious effort to stop messaging as much, just generally.

It sounds completely crazy but it’s felt like such an intense 6 months worrying about someone, it’s so hard to switch that off and forget. I feel like I’m still on high alert and I know it needs to stop.

I’m so happy everything is ok for my friend now and she is done. I feel like I’ve learnt so much from her about how I think about things in life, trying to relinquish some control and just about being happy.

I’ll hate the situation which gave me a new close friend but life is bloody weird sometimes and I’ve not got a clue why people are thrown together in crappy situations. The experience of supporting her has felt hard at times, which sounds selfish and insane when it wasn’t me going through it.

I’m just ridiculously proud of my friend and will admire her for a long time after this. Her strength and determination have just inspired me so much to be a stronger person and for this, I will always love her.