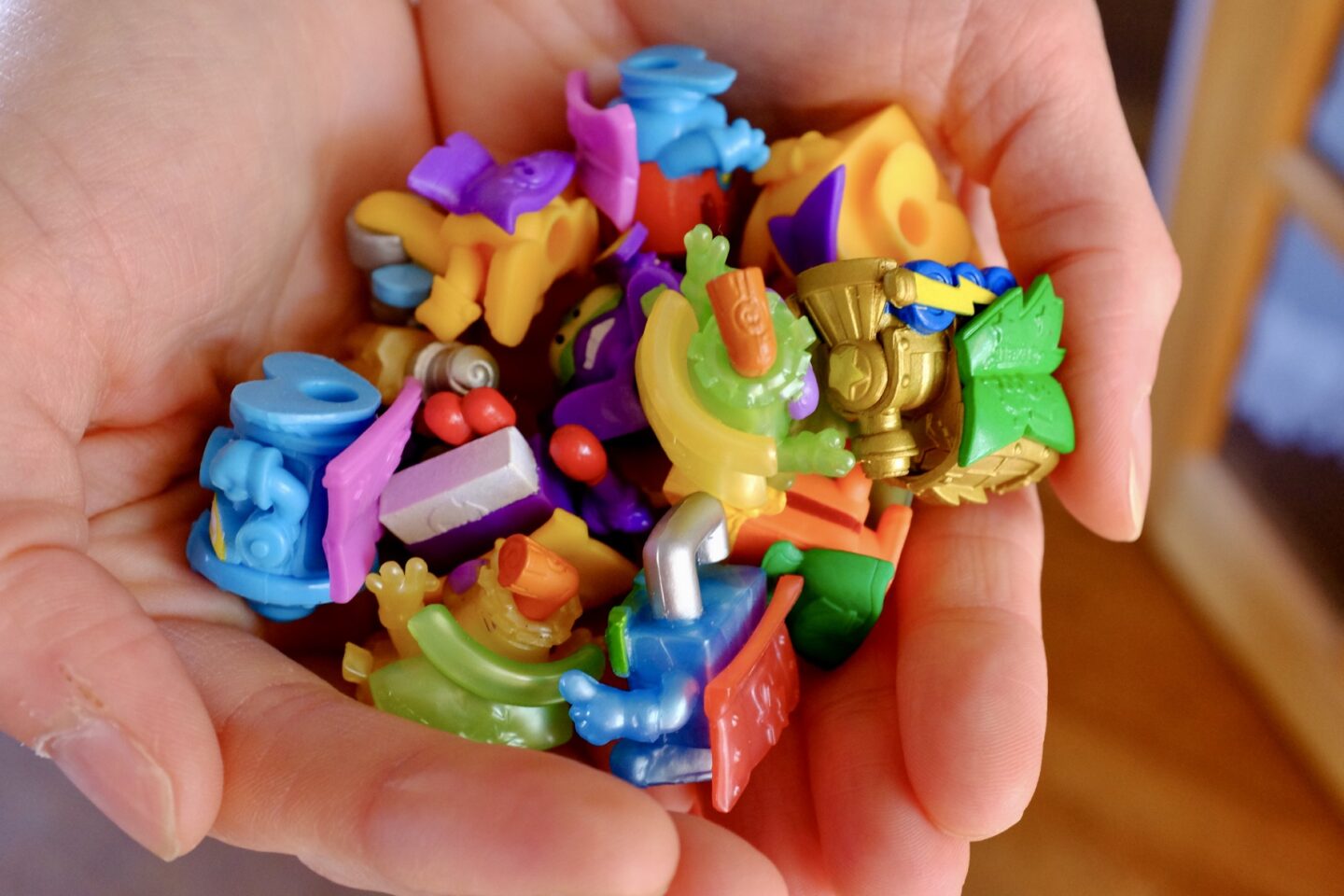 Your little ones will have fun creating chaos with the villains or saving the day with the heroes.

From Magicbox, these cool SuperThings keep on getting better! There have already been a Series 1-5, as well as named series such as Kazoom Kids, Secret Spies and Guardians of Kazoom. 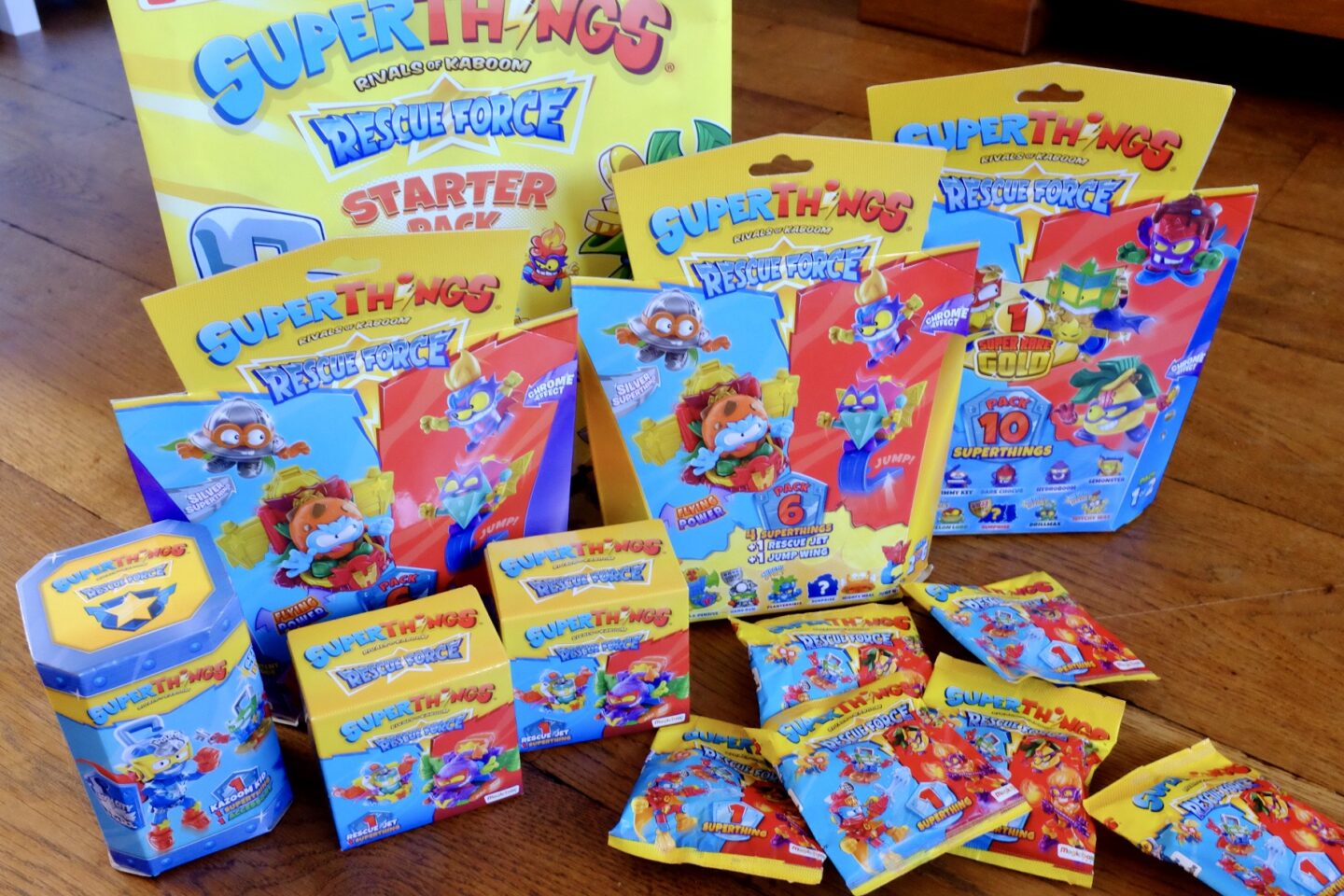 We were very kindly sent a variety of SuperThings in various pack sizes. These are available in The Entertainer, Amazon and local Tesco, ASDA and Co-ops

The SuperThings Rescue Force Series is available in individual bags, which are great for kids to spend pocket money on.

You can also find six packs which include 4 SuperThings, 1 Rescue Jet and 1 Jump Wing. You can see pictures below.

In addition for bigger finds, you can purchase 10 packs, which include 10 SuperThings. You can see what you will get on the box with this pack.

You can also purchase Rescue Jets 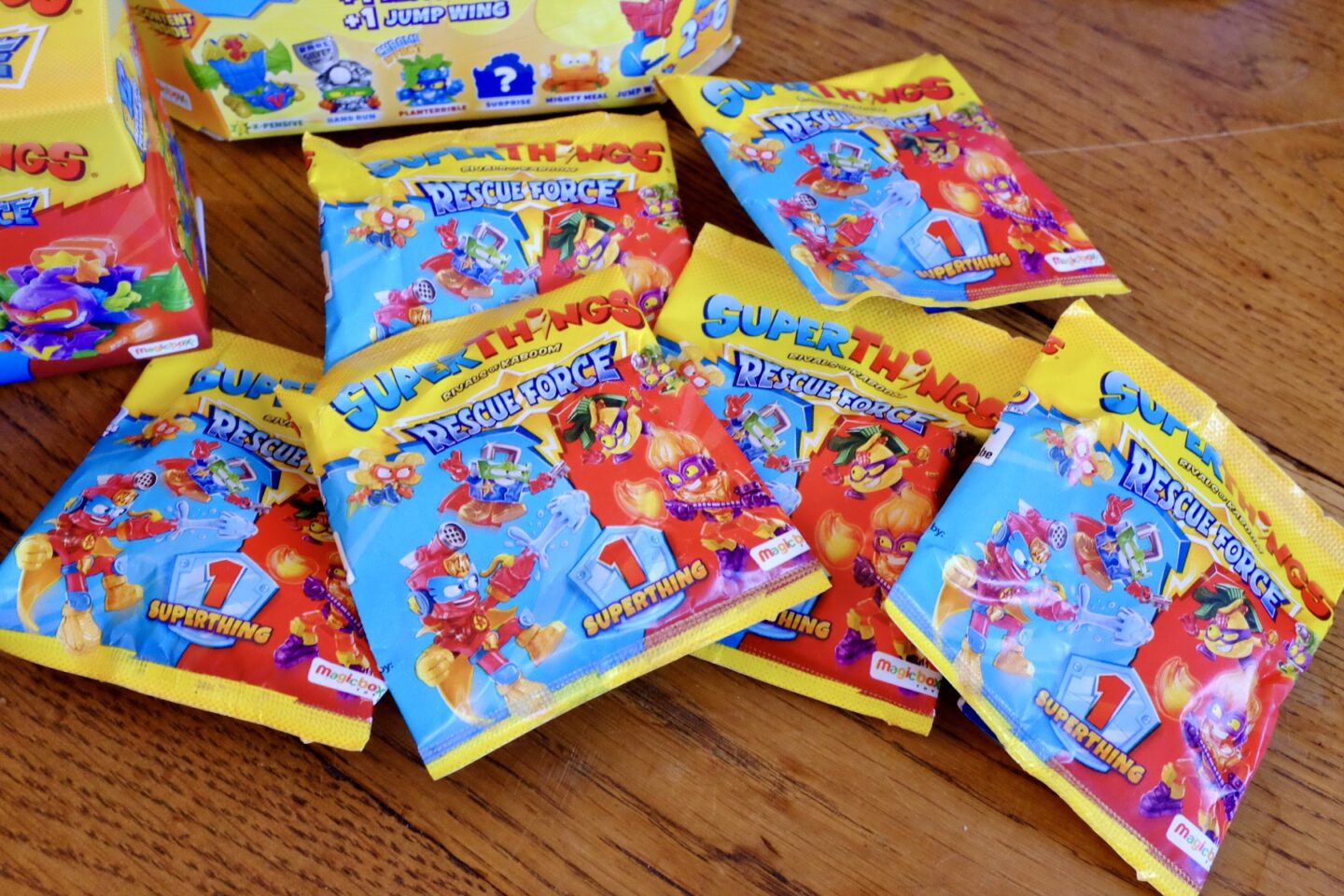 You can also find Kazoom Kids that retail at and include a Kazoom Kid, a Superthing and an accessory. 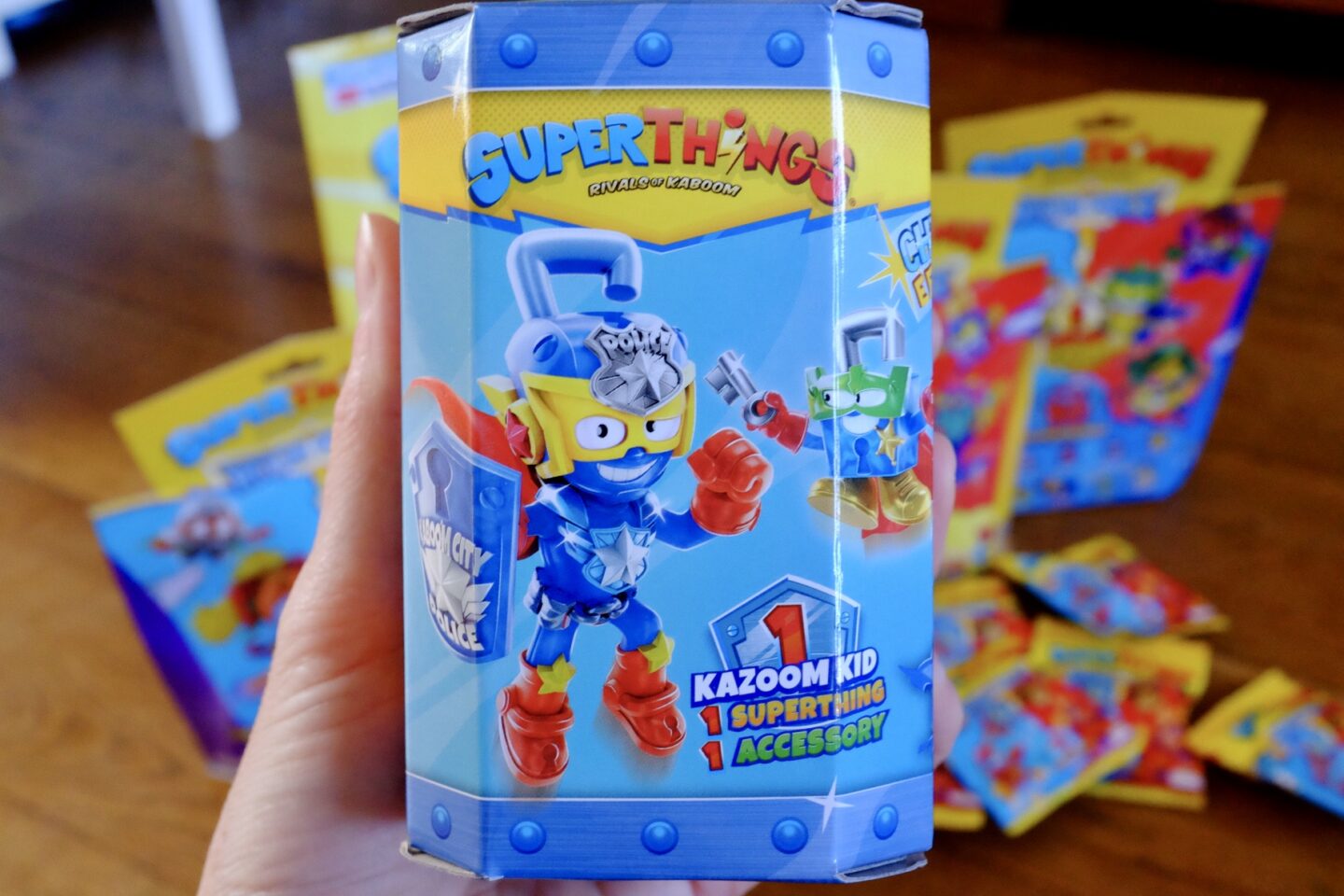 My younger two children had been champing at the bit to open the SuperThings Rescue Force Collection and as it was so warm we did take them into the garden.

It took me back to my childhood at school, swapping duplicates and seeing which characters I had in my collection.

The kids wanted to see which SuperThings they had. Of course they were looking for one of the two Ultra Rare ones. They opened up all the packs and laid out all their characters.

You can see from the pictures so really cool designs, really intricate fun characters. I did like the chrome effect that was part of this collection. 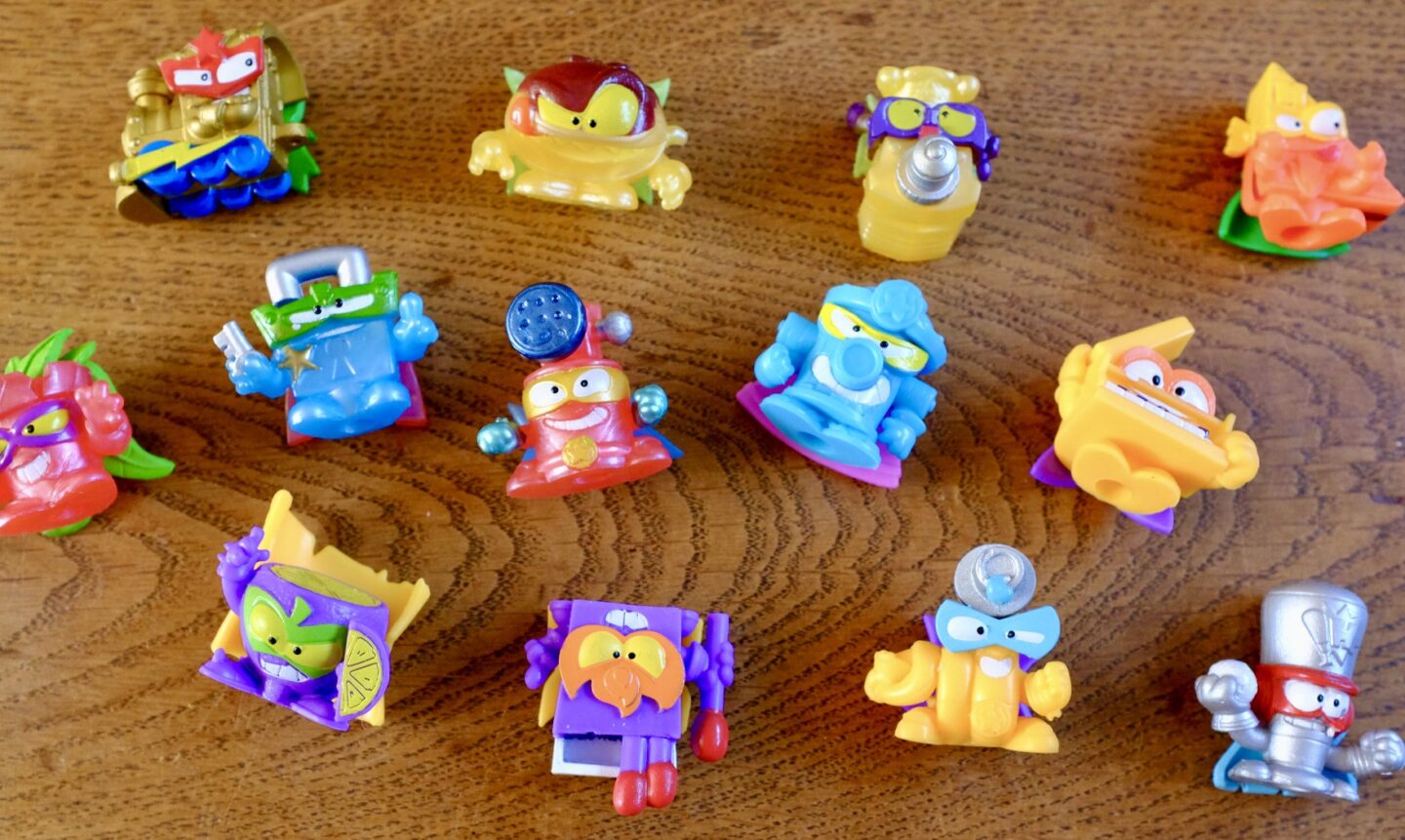 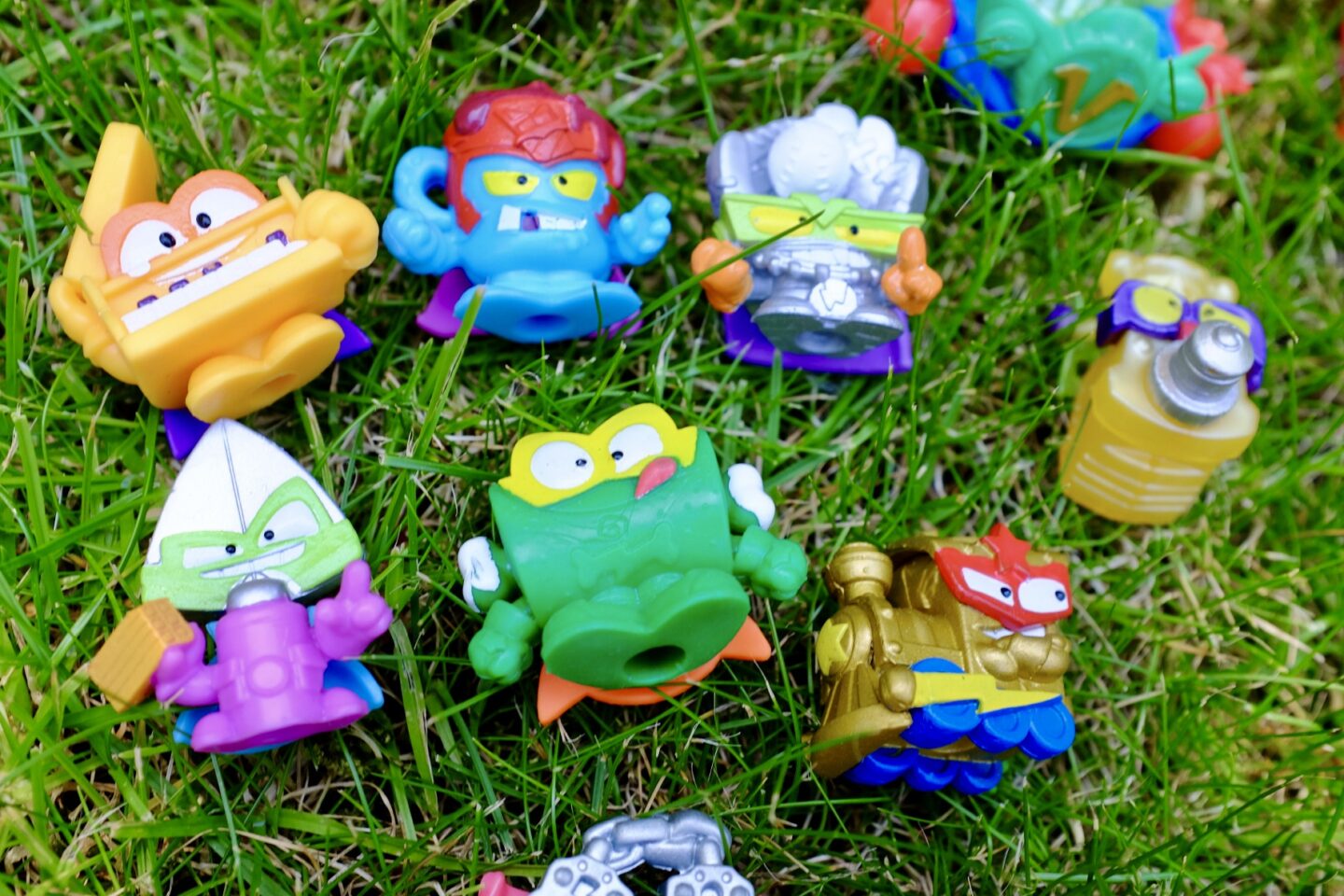 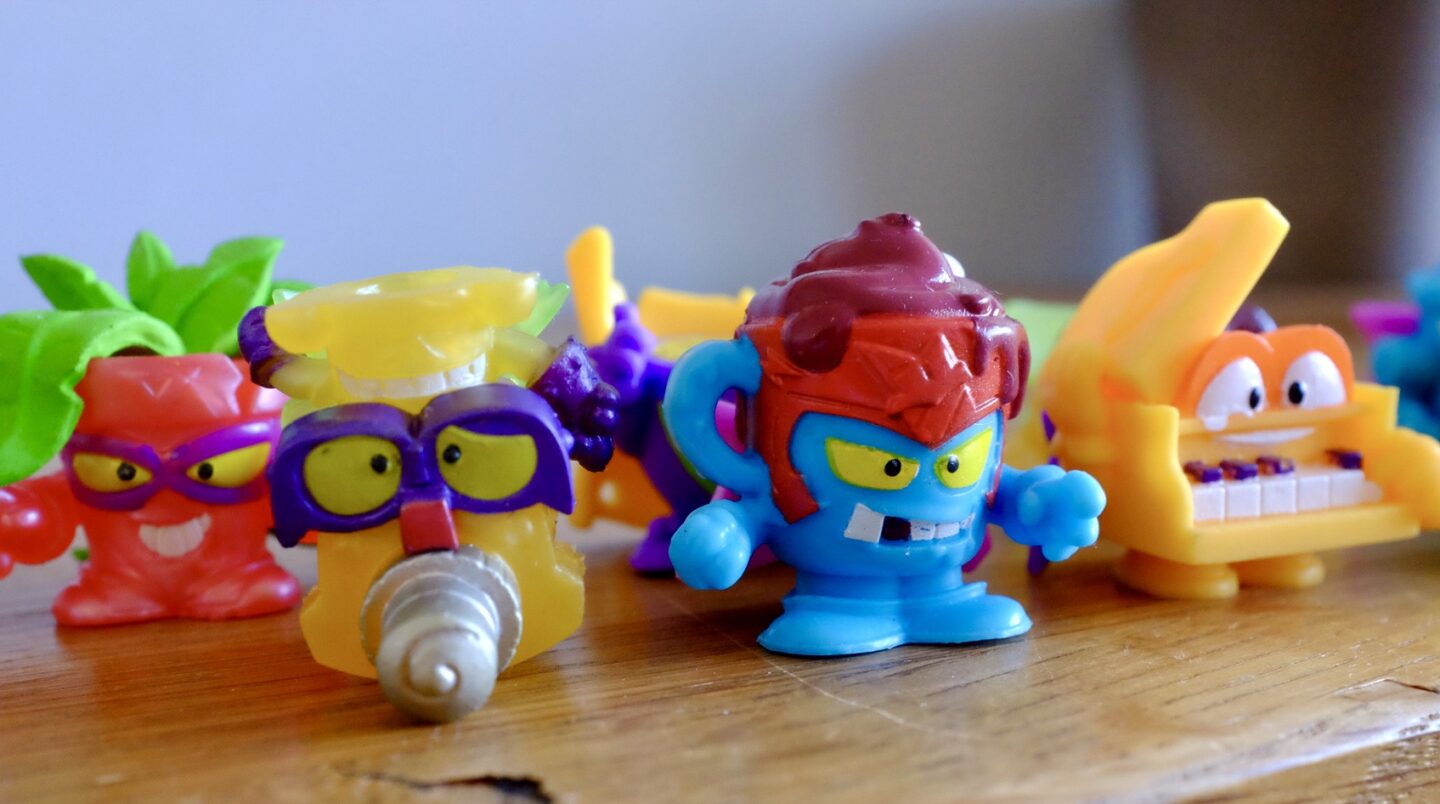 The image below shows one of the Rescue Jets, Kazoom Kids and Jump Wing, as well as some more SuperThings. 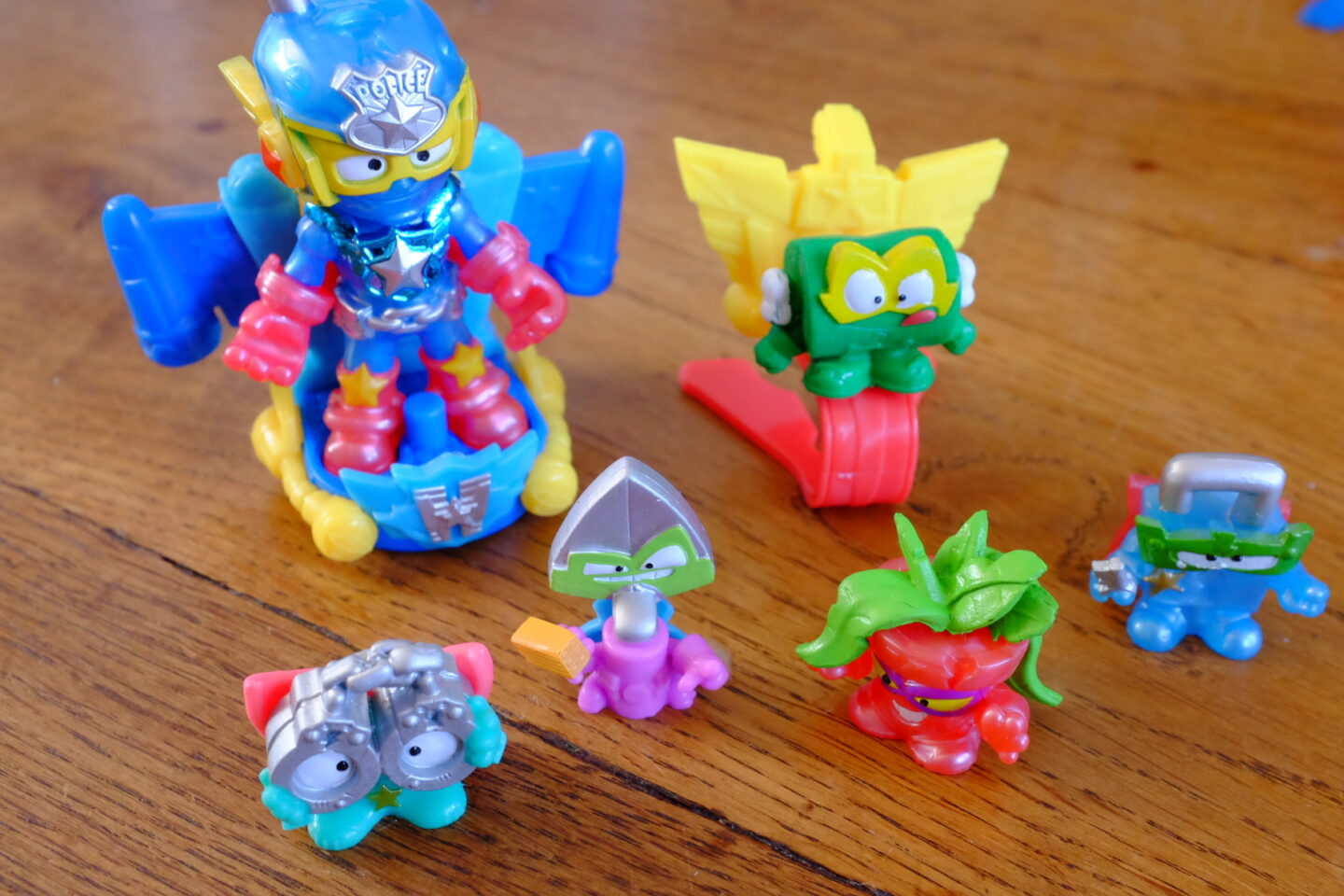 You can see below the SuperThings also fit on the Rescue Jets as well as the Kazoom Kids.

The Rescue Jets have a button to press and their wings extend too! 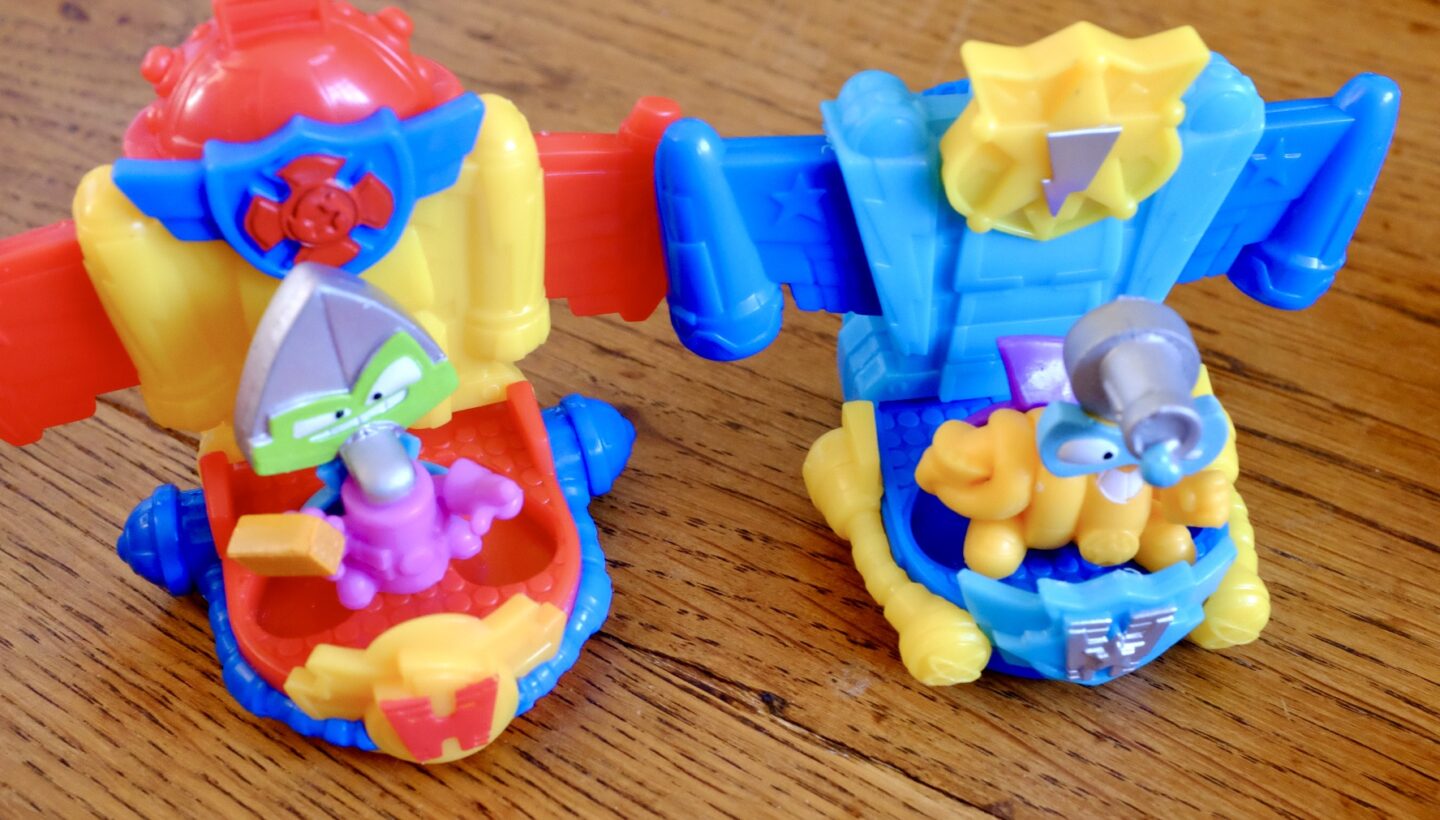 My kids took the SuperThings out into the garden and had some fun. My younger two kids are very good at playing together and started creating games immediately.

As with anything to unbox and reveal my kids were enraptured. They loved seeing what characters they had, seeing they had a rare on and looking at the special features. As my younger two are very creative, they always have loads of games and ideas of what to play and the SuperThings Rescue Force collection was great for that.

There are so supercool designs and characters. They are sturdy and not easily broken and very eye-catching.

I particularly liked the Kazoom Kids, as they characters were a good size and a cool designs. I liked how they fit onto the Rescue Jets but also you could use the SuperThings too. There is a vast range of combinations you could do too!

They are great as a reward gift for collecting kids, or a gift for a friend.

Overall a thumbs up! 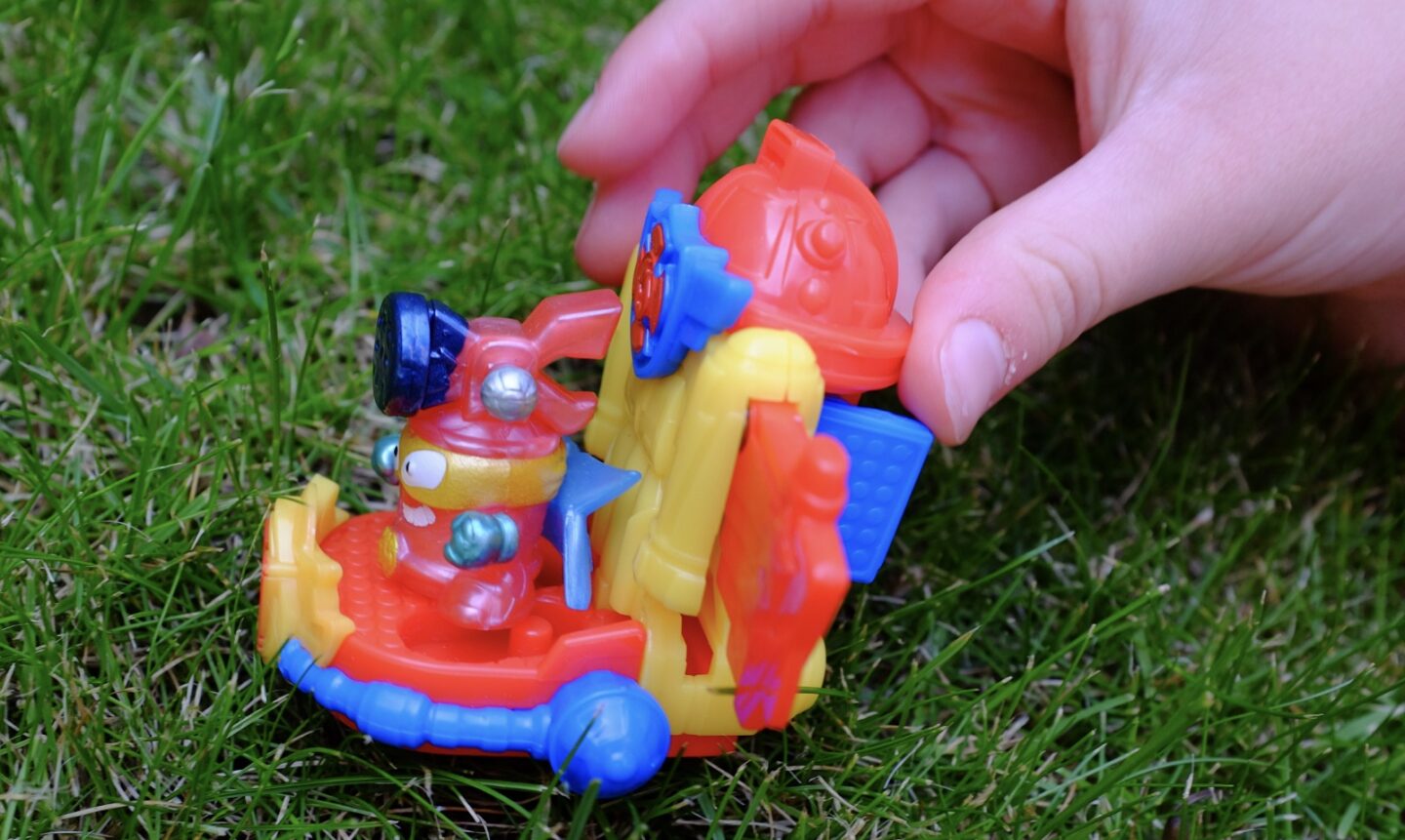 Would You Like to Win a £30 bundle of SuperThings including a starter pack, 10 pack and more?

Disclosure – we were provided with these products in exchange for an honest review. All thoughts and opinions are our own.