I think I must have actually been the only one on Easter Sunday. The only Mummy who didn’t let her daughter eat chocolate Easter Eggs at breakfast time.Well, I can’t have been but it felt like it! The whole of my social media was full of it. 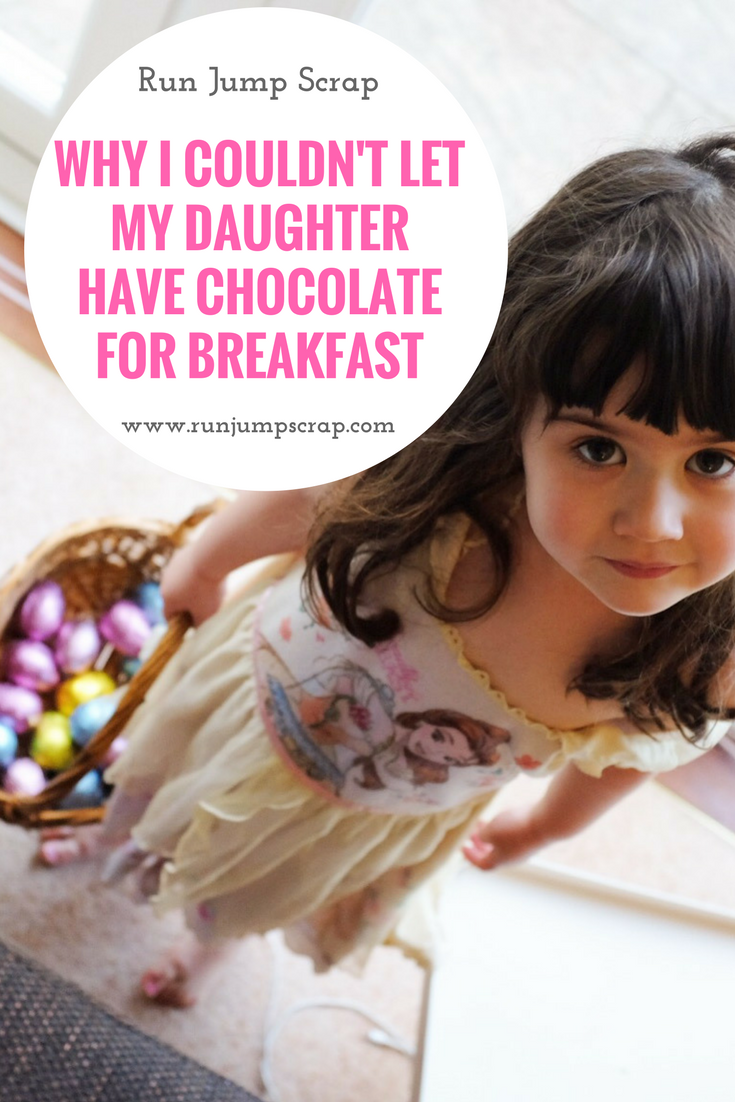 I just couldn’t do it. It may have been my Dietitian brain kicking in thinking it’s just plain wrong! Breakfast is cereal and toast not a bag of Mini Eggs. It also may be me doing what I did as a child; I would have never been allowed to open my Easter Eggs until mid afternoon and this was providing I had eaten all my lunch first. I used to have friends who admitted to eating a whole egg as well, including all the additional sweets inside. This was just so alien to me; I was allowed half an egg or the sweets and that was that. I was happy and my eggs lasted until June. Was I treated a bit harshly? I’m not sure. You never know what is classed as “right” as a parent. Often, only what is normal to you.

I know Easter is only just once a year and of course chocolate for breakfast is something that only happens just once a year. I can hear the “come on, live a little”! Mummy’s all over are not going to start giving chocolate eggs on toast as a standard start to the day. Despite this, I just couldn’t bring myself to let my gremlin have anything until later on in the day. She wouldn’t eat her lunch, she may have puked and the thought of that amount of fat and sugar entering her little system in one go was just a big fat no no.

I get a lot of stick for this now, actually from the people who lay down the law to me; my parents. They were dying to let my gremlin have some chocolate on Easter morning. Must be a grandparent thing as this was a massive no to me and my brother.

I think it’s the right decision but maybe because I have quite a good attitude to sweet treats. I have something nice everyday; maybe a small amount but still something. I’ve never been one of those people who denies them self chocolate but then binges a few days later. All about moderation. A treat always has to be after my main meal too. Is this from when I was younger? I was never denied sweets and chocolate but always in small amounts and always after 3pm. I used to watch the clock tick around excitedly. Still remember it now.

So I may be the boring Mummy, the strict Mummy, the healthy Mummy. I’m not sure but one thing is; she won’t be getting her chocolate eggs for breakfast whilst I’m in charge.

What do you think? Mean? Or right? I’d love to know