There are those of you who may think why even write this post? A Holiday can be once a year and stuffing yourself, gaining a stone and working hard to lose it afterwards is just part of holiday territory. 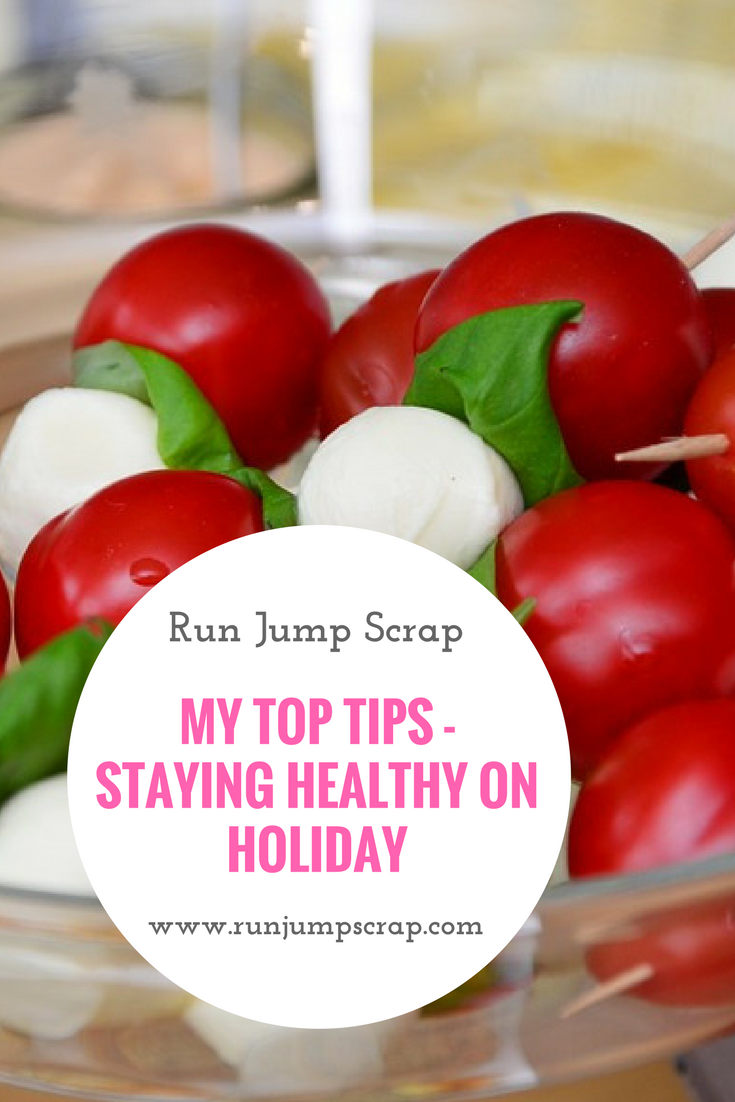 But for others, me included, it’s nice to have a bit of the home healthiness. I want to enjoy myself but not cry when I’m trying to fit into all my clothes when I get home!

So what do I do to enjoy myself but not go crazy?

Here are some of my tips:

1) Breakfast – wow!! Our’s were brilliant. I could and perhaps did go insane but tried to limit it. Always include a good source of protein to fill you but pick little bits if you having more than once course (which you do!) I tended to start with melon and a bit of grapefruit, a few walnuts and a small blob of yoghurt. Then I’d have fried egg, 1 rasher of bacon and a small scoop of beans. I avoided the pancakes and waffles but did have bread, butter and jam afterwards. If you are being really good – omit that bit!!

2) Avoid snacks between meals if you can unless fruit. I stuck to this in the morning and usually lasted a good 4 hours with nothing after my brekkie. However, afternoon was harder as they served tea and cake at 4.30pm! I usually had a bit of fruit and cake with a cuppa. It was hard as food and ice cream was on tap 24/7. The gremlin soon got in the habit of having a mid morning cheese, ham and butter roll. We never knew if she was really hungry!!

3) There really is a lot to be said for a little bit of everything. At mealtimes there was so much choice but I found the best thing was to half fill my plate with salad and veg and then have small bits of what I wanted to try – usually meat or pizza or stews. This worked and I wasn’t overly full.

4) Desserts! Similarly there was so much choice and of course you need to indulge but I found having a small plate with fruit and picking one or two small things to try worked best. I enjoyed the mousses the hotel did and the large profiteroles. 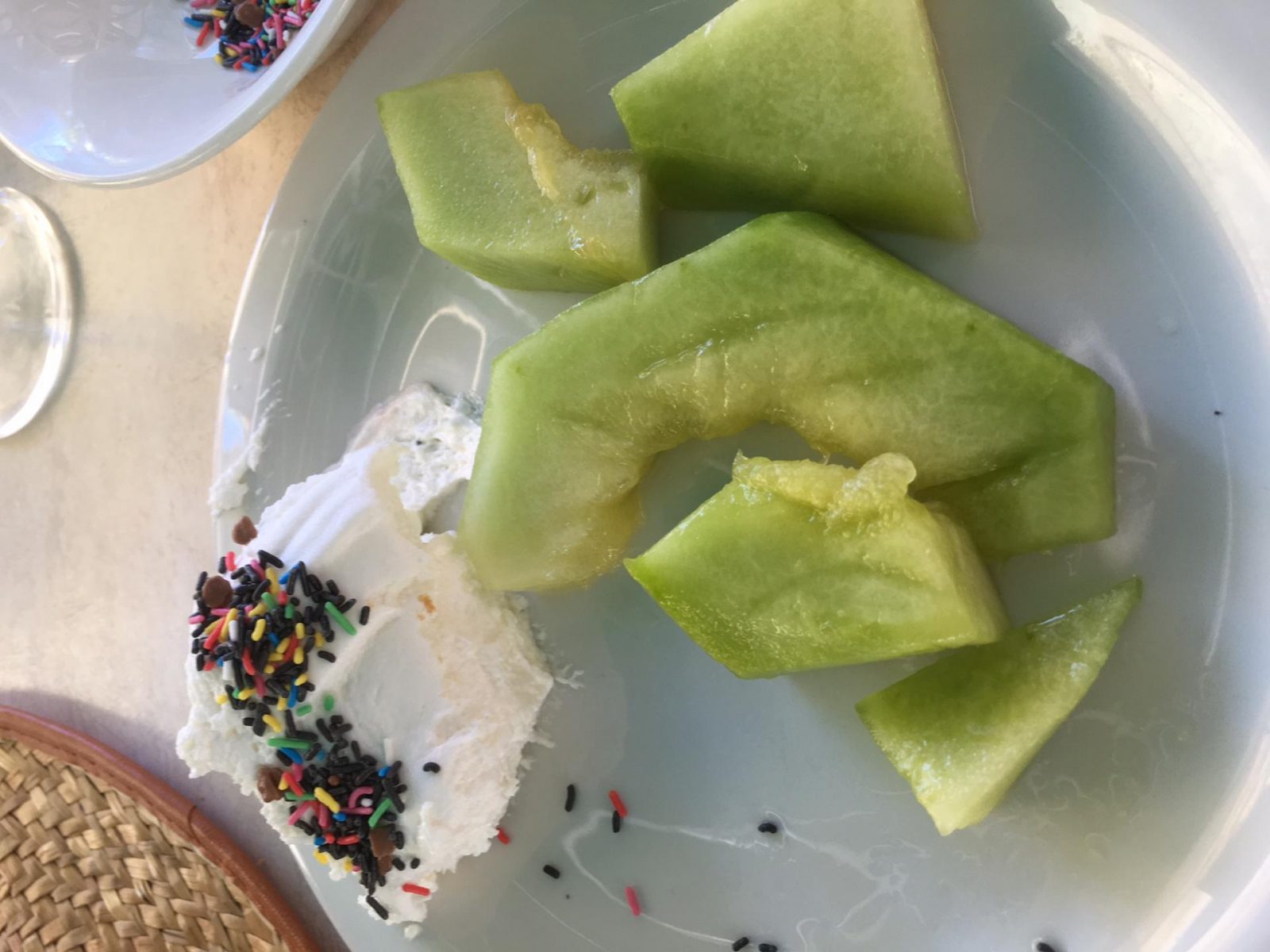 5) Drink lots of water. For one thirst can be confused with hunger and also because it is the healthiest thing to drink! I of course, was limited to no booze but the soft drinks were loaded with sugar and I mean loaded! Slushes, fizzy drinks, syrupy cocktails, milkshakes and juices. I tended to only drink water, Diet Coke and a small amount of tea. Even if I was off the wagon I knew I would have only had wine and spirits with diet mixers, unless we paid for cocktails out of the hotel. I had a fab Virgin mojito and daiquiri which were delicious and refreshing when we went out. 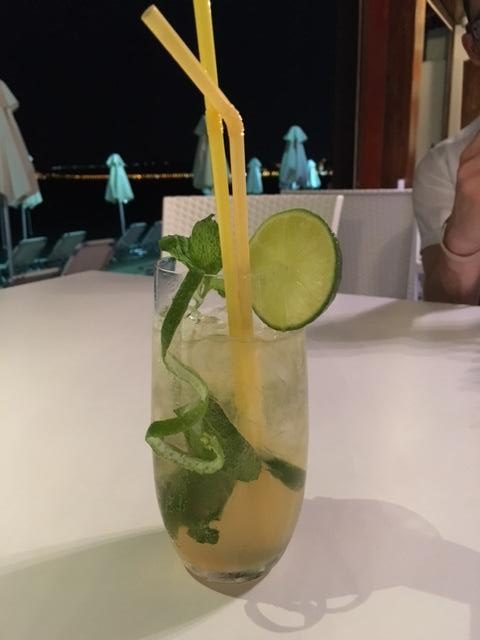 6) Get moving! I have never been in a hotel where so many people got in the pool and did the aqua aerobics before lunch! It was fab. Walking was harder due to the heat but a swim, early morning walk or run and general playing about in the pool is better than sitting all day long. 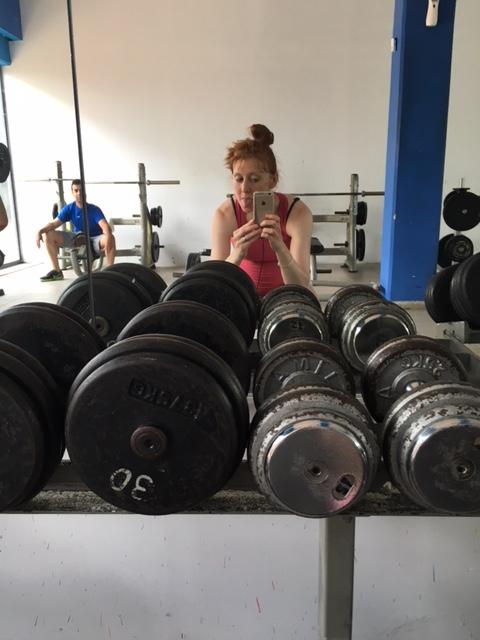 7) Perhaps not belly related but look after your skin. Lots of high factor suncream, a hat, sunglasses and a cover up. It is the worst thing getting a bad burn or sunstroke, as can really put a dampener on the trip and have long lasting effects.

Of course a holiday is for fun! There is often so much choice, yummy foods and drinks but a little bit of thinking and few tricks can really result in some damage limitation!!