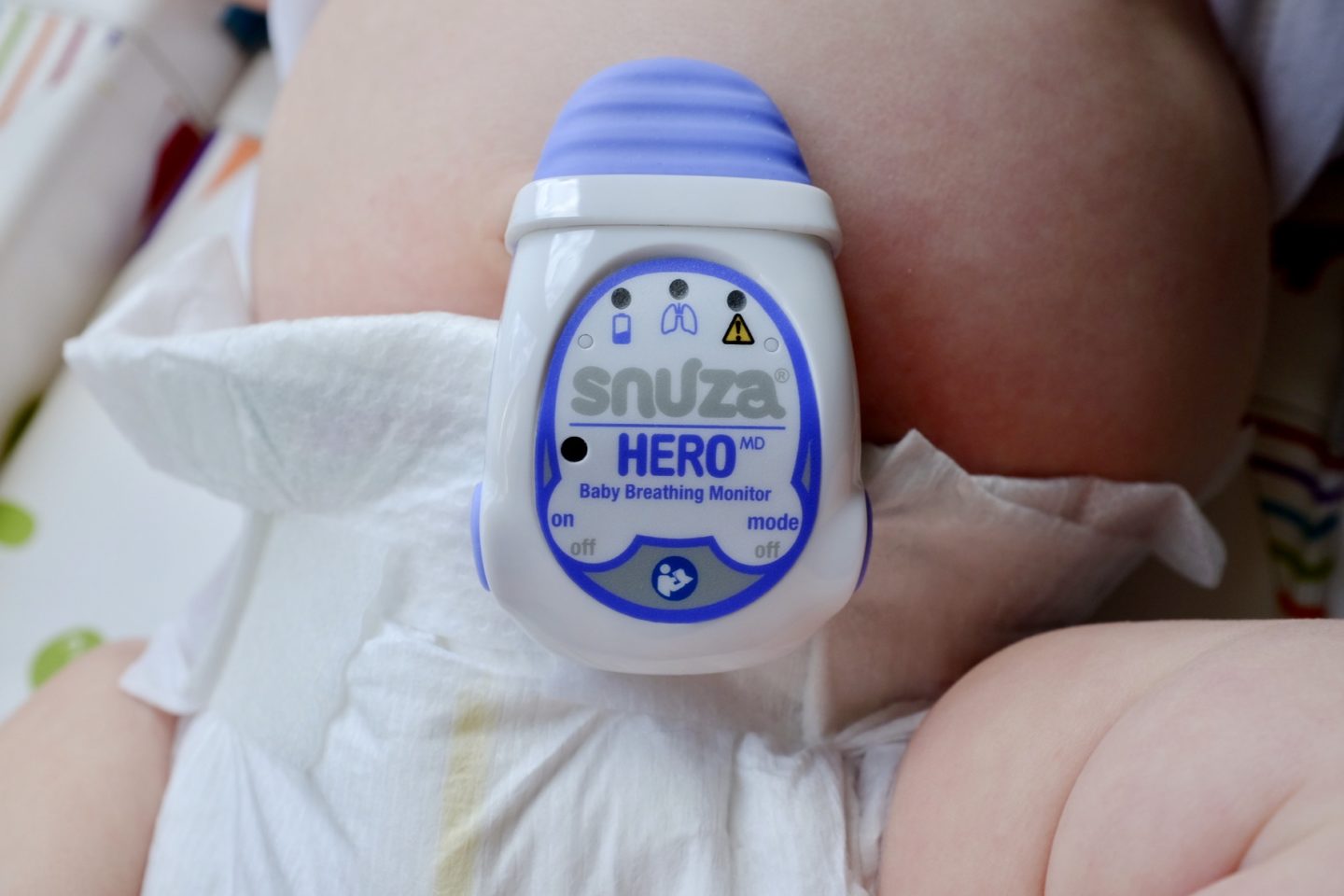 AD – Having a new baby can be pretty scary. Why are they always crying? What do I dooooo? Are they asleep? Are they breathing? I know I used to go and check on the gremlin a lot and even now, I check on the little guy when he has been asleep for a while. You do just worry. With the gremlin and Piglet, we used to have a baby monitor with a breathing sensor mattress but we don’t have this anymore. Currently we are not even using a baby monitor and we have started to put the little guy up to bed earlier, so we can have some adult time downstairs. This does mean listening out and often nipping upstairs now and then to check the little guy is still ok. When I was offered the chance to review the Snuza Hero Portable Breathing Monitor I was intrigued. 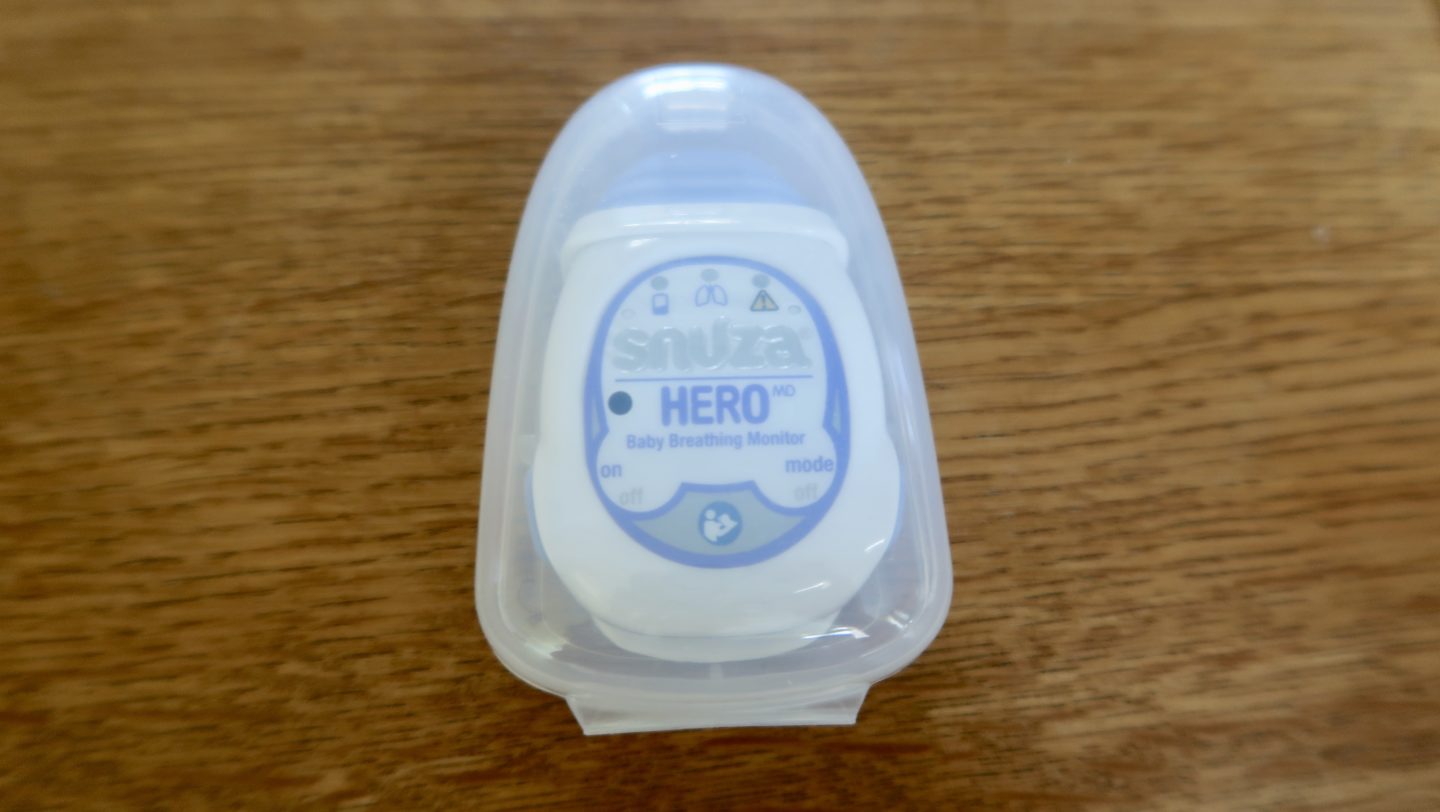 The Snuza Hero Portable Breathing monitor is small and clips onto the front of your baby’s nappy. It is a certified medical device that monitor your baby’s breathing and will alert you if it stops. It is currently £79.99 on Amazon.

You get an alert if your baby’s breathing is 8 per minute or less and there is a vibration stimulus for baby if breathing stops for 15 seconds. The alarm then sounds another 5 seconds later if there has been no breathing.

The instructions are very good, so I won’t spend the whole review repeating them but basically you switch on the monitor on a flat surface. After the product has checked the battery and performed a sensor test, it is ready to use. You clip the monitor onto your baby’s nappy and ensure the breathing sensor (which us the purple bit on the top of the product) is touching your baby’s tummy. 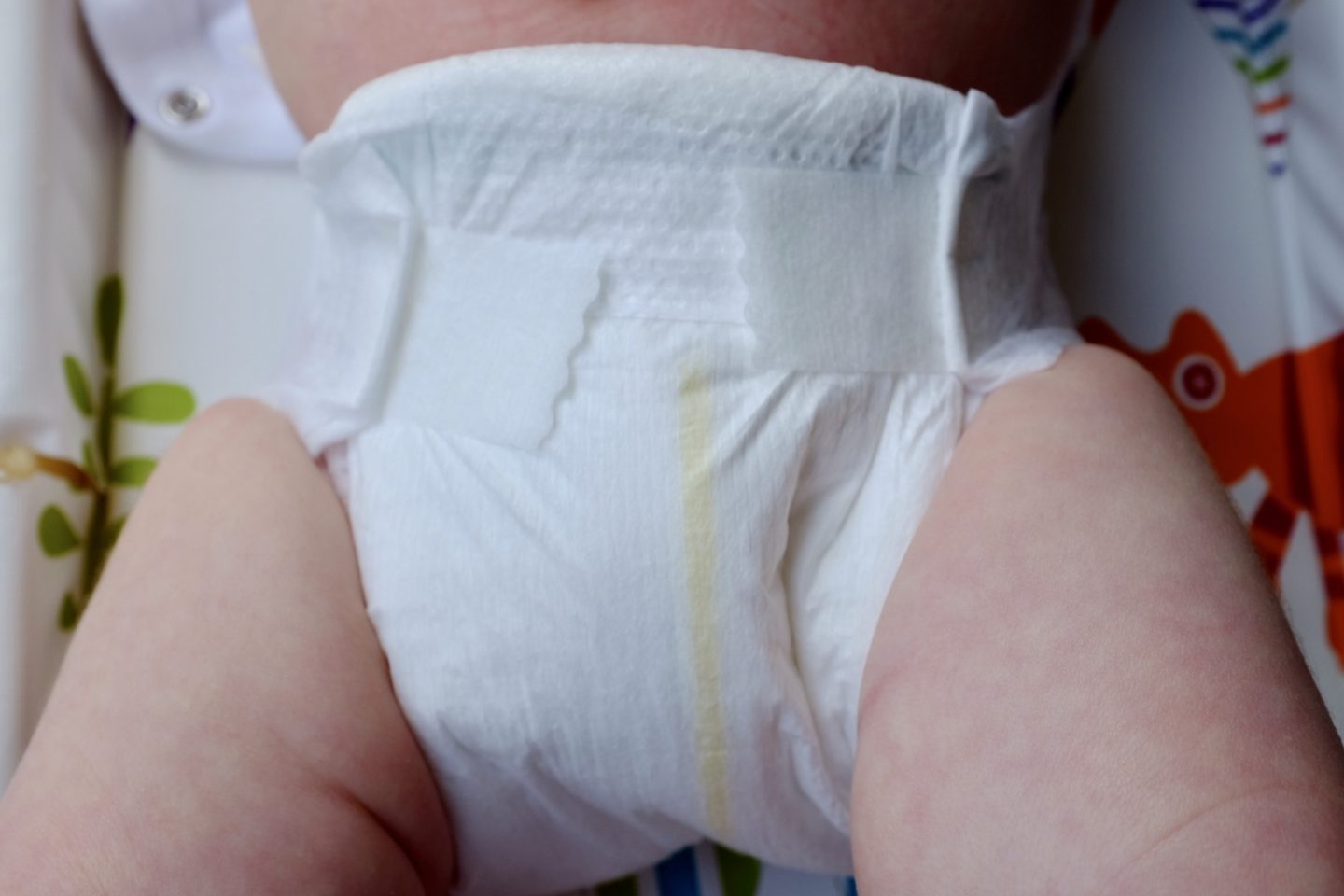 It should be noted the product is only for when your baby is alone in a motionless cot or crib and not suitable for co-sleeping or if your baby is moving in a pram.

What Did We think?

I must admit I wasn’t sure at first, even though we have used a breathing monitor in the past. The little guy isn’t always alone in his crib all night as wakes at least twice and ends up in with me. The monitor isn’t suitable for co-sleeping. 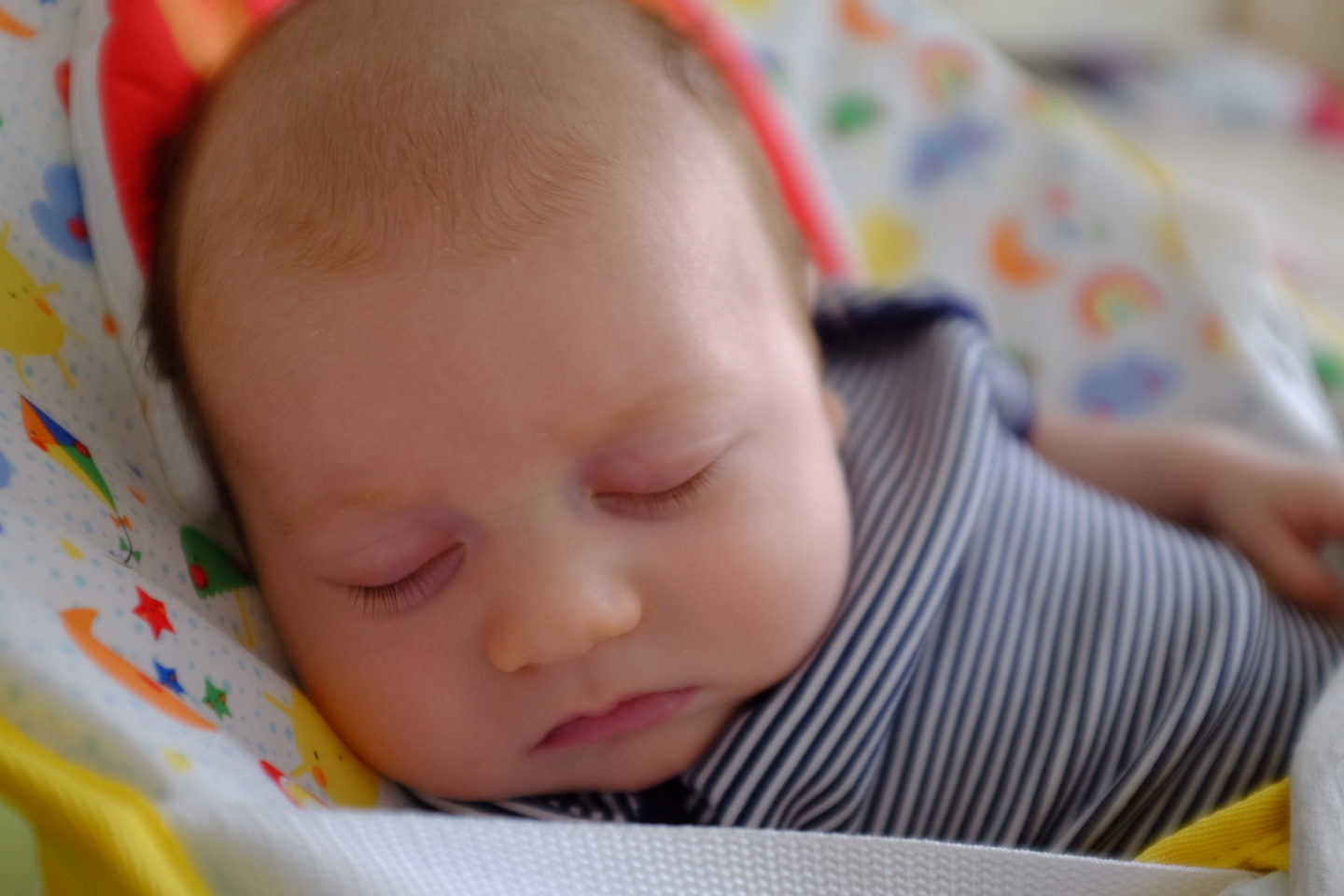 However, I thought it would be useful for the initial period of time we leave him upstairs before I come to bed, for naps and possibly when we move him into his own room, which we are planning in a month or so.

Bear in mind you have to put on the nappy and then dress afterwards and I’m not sure this would work for wriggly, older babies, as the monitor may come off!

We tried the Snuza Hero out on the little guy one nap time. You do have to obviously dress your baby so for me the main reason I would use this, was if my baby stopped breathing and to hear the audible alarm. Obviously, if you changed a nappy at night and there had been any periods where breathing has stopped for more than 15 seconds, you would see the flashing light. But not without them sleeping in just a nappy.

There was no issues with him wearing it and as all was fine; no alarms or light flashing.

I then decided to just leave the alarm on the side off the little guy to theoretically see what would happen. It did all as instructed. Vibrated to try and rouse the baby, light flashed and finally the alarm went off. So I was reassured it would work!!

I think the product is good if you need that extra reassurance. As I said, we have used breathing sensors in the past. I like that it is portable and easy to work and clip on. It did work too when tested and the little guy had no issues with it. Obviously it isn’t fab if you co-sleep and we have done a little (though less now!) and you couldn’t use in the pram or in cars.

I’m not should would work for older babies if they are moving around a lot and you cannot see the flashing lights under all the vests and baby grows. However, you would be aware at a wake or nappy change and could monitor afterwards. The alarm would wake you too.

For a new parent needing that extra reassurance at night or when leaving their baby alone, the Snuza Hero Breathing Monitor is ideal and gives peace of mind. It may not work for our co-sleeping arrangements at present but will in future.

If you are anxious or know someone who is, definitely worth it.

Disclosure – we received the Snuza Hero Breathing Monitor in exchange for an honest review. All thoughts and opinions are our own.