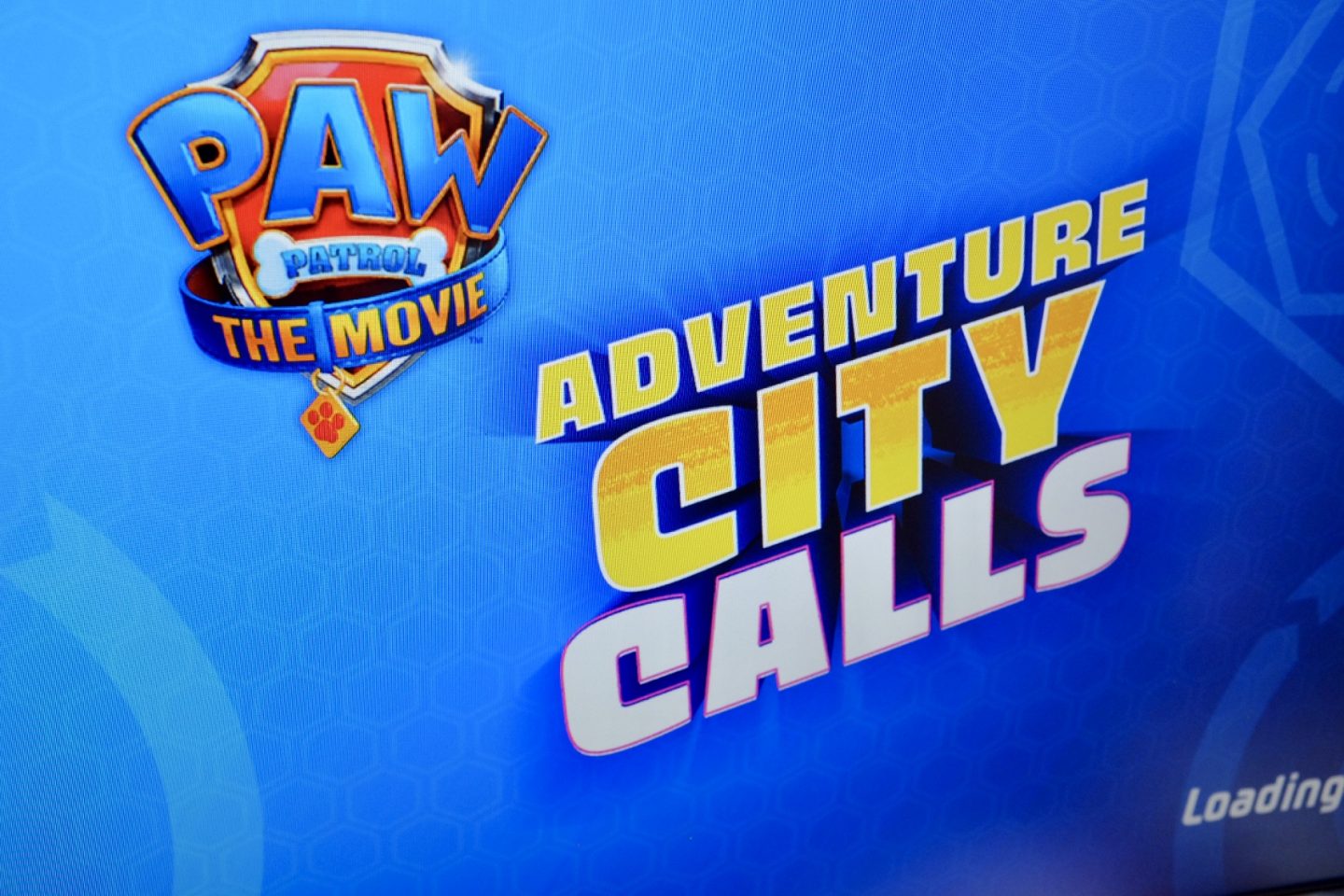 All my three kids love a bit of Paw Patrol. They love the show, toys, games, magazines! Anything Paw Patrol does tend to catch their eye and in the past we have been lucky to review the Paw Patrol Mighty Pups Save Adventure Bay Game and the pups are back in the gaming world with a new games: Paw Patrol The Movie: Adventure City Calls from Outright Games.

My girls are not huge gamers but they really do enjoy a bit on the PC. I think it is a welcome break from watching television or sitting in front of their tablets, as encourage learning new skills and is good for hand-eye co-ordination. It can be challenging and for my younger daughter, teaches her about practicing to improve. It is also something the girls can do together or with us for some time together; working as a team. 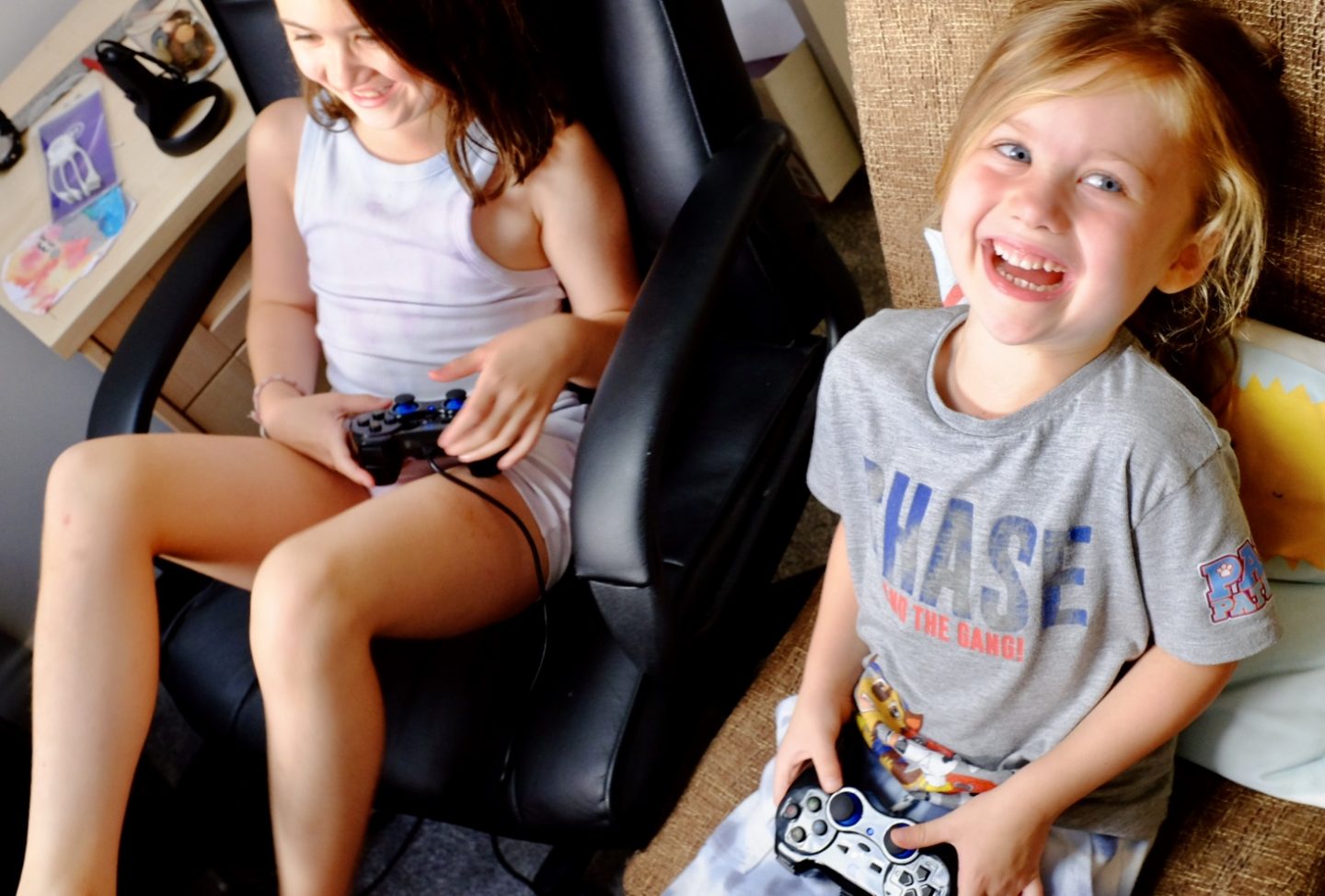 The game surround the new movie release Paw Patrol The Movie which is out in cinemas now!

A big city means a bigger adventure! When Ryder and the PAW Patrol find out Mayor Humdinger, who is the Pups biggest rival, has taken over a buzzing metropolis, they must race into action to save Adventure City from scheming! The pups need YOU to join Team PAWsome! So, Adventure City here we come! 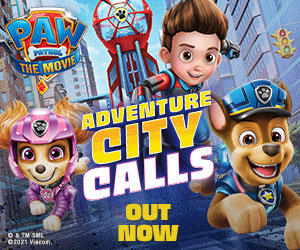 You can chose to be your favourite pups including Chase, Skye and Marshall. There is also a new streetwise city girl, Liberty! On your missions you use next-level gadgets and vehicles to explore all-new locations from PAW Patrol: The Movie.

There are also with mini-games like Pup Pup Boogie, Runners, and more. You can play solo, or in couch co-pup mode with a friend, in this fun-for-all 3D platforming adventure.

The game is available on PC, X-Box One, PS4 and Nintendo Switch from today August 13th 2021.

Getting Ready for the Game Release

The girls and I had some fun prepping for celebrating the game release date, as above.

We were sent some colouring to do.

The baked some medals. 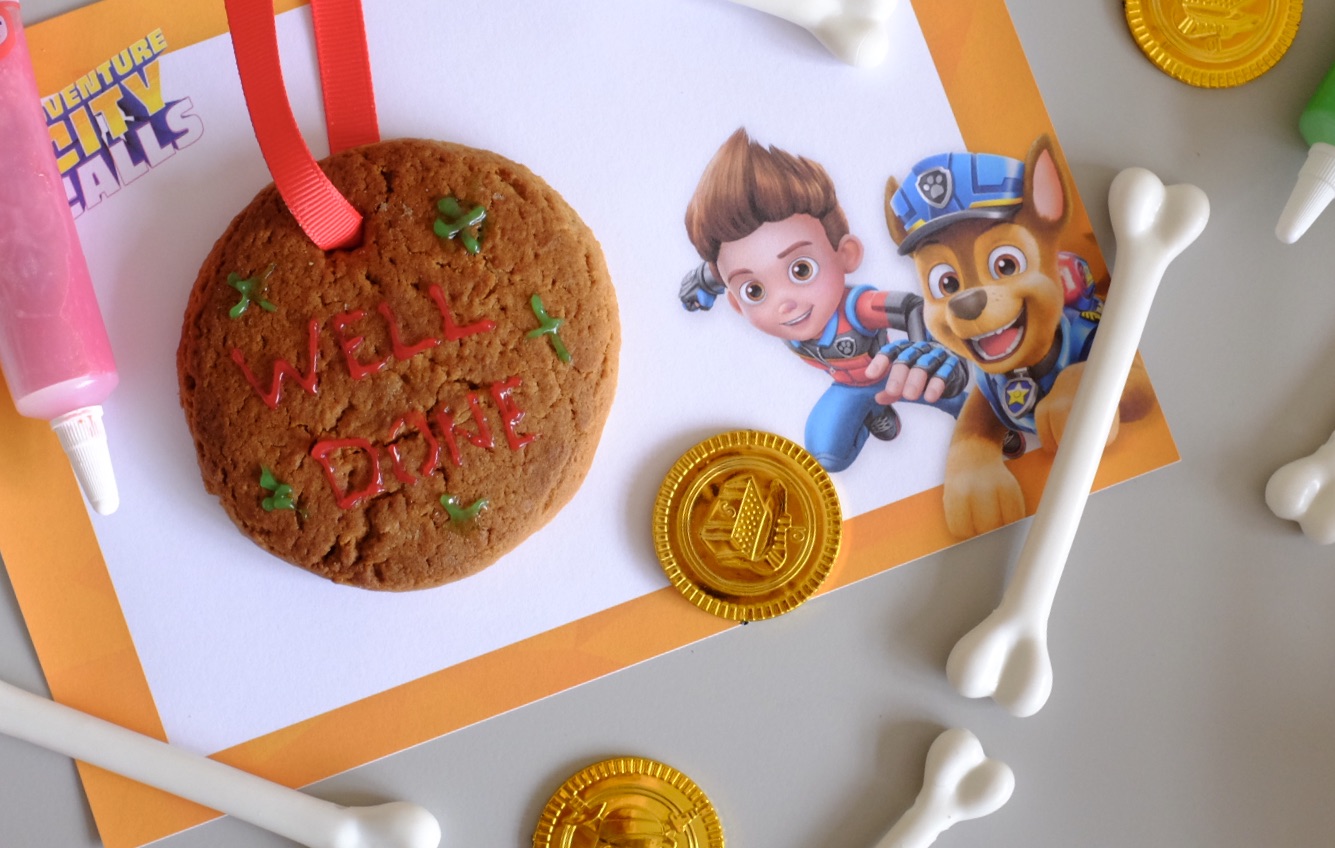 We were also sent some bones and coins and had fun hiding them and letting the girls find them! 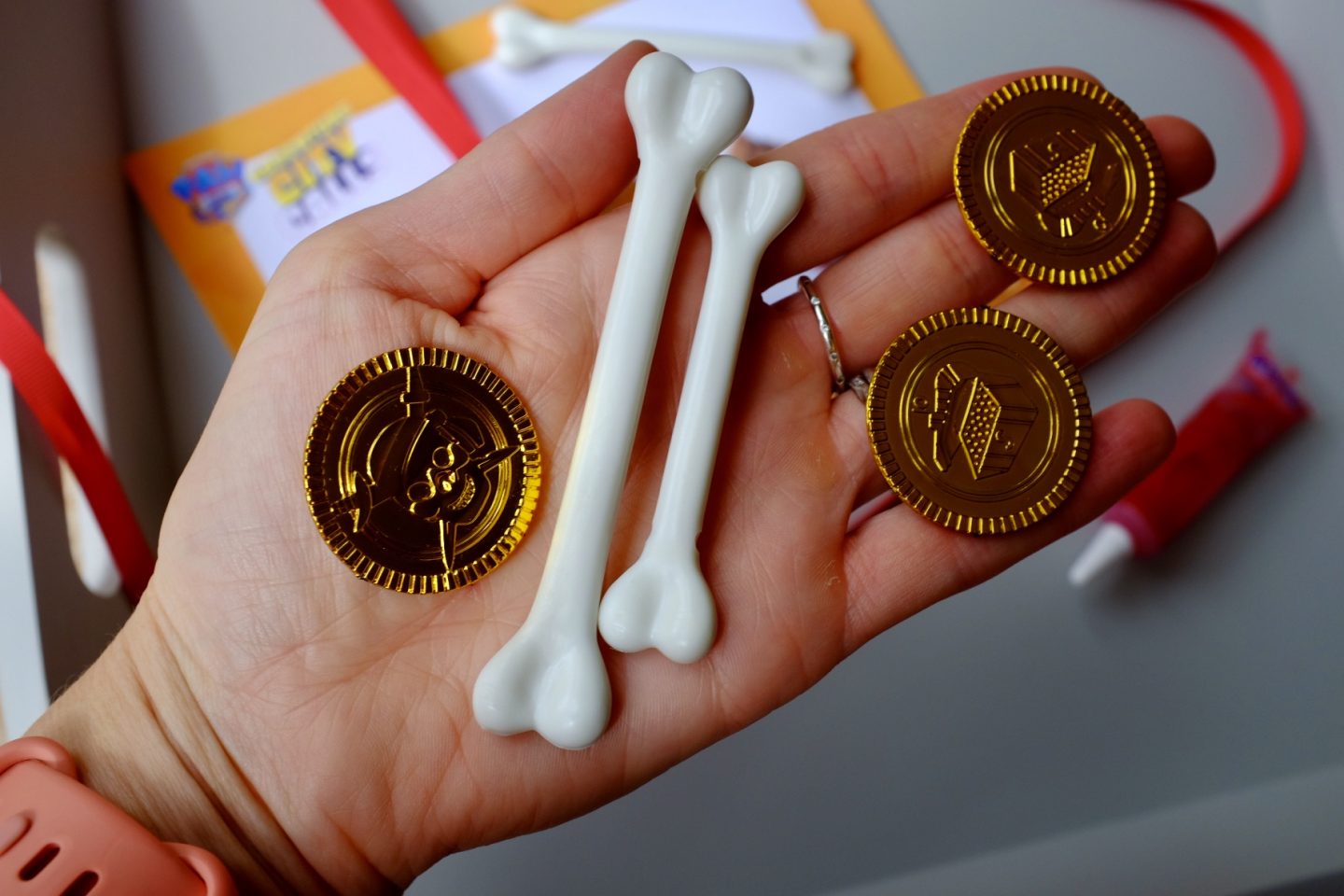 We downloaded from Steam and this process is pretty easy and we also did with the previous Paw Patrol Game we reviewed.

Bear in mind if playing on PC you will need controls. We didn’t realise this when when we reviewed Save Adventure Bay and needed to buy a couple. Paw Patrol Adventure City Calls can’t be played using a keyboard and mouse, like some PC games.

In some respects, this is easier for little ones however!

The girls got stuck into playing Paw Patrol Adventure City Calls really quickly. I could hear a lot of giggles coming from downstairs and could see them having a great time playing together.

The game is full of colour, vibrant and pretty self-explanatory too. My eldest at 7 picked it up very easily and could control the Pups. My 4 year old needed a little help but as you can see from the picture below was having a blast! 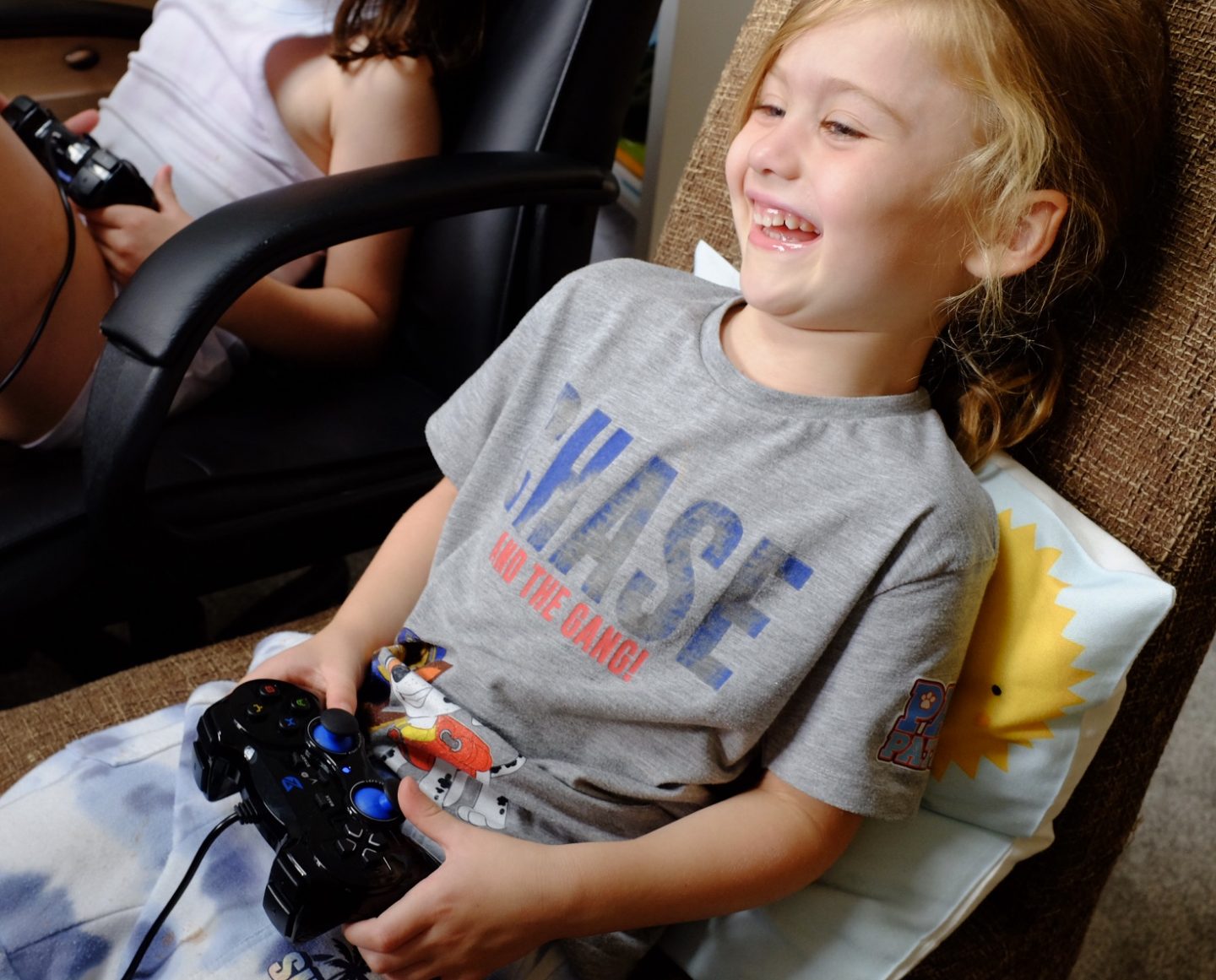 You have a series of Missions to complete with the Pups and these can be completed in 1 player or 2 player modem working as a team. This is known as Co-Pup Mode.

Some of the missions include – Put out the Fires, Electrical Shutdown, Hyperlook Havoc and The Case of Chase. 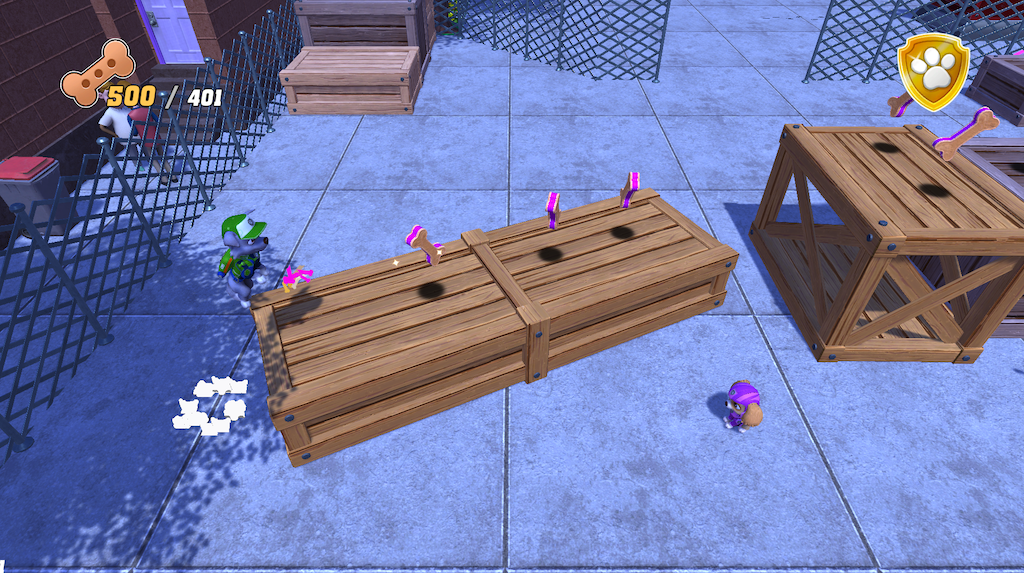 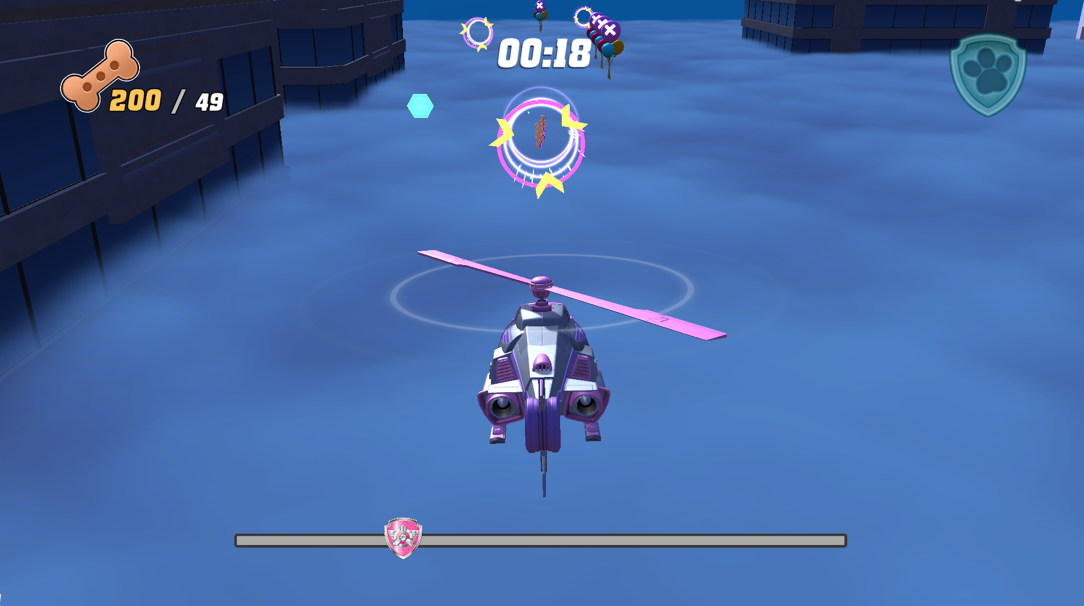 As you complete more Missions, you unlock the Mini Games to play. 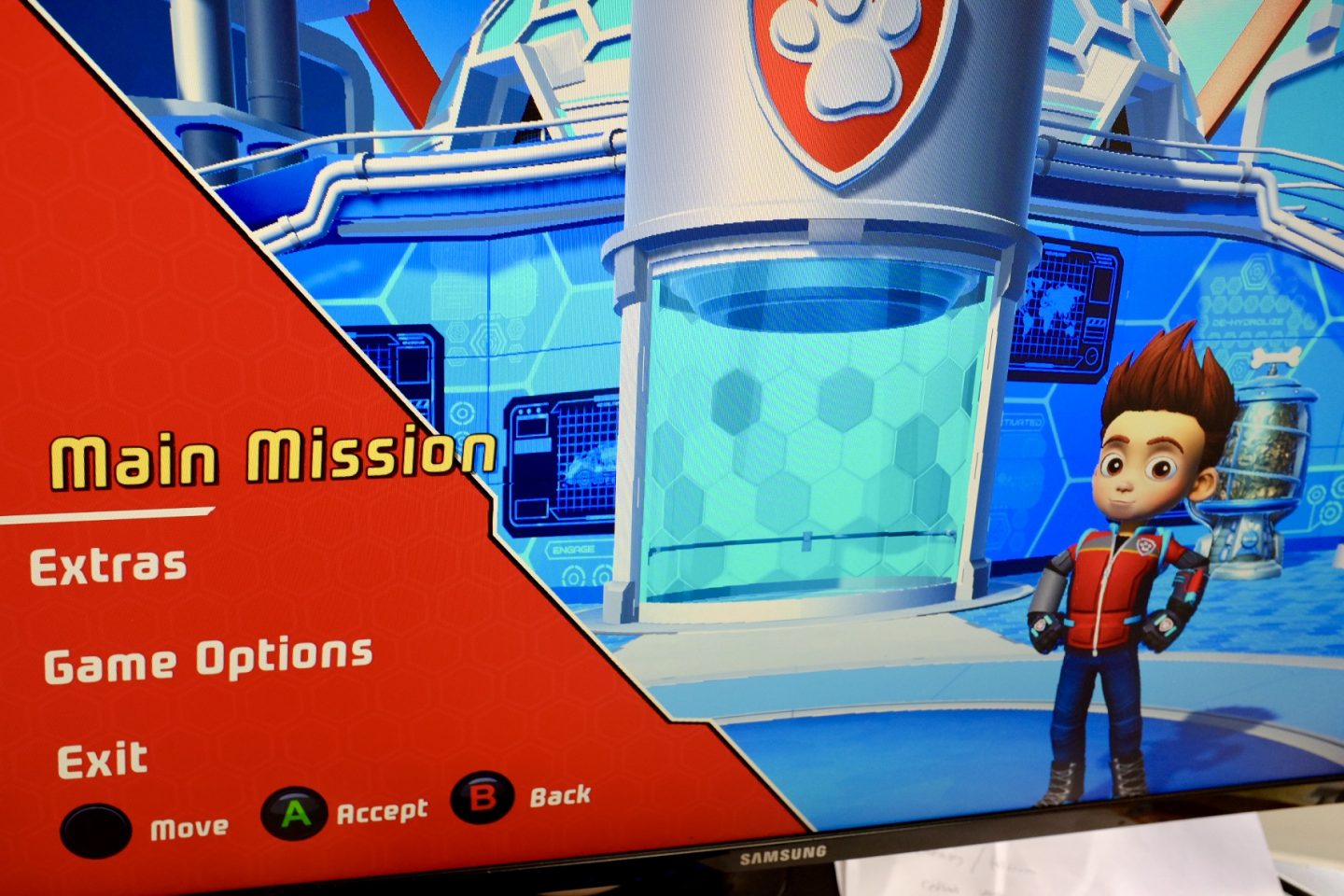 Like the previous Paw Patrol Game we reviewed, Save Adventure Bay, you can unlock Mini-Games to play and complete.

My girls loved Pup Pup Boogie, which is similar to a dance mat and the move the control as instructed by the signs on the game. I quite liked this one too! This was available on the previous Paw Patrol Game we reviewed, Save Adventure Bay, so the girls were prepared.

Other Mini-Games include Time Trial and Collect Them All. 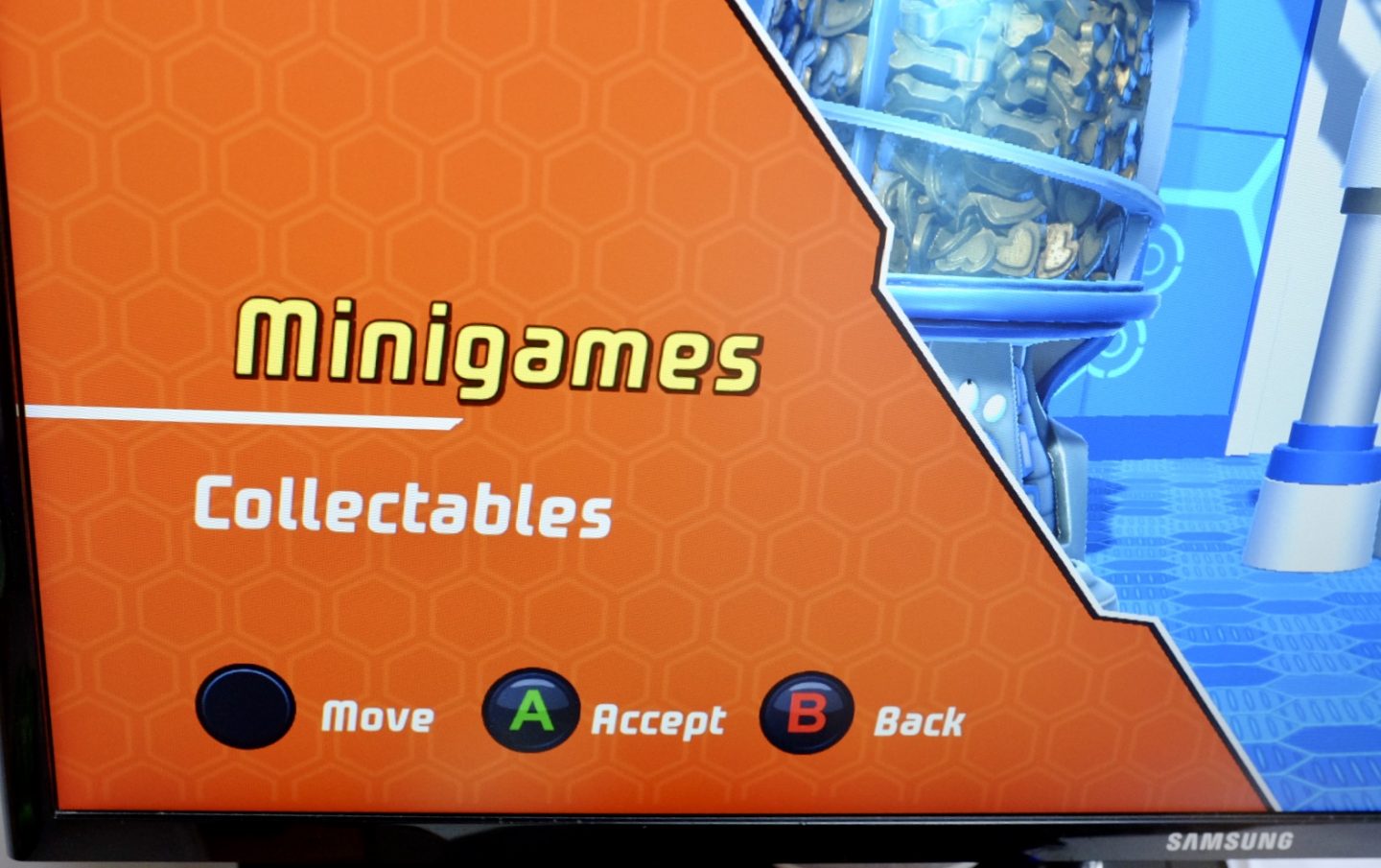 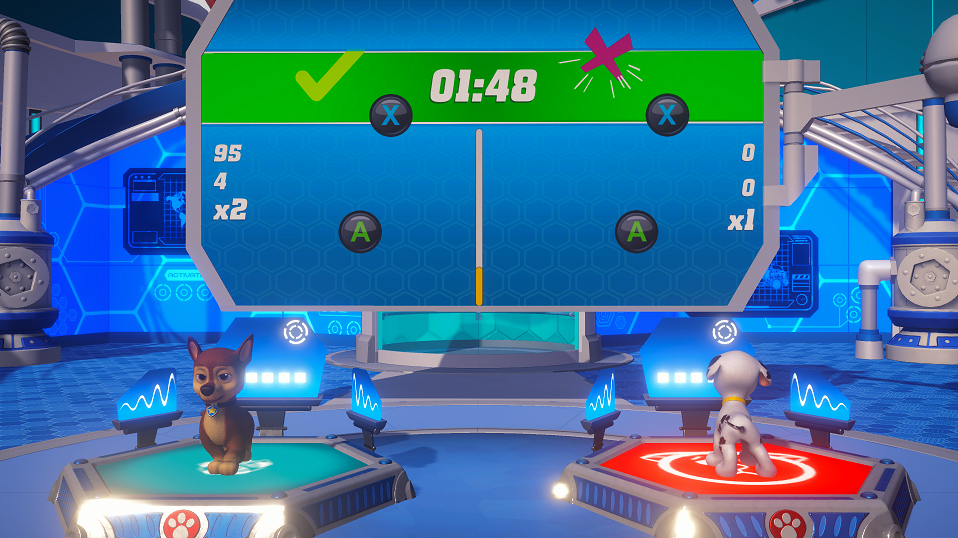 There is also the chance to unlock collectables and pup treats when completing missions and mini games.

I think Paw Patrol Adventure City Calls Game is another great one from Outright Games. Kids who love Paw Patrol and the movie will love playing this, as they will feel like they are part of film and getting really involved.

It’s really kid friendly and self-explanatory. It is very engaging for little ones immediately. Each stage shows your little ones what to do and what controls to press to complete each mission. It was getting her used to moving forwards and learn how to jump and move at the same time to collect bones and coins! I love a platform game and it was how I was introduced to the gaming world.

There are a variety of playing formats as you play, from like top down (flying a drone) to the mainstay 3D aspect, through to the Mini-Games, one of which was a dance off! This is great to keep kids playing and

It is great for learning new skills and hand-eye co-ordination. My eldest at 7 picked it up immediately and could move the characters, jump and collect bones, working her way through the missions. My 4 year old worked with her well but needed a little more help. I do think of course, she would get better with a little practice. It was also good for the girls to work together and try not to bicker!

The game is bright, vibrant and attractive to little ones and amazing for Paw Patrol fans. The graphics are excellent.

We give it a thumbs up and need to get to see the Movie now!

Disclosure – we were provided with this game and compensated for our time. All thoughts and opinions are our own.