AD – We have become day out connoisseurs at the moment. It all changes when you have little tiddlers. We love National Trust too. My Sundays which consisted of the gym and watching box sets all afternoon with copious cups of tea have been replaced by the great outdoors and dare I say it…museum trips! I was offered the chance to review Avoncroft museum in Bromsgrove (about 30 minutes from us) I leapt at the chance.

Avoncroft is a “living” museum and showcases historic rescued buildings that have been relocated to the site. It spans 700 years of history. We went on a fairly standard quiet day but there are tonnes of events on if you check the timetable. Things like jousting and archery.

In true Sarah form I will review this in pictures and tell you about my favourite bits.

The gremlin was hilarious in this pop up church. She seemed to think the cloth on the alter was a tent and was really bossy when she had enough and wanted to leave! 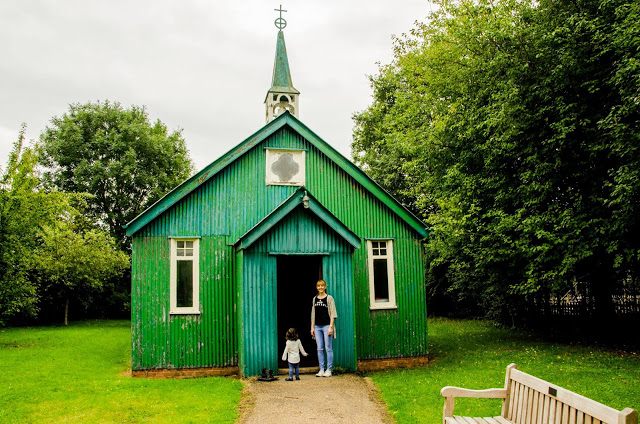 We went and had a look at a privy and it was funny watching her look down the hole for some poo!

We loved the windmill. The gremlin was a bit obsessed with this as she loves the story of the Little Red Hen who grows the wheat and makes some bread. 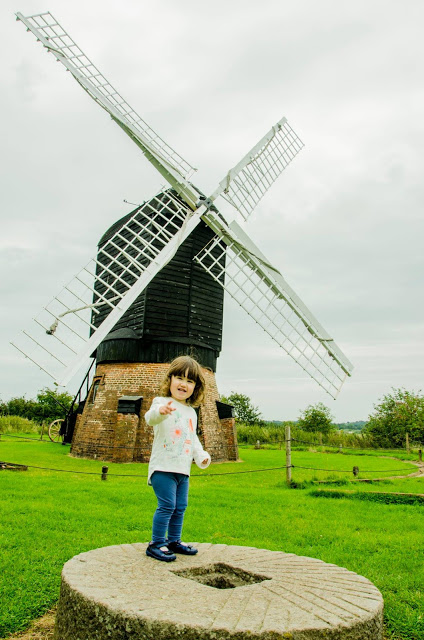 My favourite bits were an old town house. They had a fire lit inside and a lady in costume was doing some weaving inside. Both hubby and I felt like you really stepped back in time. 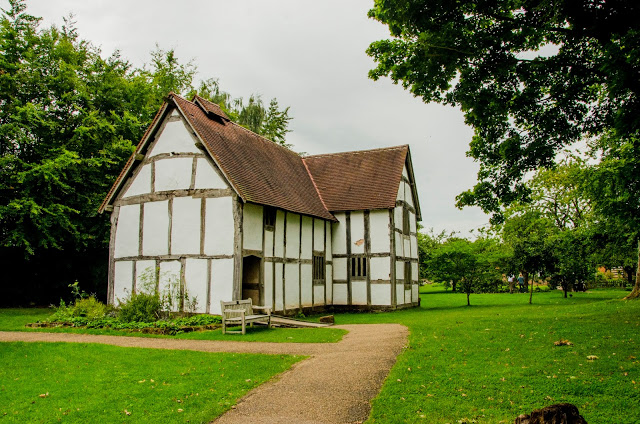 Hubby was really keen on the blacksmith’s working area and apparently you can go over and learn how to be one as a present. He may need to put this on his Santa list. 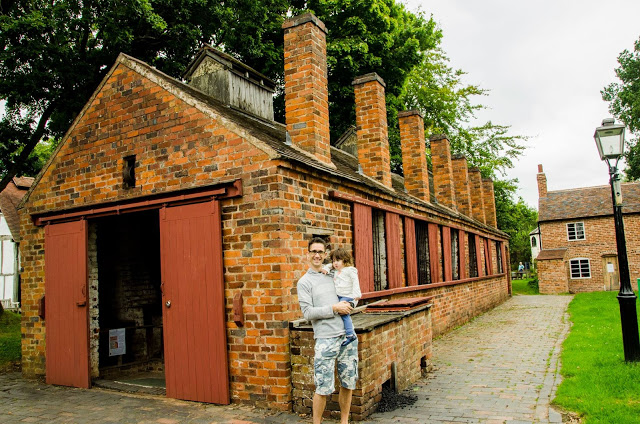 I really liked going inside an old Anderson shelter and listening to the air raid sounds as well. Could really imagine how scary it must have been. Obviously Birmingham was a target area and people could spend night after night sat in their shelter.

We also went inside a toll house where a lovely volunteer chatted to us for ages and entertained the gremlin with some old toys. 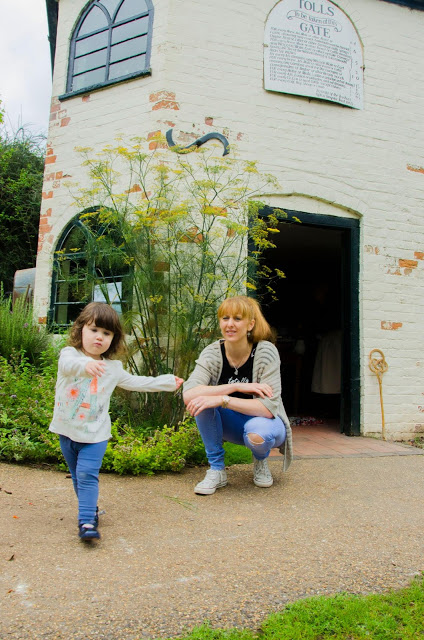 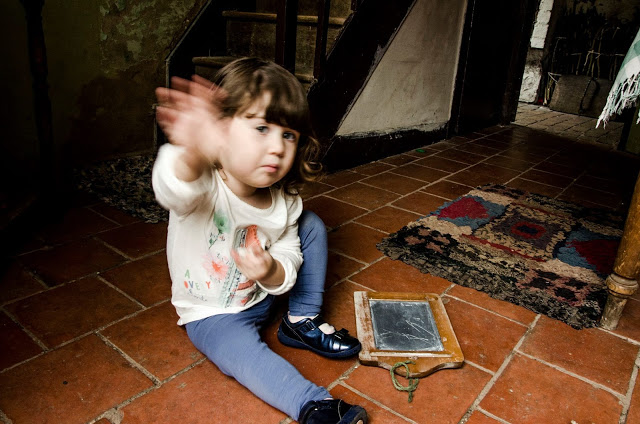 My absolute best bit was a history of the telephone. There were all the old phone boxes and phones and we could call each other from the boxes. The gremlin sounded so cute when I rang her having a little chat. We then went into an old exchange and a volunteer told us how the whole phone system worked before the digital age. Yep I felt like the biggest geek but it was fascinating watching the mechanics of it all as you dialed someone. We were so fascinated we got no pictures! 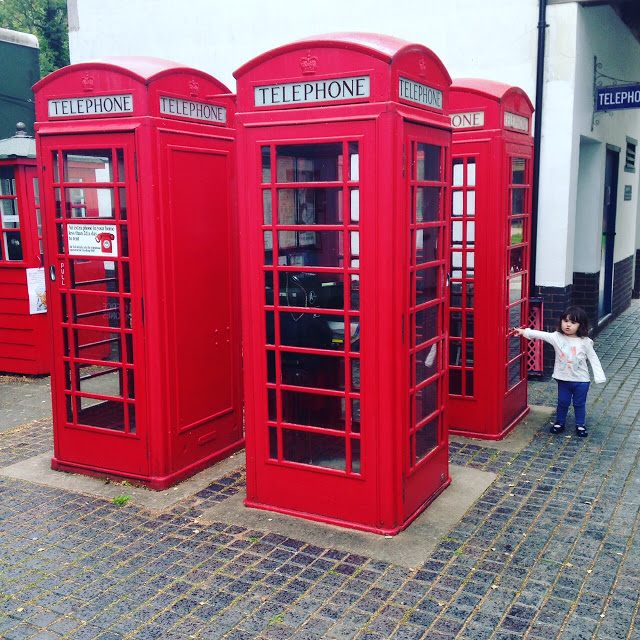 It started to rain and I was starving so we decided to treat ourselves to lunch in the Edwardian tea house. My cup of tea tasted so lush in a real china cup. The gremlin scoffed beans on toast and as usual had the milk from my tea. Hubby and I both had jacket potatoes and it was yummy.

Avoncroft was just brilliant. I didn’t really expect to be so taken with it as I not really a museum person at all. However, the buildings and the fantastic volunteers just brought the place to life and it felt so authentic. I think we will come back, even if just for a wander and a picnic.
Disclosure – we were provided with a year’s pass in exchange for an honest review. All thoughts and opinions are my own.