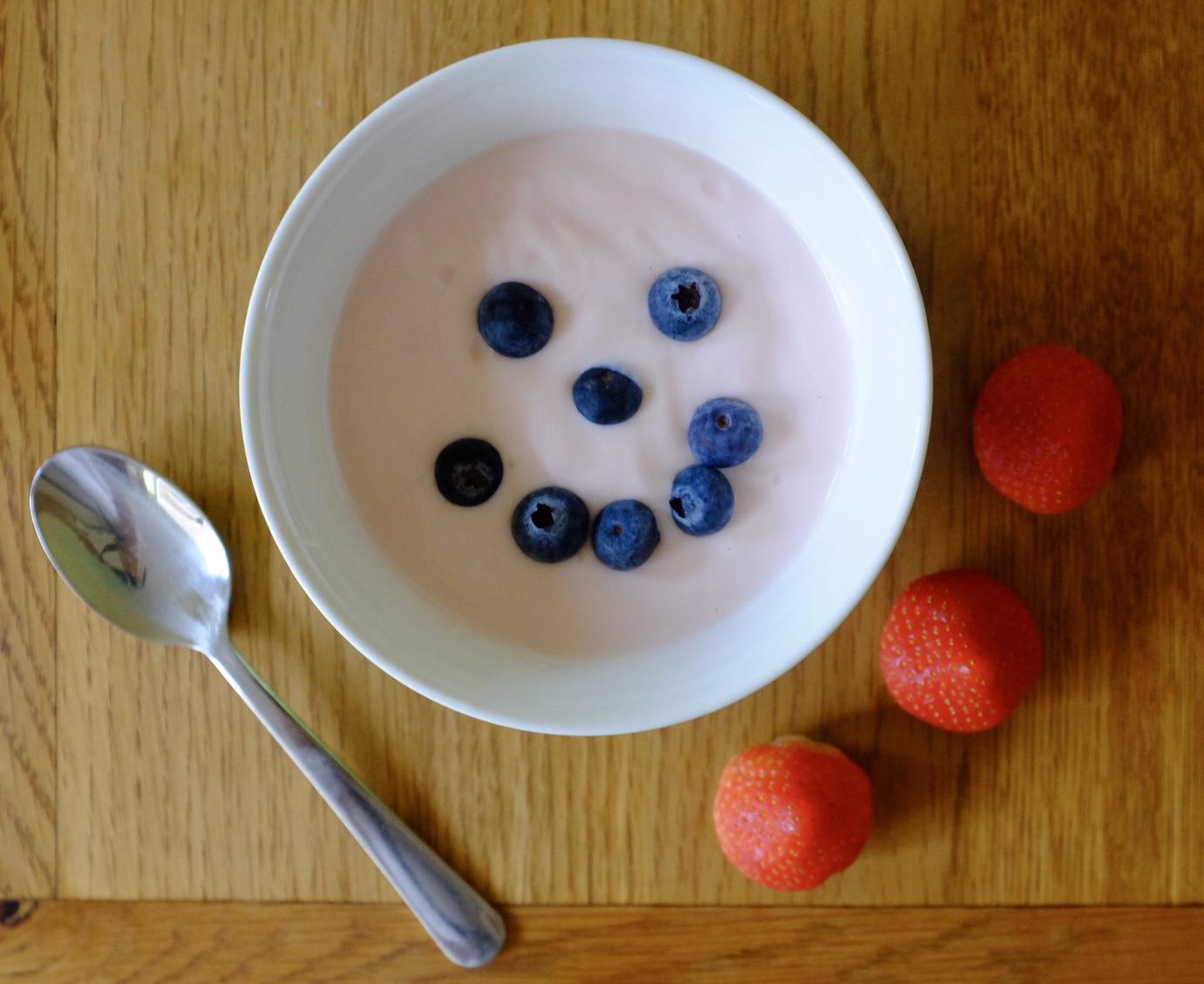 AD – We are a complete family of yoghurt eaters. The girls and I live on Greek yoghurt and my hubby has too now and then but does prefer his flavoured types. I went off my yoghurt in the first trimester of pregnancy with all my babies and it is the weirdest thing when I literally eat it twice a day! I used to take some into work regardless to try and have some, as I know how good it is for you. When I was contacted by Hansells Yoghurt to try out making my own yoghurt I was really keen!

Most people do not have any reason not to eat dairy and unless you have a confirmed allergy or known intolerance, yoghurt is such a healthy food to consume. More about that to come. 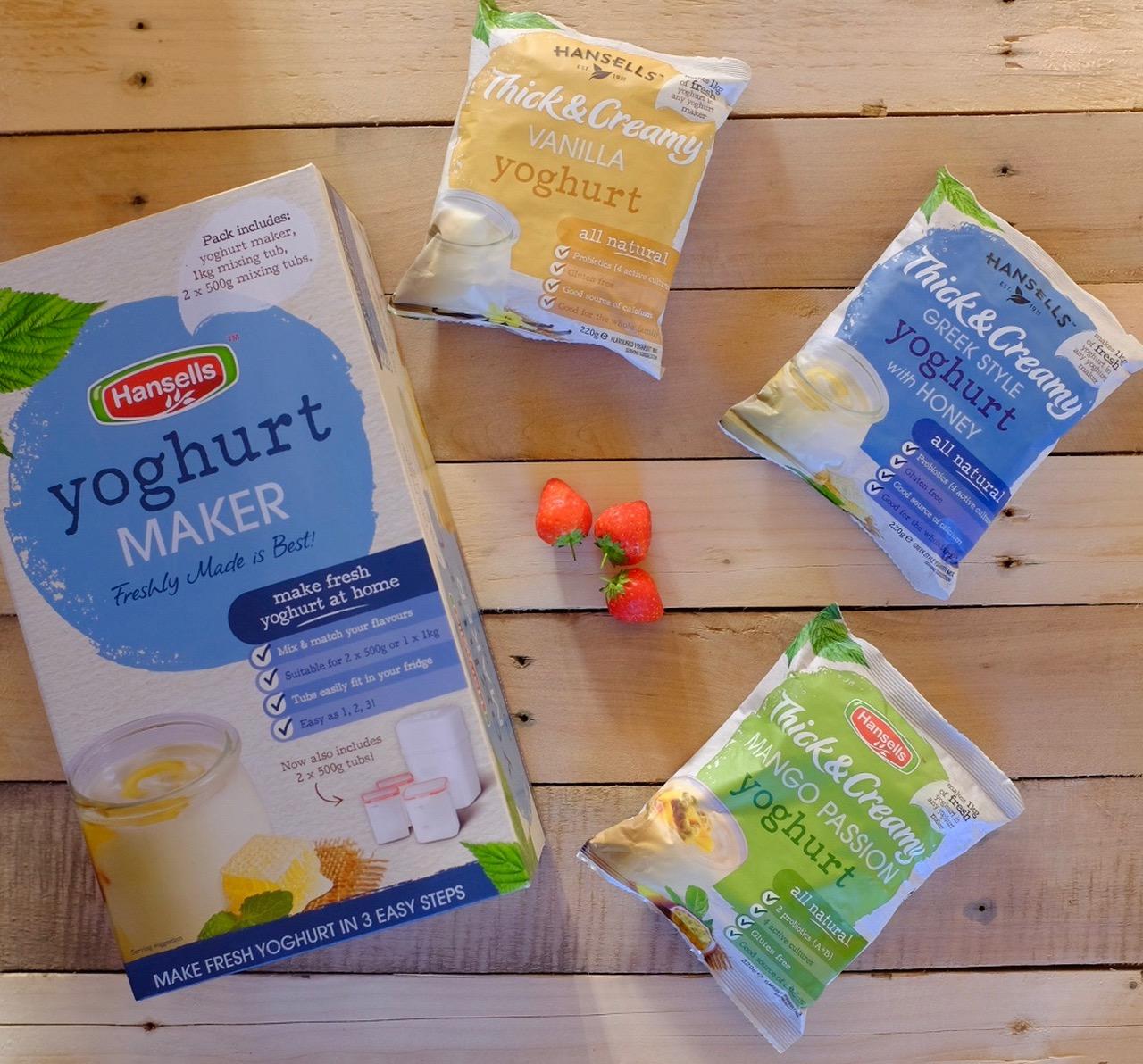 Hansells Yoghurt allow you to make your own yoghurt in really easy steps. They stock yoghurt makers and starter kits, perfect for your yoghurt creativity to go wild! I’ll talk more about how to make the yoghurts when I have my own go.

Prices start at £10 for the maker and £17 for the starter kits, which include mixed, thick and creamy, lite and unsweetened.

The health benefits of Hansells home made yoghurt include –

– Contains 4 active, live cultures including acidophilus and bifidus and this helps to promotes healthy microbial balance in the digestive system and stimulates growth & activity of beneficial micro-organisms

– Is a source of Protein, Calcium, Riboflavin, Thiamin, Vitamin A and E

– Is suitable for vegetarians

What was I Sent? 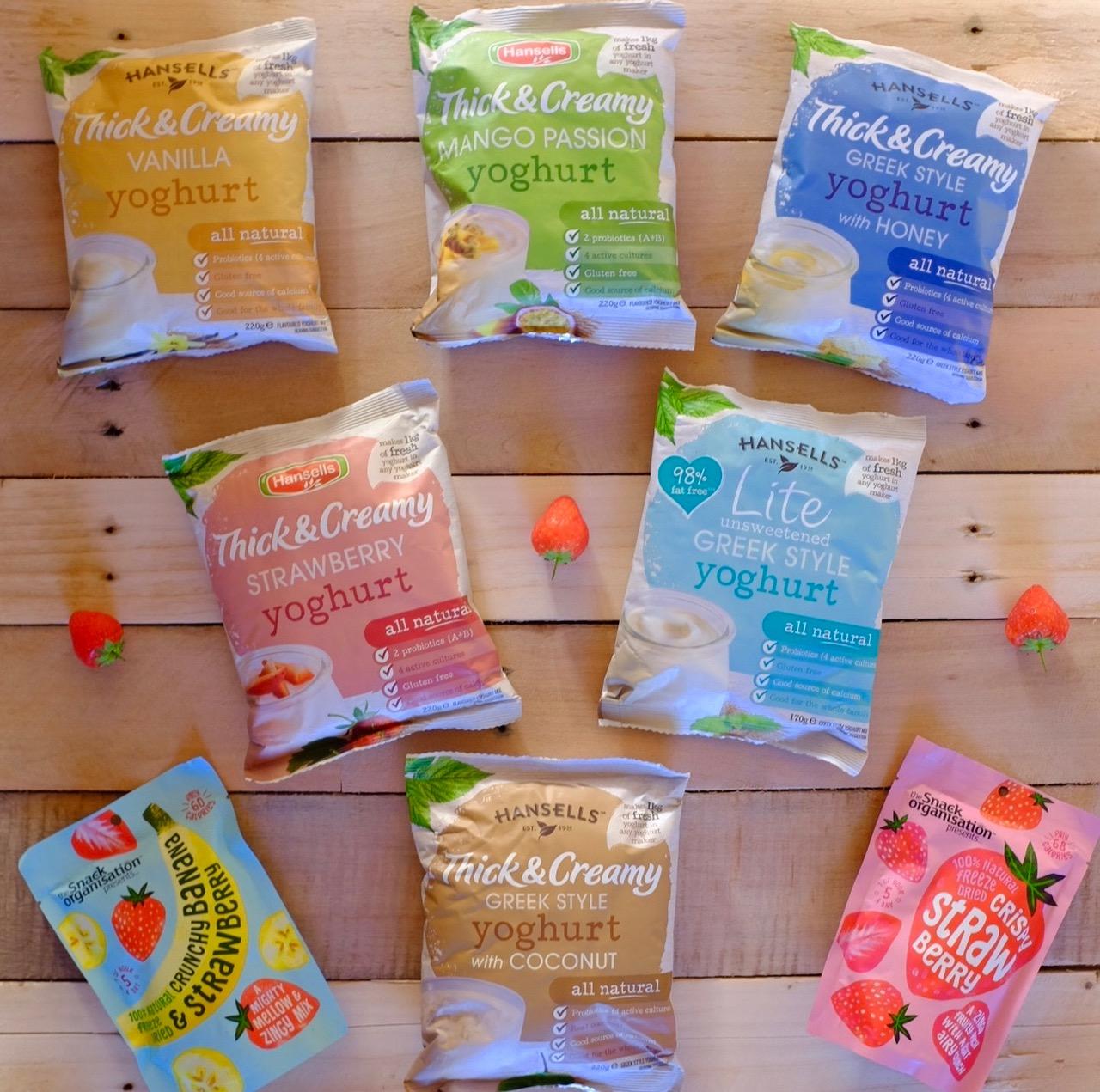 I was sent one on the yoghurt makers and a selection of different yoghurts to try as above. I was also sent some toppings separate to Hansells.  I loved how I was sent different flavours, lite and unsweetened, so I could really test them out.

The process was really simple, as described online and in the instructions.

I opened the yoghurt maker which revealed three containers; 2 500g and a 1kg one. 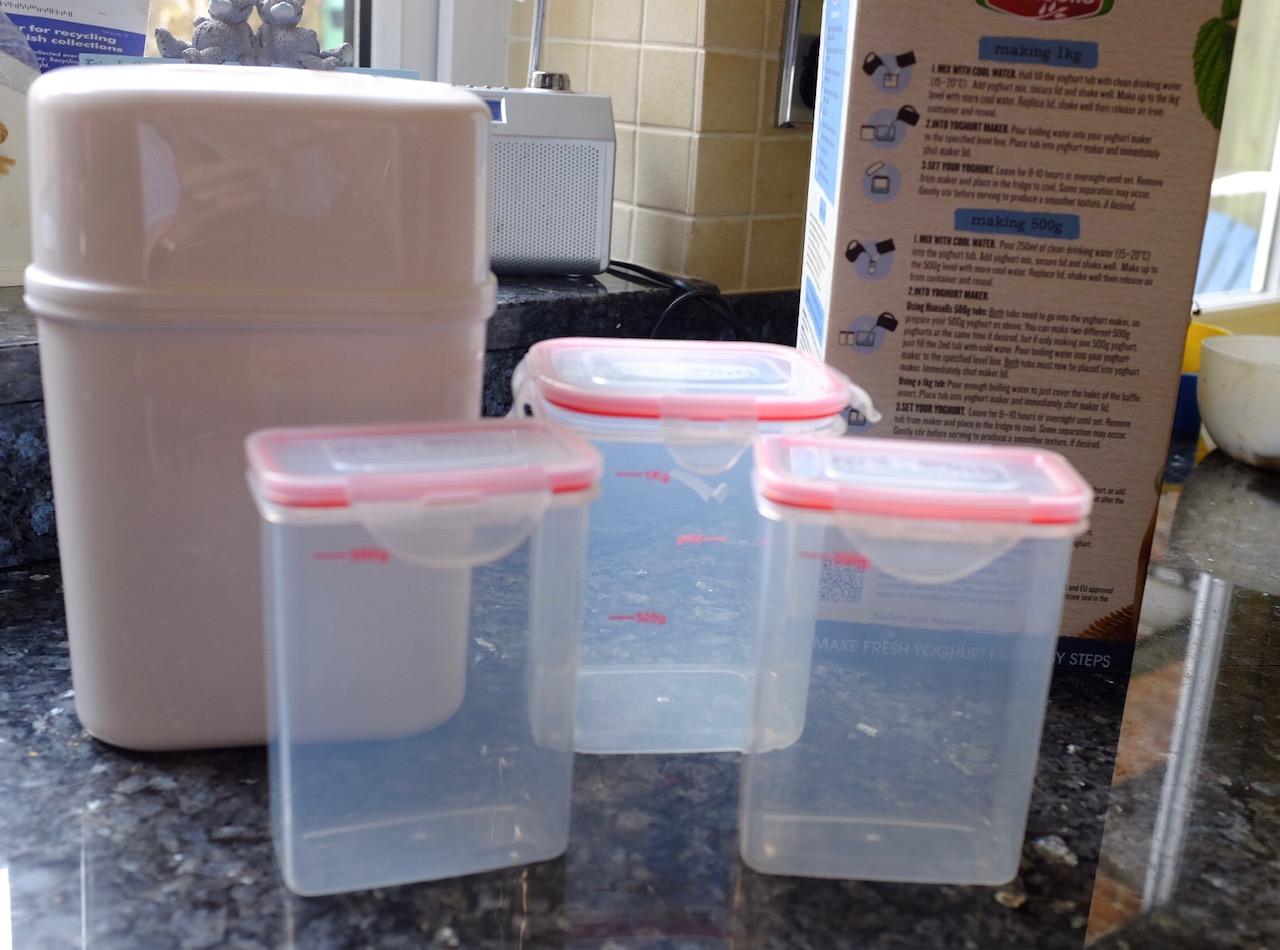 I decided to make a kg of strawberry yoghurt, as I know my hubby loves this. 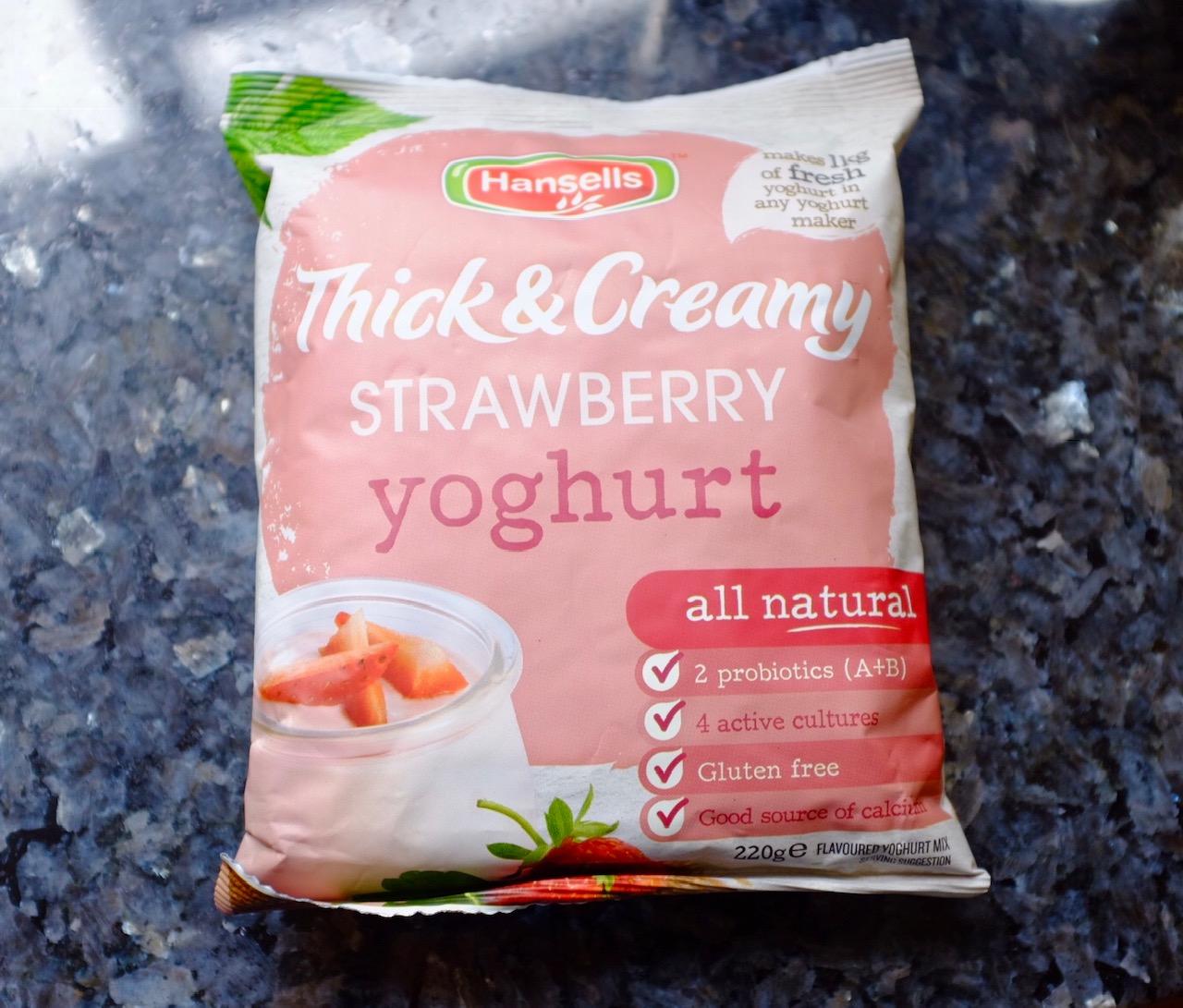 It was SO easy. 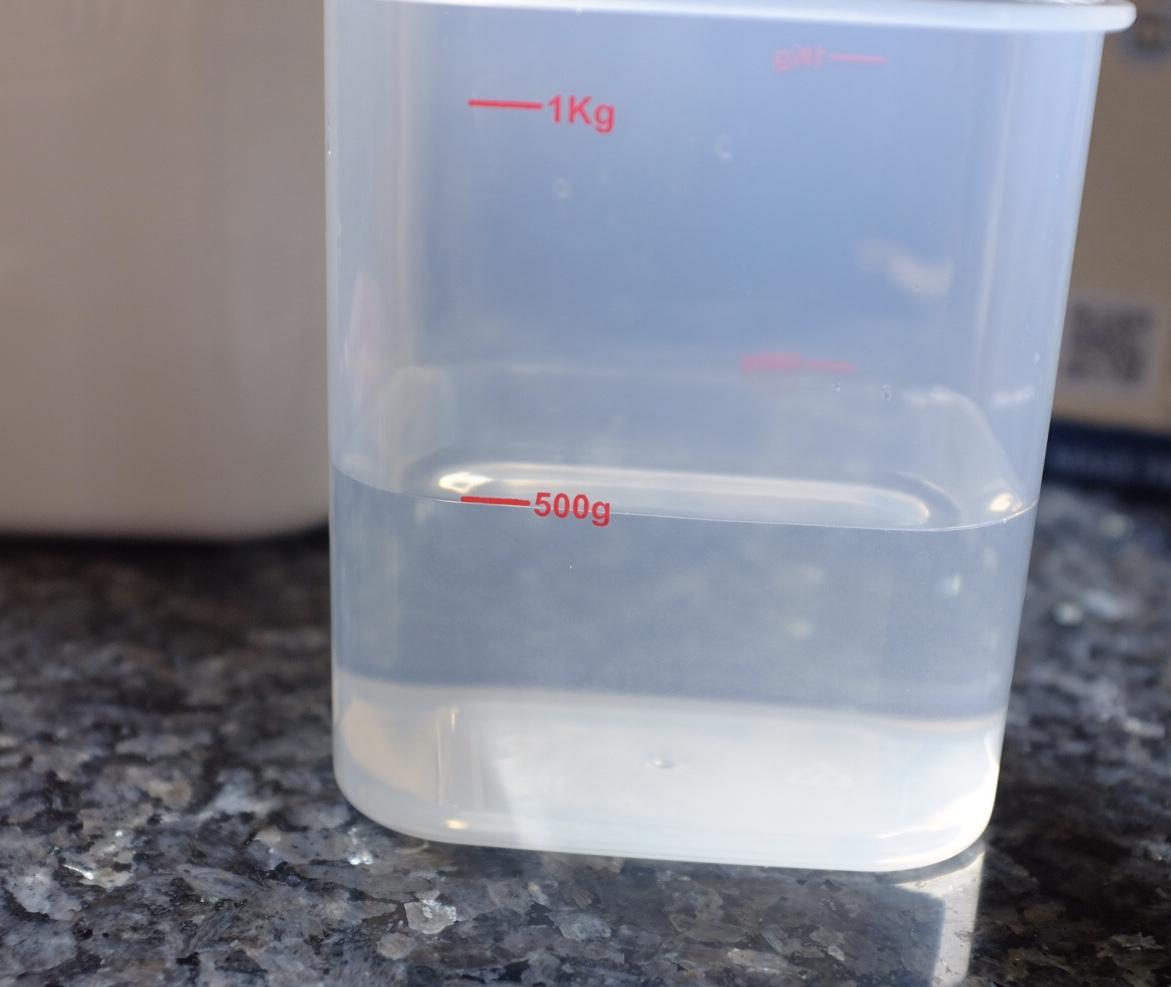 I used filter water which was room temperature. I then carefully opened the strawberry yoghurt package and poured it into the container. It then needed a good shake and mix and I then had to fill the rest of the tub up with water to the 1kg mark. 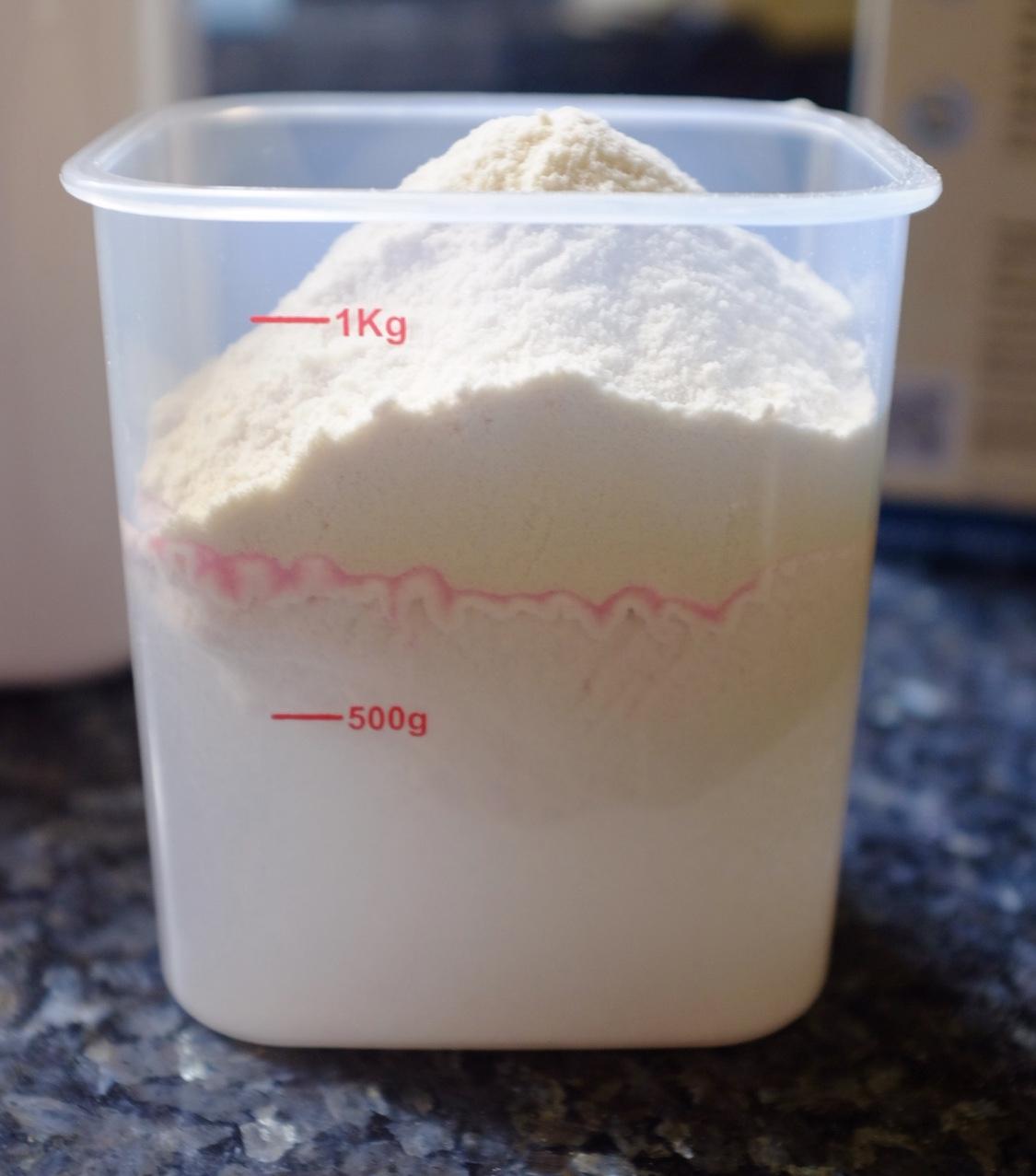 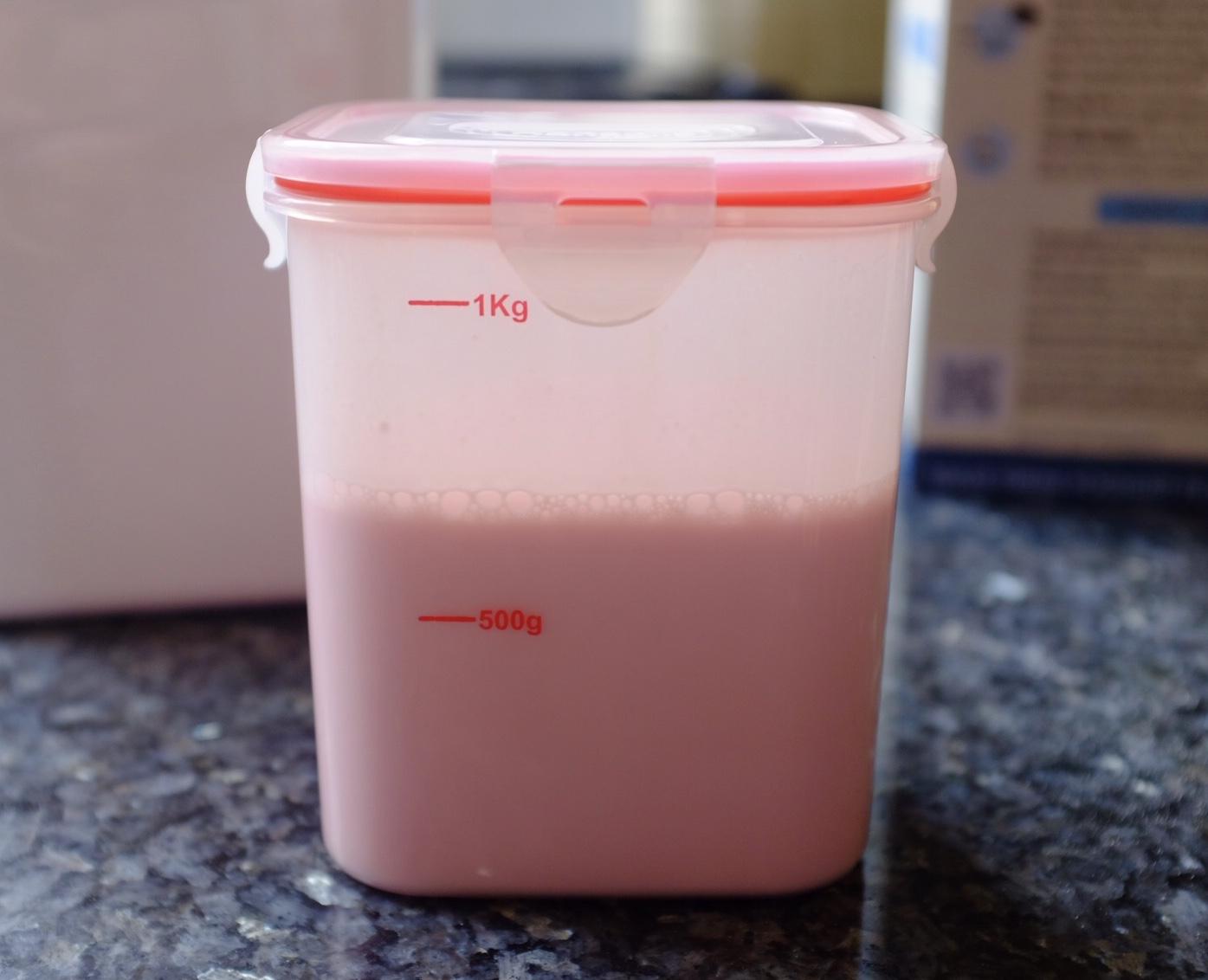 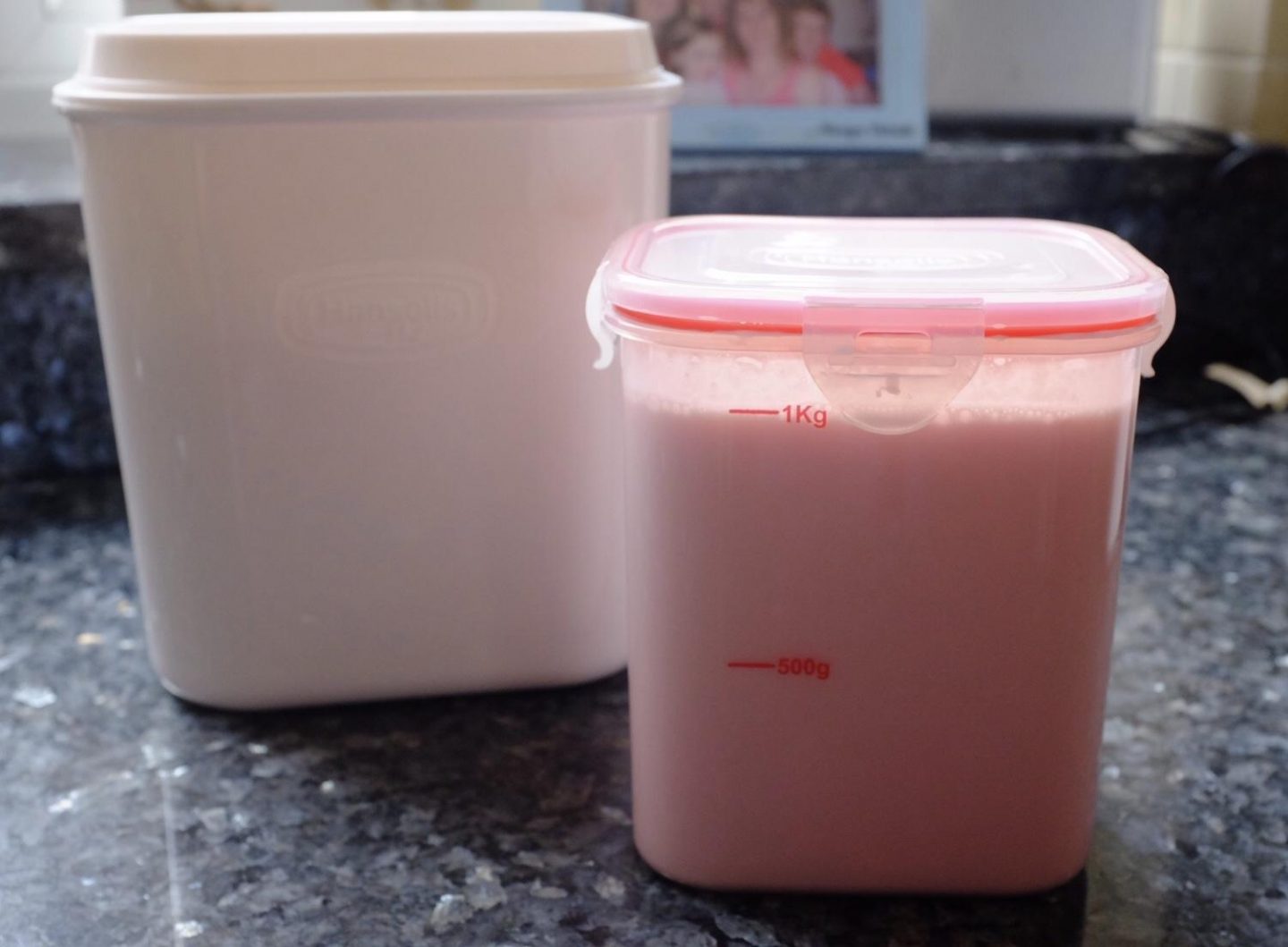 Whilst I had been doing this, I had the kettle boiling and it was ready to pour to the “cold climate” mark (well we are in winter now and are kitchen is usually <18 degrees Celcius) mark inside the yoghurt maker. I then placed the 1kg tub, filled with strawberry yoghurt mix, into the boiling water. 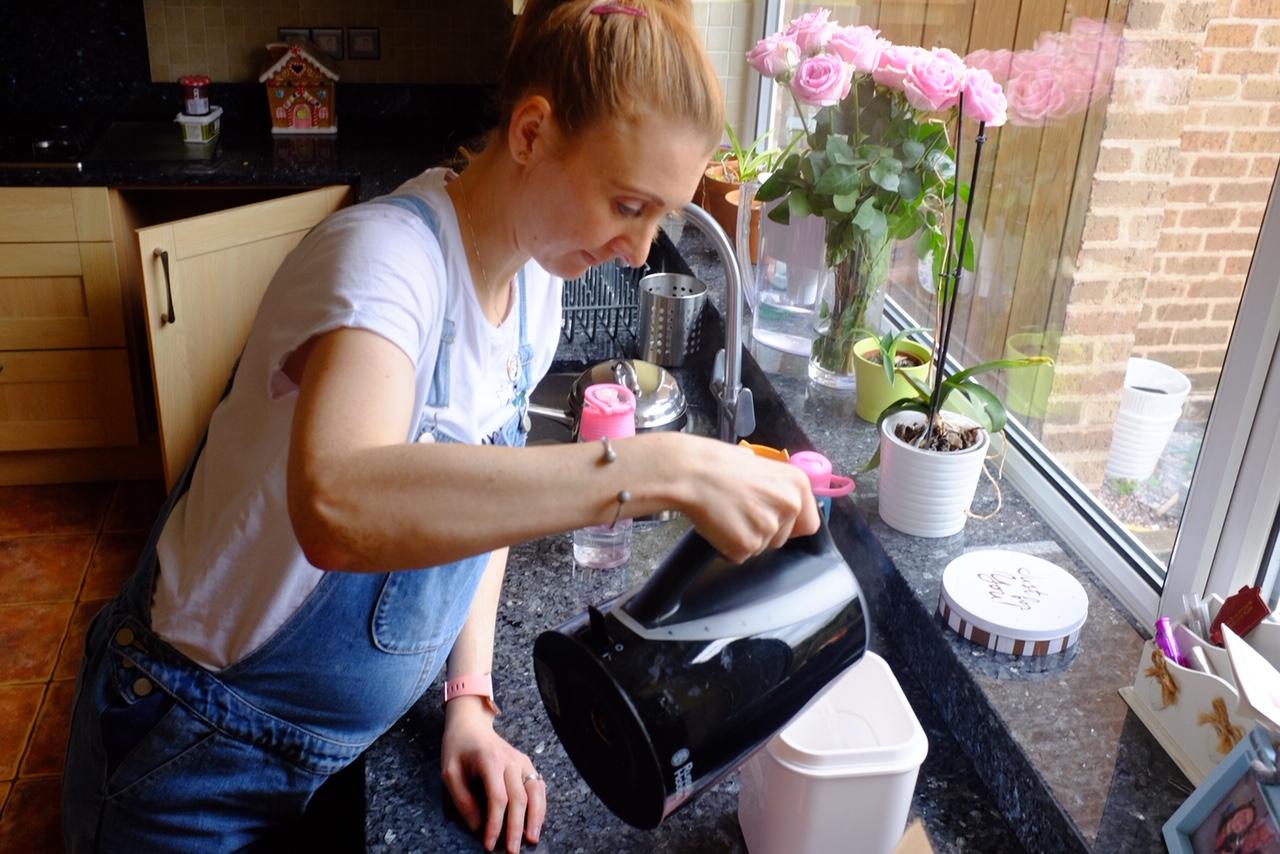 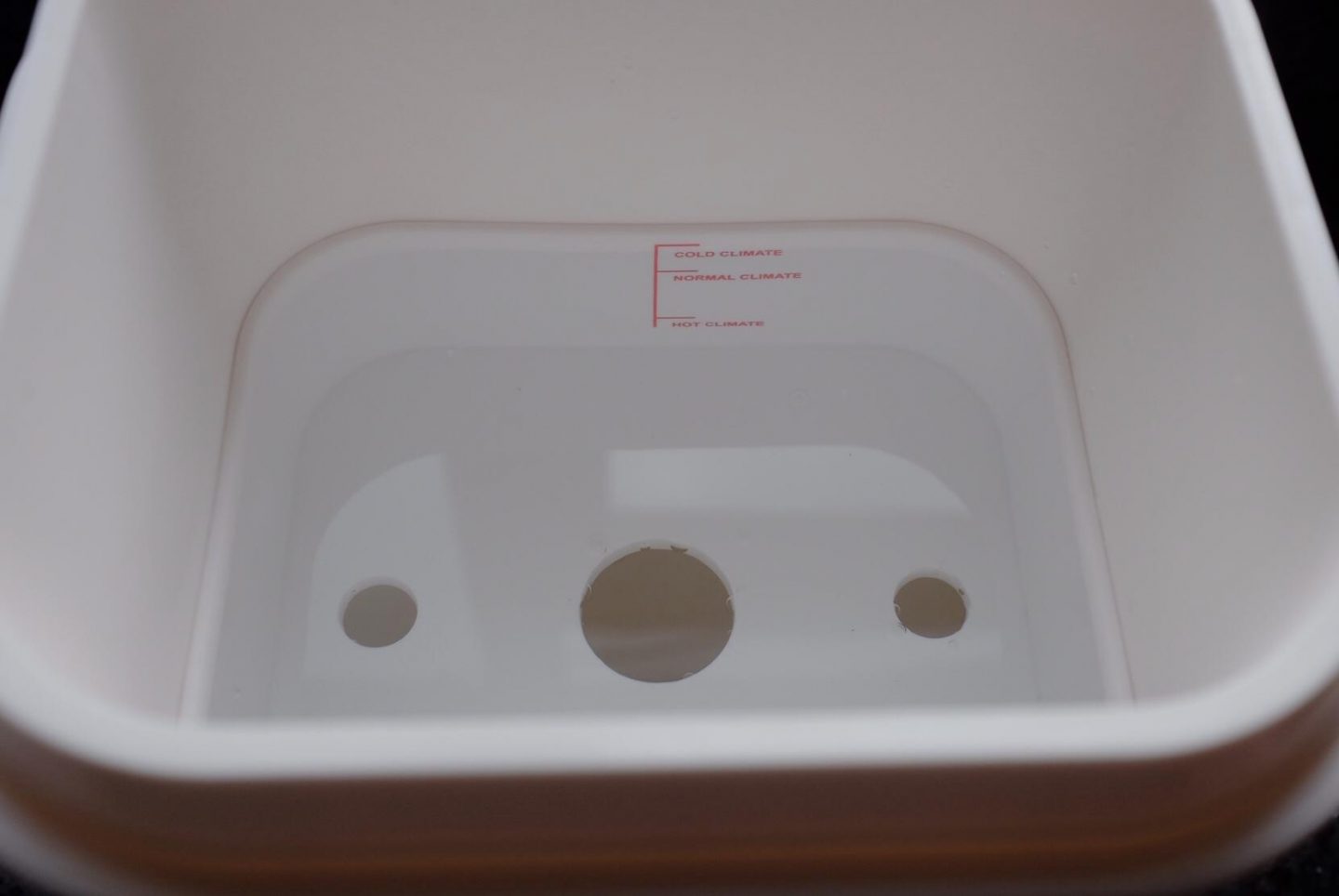 Voila! That’s it! Leave it for 8 hours to prepare and then place in the fridge to chill. I couldn’t get over how simple it was.

There are some troubleshooting ideas in the instructions too, which help. For example, if you can’t get the yoghurt to set, you have used the wrong water mark for the climate or not used the right water temperature.

Hubby remembered to put the strawberry yoghurt in the fridge after 8 hours and we were dying to have a taste.

I expected a really sweet, strawberry yoghurt but I was really surprised. It wasn’t at all. It wasn’t overly sweet which I was glad of. It had a mild strawberry taste and was just really pleasant. Both hubby and I said we really liked it. I had with a few blueberries and strawberries on the side.

The texture was different and was a bit more gloppy (if that makes sense). I’ve had yoghurts similar before but I would notice that as I usually eat very thick Greek Yoghurt. This didn’t affect my enjoyment of the yoghurt at all.

I then wanted to try one of the Greek Yoghurts to see what I thought, compared to the ones I buy ready made. The one we tried was a lite version and I do usually eat full fat. This was a nice, mild taste though, not sweet at all. I would probably have with my frozen raspberries.

I tried below with some freeze-dried strawberries I was sent from The Snack Organisation. These are all gluten-free and vegan-free. Delicious. 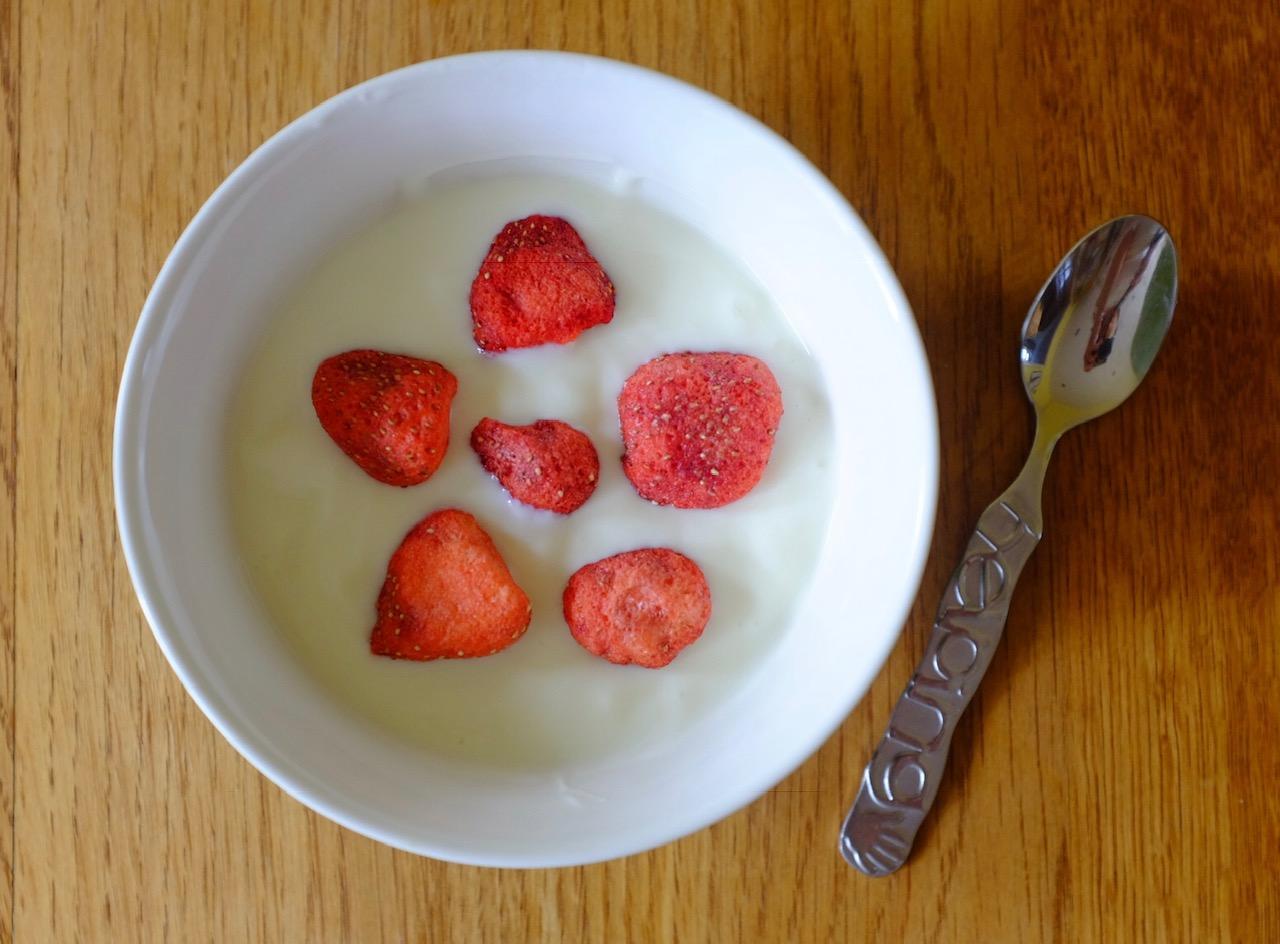 I was really impressed with making my own Hansell’s yoghurt. I’ll be honest I was a tad skeptical, as I’m one of those people who does like to just buy something! Bad, I know!

The process of making the yoghurt was just so easy and you can make a good amount – 1kg in one go, which for us, is perfect as we eat a lot of yoghurt. It tasted lovely and was really delicious with fruit.

Price-wise you get 6 packets from Hansells and the prices range from £12.50 to £15. This would make 6kg of yoghurt. We tend to pay £1.75 for a nice tub of Greek yoghurt and this is 500g, so this would cost £21, as an equivalent! Hubby gets a strawberry version which works out at £1 for 500g, so this would be around £12 for the weigh equivalent of Hansells, so similar. As you can see, depends what you buy but if you buy thick Greek yoghurt, you will save money.

Also you are re-using the containers, so this is much more eco-friendly.

I know yoghurt has many health benefits, as I talked about earlier. It is such a good snack to have with fruit or nuts and Hansells give you the options of lite or unsweetened, if you are conscious about your calorie or sugar intake. With so many people following lower sugar diets now, this is perfect. It’s full of protein and filling. I definitely don’t want to eat stodgy, snacky foods and plain yoghurt it is perfect alternative.

The main thing was the taste and I found it lovely with the ones we had. I did find the texture different, as found a little more gloopy but as I said, this didn’t affect the enjoyment of the yoghurt at all and I did wonder if I had make it correctly.

I was very impressed with Hansells and if you are thinking of making healthy changes for 2019, making your own yoghurt with Hansells would be a very good start!

Hansells are also very kindly offering a 40% discount on your first order!! Use the code Sarah40

Disclosure – we were provided with some product and compensated for our time. All thoughts and opinions are our own. 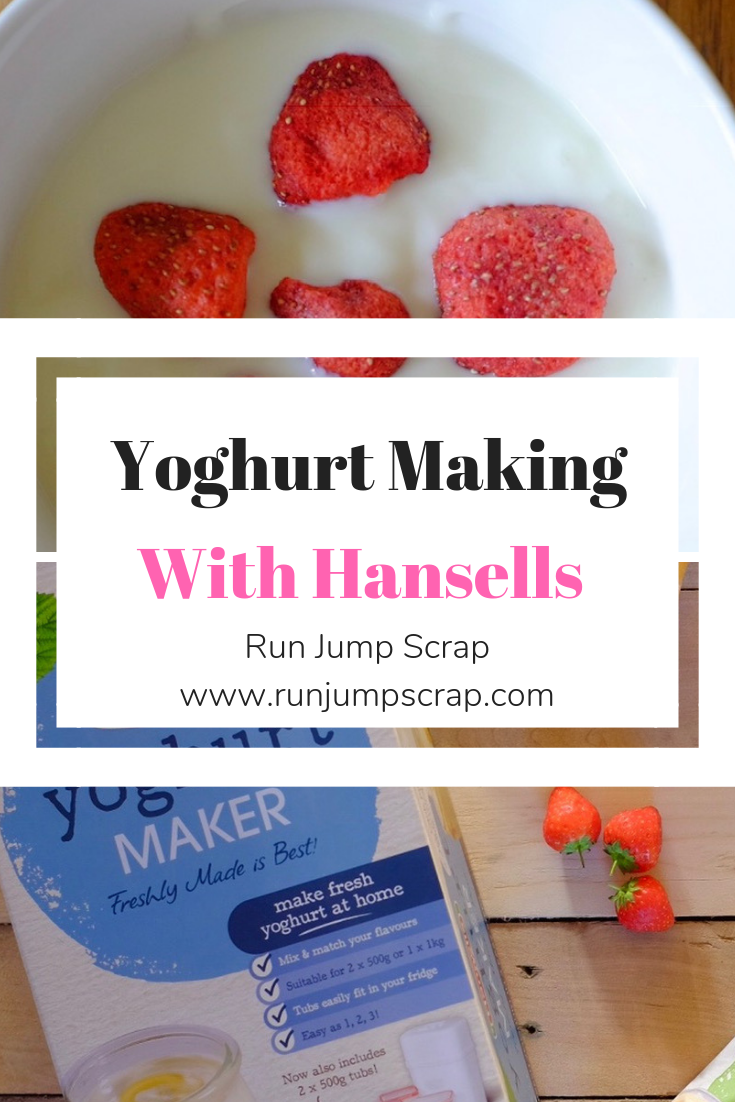