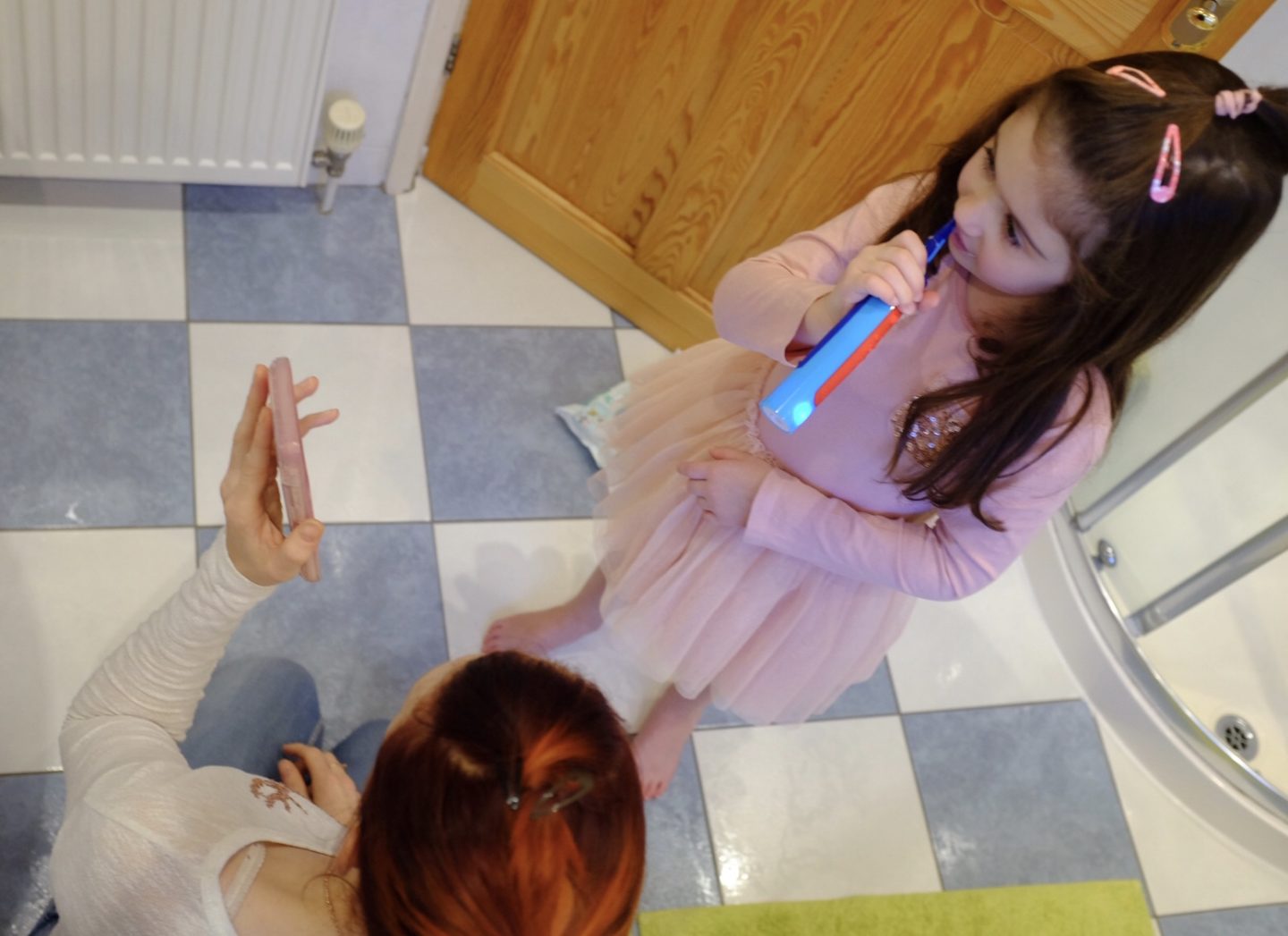 PR Sample
AD – My gremlin has got an awful lot better at brushing her teeth but we do still struggle with her brushing well and for LONG enough. Her current electric toothbrush has a timer on it but it’s tricky getting her to brush to for the whole amount of time. I knew I’d be keen to try anything innovative that would help her brush for a bit longer, so I know her teeth are getting a good clean! The Playbrush Smart Sonic Toothbrush may be the answer! 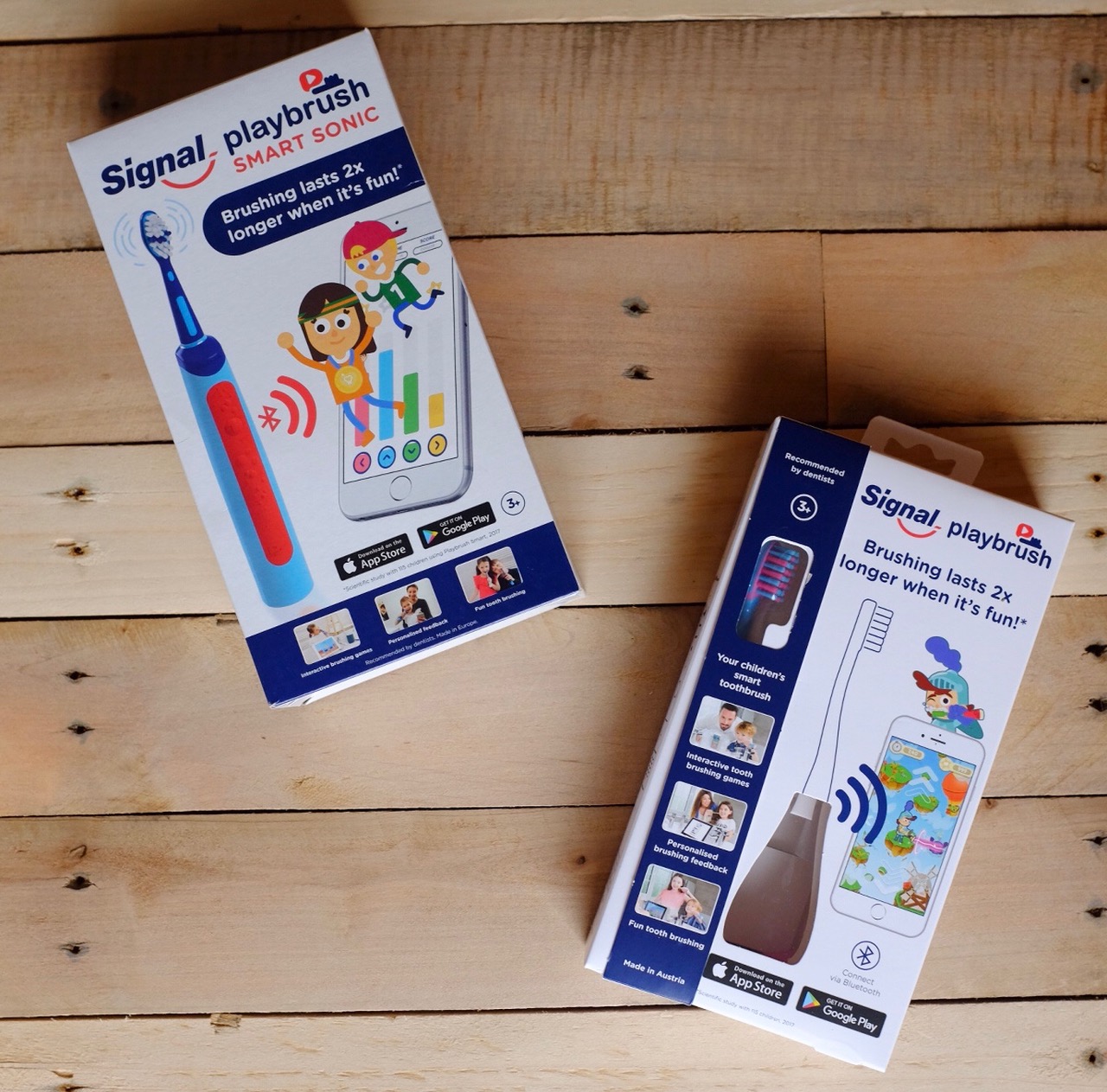 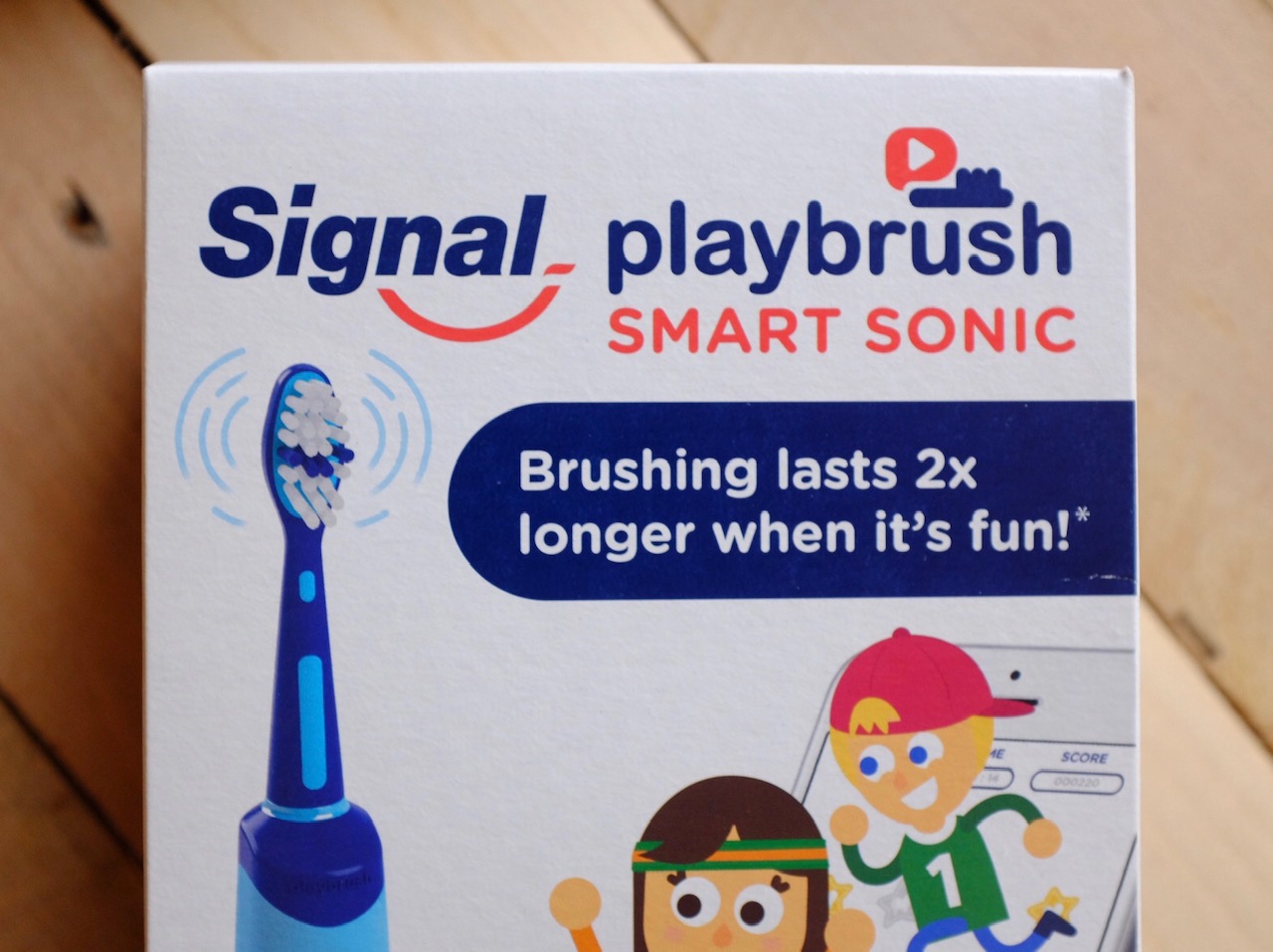 This toothbrush could be the end of all cleaning teeth, bathroom tantrums!! Both the Attachment and Sonic toothbrush connects via Bluetooth to smartphones & tablets to a FREE Playbrush App (Android and iOS). Children can play fun games with their own brushing movements and are incentivised to brush for long enough and all around their mouths. They get feedback after each brush and let’s face it, most kids love rewards and being praised. Most of all they like anything to be fun and a game, so I could see my gremlin may be enticed by the Playbrush. 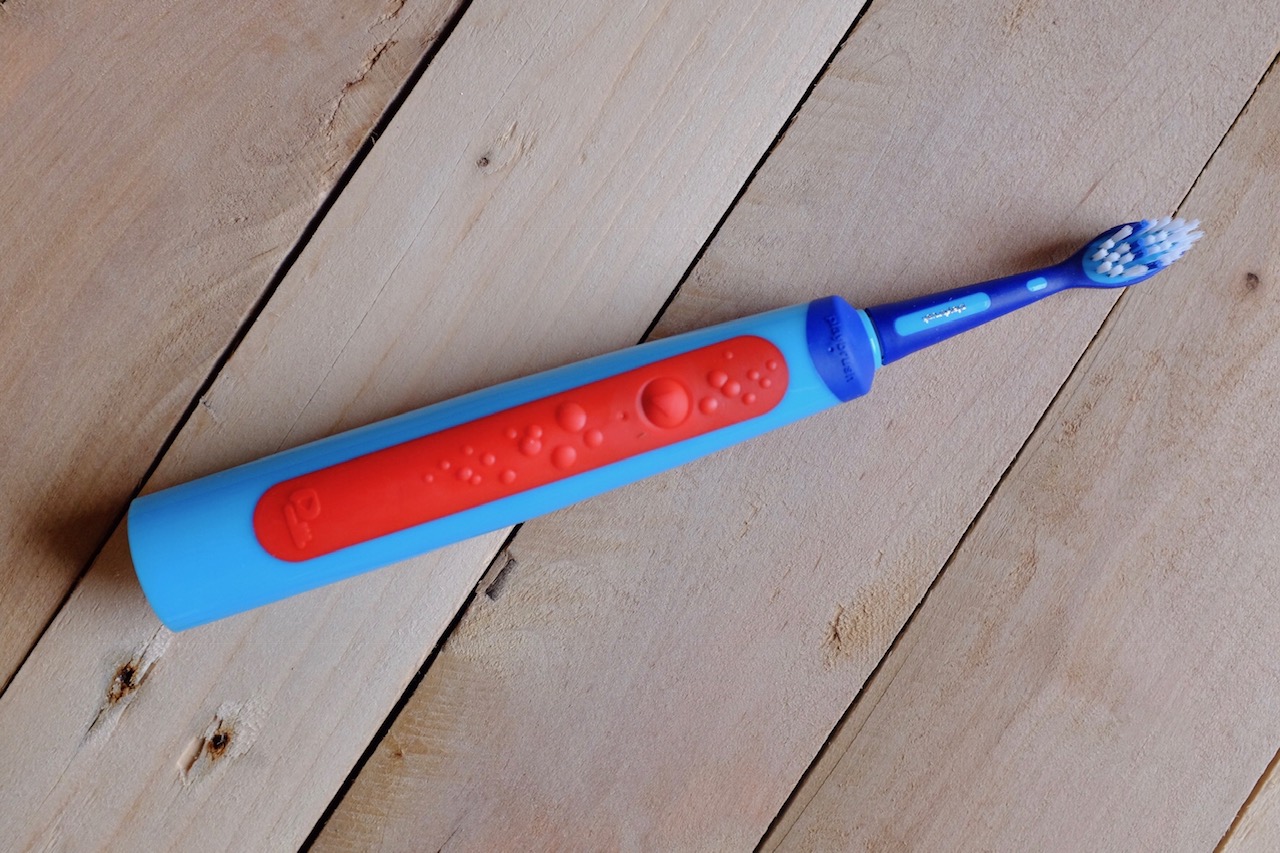 The Playbrush is recommended for children aged 3-12 years old.

There is also a subscription which gives you access to different games for your child to play, as they brush their teeth. This can make brushing even more competitive and fun. If you have more than one child using a Playbrush, the subscription allows multiplayer action and there are brush replacement subscriptions too. Check out all the details here.

Testing Out The Playbrush

I decided I wanted to give my eldest a week’s trial to see how she would get on with brushing with the Playbrush. Would it make her brush for longer with the incentive of a fun App to play on too? 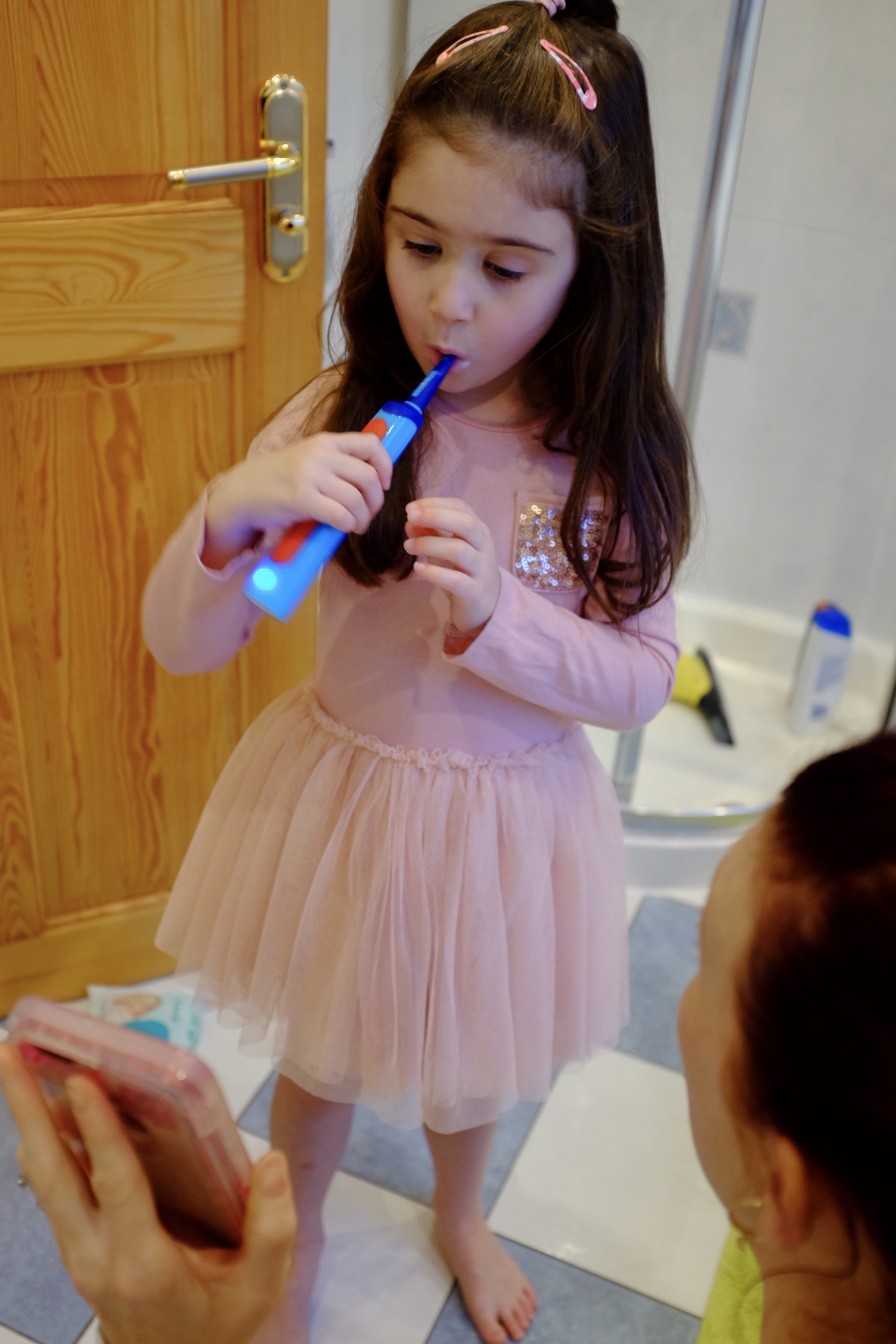 I was very keen to see!

The gremlin was pretty keen to have a go with the App and her new brush. I had charged the brush before having a go and you have to press it for the blue light to flash and this will connect to the App, ready to start brushing.

I found the App very easy to set up. You can add your child’s name and decide if they would like firm or lighter brushing speed.

Then off you brush. Your child has 2 minutes and there is a picture of a mouth. It shows you which part of your teeth to brush and you watch the dirt and germs disappear.

Don’t Just Take My Word For It….Try the Playbrush with Your Kids!

Here is your 20% Discount Code. 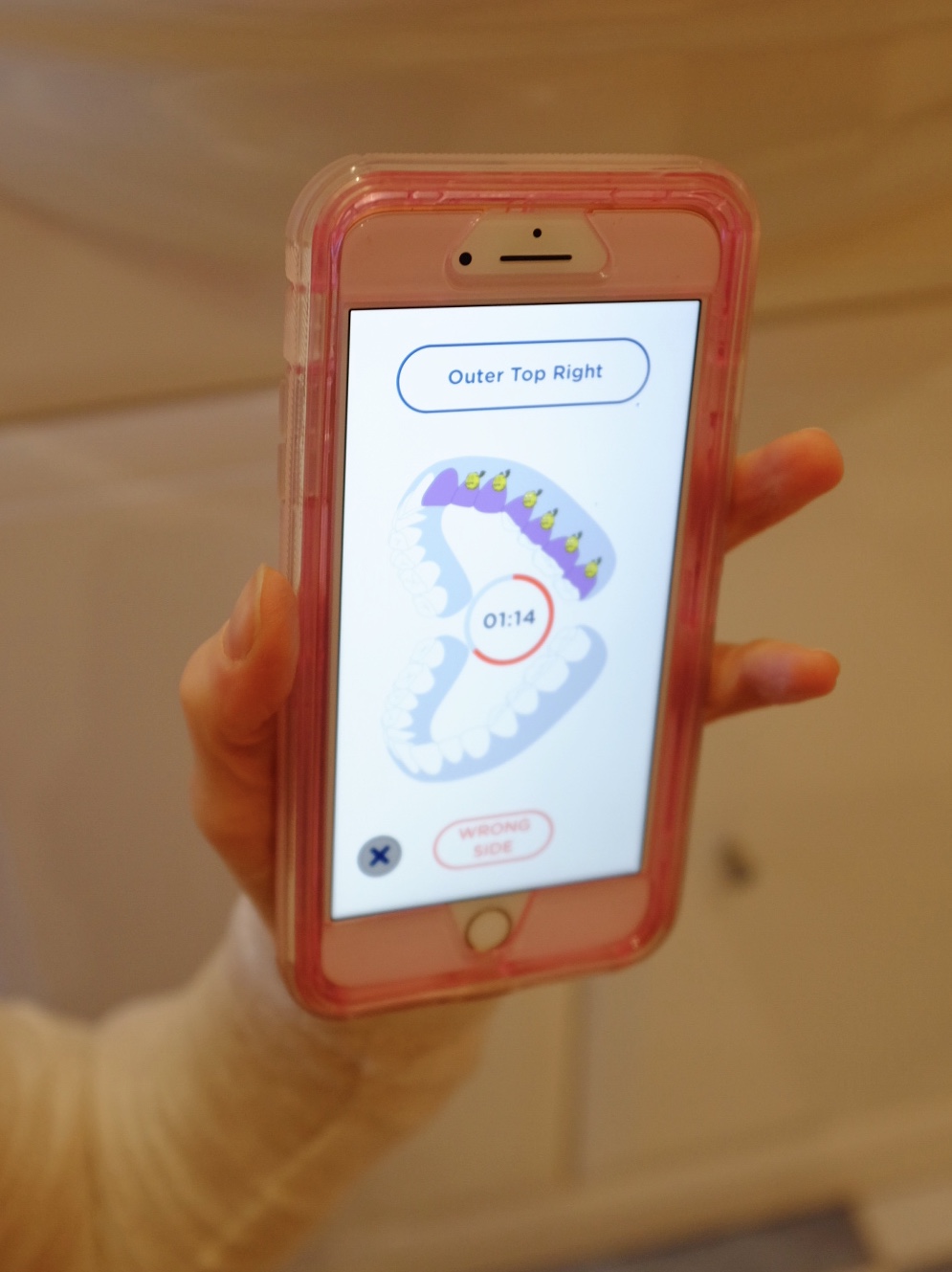 My eldest did struggle at little at first with her left and right, as it’s opposites. The App does tell you if it’s the wrong side and to not brush too hard. At first she scored around 55% but a few days in, she was on 71%; so her brushing technique was improving! Plus she was brushing for 2 minutes, which she never did with her current toothbrush. 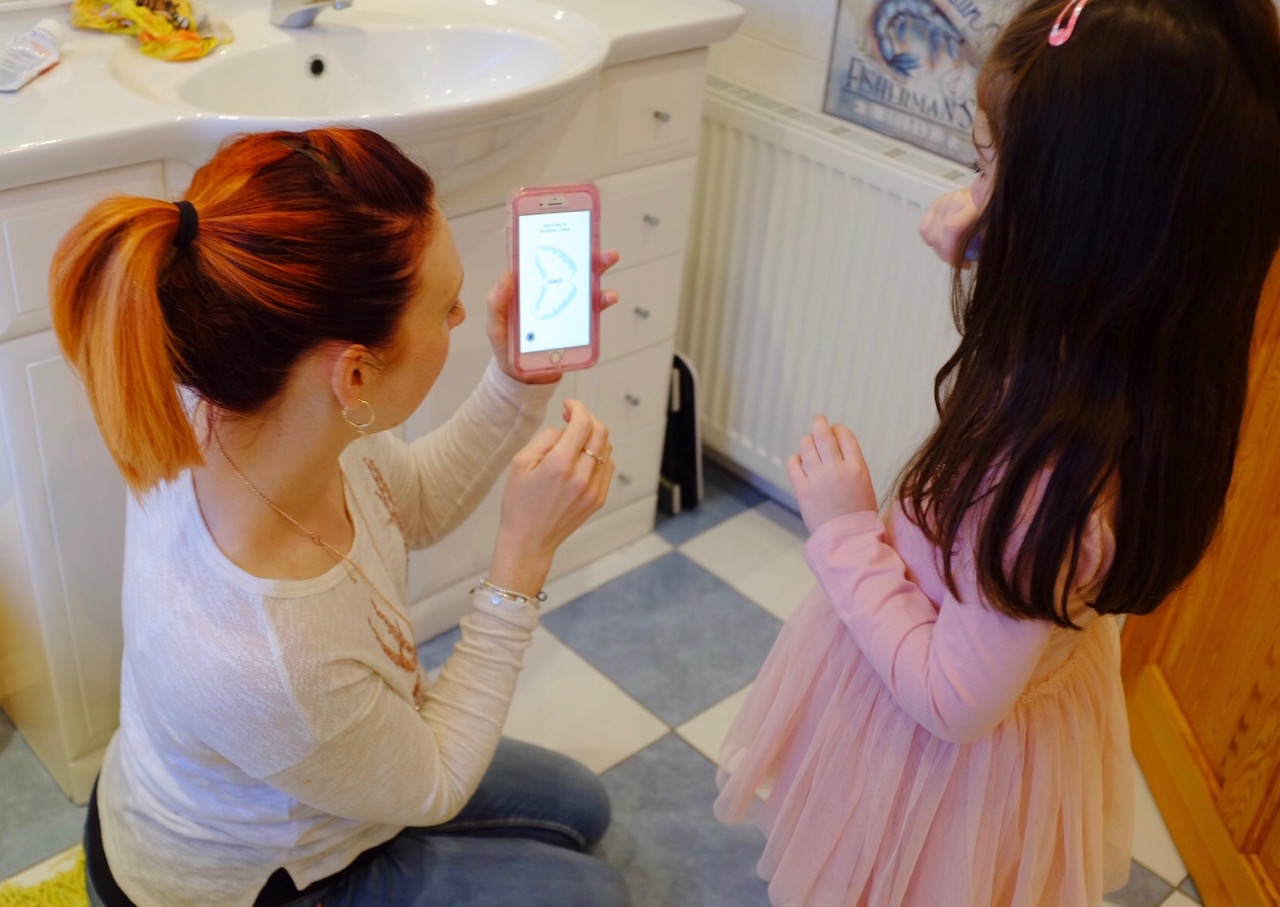 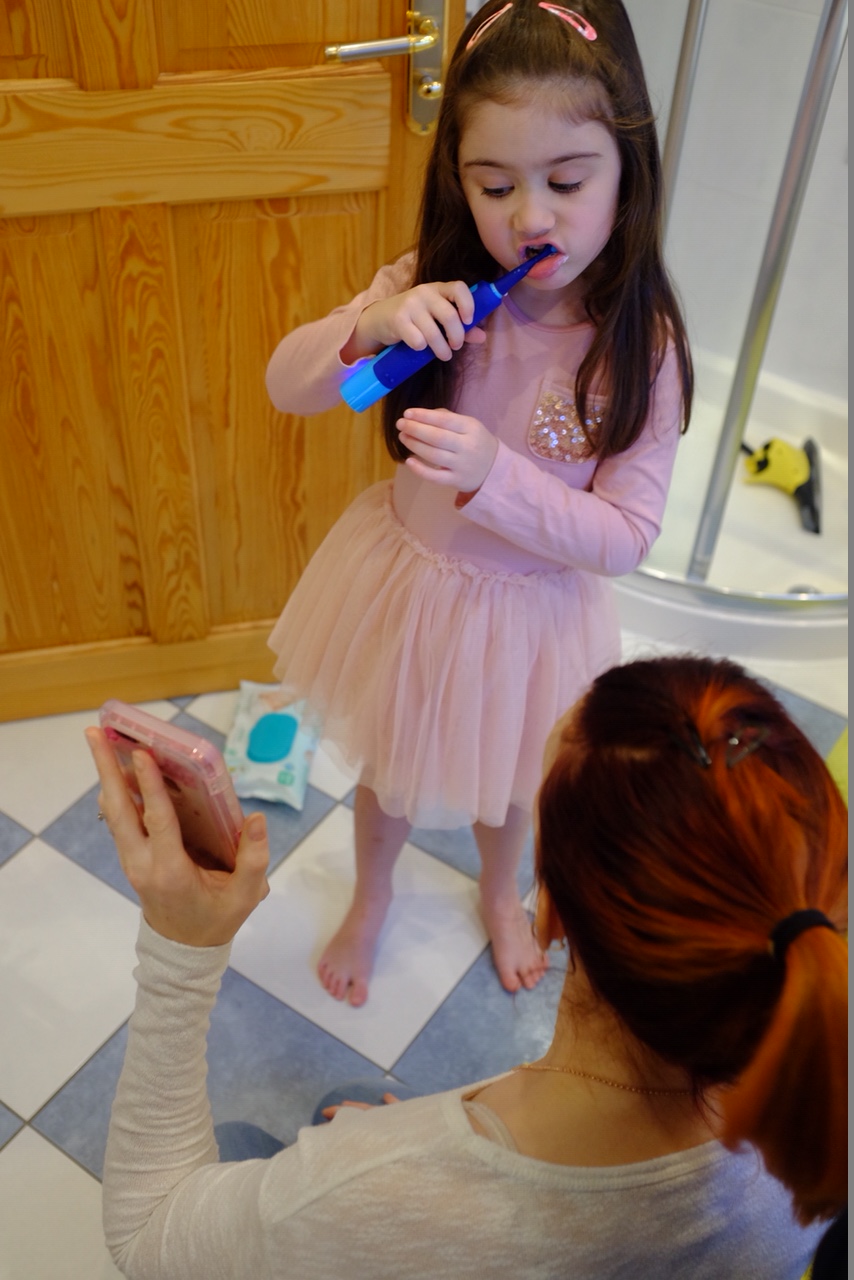 She also enjoyed playing on some of the games, available with the subscription, which was fun for her.

Over the week her stats did improve and you can see this after every brush. She ended up with a score of 73% which was better than her starting one in the 50s! As I said, it took her a little time to get used to following the App and instructions. 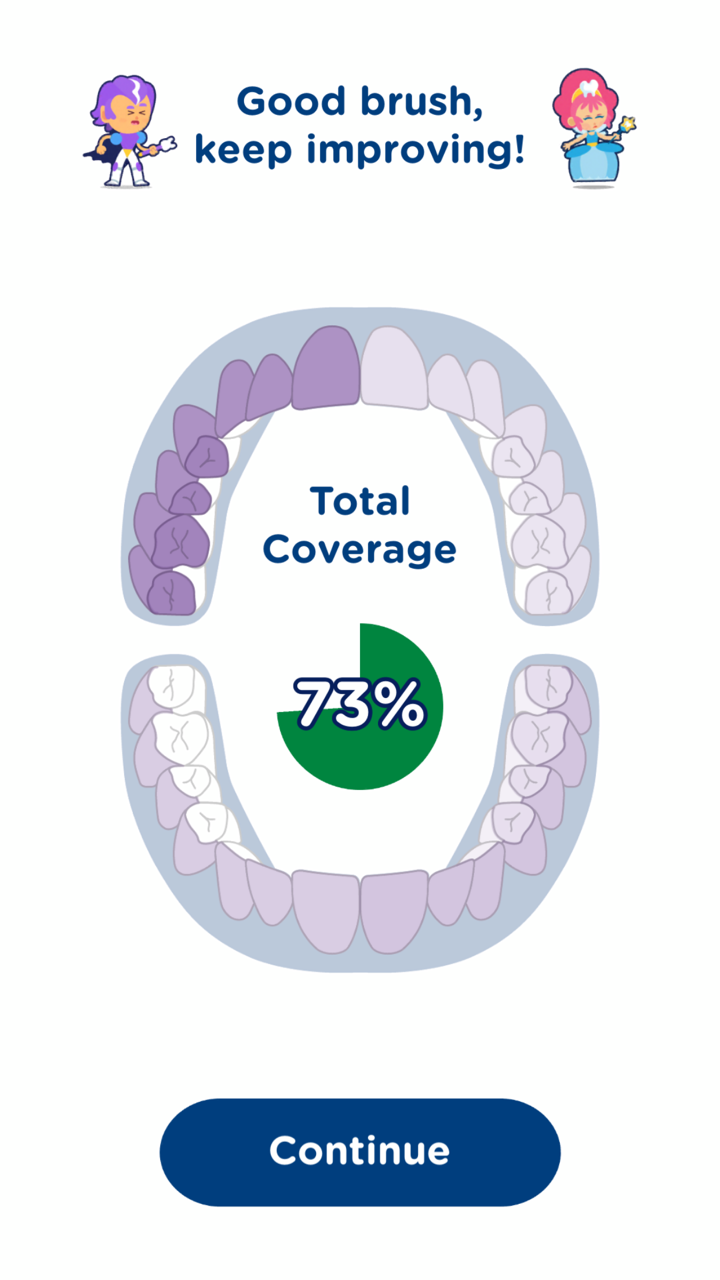 I was pretty impressed with this product and App. We NEVER get my eldest to brush for two minutes, even with a timer on her current brush. It just never happens!

With the Playbrush, when playing the games, the time just flies, even when I am sat with her and she always hits two minutes. What I also loved was she improved with her brushing over the week’s trial. I expect this will continue to improve as she practices with the games. I liked how we could monitor her stats, if she was brushing enough times a day and what she was achieving.

I’m not sure if with her old brush she was actually hitting all the correct areas in his mouth, so the Playbrush will really help with that and put my mind at ease.

The charge on the brush seemed to last a while too. We have only charged once so far and the battery life looks like it will last a while which is always a bonus.

One issues is if you don’t subscribe to one of the options, you do have to buy the specific replacement heads, unlike some brushes. This isn’t a major thing though, as toothbrush heads do tend to last a while.

I have heard some friends of mine say they have awful battles with their kids to brush their teeth but Playbrush could be the answer to their prayers.

We would give the Playbrush a thumbs up. It worked for my little girl, has made teeth cleaning a lot more fun and I’m sure her teeth are seeing the benefit. 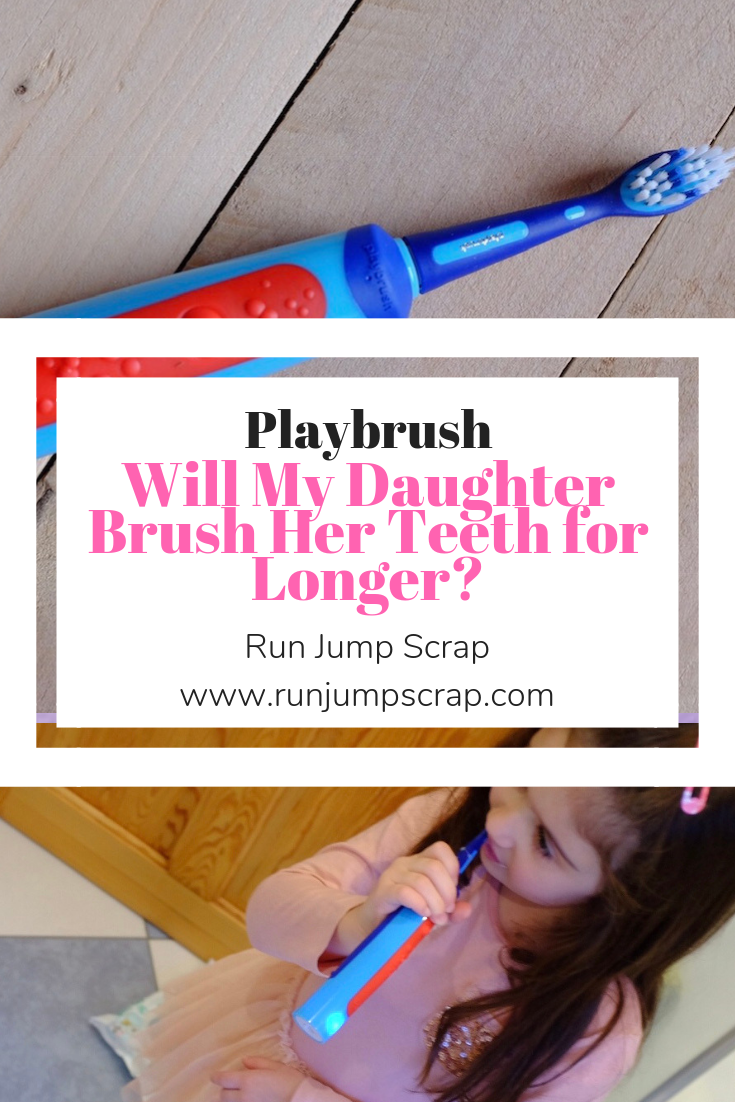