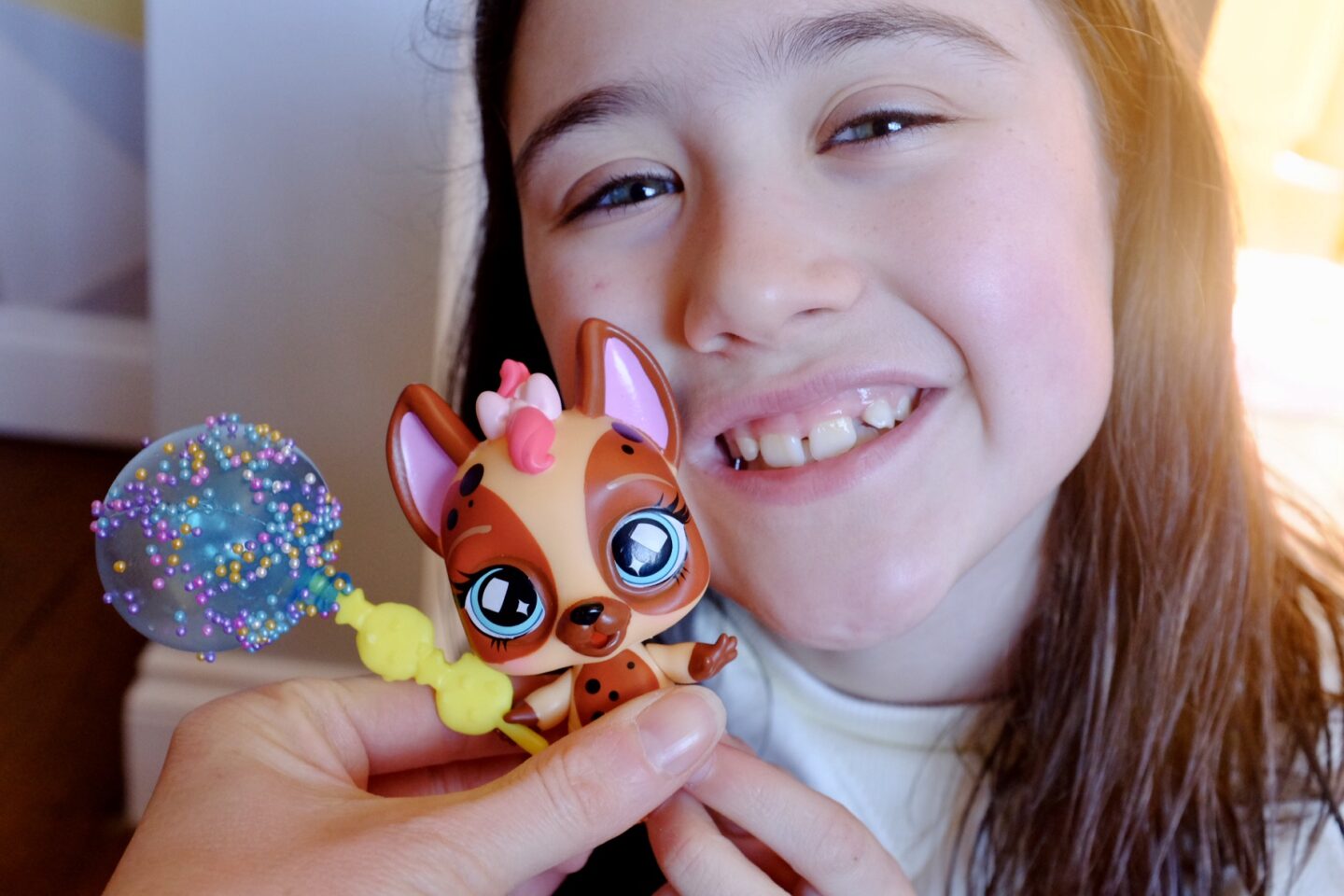 It feels like a while since my girls have been official toy testers! They love a new toy, especially one that is unique, involves unboxing and blind bags. Bubiloons from IMC Toys completely fit the bill and actually all three of my kids were been to get involved. 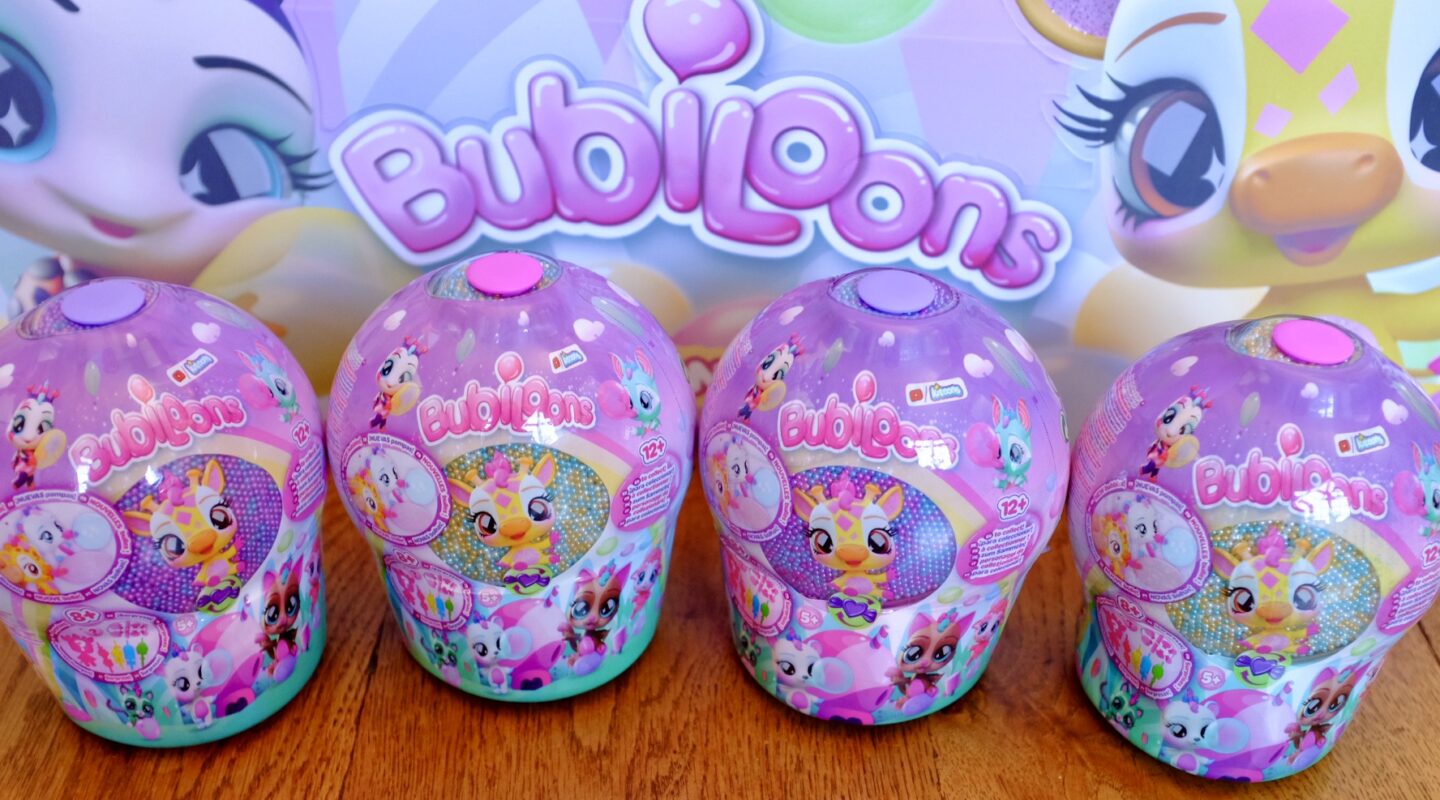 Bubiloons RRP at £9.99 and are recommended for children aged 5 years and over. You can find then at Smyths Toys.

Bubiloons are cute animal dolls who live in a world full of bubbles, colour, and candy! You can collect all 12. They blow bubbles that turn into amazing creations.

You spin the wheel on the capsule and the colourful beads will fall to reveal your surprise Bubiloons character inside! The Bubiloons can magically create 4 different types of bubbles. You cab decorate your bubbles with the included beads.

Each capsule comes with 8 bubi-goos and 7 accessories to play with: 1 bubble maker, 1 bubble deflater, 1 personalised object and 4 sticks to display your creations on.

My kids couldn’t wait to have a go! Bear in mind I do have a 3 year old who wanted to have some fun but he was fully supervised at all times. 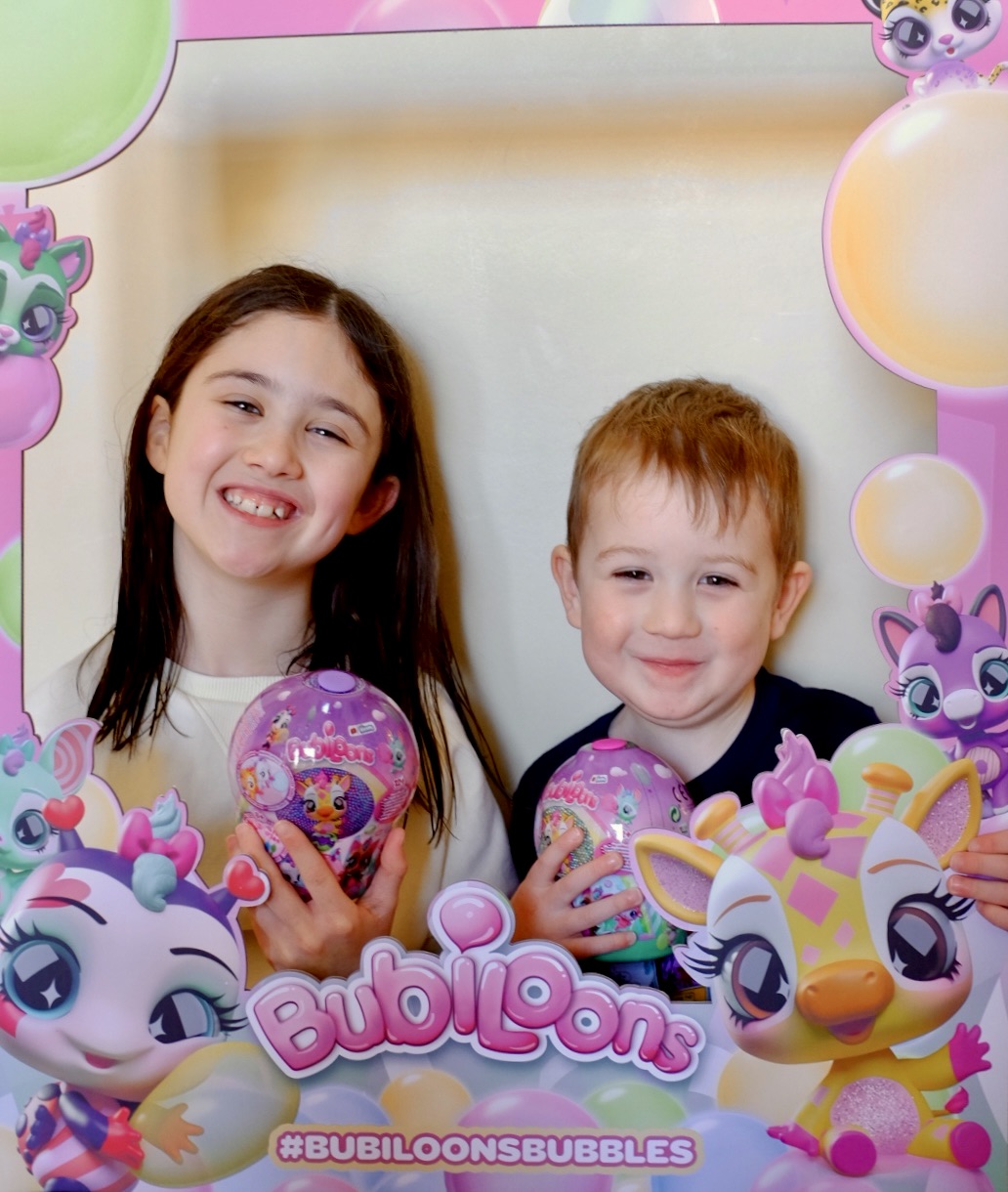 It was slightly chaotic with all three kids wanting to unbox the Bubiloons but nevertheless we got stuck in.

You start by simply removing the wrapping and some instructions pop out to help.

There is a wheel on the front of the capsule that you spin to reveal which character you have, as the beads are supposed to drop down. However, this only worked slightly for 1 of our 3 Bubiloons. It seemed they were quite covered in static. We tried a few times and shook it but the beads did not fall, so we ended up opening ours up to reveal the characters. 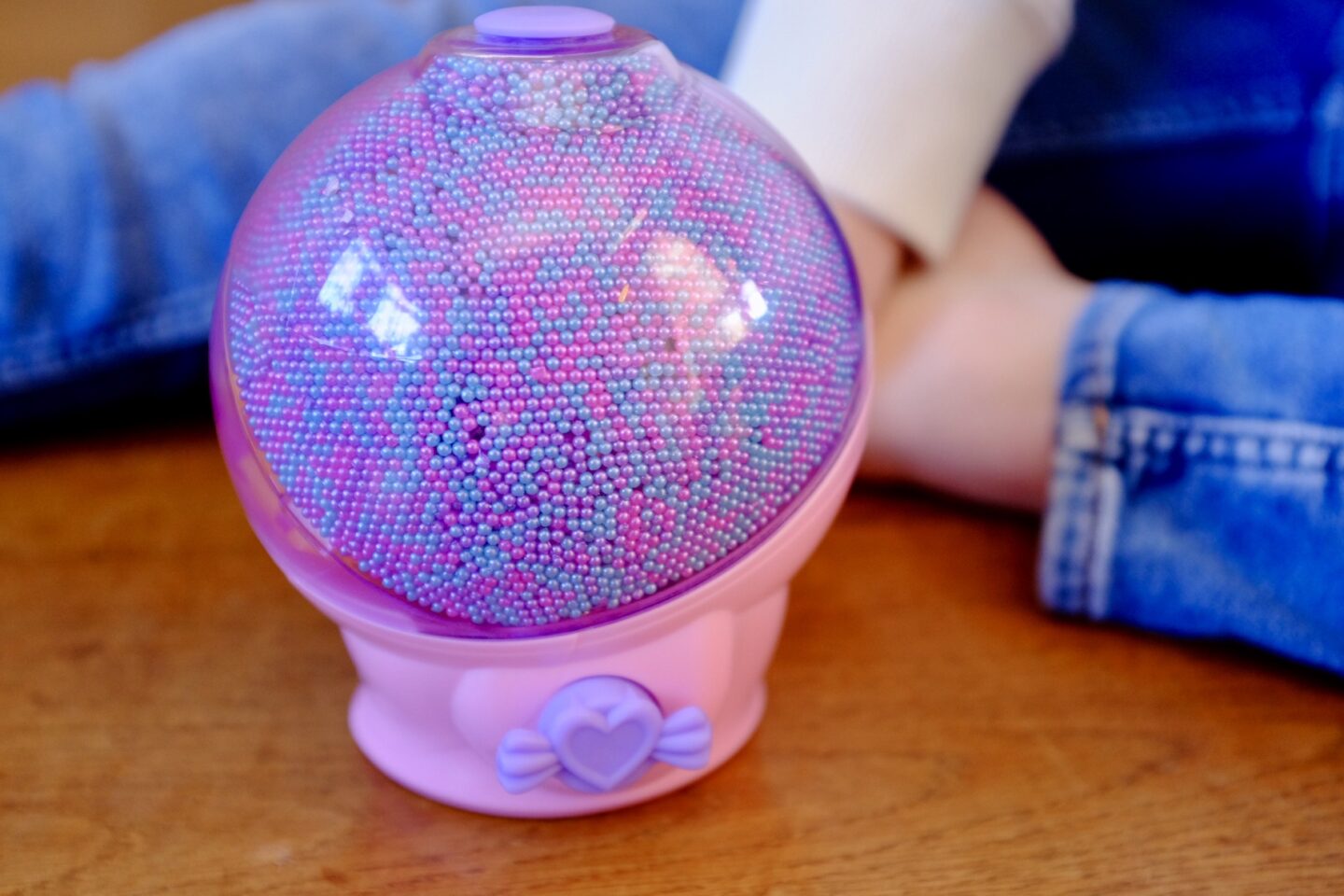 As mentioned there are 12 you can collect.

Each character comes with a bag of balloons, 2 blind bags to open, containing the bubble maker, deflater and sticks to display your bubbles on.

You can see below my eldest’s character came with skis, as their personal accessory too. 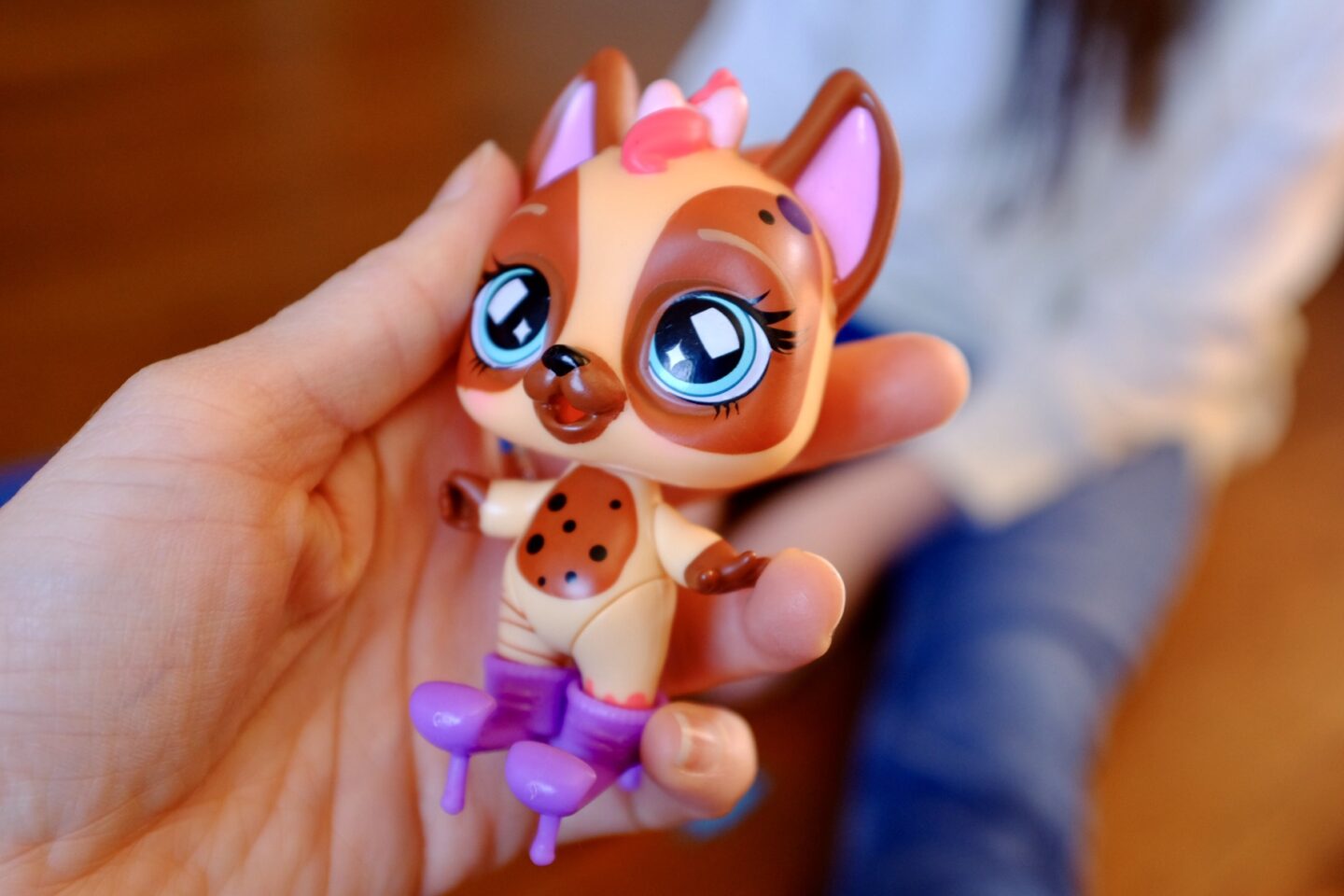 The beads sit in the bottom of the chamber. There is also a little chair included to let your character sit on. 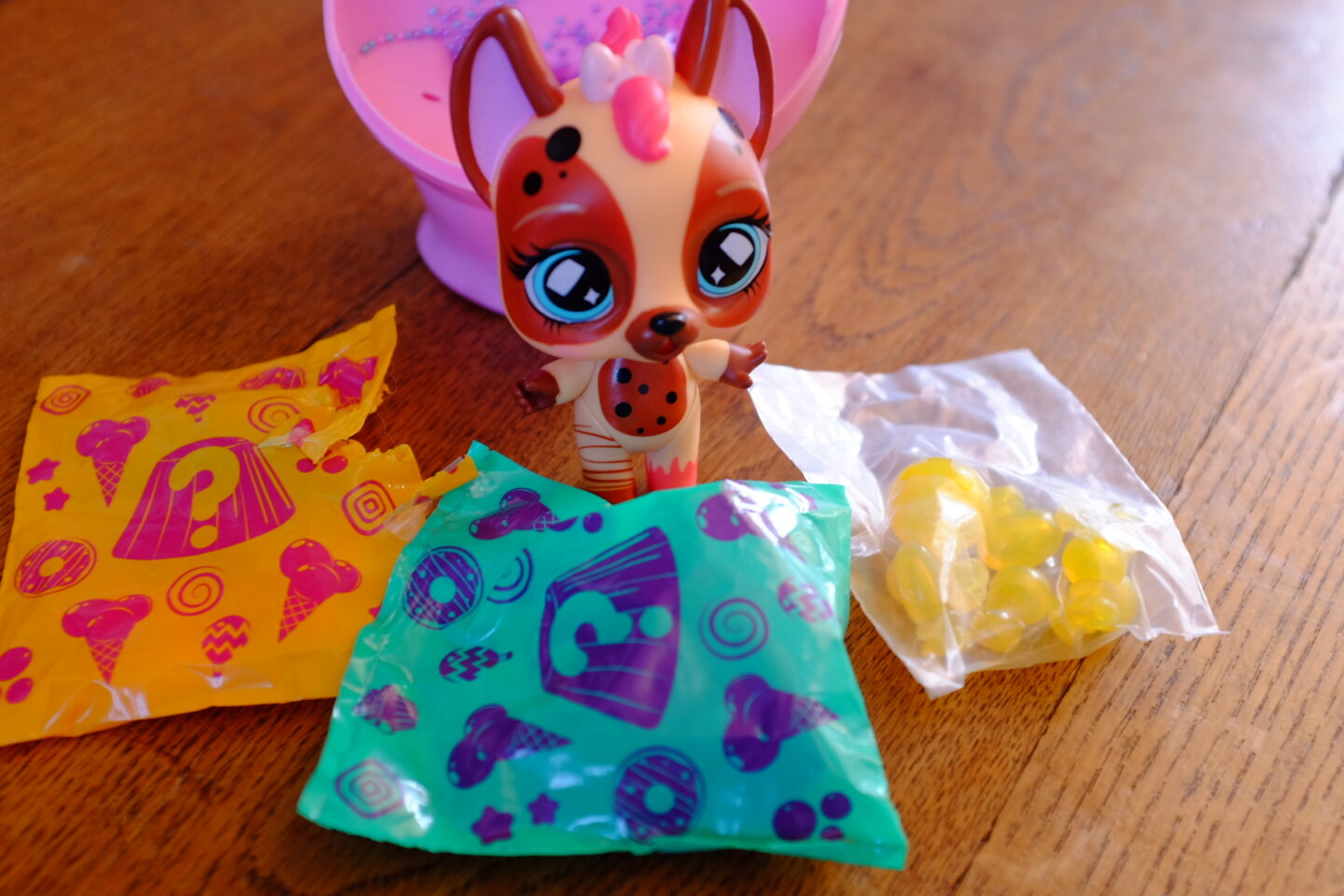 My eldest was really keen to get her Bubiloon character to blow bubbles and this as quite straight forward. You put the bubble maker into the Bubiloon’s mouth and the attach the balloon to the other end. You then squeeze the Bubiloon’s head gently to inflate the balloon. 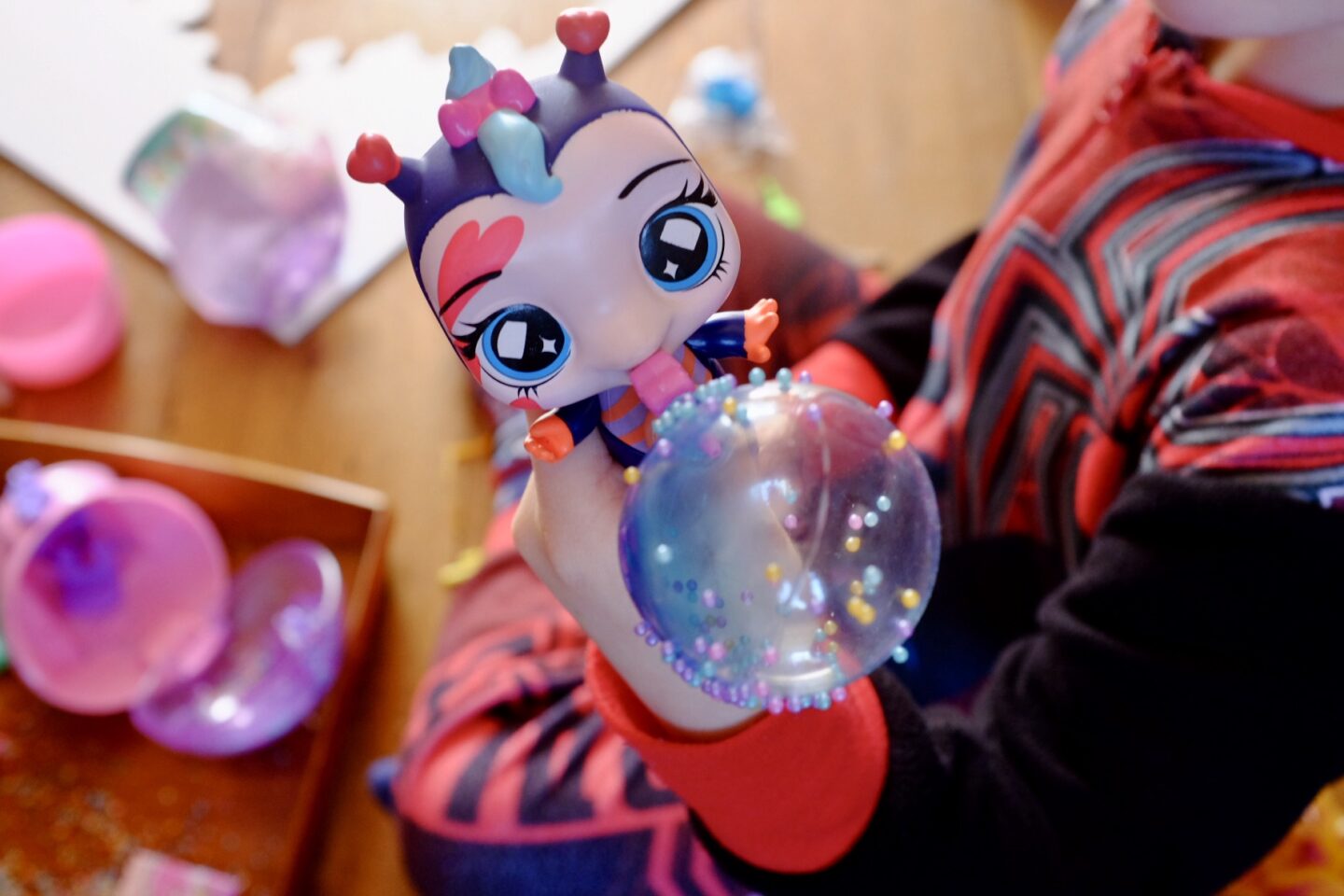 As you can see above you can then decorate your balloon with the included beads. You can do this by hand or roll the balloon in the beads. We found we couldn’t cover the balloons as the beads didn’t fully stick all over but could get some on.

I’m not going to lie the beads get everywhere! We used a tray and bowls but there is no stopping these beads. I had to have a good hoover afterwards. You can of course store them in the base of the chamber but yes, some escape. 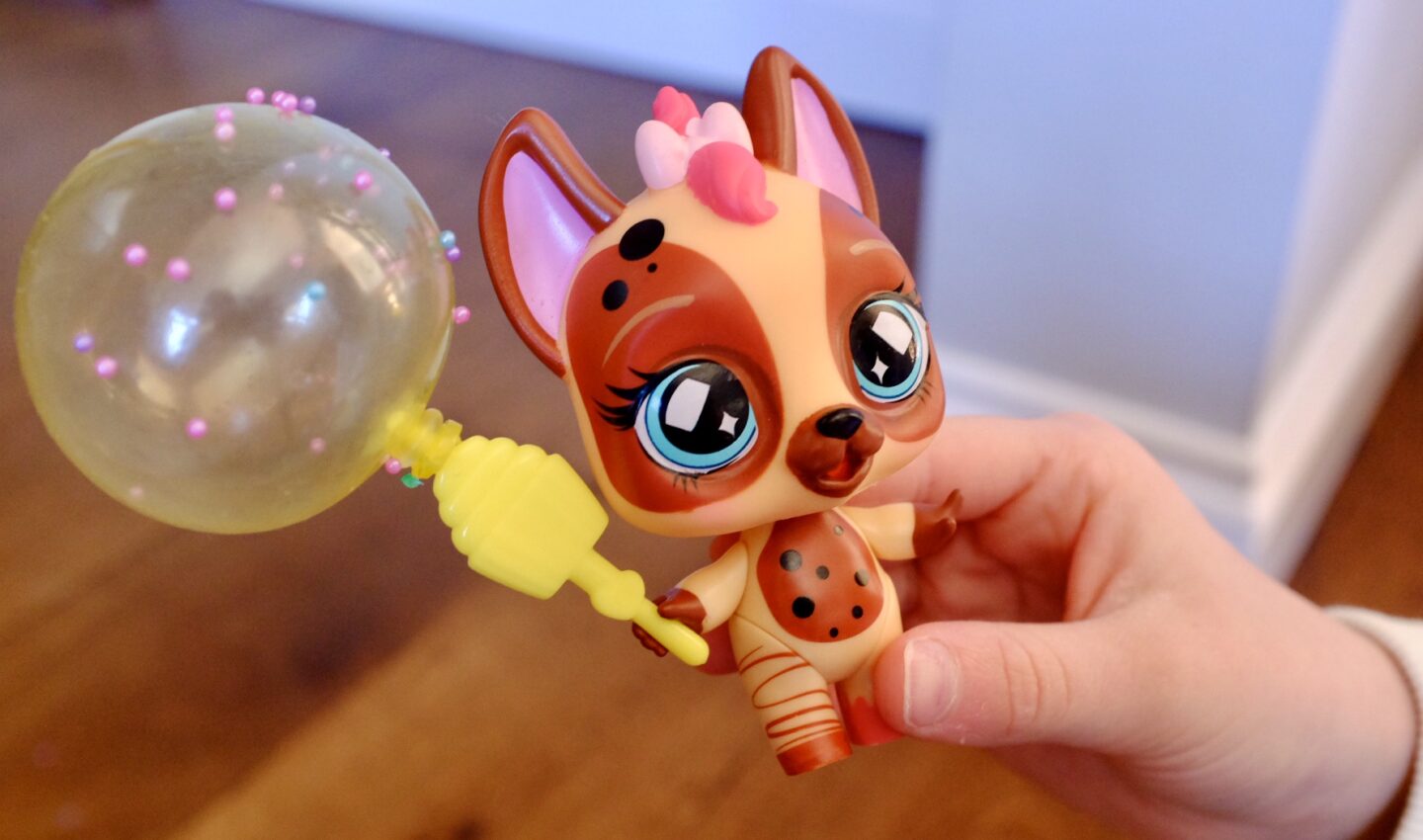 They come with a personal accessory too, as well as the balloon holders.

We were a little disappointed with the revealing aspect, as it did not work for us properly or very slightly for my little man when he had a go turning the wheel. This would have been pretty cool to reveal the character. Hopefully, this will be better for you. I do always review as honestly as I can.

The kids absolutely loved the characters; my eldest in particular. She found them all so cute and is already talking about wanting more. The bubble aspect works really well and then balloons are very sturdy. They don’t pop and can be deflated. They are quite like squishes too and quite therapeutic to play with.

In terms of decorating the balloons, my kids liked doing this but we did find it hard to fully cover the balloons with beads. So it was more partial decoration. Also the beads do go everywhere! You can keep them in the container but after a while my girls wanted to play with the container and use it as a home for their characters. They ended up washing them out and we lost some of the beads then. Have the vacuum handy!

The Bubiloons characters look really cute holding their balloons too. You can have little competitions to see which person can blow the biggest balloons.

Price-wise I thought £9.99 was pretty reasonable. There is lots to do, the characters are lovely and they kept the kids entertained for a good while. They would make good birthday presents too.

Just bear in mind can be a bit messy and fiddly but also a good activity for you and your kids!