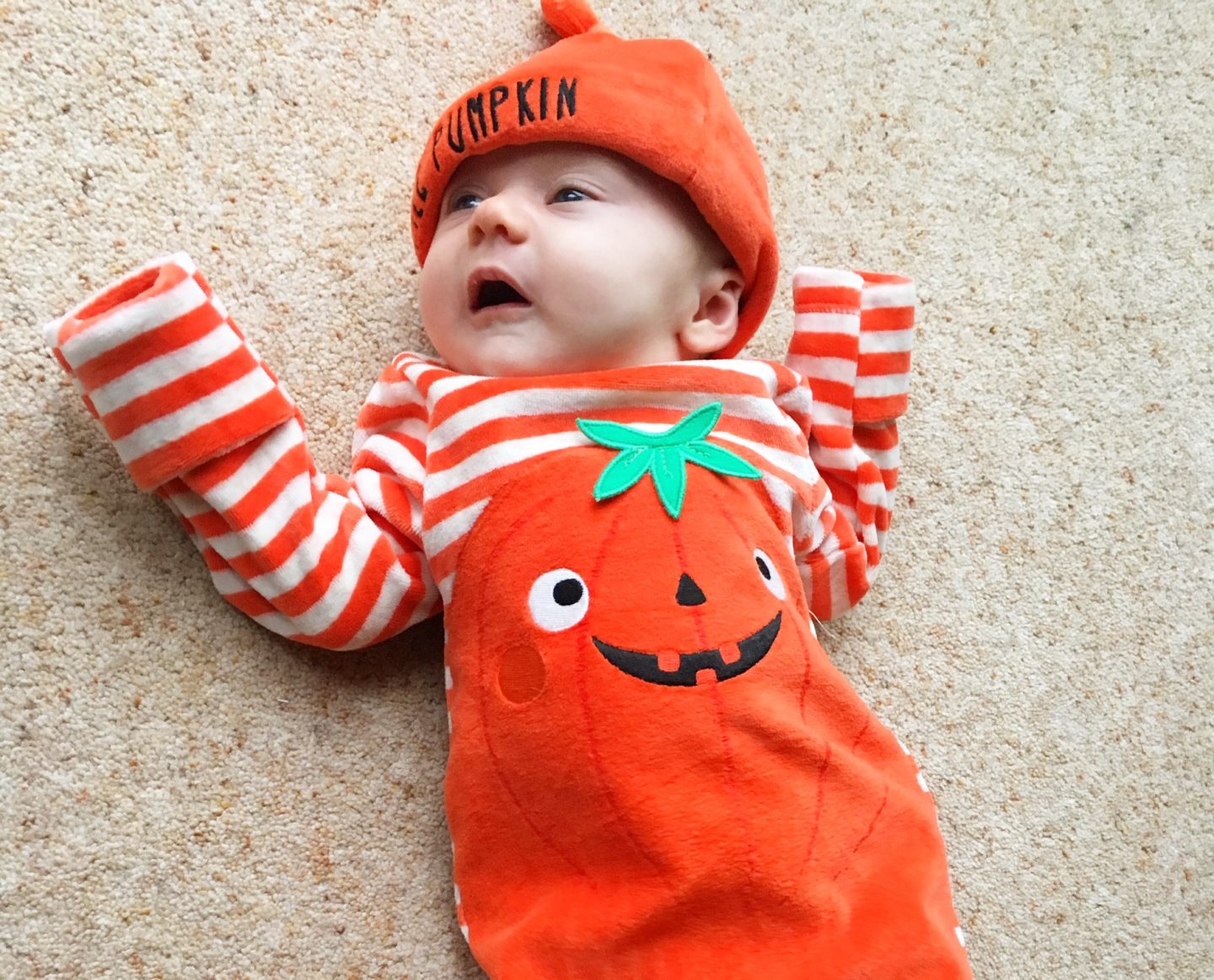 Should our kids go trick or treating? It was a question I asked myself when my gremlin was about 4 years old. This was the first year that she went alongside our neighbour’s kids. She LOVED it and I had to admit it was one of the cutest things ever. She’s a total sweet toothed little thing, so knocking on doors for free sweets was her idea of heaven.

I’ve written before about why my mind was changed with trick or treating. Before kids I really didn’t like it. I was brought up to think it was begging and had never been taken as a child. My Mum was very against it and I didn’t have many friends who regularly went. Halloween was never that exciting when I was a kid but as I got older, I went to some parties and had a little more fun.

I was never sure what I would do when I had children but as I’ve got older, Halloween just seems like more of a big event in the UK than it ever was before. The shops are full of stuff, costumes, decorations, food and general spooky stuff. Things have changed. Times have definitely changed.

I knew my eldest would learn more about it at school and would find out about trick or treating, so I decided to have a little more of an open mind. And I was glad we did. We do go annually now and are thinking about taking my middle child this year. We are lucky in our area lot of kids go trick or treating and if a house is decorated or has pumpkins, it’s usually fair game! 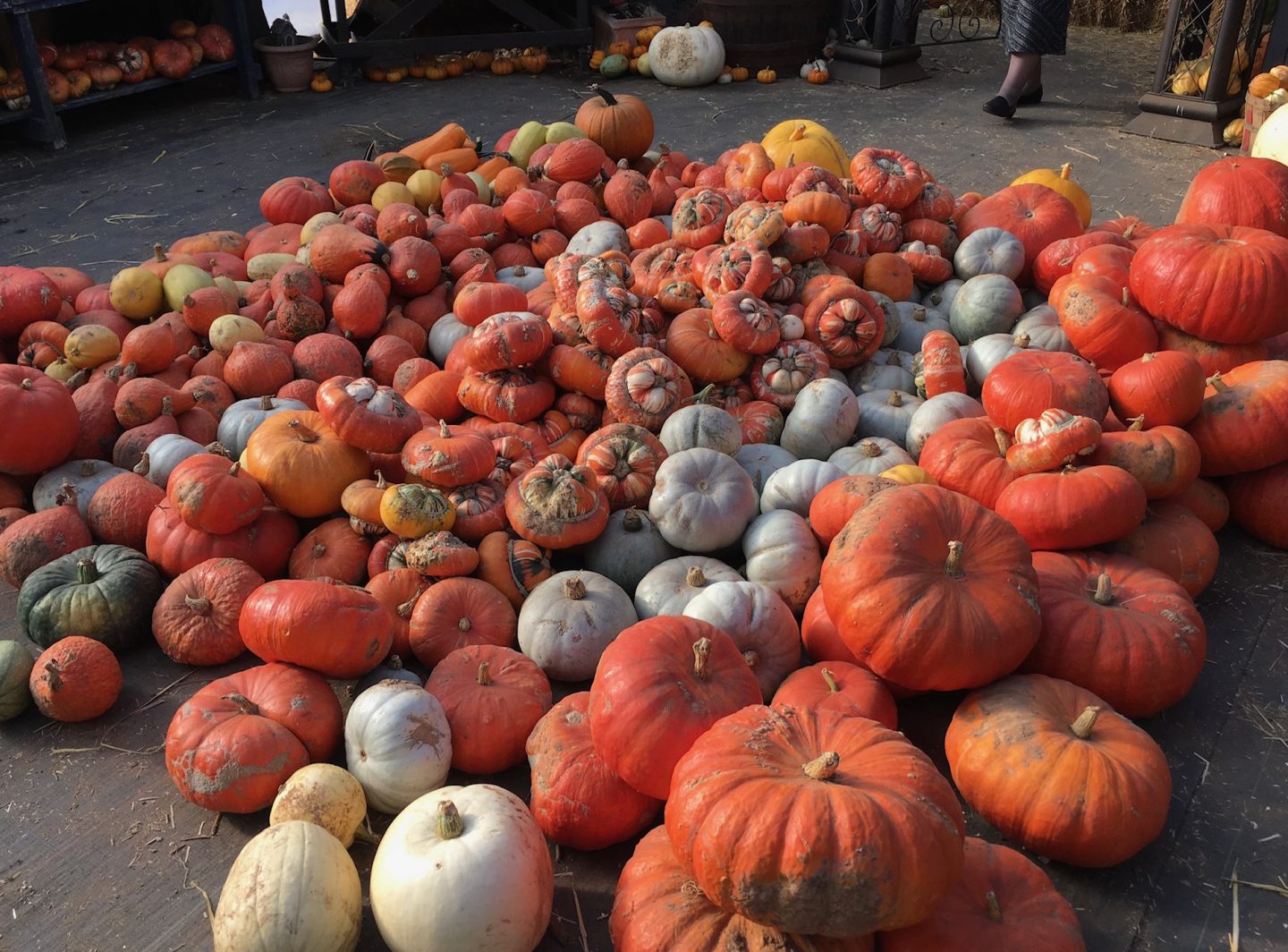 I wanted to know what others thought.

Should our Kids go Trick or Treating?

I asked a group of bloggers their thoughts on trick or treating and this is what they feel with their children:

In our neighbourhood, if you want to receive trick or treaters, you pop a pumpkin outside or in your window. No one knocks if there’s no pumpkin. Our boys have gotten to know their older neighbours this way and it’s always been a very highly anticipated night! I think it’s the most we speak to each other all year! – Sarah from Keeping up with the Jones Family.

Since moving to our village we’ve done it every year. It’s a big thing here! The rule is to only knock if there is a pumpkin outside. I think as long as people are respectful, say thank you to people and it’s done properly. It’s a lovely way to bring a community together. – Laura from Dear Bear and Beany.

I don’t have any issues with trick or treating as long as the children are accompanied by an adult. In our area, we only go to the houses that have decorated or put pumpkins outside. – Karina from Mum’s The Nerd.

We do it & love it! In our neighbourhood the policy is that if there’s a lit pumpkin outside the house trick or treating is welcome, and if not then don’t knock. Simple & that way everyone is happy! – Natalie from Confessions of a Crummy Mummy.

Our little boy has autism so constant knocking on the door would be an absolute nightmare, he just wouldn’t cope at all. Thankfully we live on a street where he’s the only young one so we very rarely have anyone knocking but if we lived elsewhere then I’d have to leave a note on the door asking not to knock. We don’t decorate at all, again due to his sensory issues so hopefully that helps people realise we don’t participate. I hope people realise that people that don’t get involved aren’t just miserable. – Toni from This Mama.

I never went trick or treating as a child. I was always taught that it was begging and shouldn’t be done. My own daughter is 3 and we’ve never taken her so far but might in a year or 2 if she asks. – Lyndsey from Me, Him, The Dog and The Baby.

We haven’t been as I’m not keen but my child is desperate to go. And I remember really wanting to go as a child too! Our estate decorate their doors if they are happy to have trick or treaters so we’re going to take him and just stick to the homes that clearly don’t mind Halloween! Some people go crazy! – Emma from Me and B Make Tea.

I never went as a child and last year was the first year we took the kids, they loved it and loads of houses went all out so there was a fab community spirit, we will be taking them again this year. I think as long as children are respectful and polite and only go to decorated houses it’s all good. – Helen from Blogging Beautifully.

We love Trick or Treating and it’s a big part of our seasonal calendar. So many people in the village really embrace it and decorate their doors and gardens. It’s a great community event and everyone loves it. We only go to the decorated houses – they’d be so disappointed if we didn’t! – Nikki from Yorkshire Wonders.

You’d struggle to not take part where I live! 1200 houses all go totally Halloween CRAZY! (Rumours are that coaches visit to see the decorated houses!) It’s a huge event here, and planning starts early on – even our local church offer soup and hotdogs to trick and treaters and their parents. It’s the biggest community event we have – if you didn’t love it, you wouldn’t live here! It’s good fun. – Tracey from Pack the PJs.

I don’t think it’s essential, but we did do it for the first time last year when my kids were 4&5. I think it hugely depends where you live and if you know the neighbours. We only visited our friends houses and stuck together in a large group in brightly lit areas! – Sarah from Whimsical Mumblings.

As a Canadian expat I have strong opinions on this: I LOVE Trick-or-Treat-ing. it was a MAJOR part of my childhood, especially after a certain age (8ish?) where I could go out on my own with friends, in our neighbourhood. The fact that not everyone does it here is one of the (very few) drawbacks of having moved to the UK. We’re lucky though, we live in a part of London where there are lots of people who do actually celebrate Halloween, so my daughter gets to enjoy the same traditions as I did, although on a smaller scale. – Chantelle from All Things Christmas.

My parents always took us as kids, but only to decorated houses. I think it depends on where you live as well. Where my Dad’s from, the culture is pretty horrible, older kids knock and want money, and if you don’t give they do vandalise the houses and cars, so I’d never want my kids involved in anything like that so wouldn’t take them or let them go out there. My daughter’s birthday is Halloween so we always have a good reason for celebrating anyway, without trick or treating! – Hayley from Miss Manypennies.

In Edinburgh, we go guising, which is the traditional way in Scotland of celebrating Hallowe’en. Instead of just shouting “Trick or Treat” kids are expected to perform a joke, song or poem in return for their goodies. One year my son performed a magic trick. I much prefer it this way, as it feels less like begging and we have some neighbours without kids (eg students and elderly people) who actually enjoy it when the kids come round and put on their performances. Anyone who wants to welcome guisers just puts a lit pumpkin or other decorations outside their house, so you know exactly which houses you can go to without upsetting anyone. – Jenni from The Bear and the Fox.

My children are 6 and 2.5 and they love doing it. We meet up with some of our friends and head out earlyish (so we miss the bigger kids!) – we generally head to roads which have a lot of houses that are decorated and we would only knock on the doors of those. – Elaine from Entertaining Elliot.

I’m going to be the bar-humbug and say I really don’t like trick or treating. We love Halloween parties and organised activities. But not knocking on strangers doors… even if they do have flashing beacons saying ‘this way trick or treaters’. – Annette from 3 Little Buttons.

I think trick or treating is such a lovely, fun tradition, and we really enjoy taking our little ones out. They know to only know on the doors of those with pumpkins / decorations out, and we always stand with them as they’re still young. We love welcoming trick or treaters too, but get really irritated by teenagers putting on a mask or not dressing up at all and knocking on my door.. they’re just being cheeky!! At least make an effort I think. – Emily from Emily and Indiana. 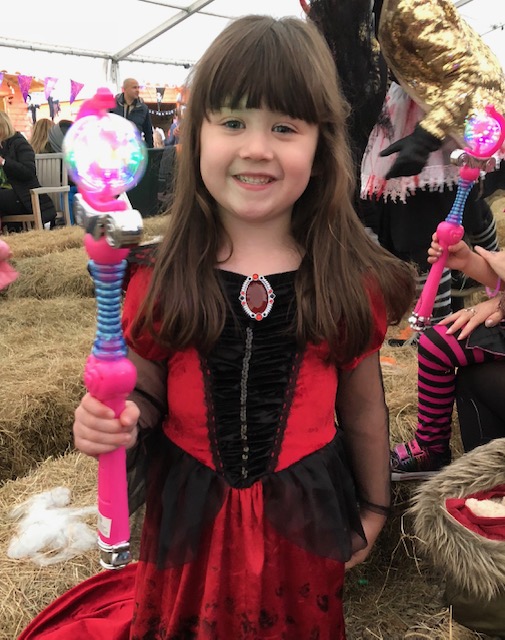 It seems the times really have changed with most people being pretty open to saying yes to letting their kids go trick or treating. I do feel we have embraced Halloween more and more as the years have passed and our children will see it as a normal tradition and part of their childhood. I like this! To be honest I think I wanted to do more for Halloween as a child. As long as people who are not keen are respected, I can’t see the harm. Plus it really is a lot of fun! 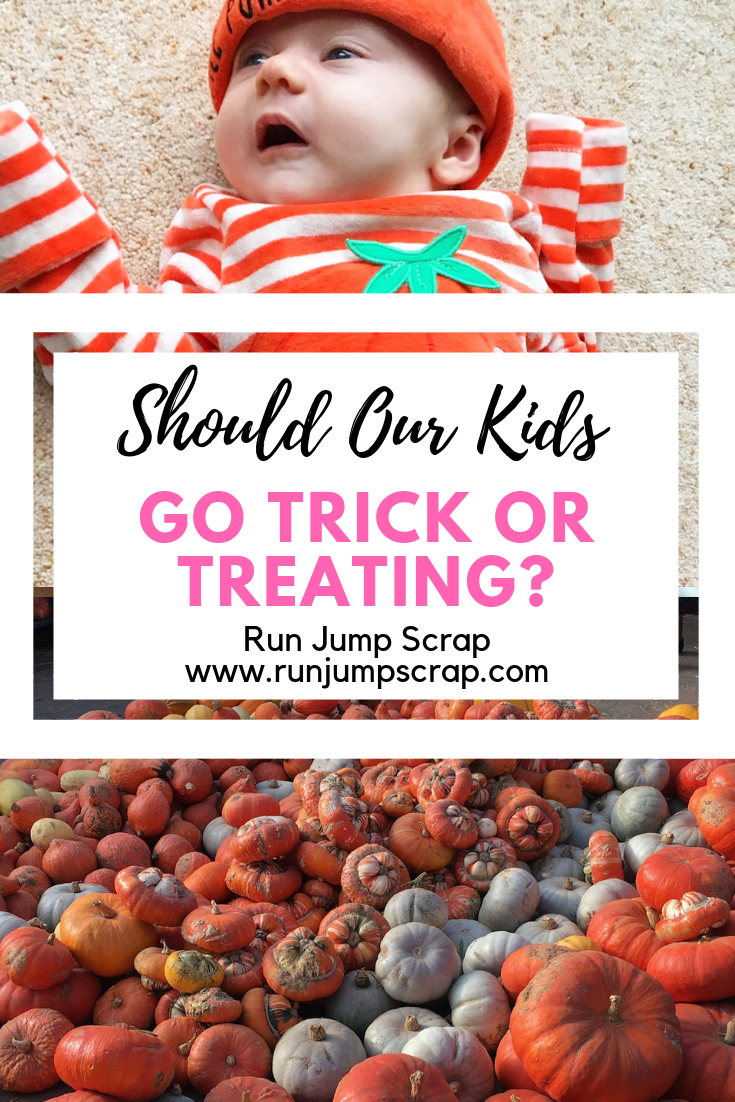