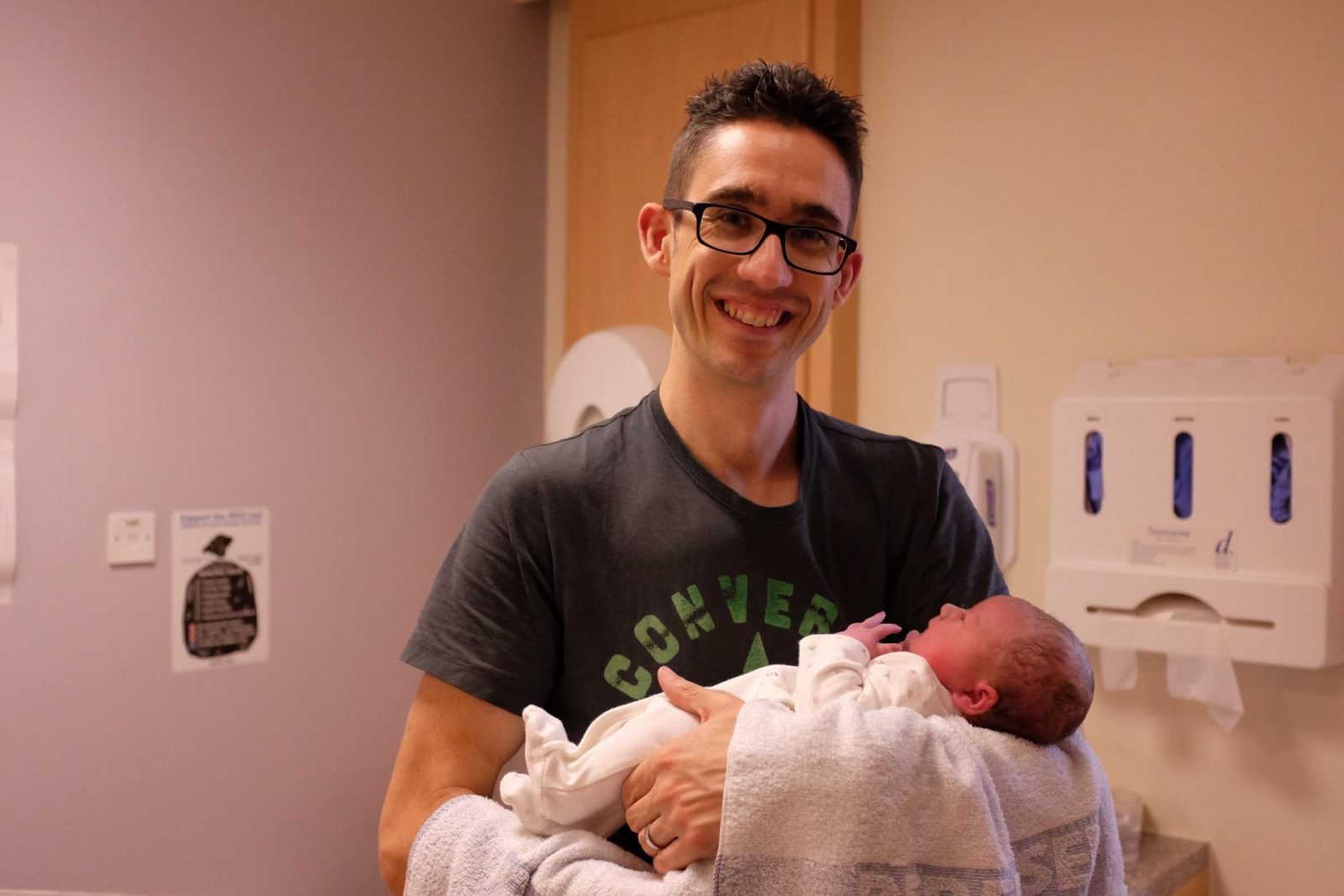 It’s funny when you have a baby. So much emphasis is on the person giving birth and often the Dad or partner can get neglected.  Forgotten about even! Of course the pregnancy and birth are very important but I do think we can forget how the Dads and partners are affected.  I’ve written before about how my husband suffered with gender disappointment when we found out our second child was a girl. He really struggled but this is often thought an issue only for the Mothers, the person carrying the child. My hubby was really disappointed for a while and he hid it well. He’d hoped for a boy and couldn’t stop those feelings. Of course this was forgotten when our second daughter was born but it was something he battled with and was nervous to talk about. This is the same when he thinks back and remembers the birth anxiety he had before our second and third babies. After speaking to him more and more, I realised birth anxiety in dads was a very real and horrible thing.

Mental health. Anxiety. We talk about it more and more but I’m not sure it is really recognised in Dads and partners as much as it should be. Especially peri-nataly. I asked my husband to describe how he was feeling, in the hope that if you are an expectant Dad or partner, you are not alone.

It’s strange, as both me and my husband said we didn’t have much anxiety and fear during my first pregnancy or as the birth approached. I had a bit of spotting around 8-9 weeks and was worried I was miscarrying but we were sent for an early scan and everything was fine. I was planning a midwife-led, water birth and this was exactly what I got and I knew I was very lucky.  I didn’t really enter my head about something going wrong and we were happy with a birth with no medical intervention, in fact no medical team available! When I asked my husband why he didn’t feel anxious he said he was just all-consumed with the idea of becoming a Dad; a family of 3. There was so much to prepare for.  The house. The nursery. Clothes, toys, a car seat. It’s a standing joke him and my step Dad cleared the garden and cooked a BBQ when I was in the early stages of labour with our first daughter!! We were both relaxed and it was a lovely time.

Things were different for our second little girl. My anxiety was higher too. We both opted for an early scan, even though there was no need for this and I hadn’t been bothered for my first. I worried more about losing her  my husband was terrified of me giving birth this time around and he admitted our third baby too. When I asked him why he said it was because we had done it all before and he knew what to expect as a Dad. This seemed to leave more time and energy to worry and fret. Ruminate over the small things and the what ifs. 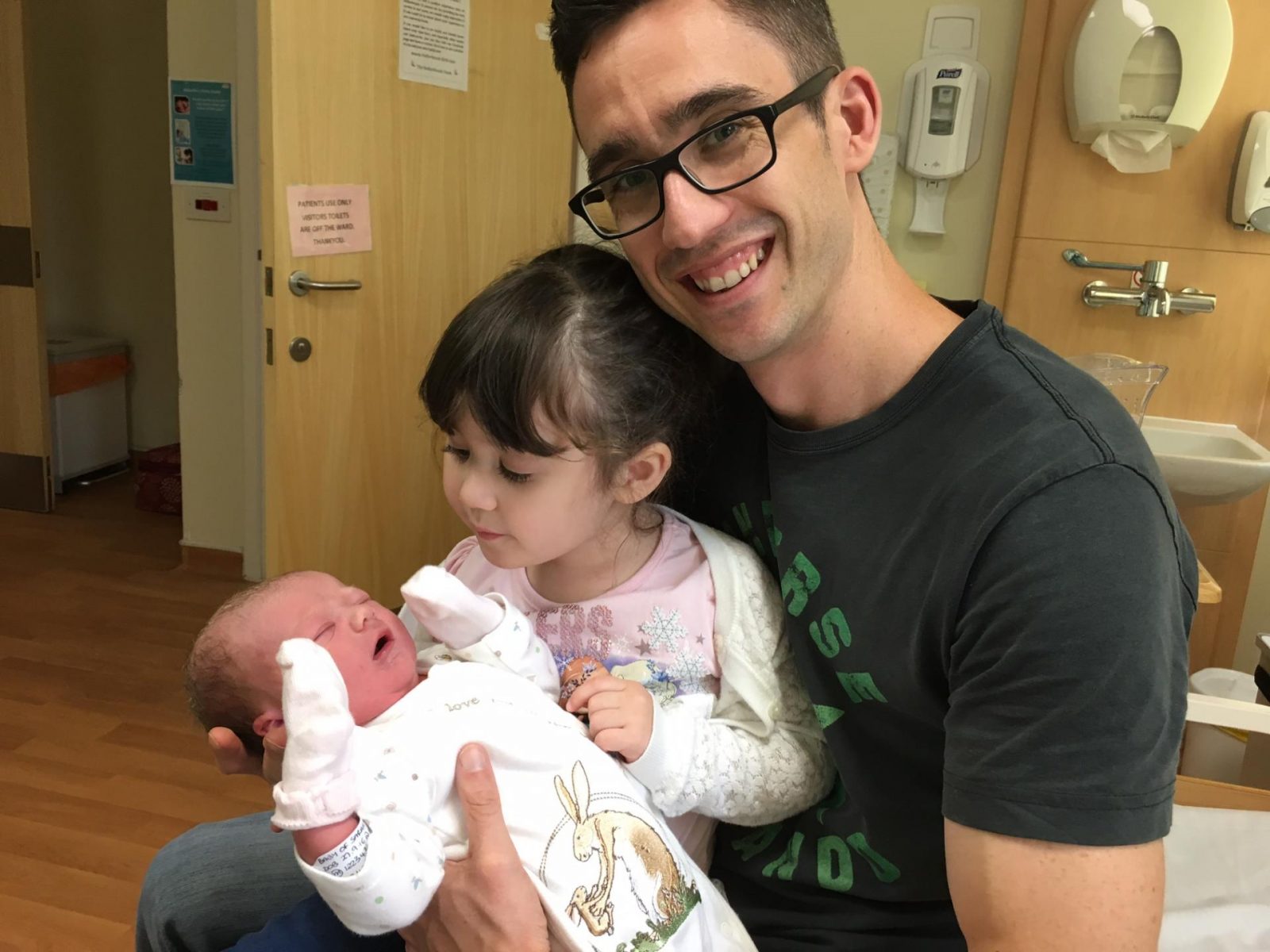 He was also told an awful story about a work colleague’s wife who passed away after childbirth due to a blood clot. Completely unexpected and could have happened to anyone but it left him petrified of my upcoming birth. He admitted he was catastrophising and thinking about the worst possible outcomes. The baby could be born with issues. I could die in childbirth. The baby could. Thoughts that were really awful and upsetting and he could not shake. I didn’t know anything about this, as he kept them really hidden. He’d told me about his work colleague’s wife but did not reveal how much this had affected him until afterwards.

After our second little girl was born he was not himself either. Although we enjoyed the time as a new family of four he was anxious and struggling, something at the time, I could not really understand! Something I’m ashamed of now. I remember him telling me he felt like he wasn’t coping and it was like the anxiety of the birth and stress off worrying for the previous months, hit him like a train. I was exhausted and getting to grips with being a new Mum of 2 and found myself irritated for how he was.  You just want and need the support but if someone isn’t coping, they can’t be there for you. It took a little time but this anxiety passed and I was able to understand a little more what he had gone through, as the birth approached.

He admitted feeling the same as the birth of the little man got closer. Perhaps not as intense but he was nervous, stressed and worried. It didn’t help that he had a huge exam the week before he was due and I went into labour, the day he passed it! 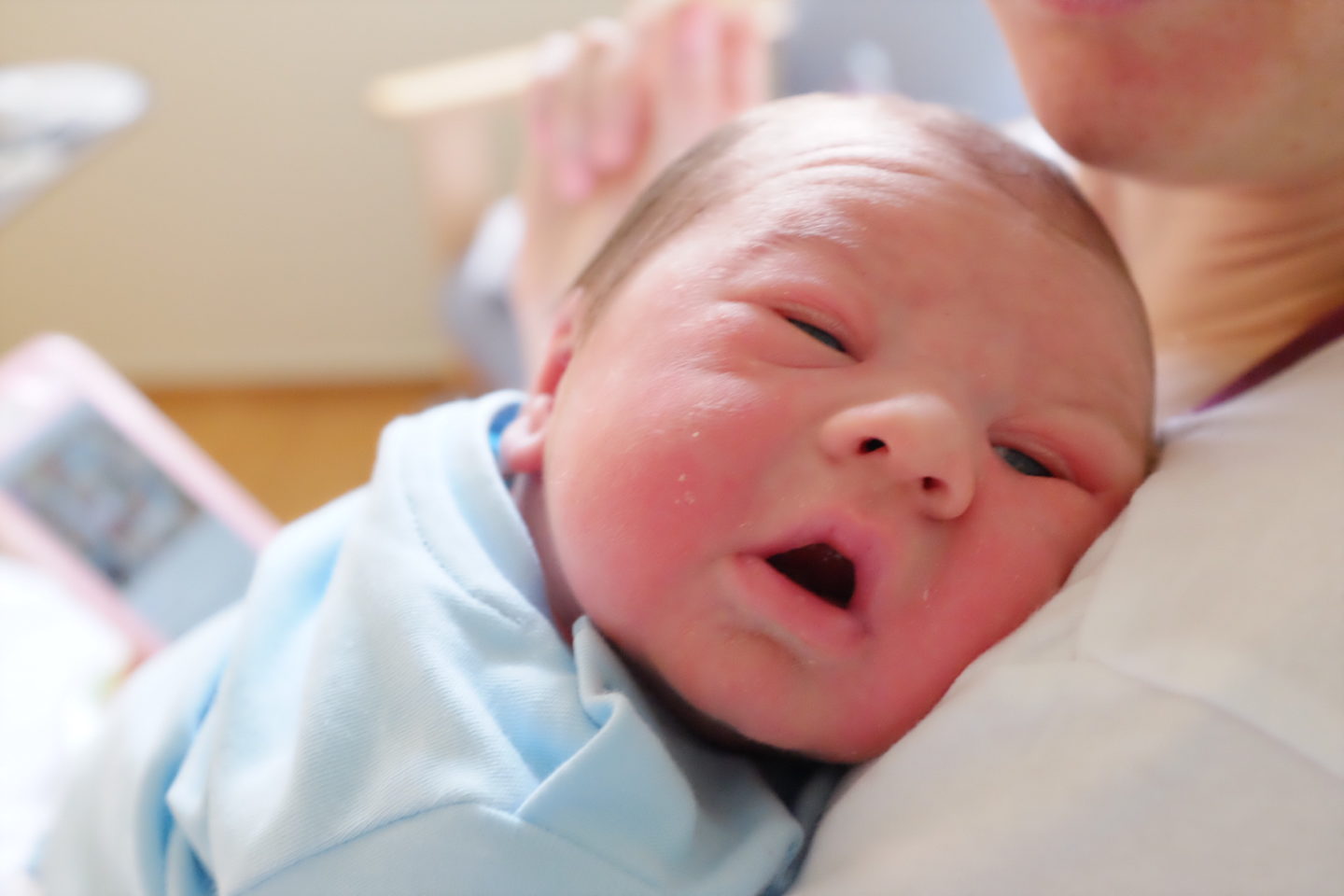 I didn’t realise how worried my husband was. I think as a pregnancy consumes you, looking after yourself and your baby is such a priority. You see your partner as your rock; the person who will get you through the birth and the time after. You forget to them, you are their world and you are carrying such a precious piece of cargo. Anything going wrong with you or the baby is unthinkable. I think I pushed those thoughts to the back of mind and didn’t worry. Plus, I done birth once and knew what to expect. I guess for your partner, they don’t see or realise that! For my husband, he was in a rough place for a few months, worrying about the outcome and for a little while afterwards, when the relief was massive and everything was ok.

Pregnancy and childbirth is an unknown. It can be scary, worrying and especially for your first, you don’t know what to expect at all but my husband suffered too and I didn’t really know.

If you are a Dad or partner reading this and you are feeling like this, you are not alone. You can ask for help. Talk to your pregnant partner. Just talk to other people, other Dad’s, others expecting a baby. It’s likely you will not be the only person feeling like this.  Birth anxiety in dads is a very real thing.

If you enjoyed this post on birth anxiety in dads, you may like a Dad’s Essentials for Labour and Birth. 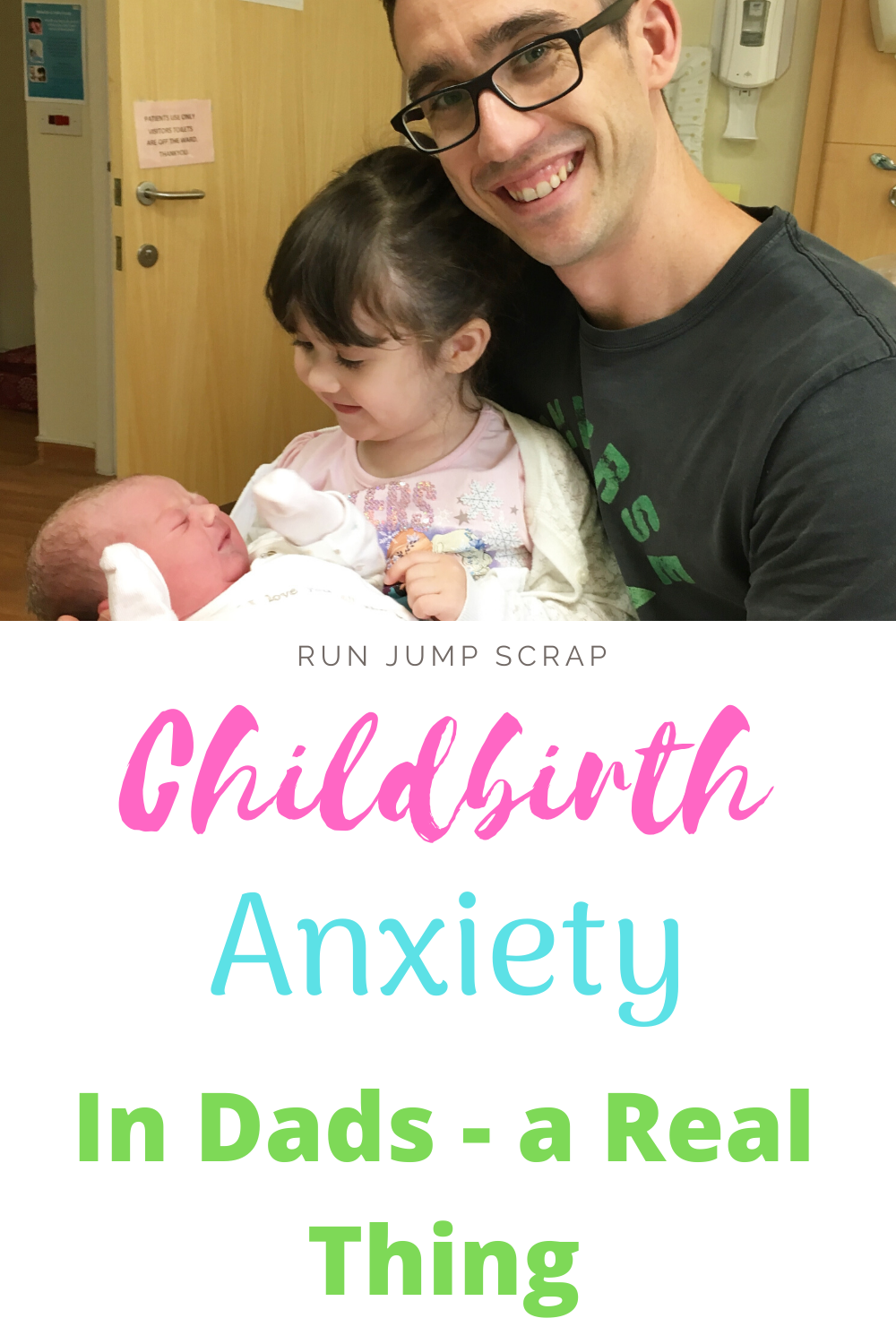