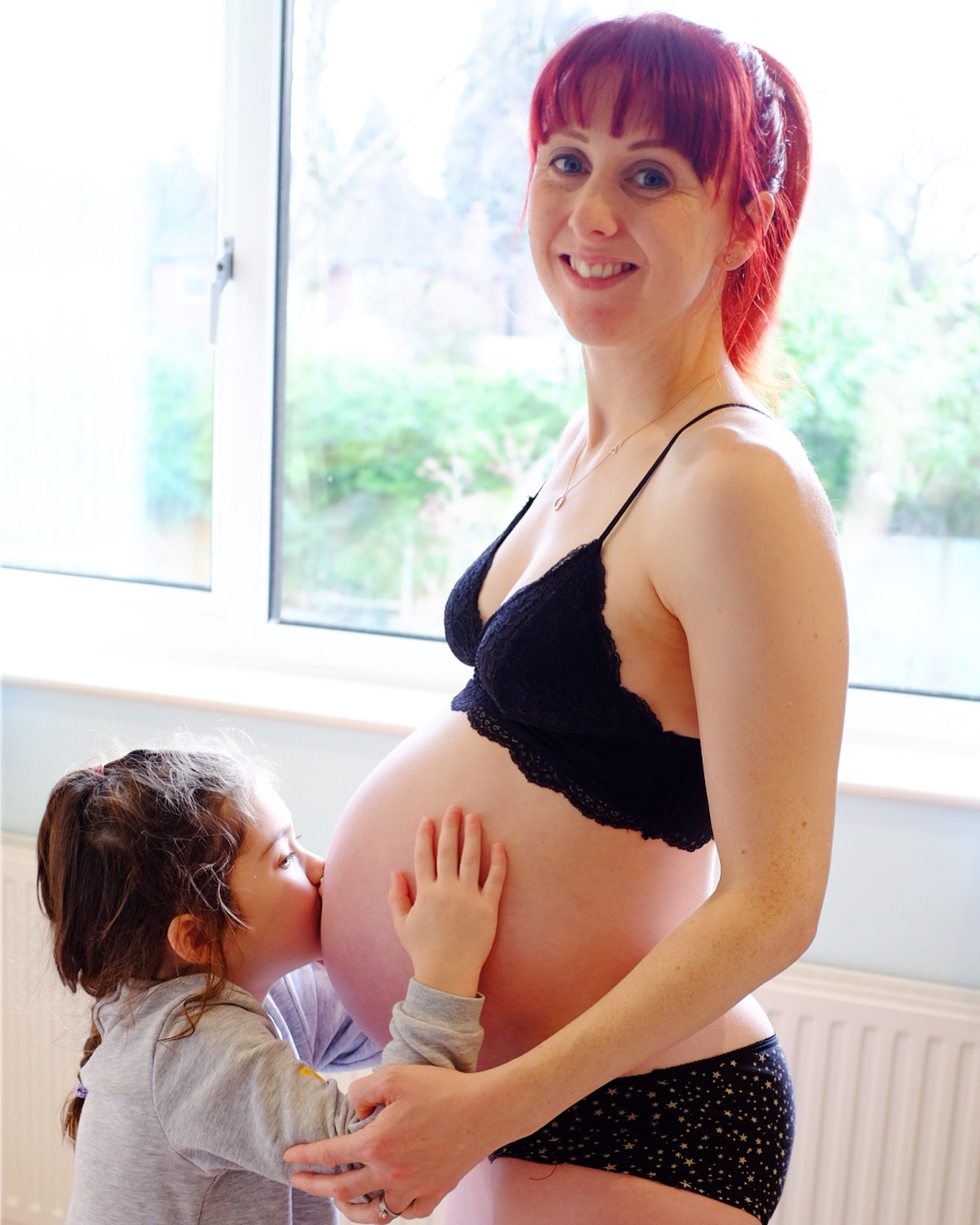 38 weeks pregnant! The scary thing is I can remember writing this update for Little Piglet and now I am doing the same thing for baby number 3. I do think there was meant to be a 36 week bump update but that seems to have been missed somehow!

So How Are Things at 38 Weeks Pregnant?

It seems like a lot has happened since my 32 week bump update. I had to have a growth scan and it seemed my birth plans were put on hold for a while. It all turned out ok though as the growth scan revealed he was estimated at 7lbs at 36 weeks. God knows how big he will be when he is born. I’m trying not to think about it. 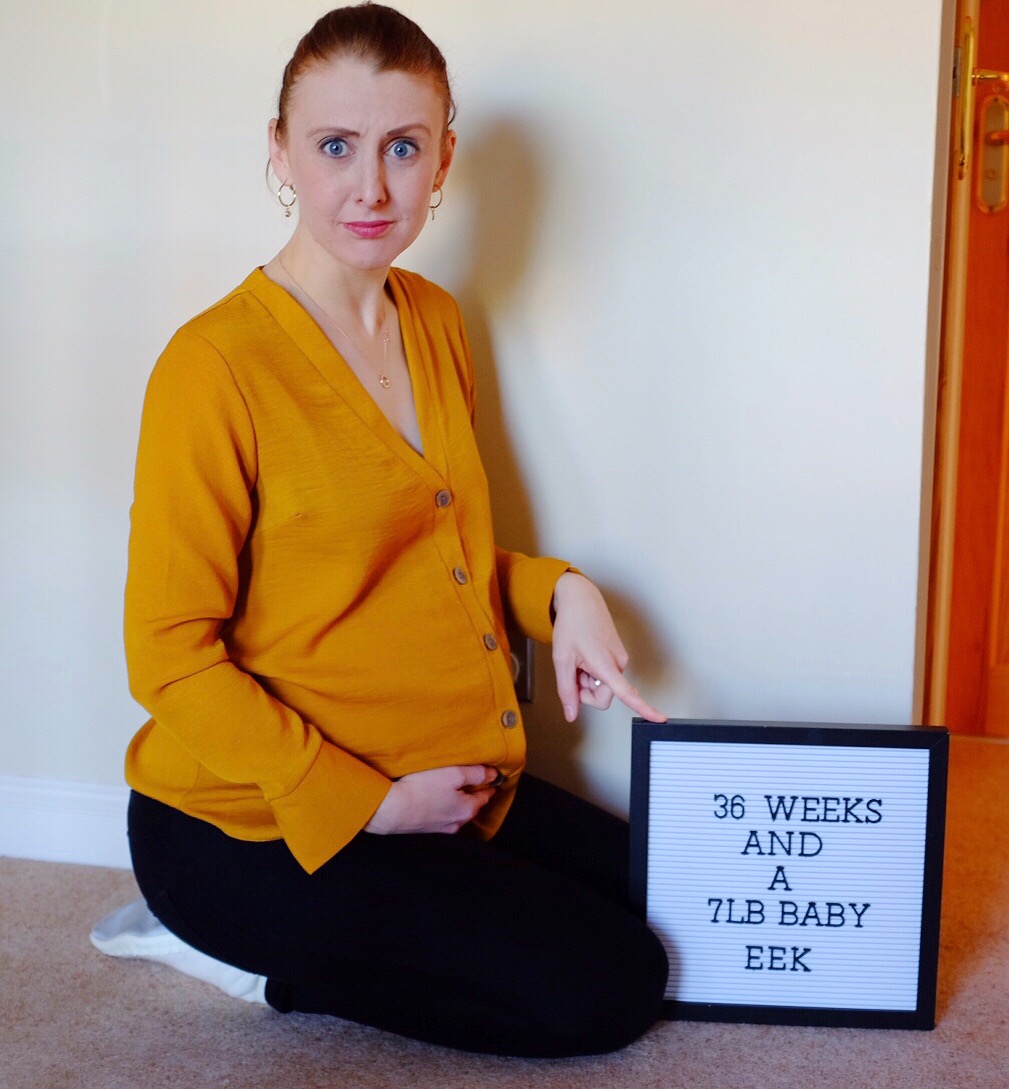 I have now finished work for my maternity leave and have all sorts of plans. I have already achieved quite a lot of the things I said I was going to do: got my hair done, done some sorting, done blog work and seen friends. Not sure I have rested as much as I should have done though!!

How Am I Feeling?

Mainly huge! It’s just hit that point hasn’t it? People say you’re all bump!! Then I look in the mirror and think, hmmm, yes but I also have a chubby face and definitely look ready to pop. I’m not too fussed though, as know getting ready for breastfeeding. Sleeping has been ok but I am getting up 2-4 times a night to use the toilet! Just rolling out of bed can be pretty tough right now. I’ve also had a little nausea again and a bit of pain in my pelvis but I think this was the same last time.

Overall, I can’t moan too much. Tiredness is expected and I do have a few days kid-free. It is half-term, as this goes live though, so I have the gremlin with me for most of the week!

My appetite has gone through the roof a bit. I am definitely feeling more hungry but at the same time I don’t want to gorge, as know I am sitting down a lot more on my days alone. I struggle with this too much but know it is needed! I’m probably hungriest in the morning but have been trying to snack on fruit, nuts, yoghurt, nut bars and malt loaf. I do think I’m craving more sweet things though and trying to resist all the time.

I’m still gyming and doing YouTube short workouts when I can, much to my Mum’s disgust as she thinks I should be resting.

I definitely don’t train for too long, as feel tired. Still only doing a little cardio and some weights and stretches. Just trying to do enough to keep strong and keep my muscles moving. 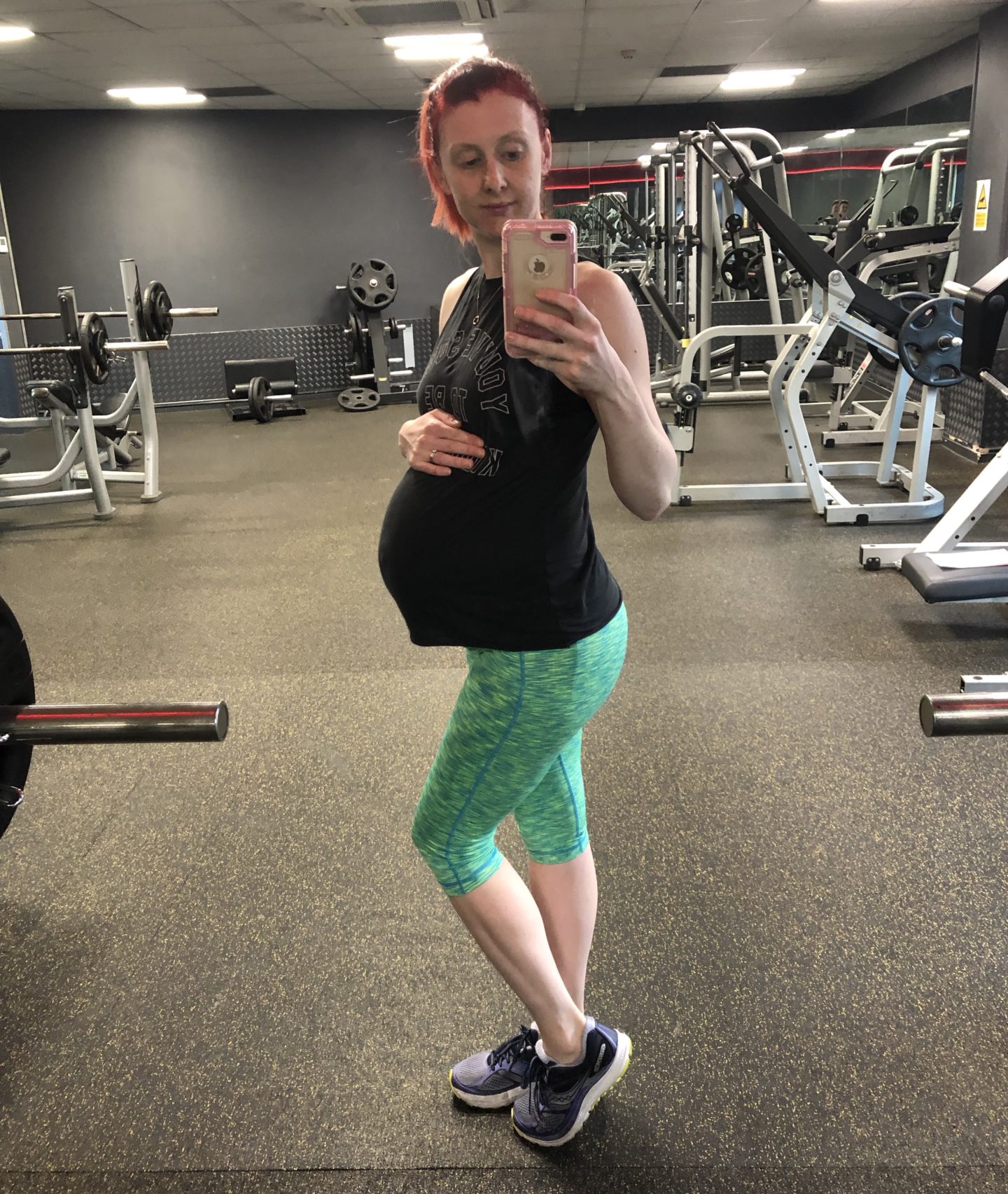 This is usually ok unless I am feeling really tired or really hungry. Hubby says I have been away with the fairies a little and a tad scatty but that’s about it. I had a really bad day when potty training Piglet a couple of weeks ago, when I really lost it with her but this was my last bad day. I did start to worry labour was coming, as I was so tired and tearful. Hopefully I will be on a reasonably even keel until the little guy appears!

I feel a little more there now at 38 weeks pregnant. We have kindly been given so bits from a neighbour and have bought a second hand pram from a friend. I have almost packed my bag but do need to add the final bits as the time comes. I have a post on what I have packed here, so you can have a nosey. I still feel I am not as ready as with previous babies and will surely find something we haven’t bought or got ready. However, we are so close to town, so I’m sure hubby can just nip out and there is good old Amazon Prime eh?

So two weeks to go!!

I’m wondering if I will get to you with an update for 40 weeks. Last time I didn’t but I hear boys are a little lazier than girls, so wonder if he will be late? 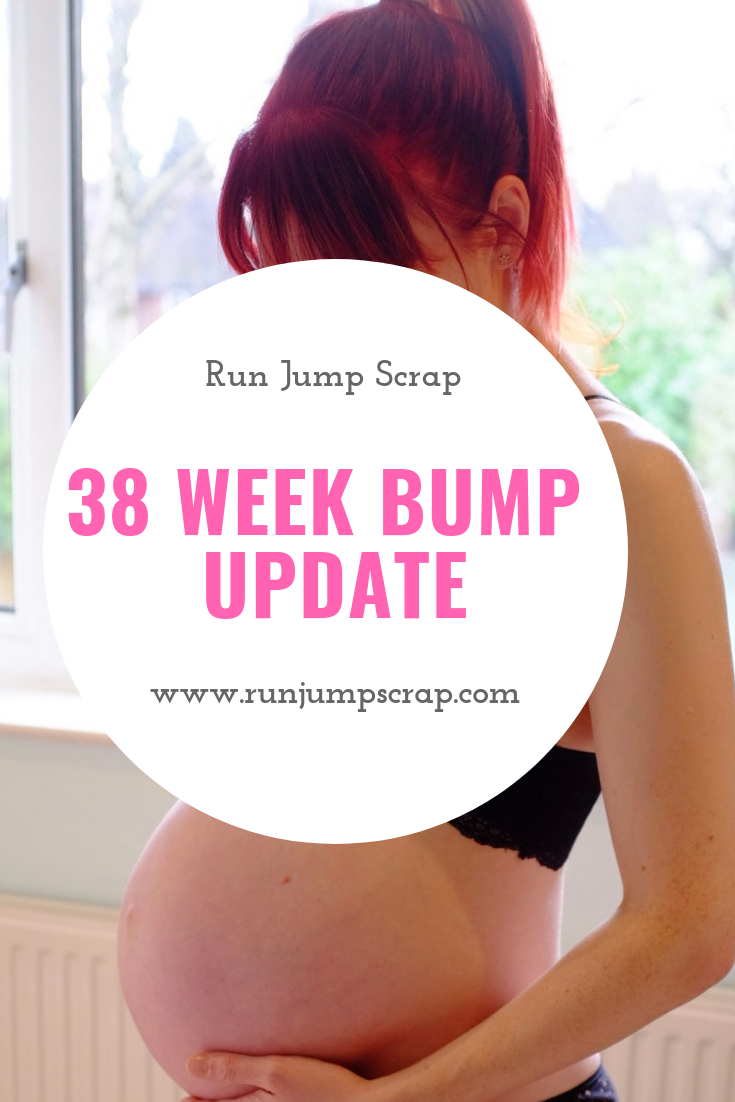