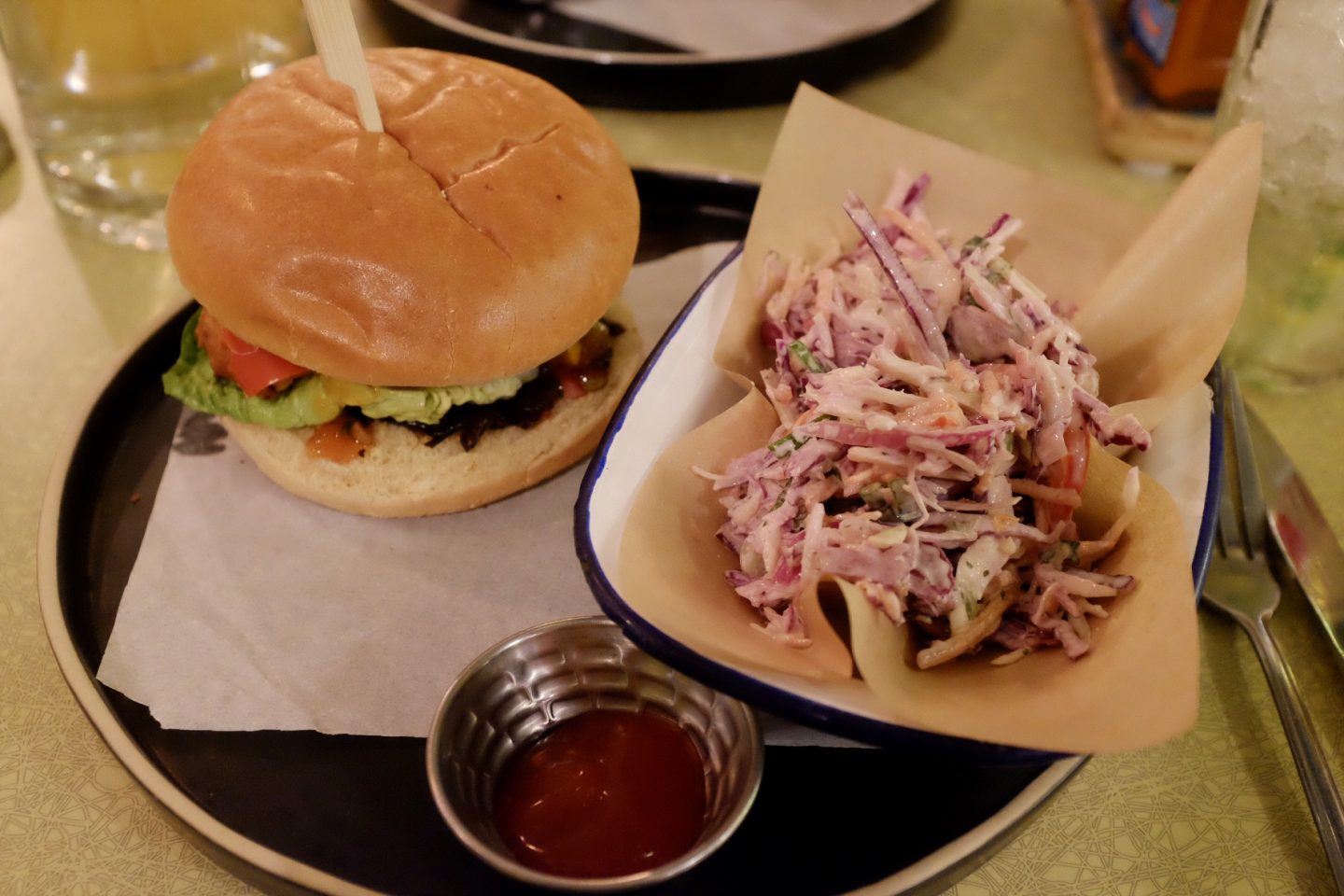 January is upon us and I bet you know someone who is trying veganuary. This isn’t something I would really want to do but I have made it known on the blog, how we do want to try more vegetarian and vegan meals and try and eat a little less meat. Flexitarian is the word and so far this 2020, I have managed it. I do like to try more plant-based meals when I go out to eat so was thrilled to try out some of the vegan menu from Turtle Bay this January. More and more restaurants  are including more and more vegan options so I was keen to see what the Turtle Bay vegan menu had to offer!

We have been really lucky to review Turtle Bay in Solihull twice before. The first time when it just opened and their new menu for a second time.

So armed with my best work mate, we headed out, child-free to try the delights of the Turtle Bay Vegan Menu. 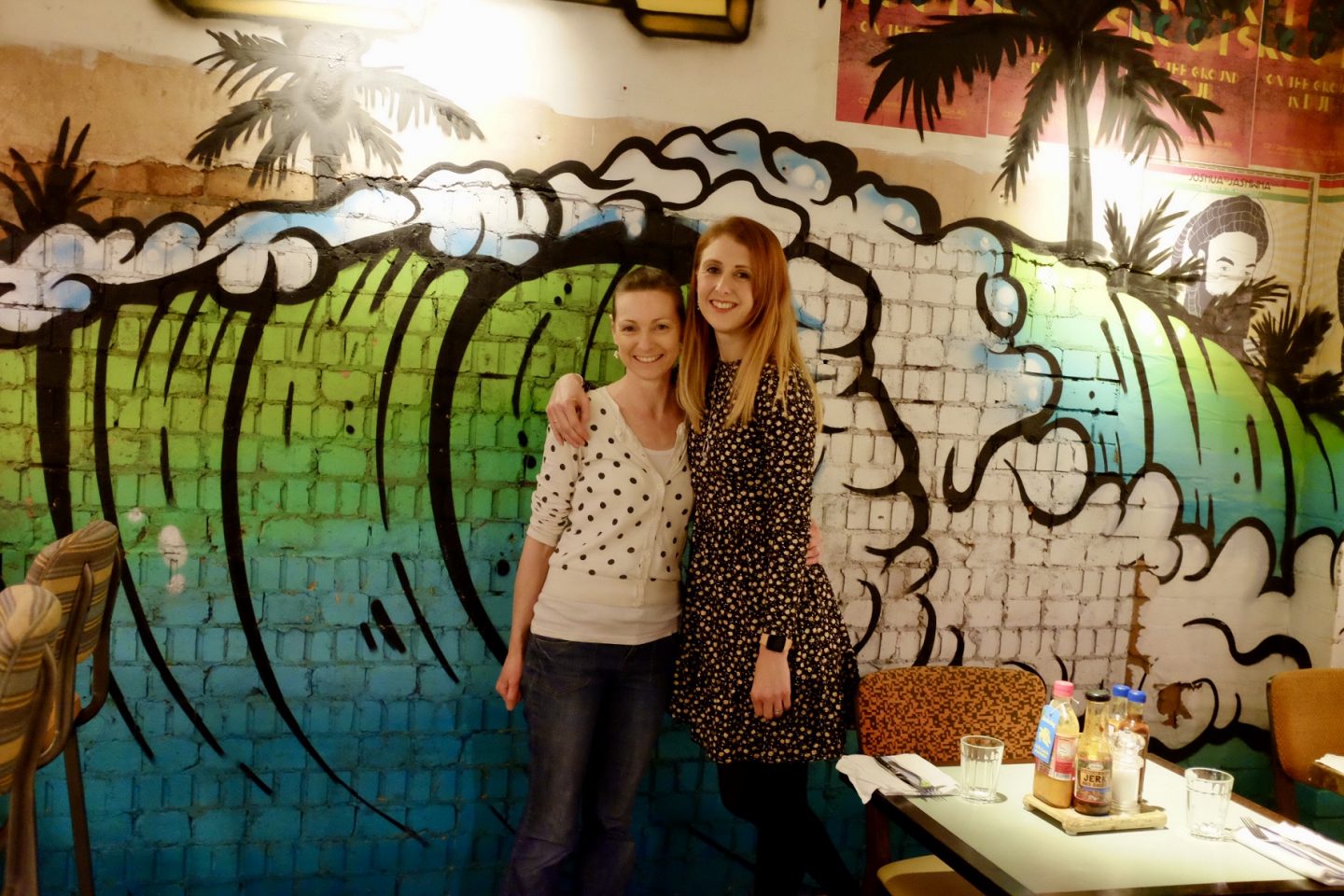 For any of you that don’t know Turtle Bay is a Caribbean-style restaurant; it serves your traditional curries, jerk chicken and rice and beans AND cocktails.

There is a really cool vibe in the restaurant in Solihull. The decor is amazing, lots of bright colours and graffiti wall art. 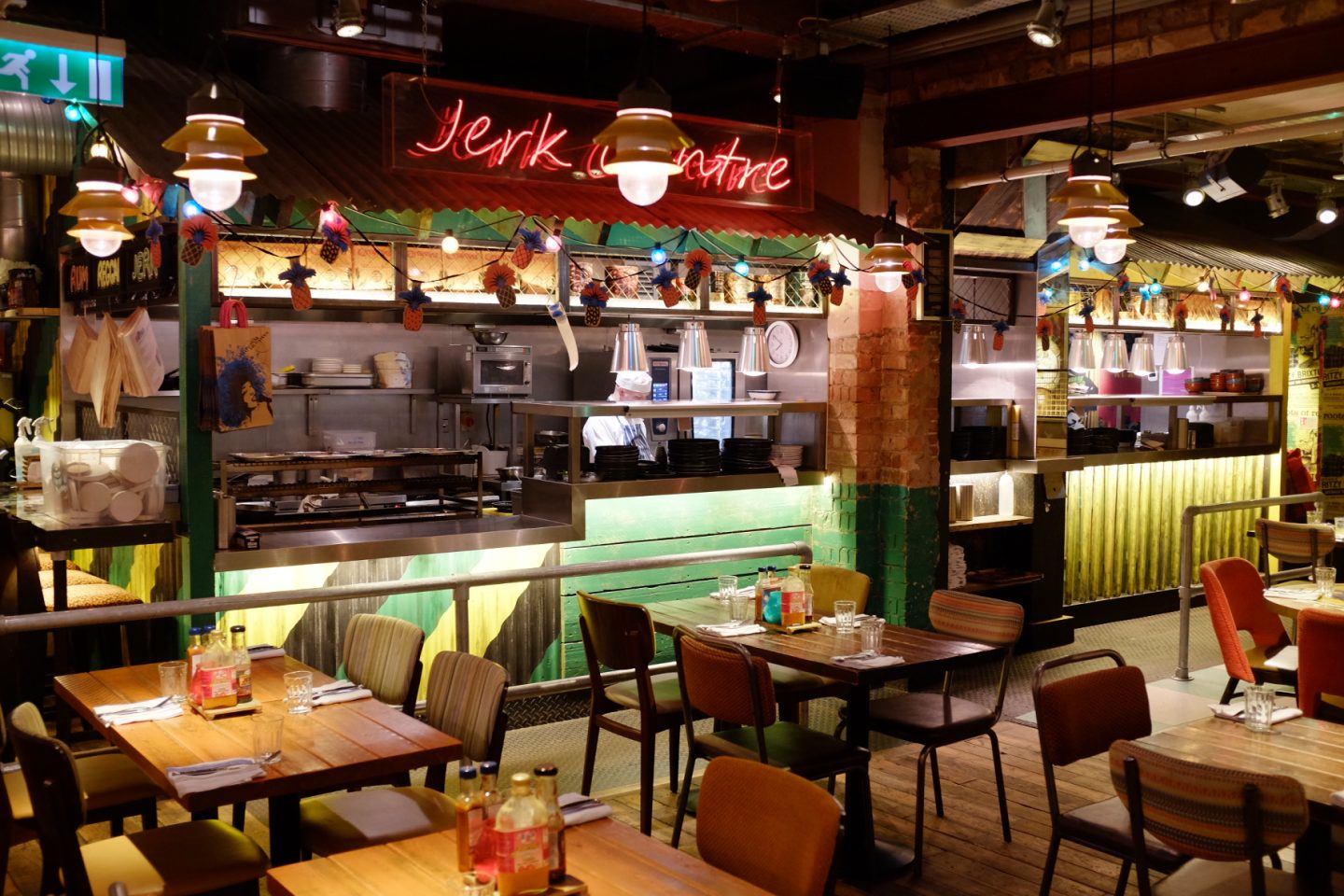 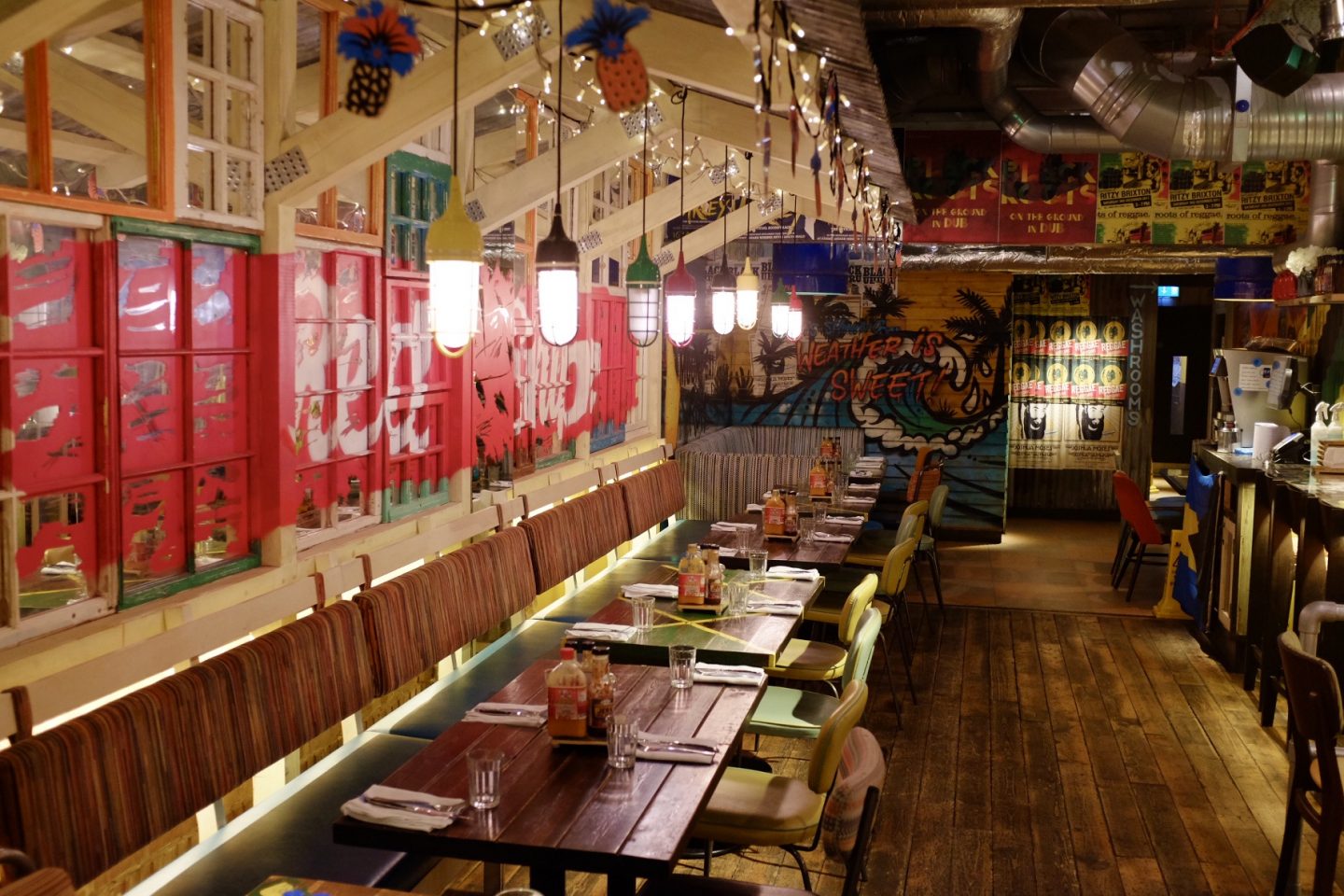 I was sent over some details about the Turtle Bay vegan menu. There are 28 vegan dishes in Turtle Bay’s plant-based collection and over 30 vegan cocktails, which means Turtle Bay offers more vegan options than anywhere else on the high street. The vegan options go through from brunch to dinner with sides too!

There are meat and dairy free soul foods, plant-based burgers. There are lighter options and and small plates too, including tapas.

There are some offers including 2 4 1 on mocktails this dry January and a lunch deal for £10 and a set menu for £12. All sounded really good!

What Did We Choose?

We spent ages trying to decide what to have!! 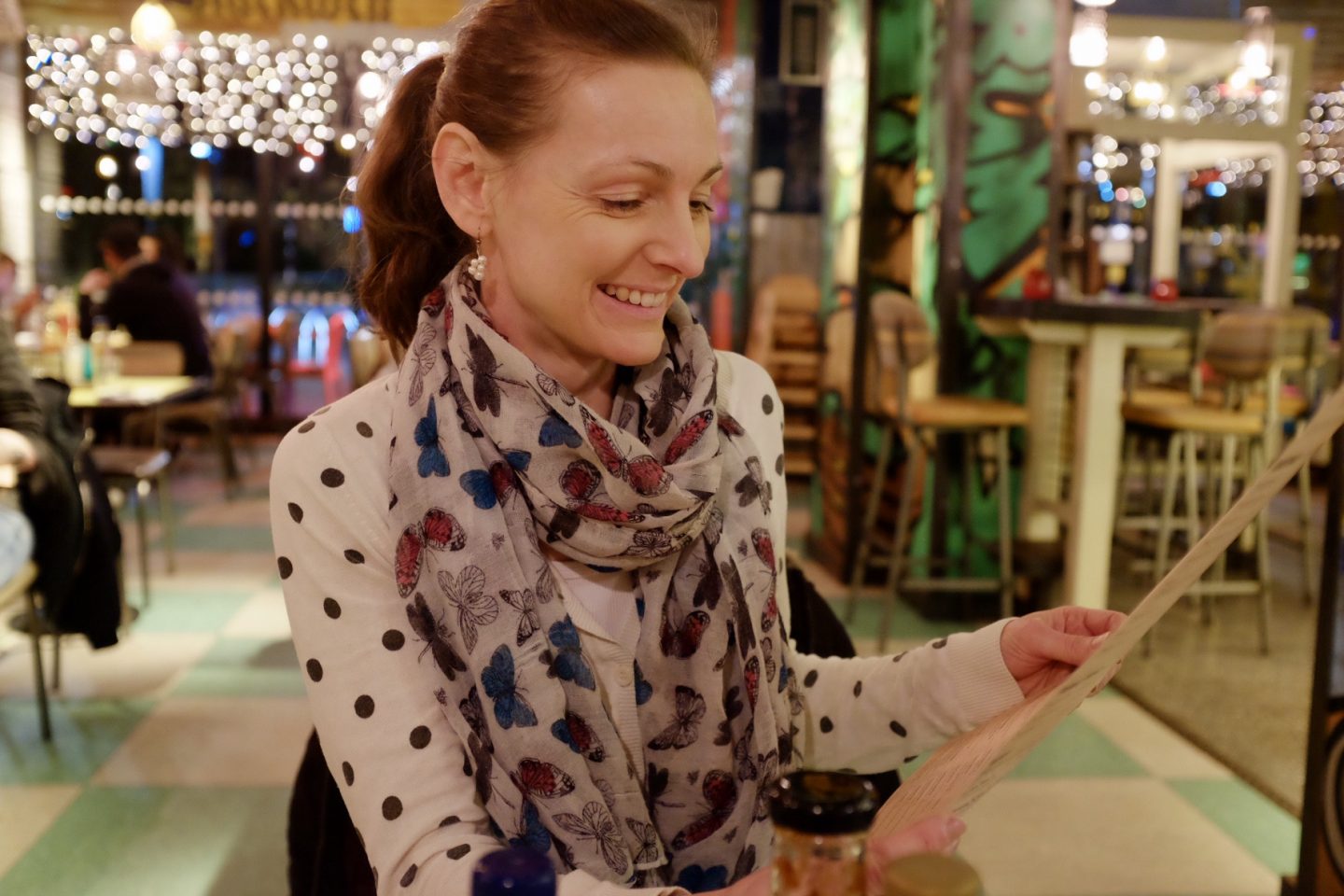 Drink-wise, my bud was driving (lucky her) so I could have a mojito and she chose a mocktail, a virgin passion punch . These of course were both vegan.

We decided to share most of the dishes we chose to see what we liked overall.

For starter we went for the Trini Doubles. These are puffed-up bars roti flatbreads with curried chickpeas, hot sauce and coconut and cucumber chutney. These were priced at £5.50. 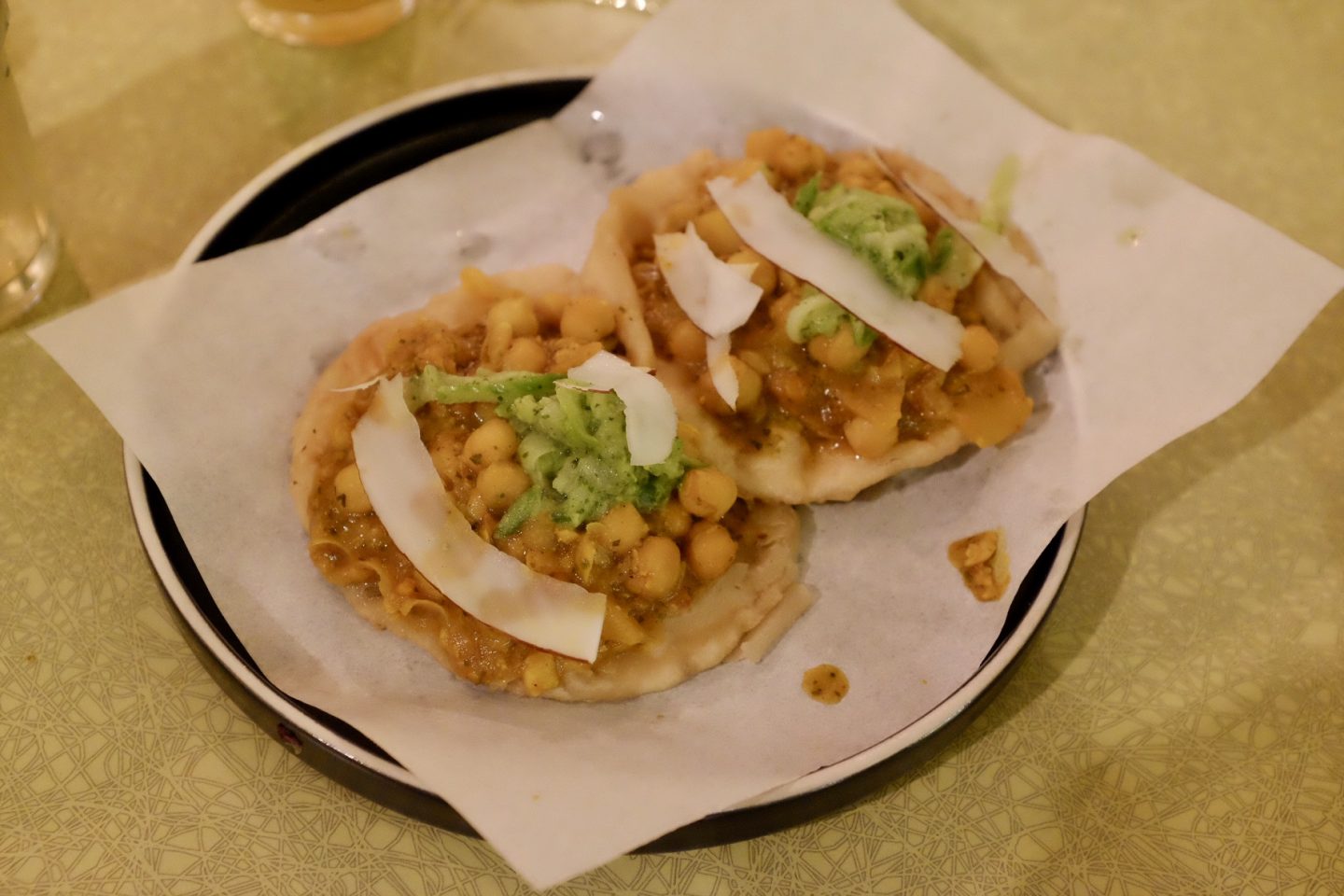 For mains we both chose a burger, as were pretty hungry!

We chose the Vegan Motherclucker. This is a chicken style vegan patty with Jamaican spices with smashed avocado, wild rocket, pink onions, jerk mayo and BBQ sauce. This retails at £7.50.

The second burger was the Kernal Vegan Burger, which is a sweetcorn patty, roasted red pepper, baby gem and mango mole.

With both burgers you add your sides separately and we chose sweet potato fries and pick up slaw. These are £3 each. 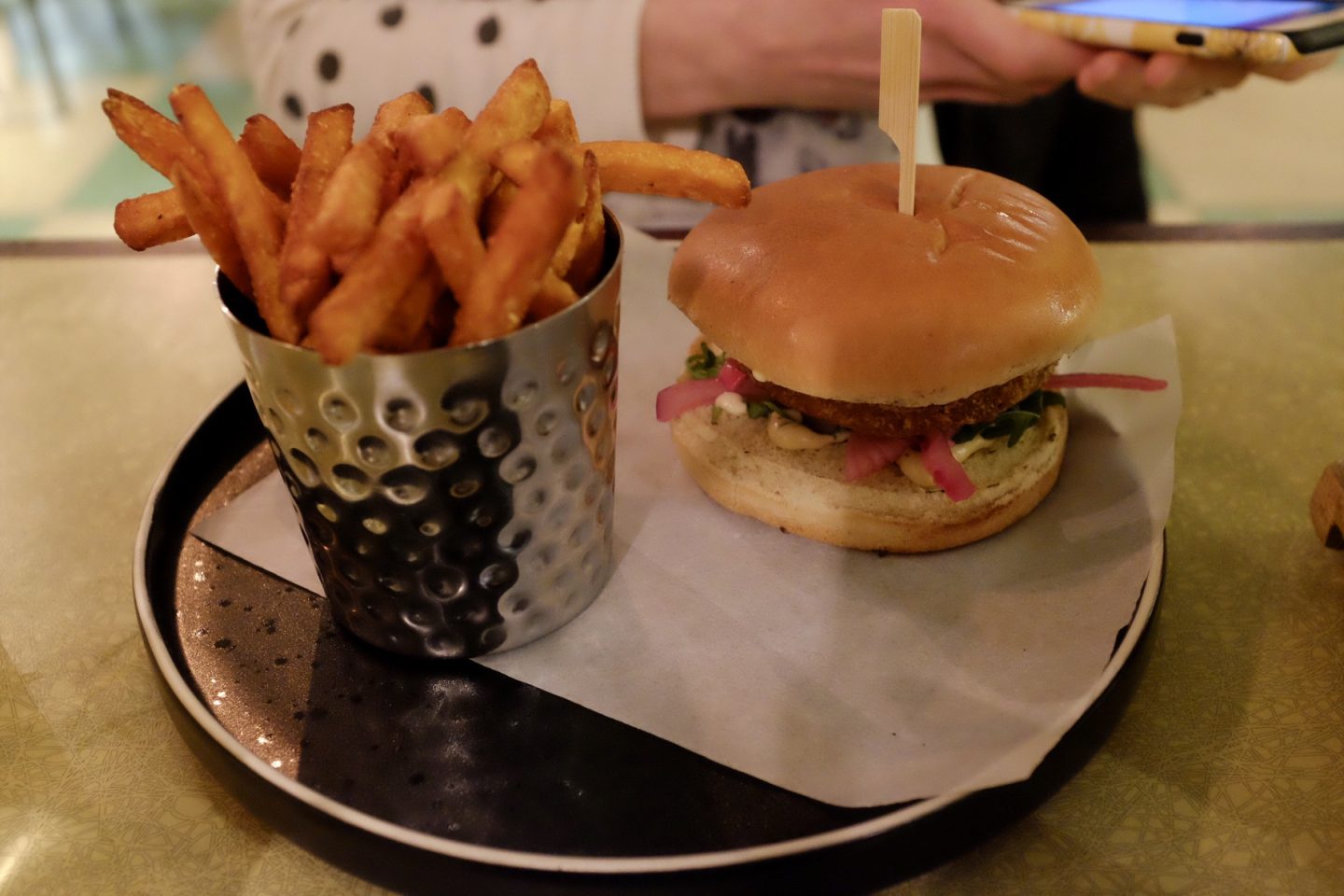 For dessert we had the chilli chocolate vegan brownie and some coconut ice-cream which was £5 and £1 respectively. 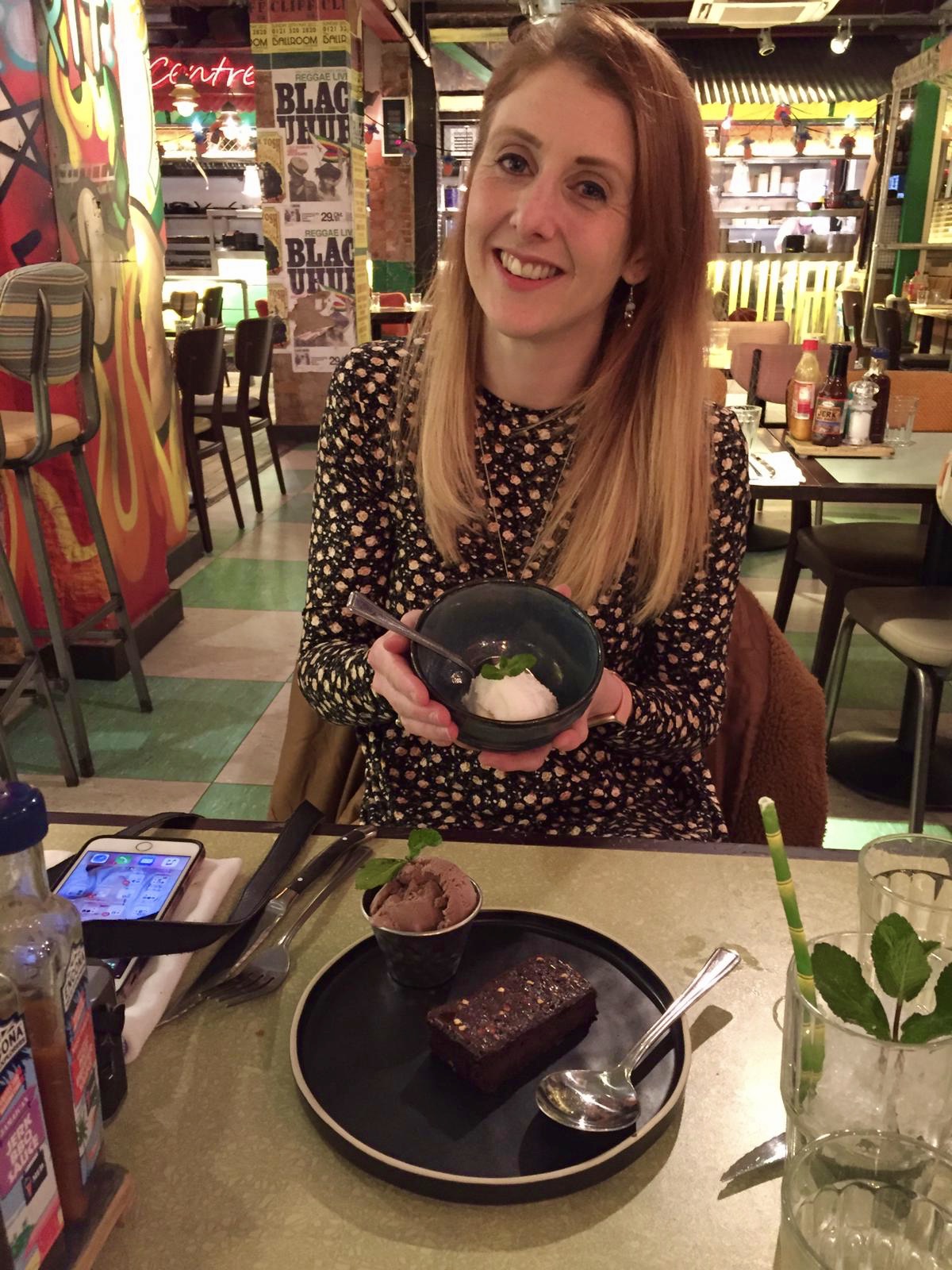 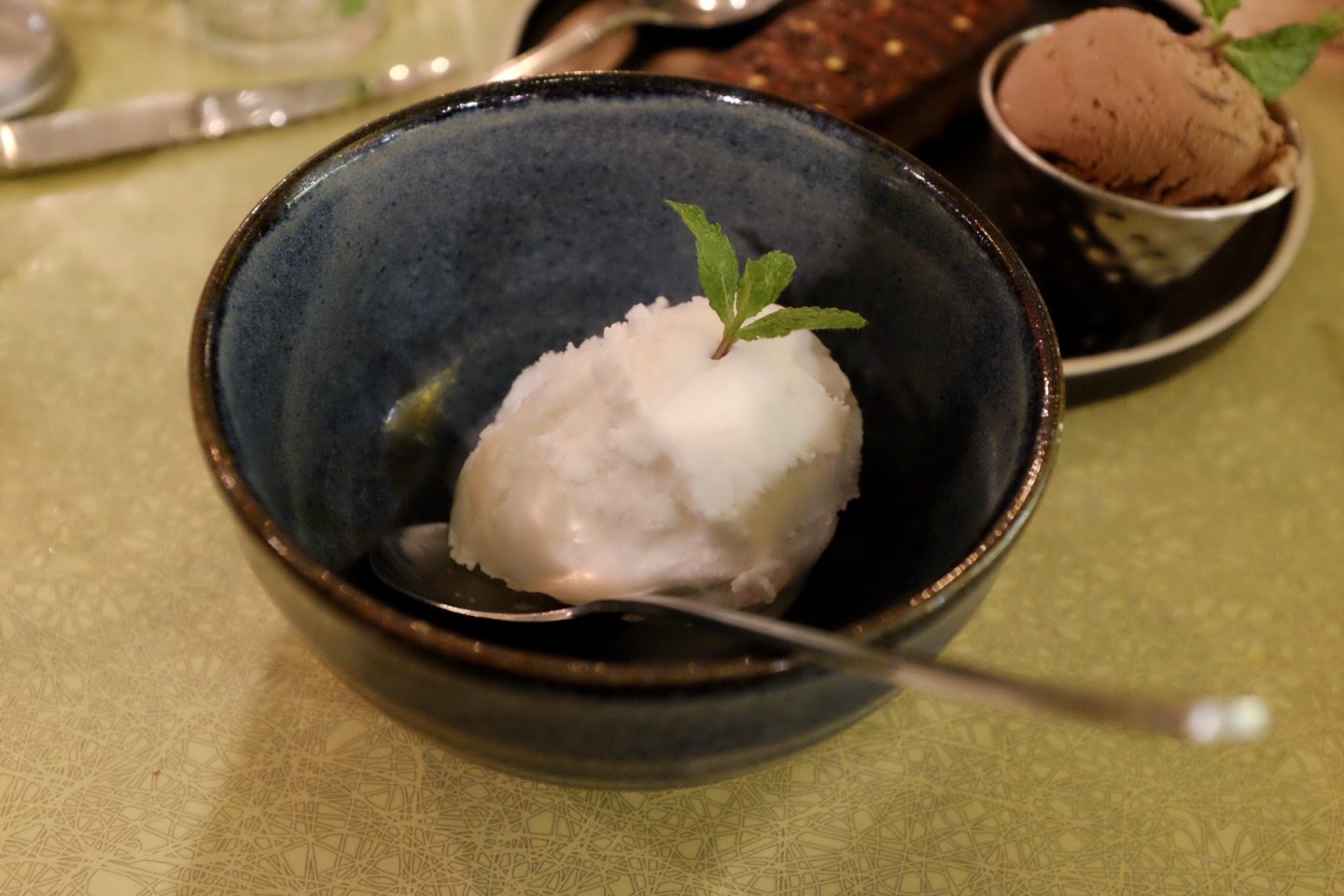 I was really impressed with the food. As I said previously I would never fully become vegan but I do like to have meat-free options when I go out.

The Trini Doubles were probably my favourite. I loved the curry flavour and the chickpeas were filling. The topping worked well with the Roti too. It was a nice starter and I could have definitely eaten a whole portion.

Both burgers were good and I was surprised to say I preferred the Vegan Motherclucker. I thought I would prefer something that wasn’t a meat substitute but the chicken-style vegan patty was really tasty and had a great texture. It looked always meaty I enjoyed the Kernal Burger too but I guess as someone who eats meat usually, the Motherclucker felt more filling and substantial.

The fries and slaw were great! I’m a huge fan of both and would order as a side when out and about generally.

Dessert-wise the brownie was tasty but both me and my friend said it was a little spicy! Obviously it is a chilli brownie but we were sipping our water as we ate it! It had a nice chocolatey taste and I liked the texture. The coconut ice-cream was really good and I wouldn’t have thought it was vegan really.

The only thing we both said about the vegan menu was we were definitely not as full as usual. In my mind this could be a pro or con. It’s good to come away from a meal out feeling comfortable, not like you have over eaten. On the other hand though, we had probably eaten less protein than usual, hence feeling less satiated. I guess that is one of the things you do have to consider following a vegan diet; ensuring you get enough protein. Some of the other dishes on the menu do have more, including the dishes with chickpeas, quinoa and tofu.

Overall I would definitely eat some of these dishes again and I would recommend Turtle Bay’s vegan menu for a meal out. It was tasty, the texture of the foods really good and reasonably priced.

The service we received from the Solihull branch was attentive and friendly in addition. We had out questions answered and nothing was too much trouble.

Thumbs up from us!

Disclosure – we were provided with this meal in exchange for an honest review. All thoughts and opinions are our own.