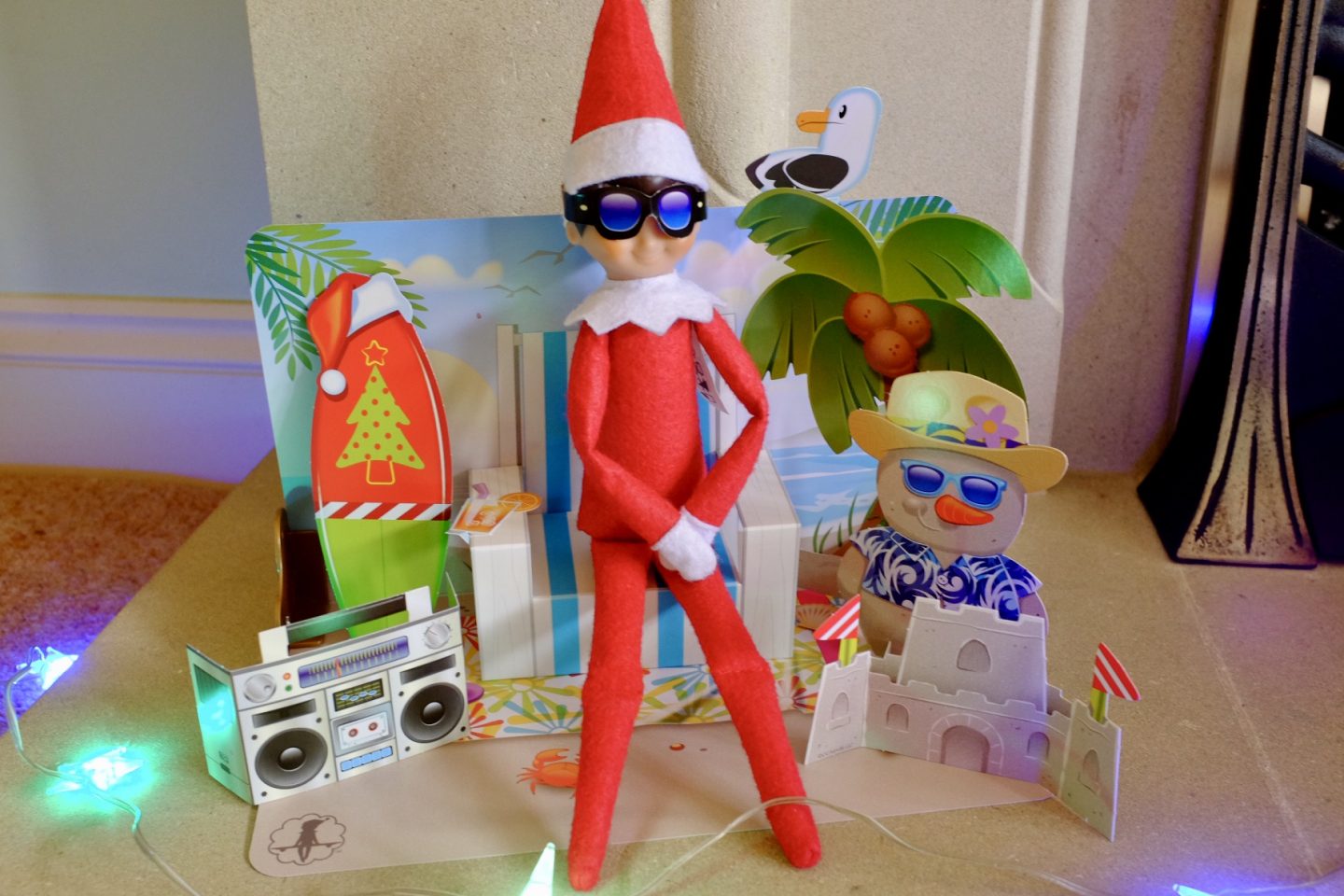 It’s almost that time isn’t it? Elf on the Shelf! The Elf’s arrival on December 1st can be just as exciting as Christmas morning sometimes for kids. Usually my kids have forgotten he may be coming and only have their mind on their chocolate advent calendars. My middle daughter who is 4, may not remember Elf on the Shelf from last year. She would have just turned 3 and the memories blurry. However, my 7 year old has been fond of him since she was in reception. I’ve written before how I used to hate Elf on the Shelf but my mind did get changed. I used to think he was another stress for parents! Something else to worry about during the month of December but when I was gifted an Elf back then, I mellowed. We went for it that year and we have never looked back! It is great fun, kids love it and we kind of do too! So I needed some Elf Arrival Ideas.

What I didn’t realise however, was the Elf on the Shelf UK Store do some amazing accompanying products to make the Elf’s arrival on December 1st, that little bit more special. I must admit, I don’t usually go too mad, apart from advent calendars and the Elf but this year it feels a little different. My hubby has said a million times he is really looking forward to Christmas this year. We want to treat the kids a little after a rough 2020 and making our Elf’s arrival a little more dramatic this year maybe just the ticket!!

Here are some ideas, courtesy of Elf on the Shelf.

There are so many little extras you can add to your Elf’s Arrival this year. The Elf on the Shelf UK Store have some fabulous little extras, as I have mentioned. You can go small or large for your little ones this year. Think sweet treats, Pop Up scenes which will make your Elf on a Shelf mornings a LOT easier and even Elf dress up!

Some of these ideas could also be used in Christmas Eve boxes if this is something your family do, or for stocking fillers.

Elf Helps You Write to Santa

It’s a lovely tradition for kids to write to Santa with their Christmas list. I have been worrying my eldest is going to stop believing in Santa Claus soon, so I’m trying everything to keep her belief strong. By any means necessary!

Elf on the Shelf do a lovely Scout Elf Express Delivers Letter to Santa box set (no Elf included) for £14.95. Santa’s Special Paper transforms your children’s full-sized letters to Santa into elf-sized messages that can be delivered straight to the North Pole by their Scout Elf! After Santa reads the letter, your elf will bring it back to hang on the tree as a keepsake ornament. So lovely for the kids. This also comes with a lovely 32-page book. 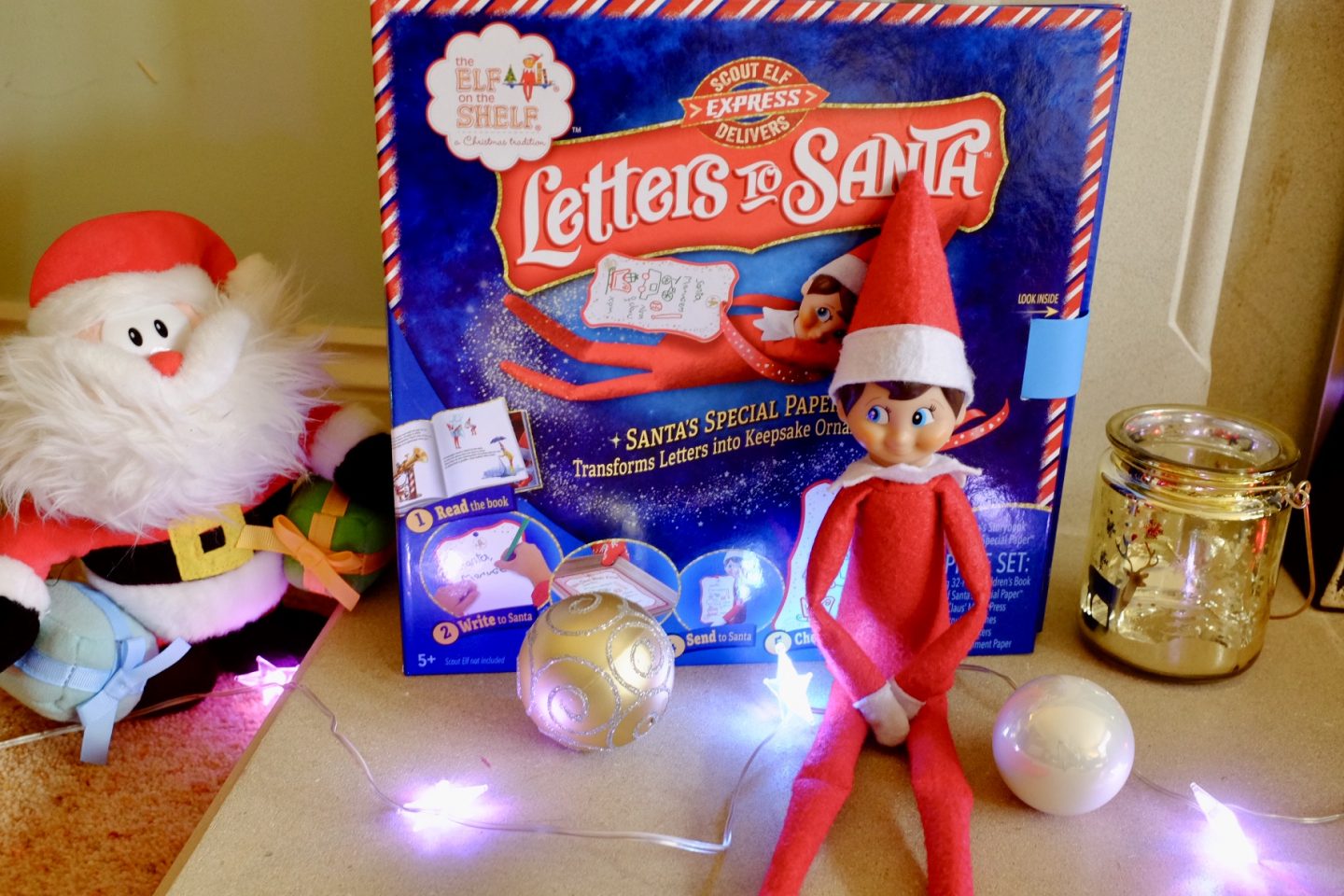 My kids are huge fans of soft toys, as I imagine yours are too! This lovely Elf’s Reindeer Tradition box set from Elf Pets retails at £19.95 and contains a lovely story book and cuddly Reindeer. It’s a lovely tale to boost Christmas spirit! 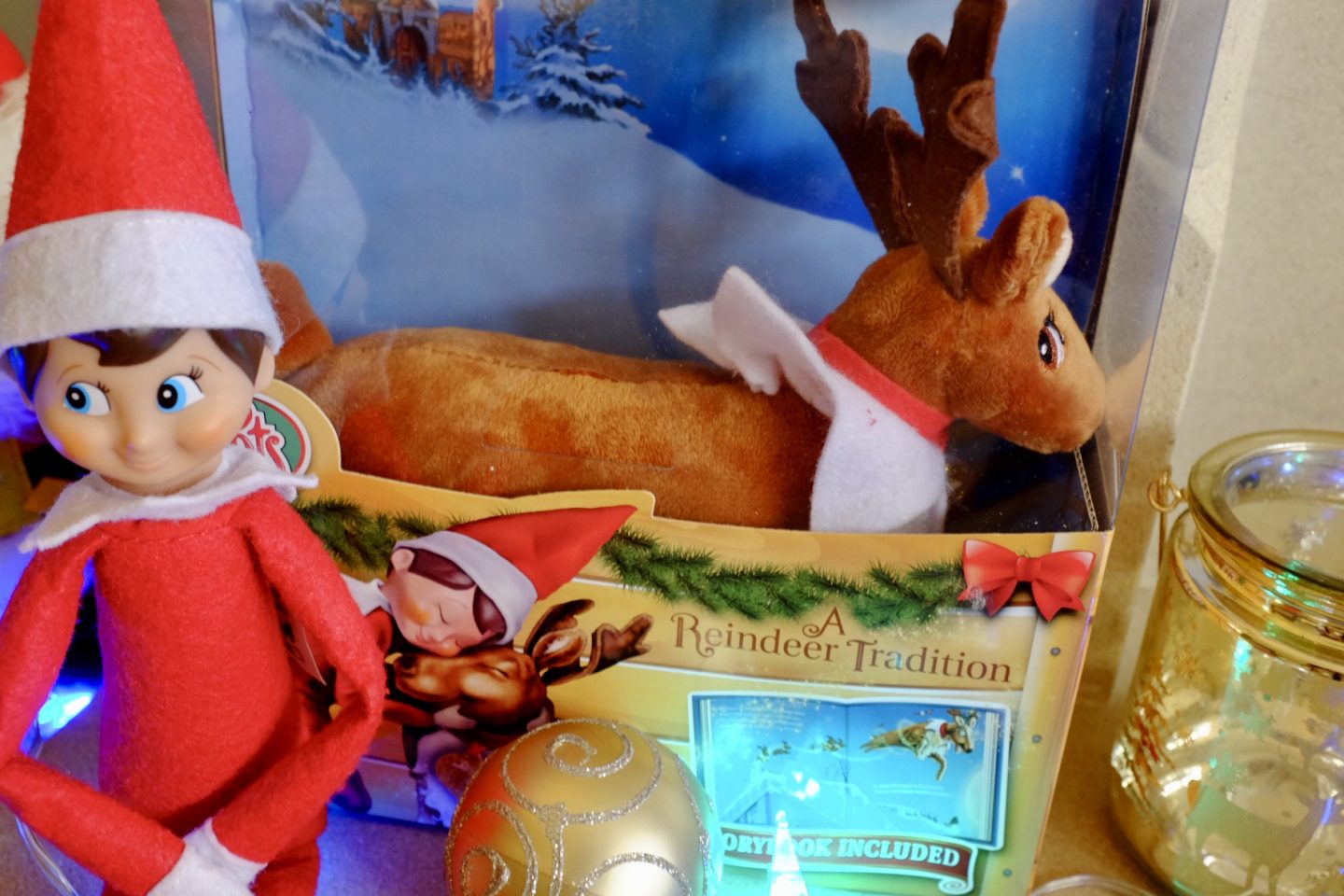 I’m a huge Instagram fan as well as a lazy parent! These “Insta Moment” Pop Ups are a great way to introduce your Elf to your little ones this year, as well as to use throughout the month of December. They retail at £12.95 and come with 5 scenes: 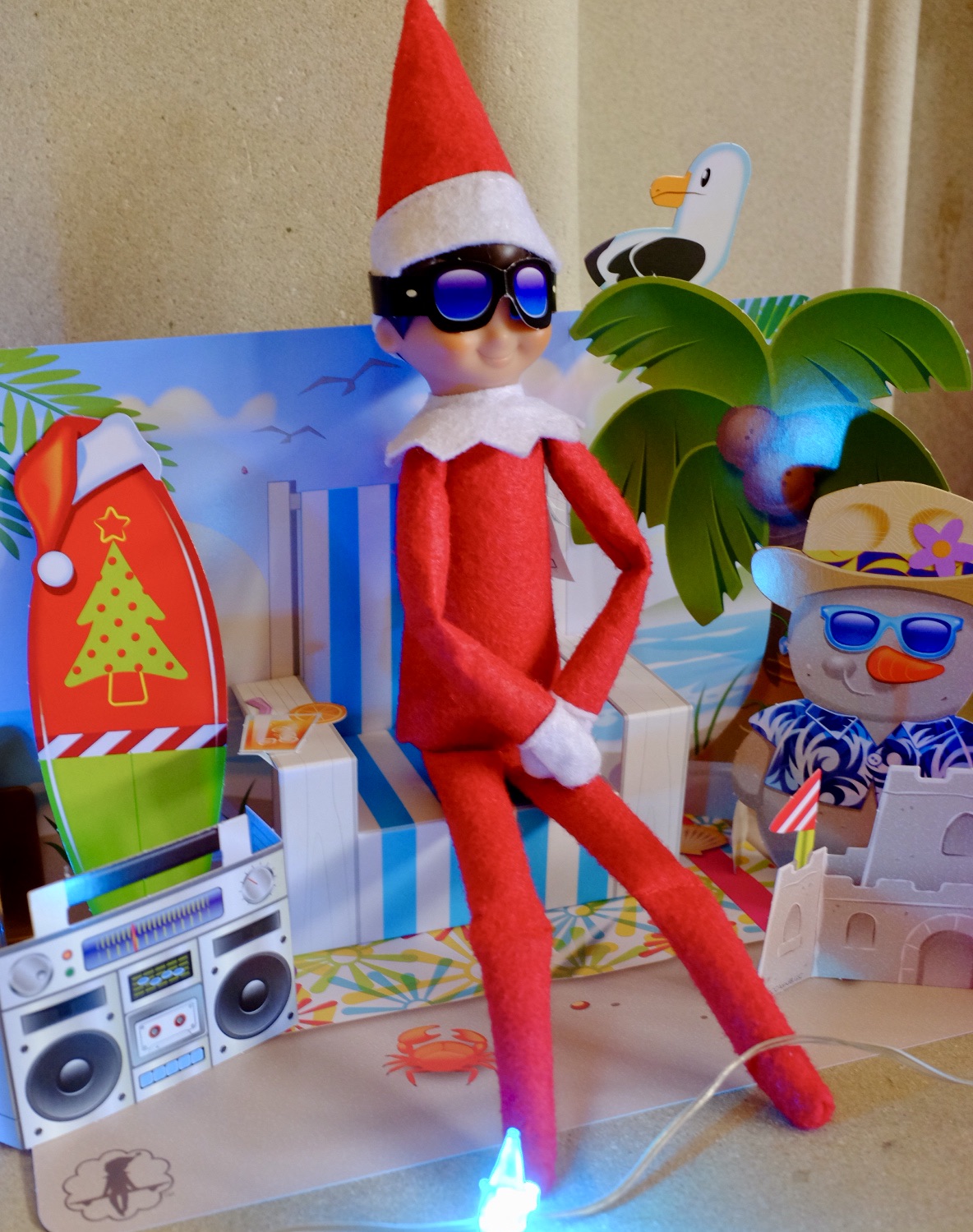 All kids love sweets and treats and Elf on the Shelf do some amazing festive treats, like Mallows, lollies and chocolate coins. I was unable to find these on the Elf on Shelf UK site but have showcased if found elsewhere! 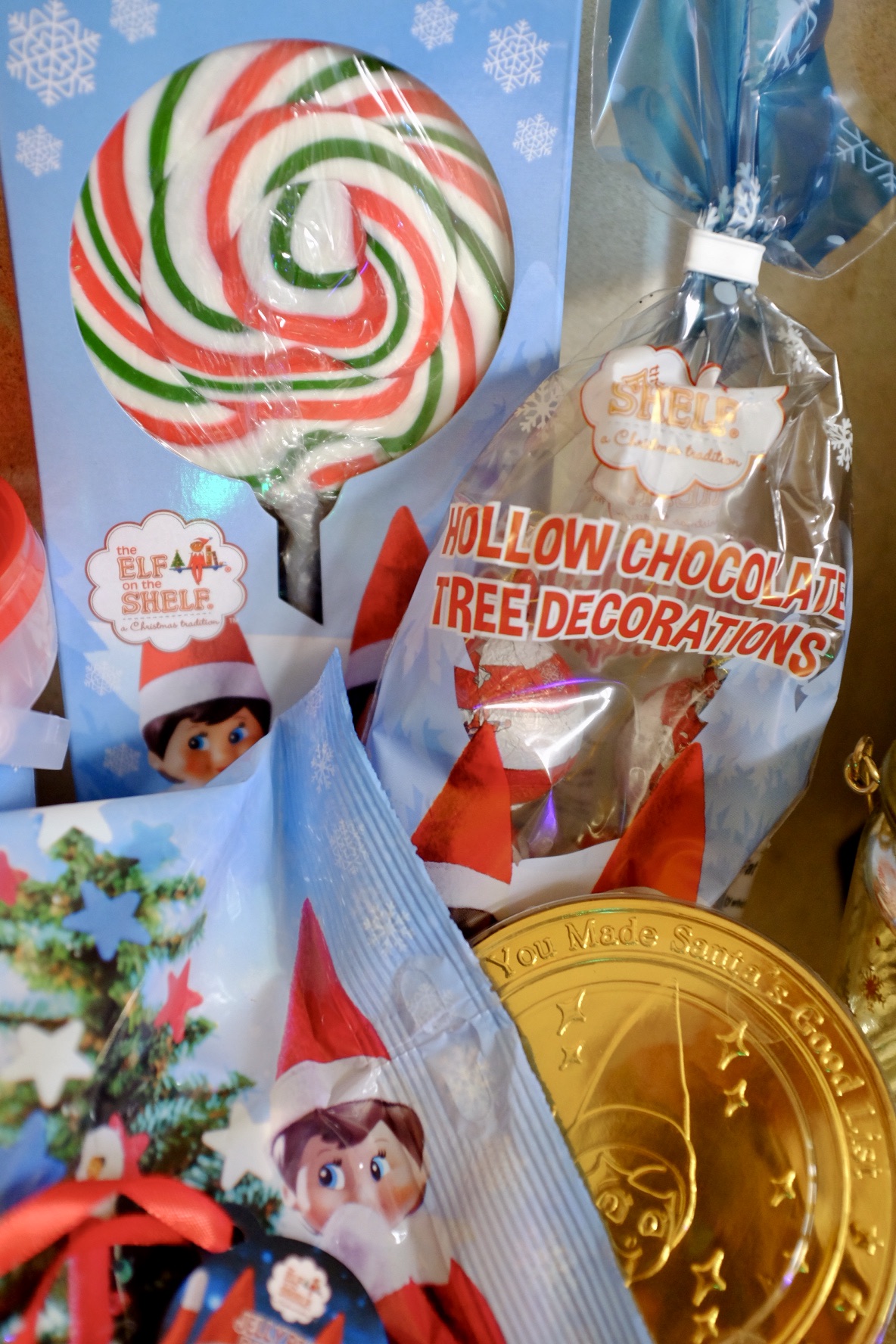 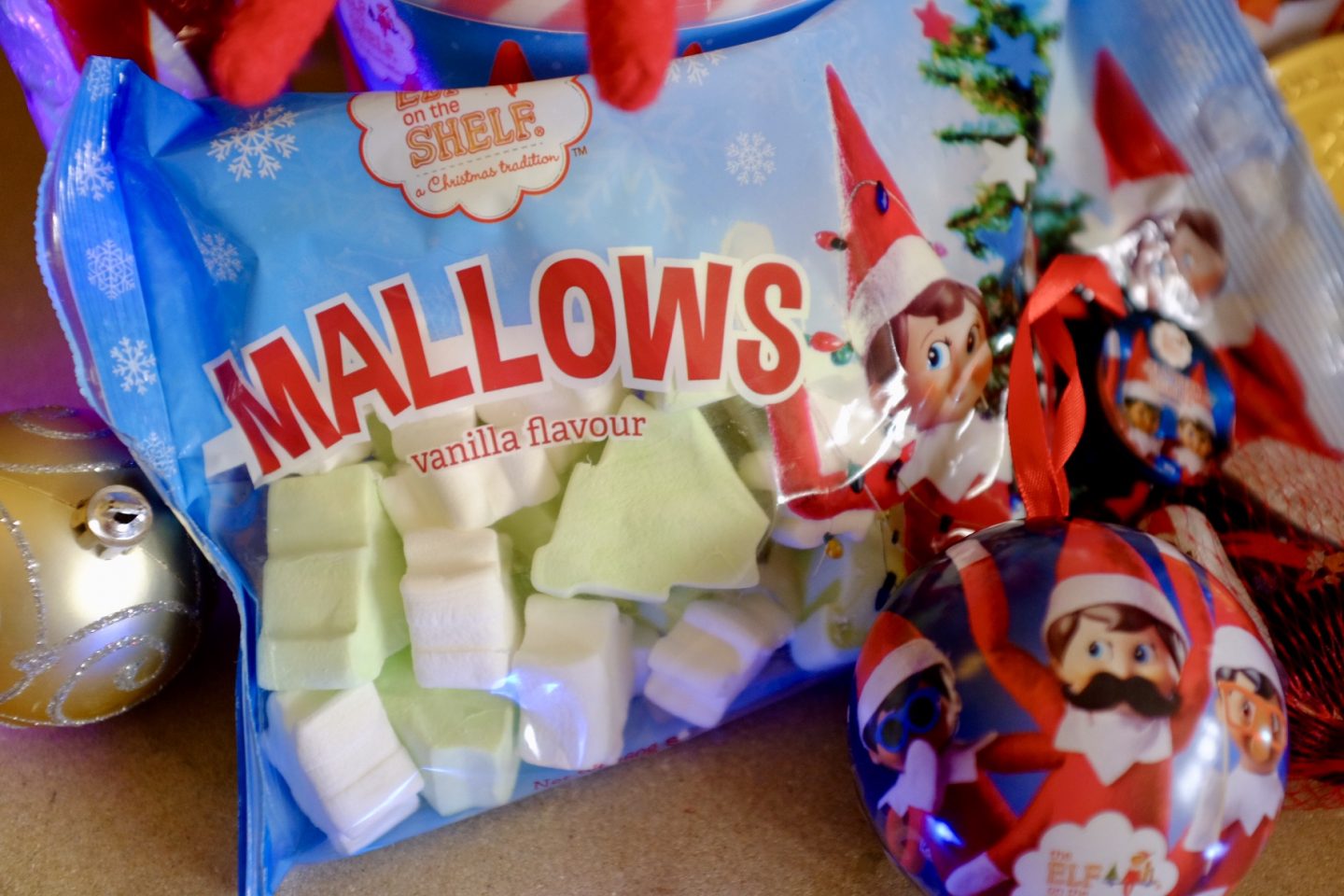 My girls are huge fans of collectables and anything small and cute, so I knew they would love these Merry Minis. These retail at £2.99. They would be great for Elf’s Arrival Day but also as lovely stocking fillers for Christmas Day, or Christmas Eve boxes. Every mystery blind bag contains an adorable Scout Elf or an Elf Pets mini figure. 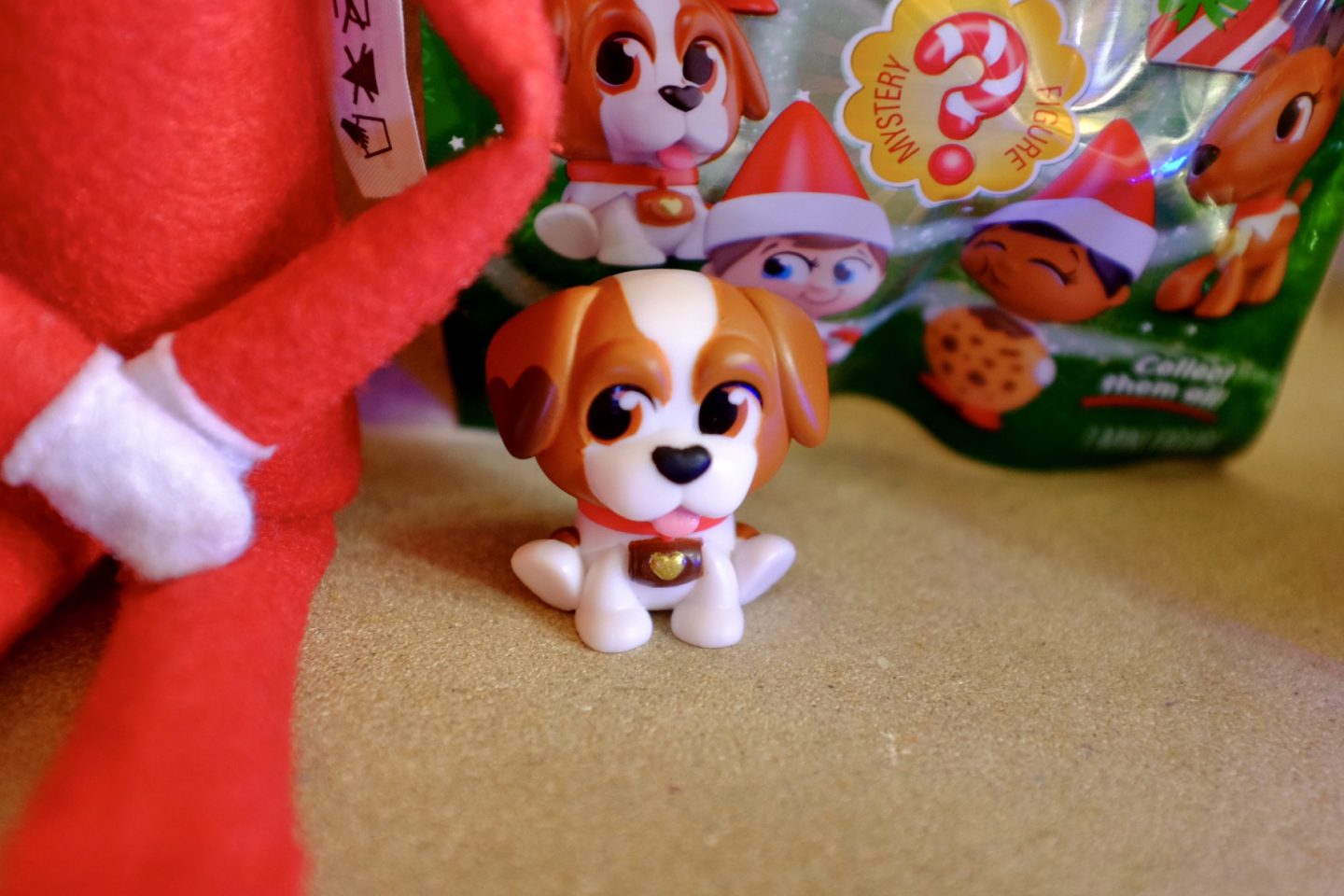 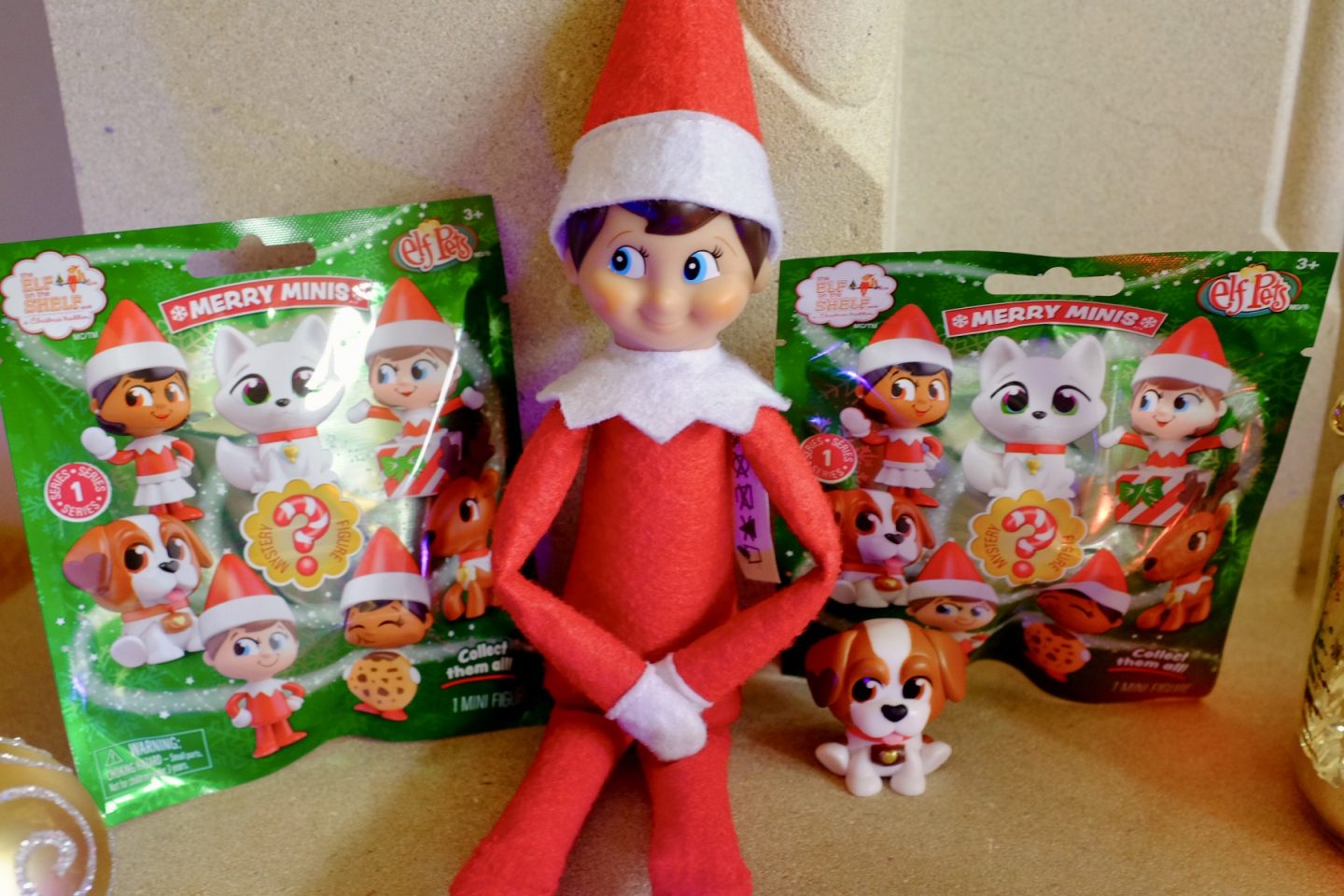 Elf Gets Dressed Up with the Claus Couture Collection

Dressing your Elf up is another amazing way to vary him daily and you can do this with the Claus Couture Collection. Each outfit retails at £9.95 and there is a Snowman, Superhero, Sugar Plum Fairy and even Mermaid! Kids will love this! Makes life easier the night before too! 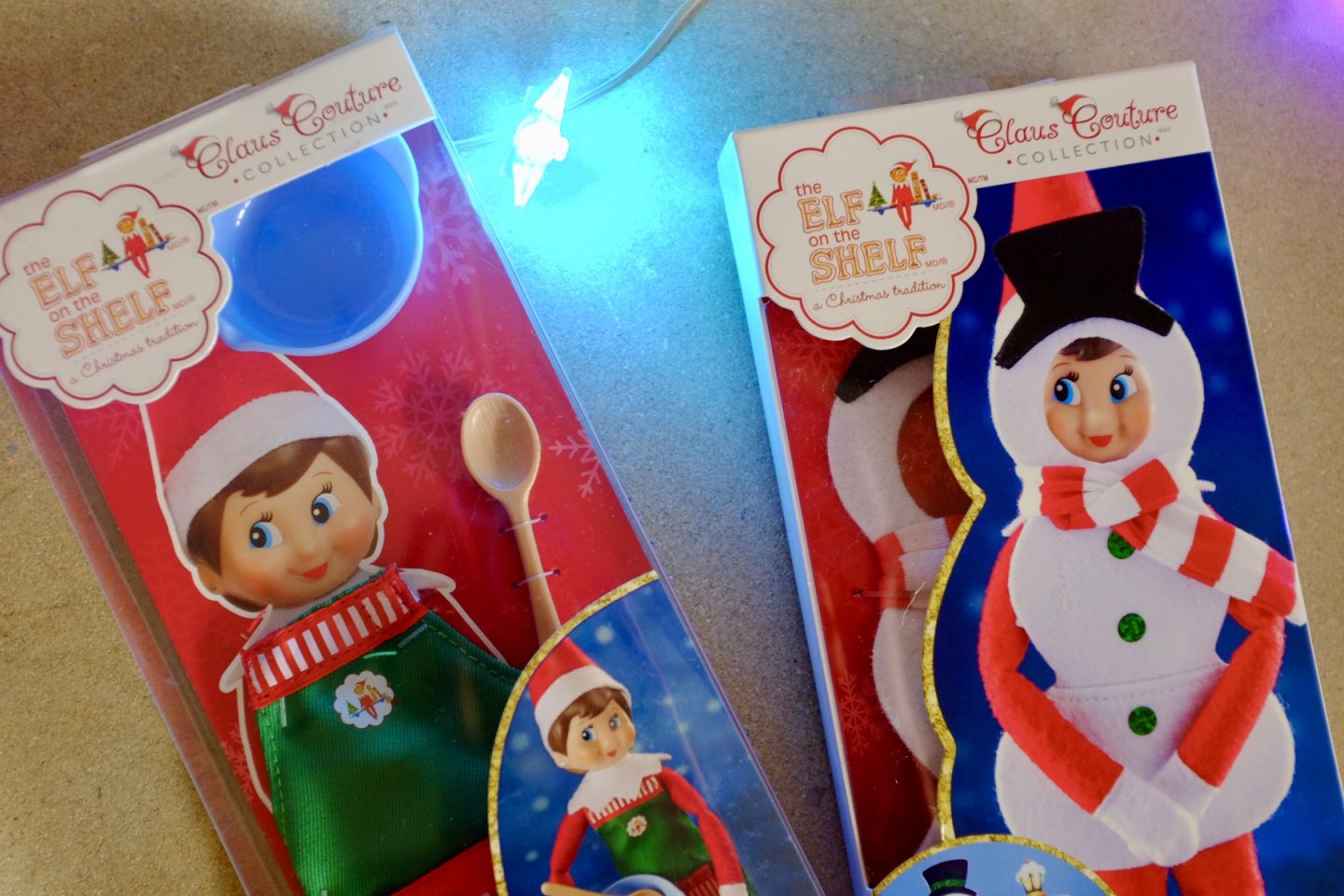 Elf and The World’s Smallest Elf

The World’s Smallest Elf on the Shelf made me laugh, as could you imagine trying to hide him and let your kids find him? A lot easier to do I’m sure. He’s very cute and retails at £9.99. He is is less than 4 inches from the tip of his hat to the bottom of his feet. Lovely for kids to keep after your Scout Elf has returned to the North Pole too! 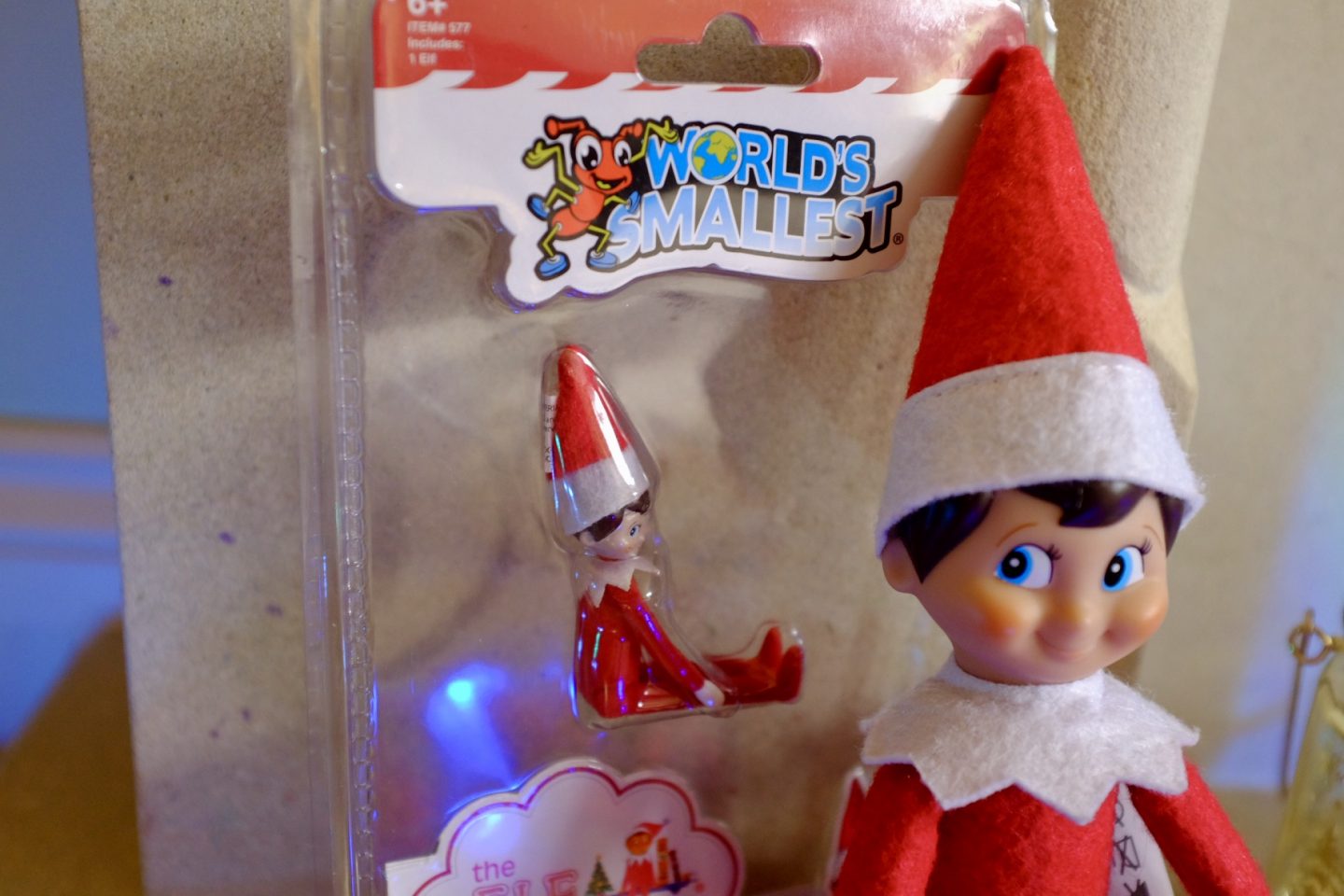 We all love to chill and watch a Christmas film in December and especially this December! Why not introduce your little ones to Santa’s Reindeer Rescue film when your Elf arrives on December 1st. Retailing at £6.99. Can Scout Elf and the Elf Pets save the day when Santa’s test flights run into trouble? 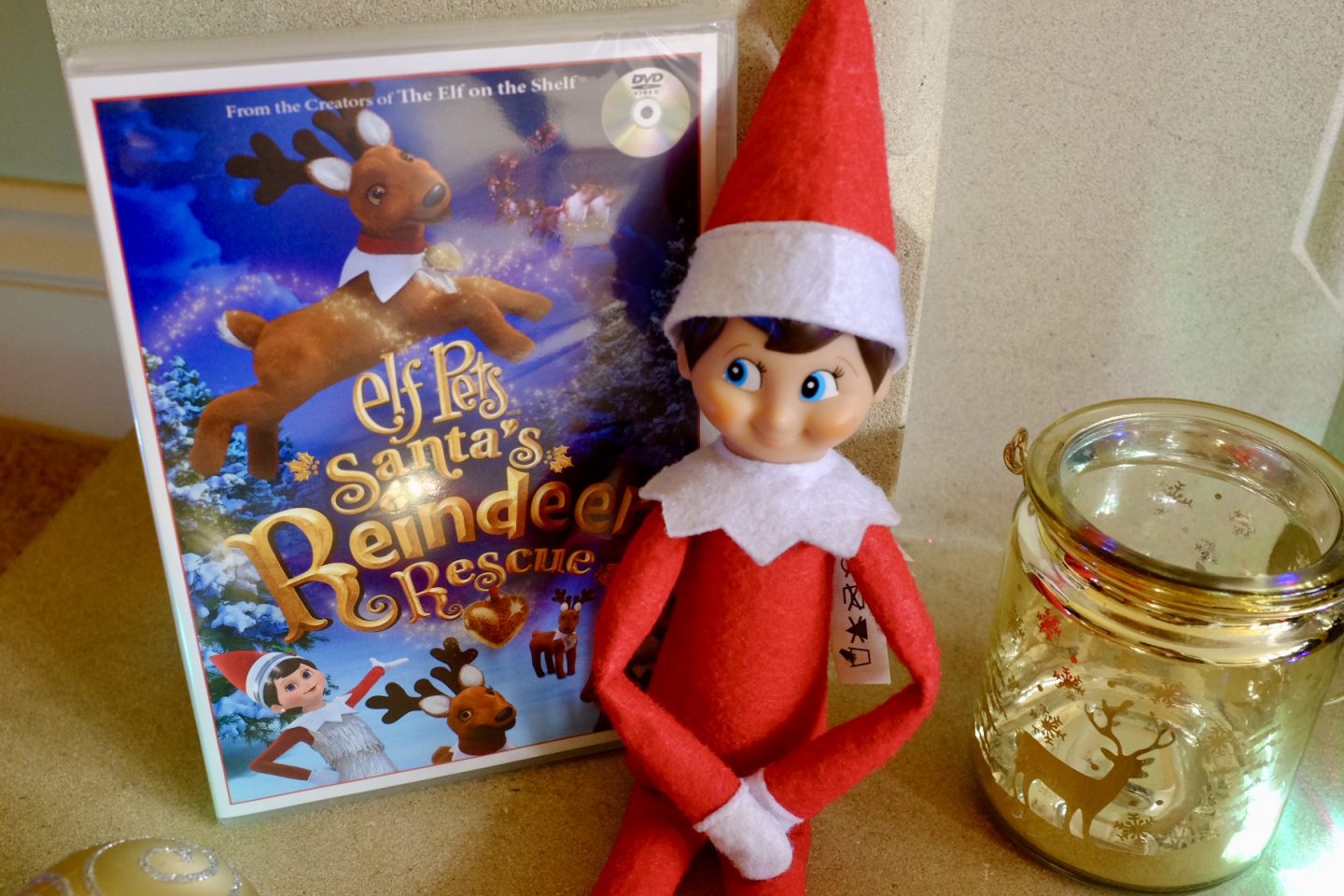 I was amazed at much the Elf on the Shelf UK store offers for Elf on the Shelf Arrival Ideas. However big or small you are planning, there is something for everyone. Plenty of Christmas Eve box ideas and stocking fillers too!

Writing this post has made me very excited for December 1st and seeing my kid’s faces. I hope these Elf on the Shelf Arrival Ideas give you some inspiration too! 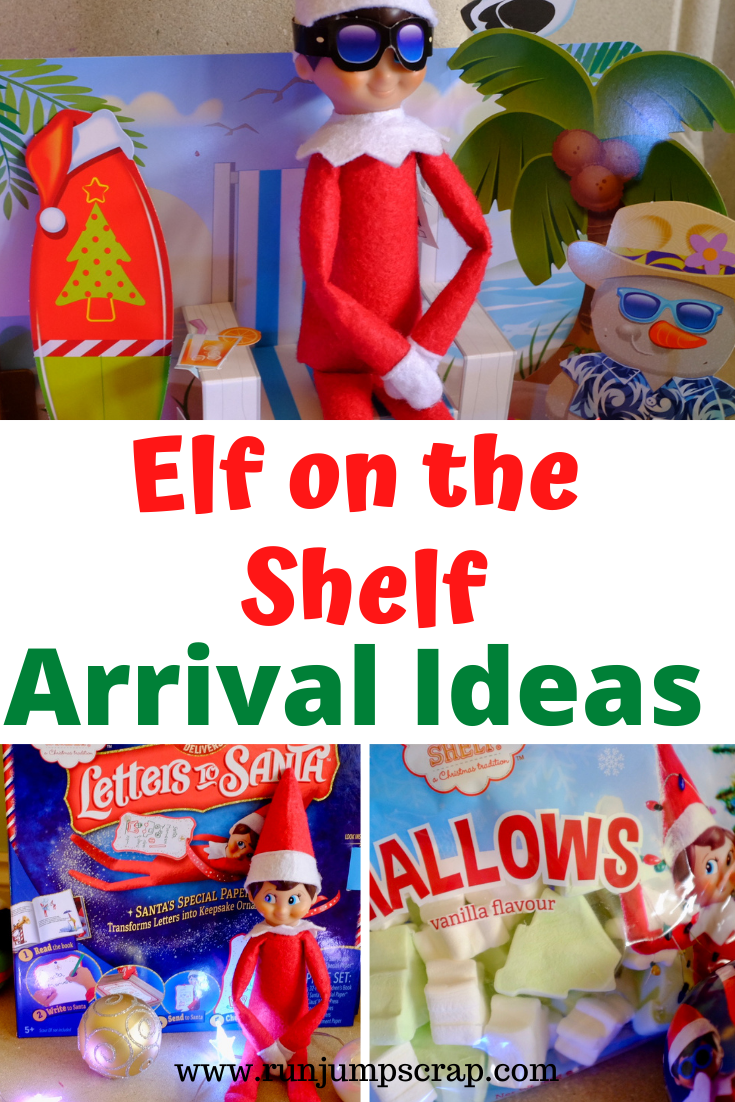 Disclosure – I was provided with these products in exchange for a post. All thoughts and opinions are my own.