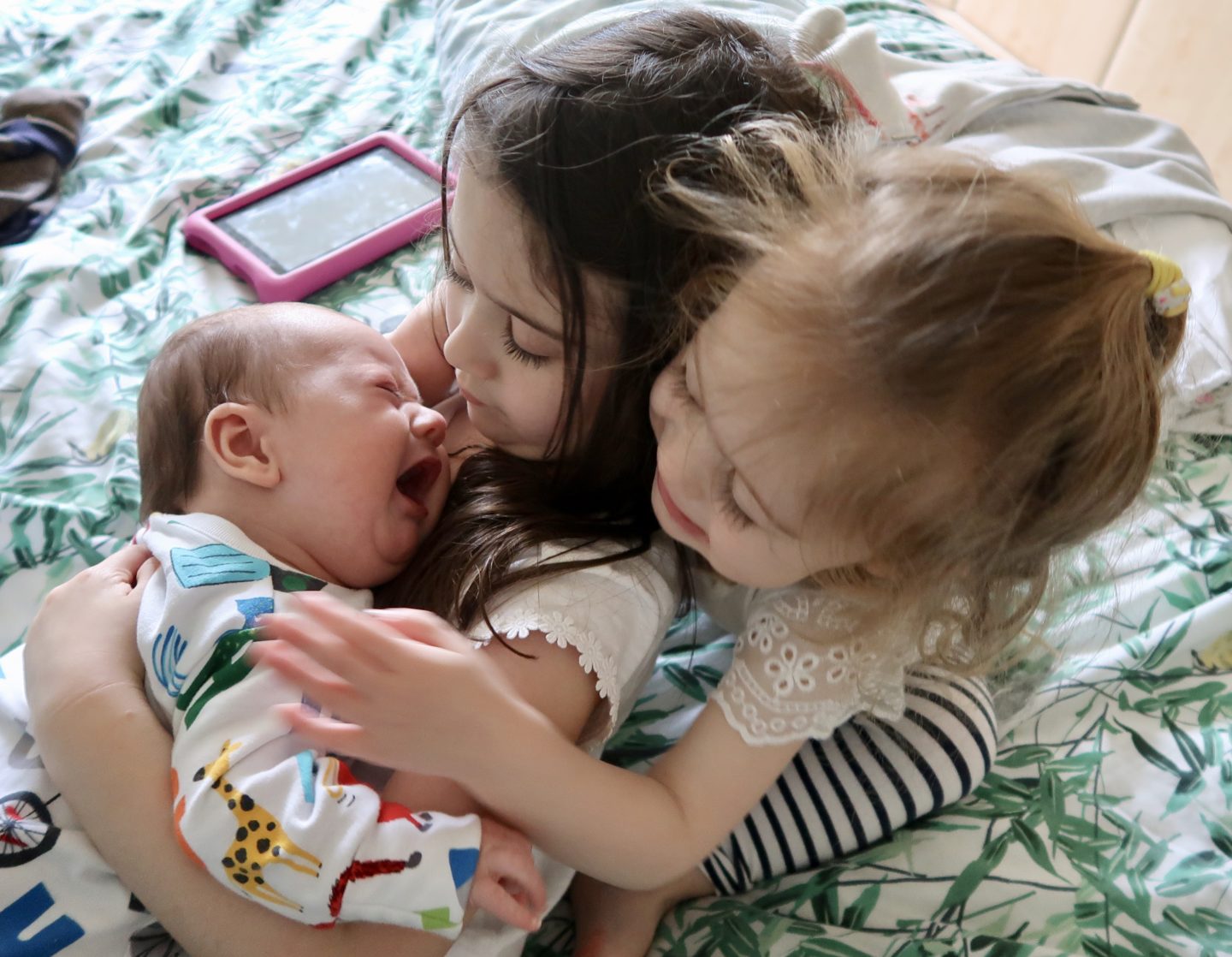 We had always thought about having a third child. I remember the midwife asking after Piglet was born, would you have another? I hesitated and she immediately said I’d have another. I was never sure but hubby always wanted three kids. A squad. A tribe. Personally I thought he was bonkers and both of us are one of two, so I was a bit surprised when he wanted a third.

I was just scared by it all and when I fell pregnant a little earlier and unexpectedly after our holiday to Crete, we realised there actually was quite a few things to think about! Thing is by that point we had less than 9 months to think and sort it all out.

Since I have had the little guy and realised what it it is really like to have three kids, there was probably even more to consider!! But time is short and sometimes you do just have to role with it And you do! You cope but if I had more time to consider it?

What to Consider Before a Third Child

– Space. We have four bedrooms but really want to keep one of them as a spare room. We are in the process of having our garage converted to an office for hubby to work and to free up a room but at present the little guy’s clothes are all on the landing! You have to think about where everyone will sleep and where will you store all their stuff and I will never get how much space kids taken up.

– Will you buy a car that can fit in three car seats for a third child. It is possible to avoid this and buy smaller seats but we  knew we needed to buy a new car, as knew we would need to boot space as well. We felt a bit mad shopping around as it is a big purchase, so do your research.

– Can you cope with splitting yourself in 3? This I have found really hard. You are outnumbered massively. Two yelling at you at once is manageable but three? A screaming baby and two kids? One always wants you when another does. You are feeding the baby and one needs help on the loo or with their reading. That’s tough and you definitely get less one on one time with them. 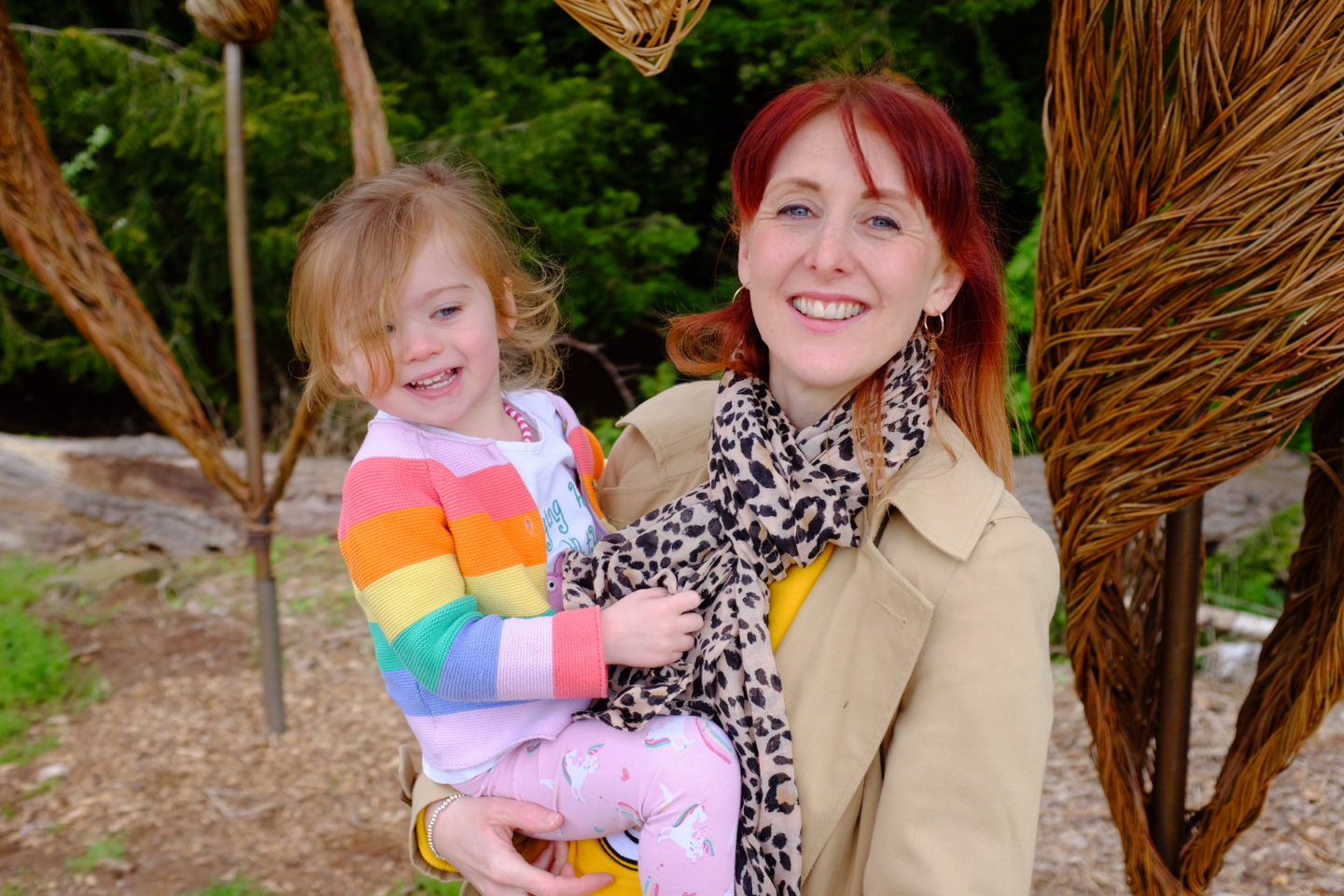 – Noise levels will go up even more. There are now three of them. If two do your head in with the screaming and crying, have a good hard think!! My hubby actually gets the rage when the girls start screaming.

– Will you still go on holiday as more difficult with three due to cost and logistics. We always go away with my parents as yes we enjoy each other’s company but we also love the extra pairs of hands. I’m not sure we would manage three just the two of us, with such a small baby in tow that needs us.

– Finances. This probably should have come higher up but I hate talking about money. Money is a big deal though. One of my mates said three put her off as she wanted her kids to do activities but it obviously gets pricey the more you have! Yes I agree! Holidays, clothes, eating out! The list does go on and money has to be considered.

– Work. I usually work three days a week and am already thinking will I cope going back? I know I will go back but the logistics of drop offs and pick ups from nursery and school for my hubby mainly and me is worrying. Also, coping with illness and we have had a rough time germ-wise since the little guy was born. It means carers leave and time off. So the question is, will you manage going back if you work?

Of course we would never regret having our third little man but it has been an adjustment. I don’t believe a third child just “fits in” and loads of people say it does!! Unless you have a dream baby (we didn’t), you all still have to adapt and get into a new routine. You are confident being a parent by number 3 but it is a whole new person to look after.

It’s doable of course and we have had some fun along the way! Life is hectic and loud and chaotic but we wouldn’t have it any other way. 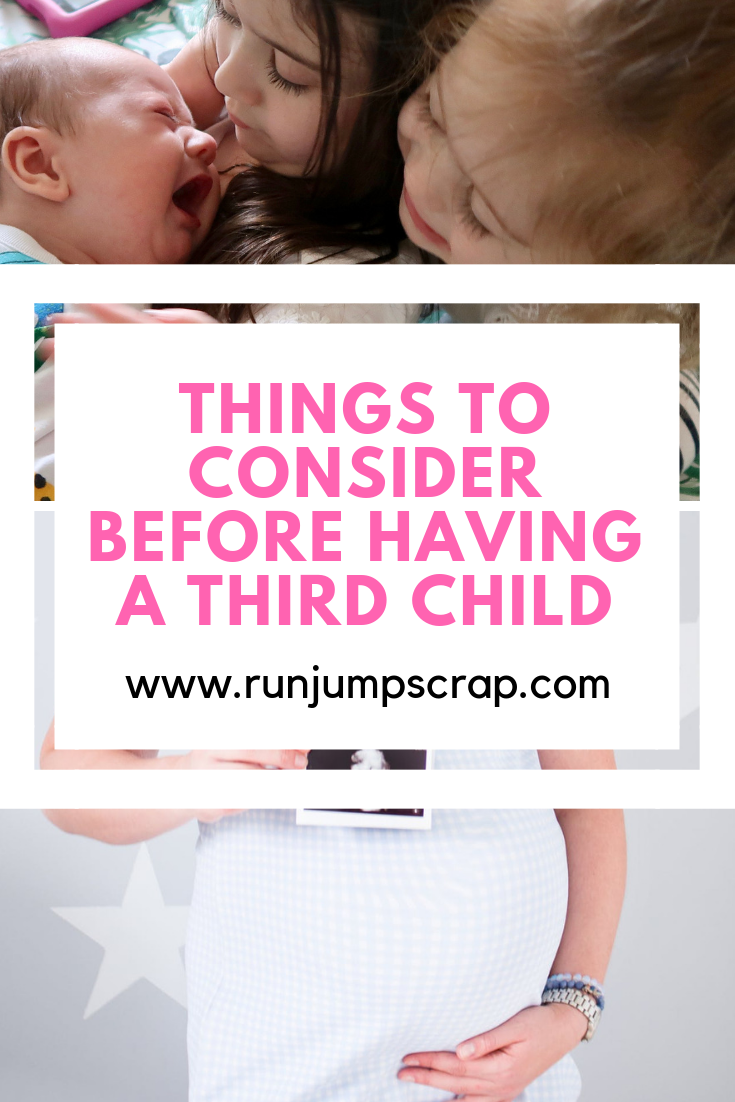